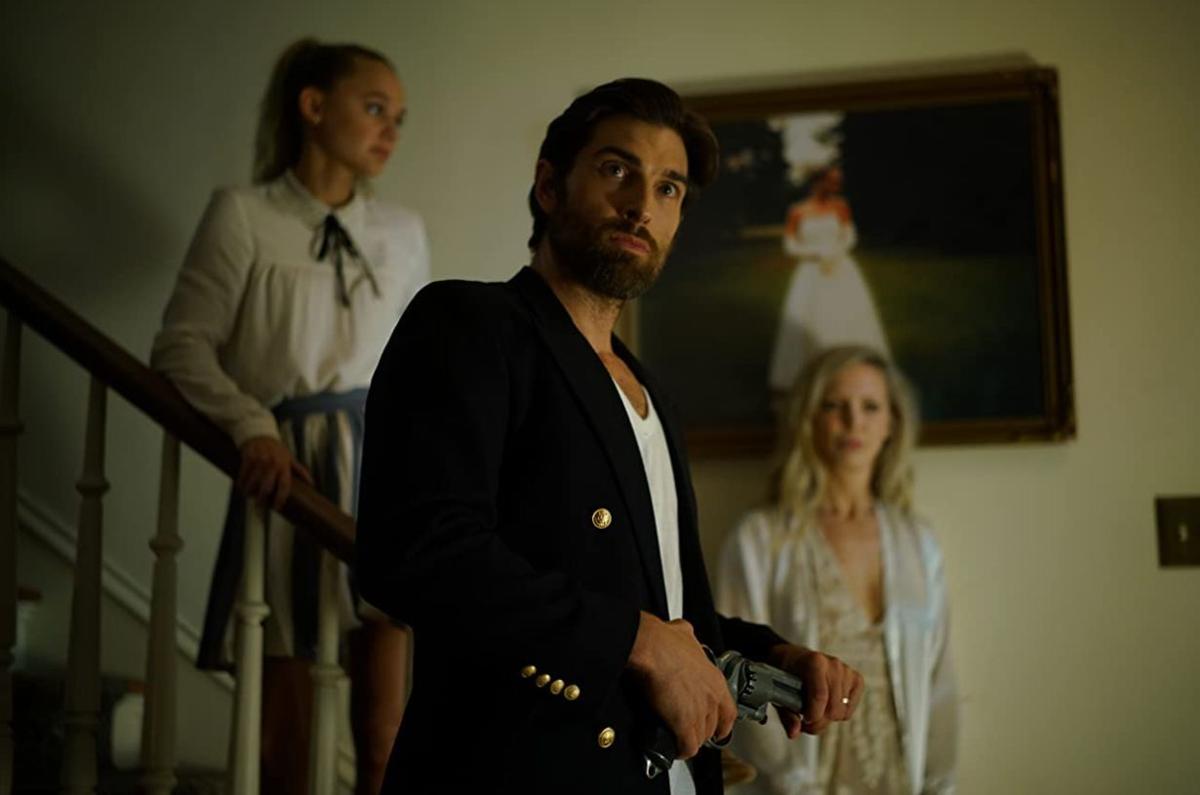 Racine native Michael Rupnow is pictured with a gun in hand as he stars as Whitman in the film, "The Fox Hunter," released in 2020. 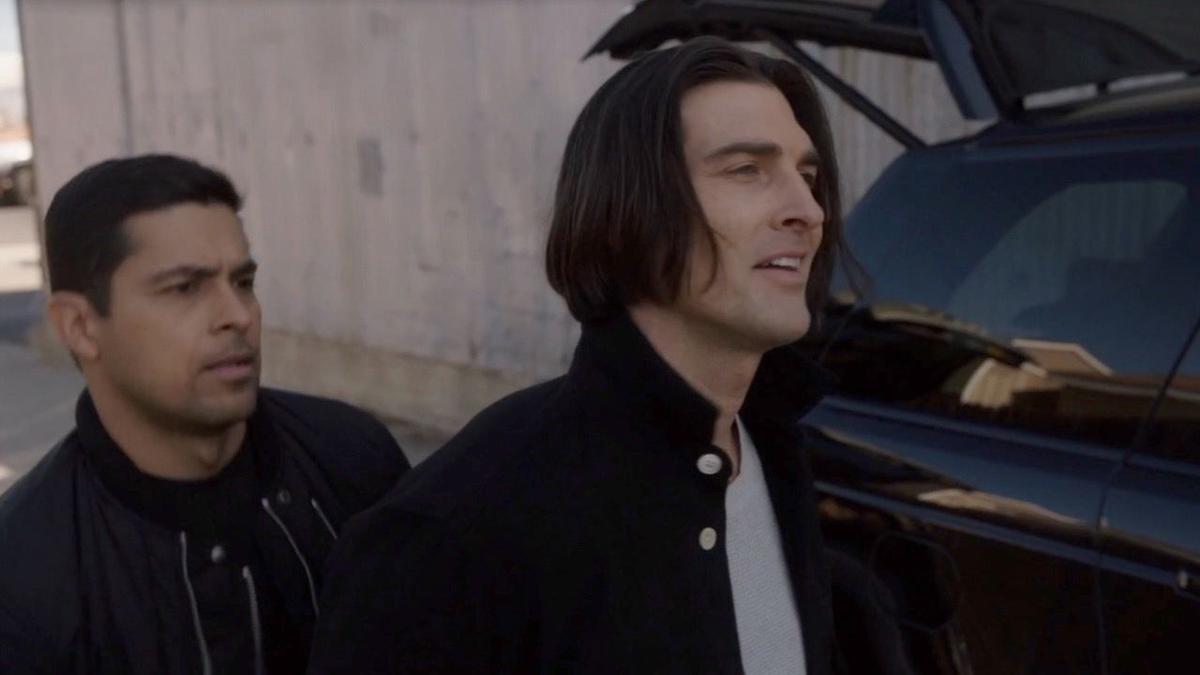 Racine native Michael Rupnow was featured as Parker James in the TV series "NCIS" in the episode "Misconduct" which aired in 2021.

Rupnow has appeared on award-winning network shows including “How I Met Your Mother,” “Bones,” “NCIS” and “Modern Family.” He’s mainly played supporting roles and one- or two- episode characters but has played some larger and lead roles in the film “The Fox Hunter,” and TV movies “Sisters of the Groom” and “The Confession.” His IMDb page boasts more than 30 credits.

“The Fox Hunter”, which was released in 2020 and is about a Southern family that deteriorates when the grandmother dies, starred Rupnow as a womanizer character named Whitman. Whitman doesn’t appear until more than halfway through the film but is one of the main characters and helps climax the plot.

Out of Rupnow’s recent filmography, that was the role he was able to sink his teeth in the most, he said.

“I definitely am proud of that,” he said. “The film is quirky, and artistically speaking it was very fun. The director had a specific ask for it.”

Director Patrick Shanahan said Rupnow surprised him more than any of the others on the cast list. He spoke of Rupnow’s energy and ability to push people.

“I knew what the other actors were bringing to the table,” Shanahan said. “But Rupnow brought such high energy and brought a new spirit for the character.”

Rupnow often challenged him, Shanahan said, fighting back in a playful, respectful way of the manner the character should be portrayed, and Shanahan learned a lot from Rupnow.

“He challenged me more than I was willing to challenge myself,” he said. “The Whitman character really shines.”

Rupnow noted his recent TV roles were all really fun, but primetime shows such as “Modern Family,” “Bones,” “Chance” and “NCIS” are all well-established programs that he was honored to be a part of, even if his roles may have been small. The roles varied in content and the amount of dialogue Rupnow had.

“NCIS” was the biggest of those three.

He said despite that, he’s proud of having all those roles and they’re all on the same level in his heart. He appreciated working with seasoned actors and directors.

“I can’t rank any of those because they all were such an honor to be a part of,” Rupnow said.

Rupnow, 40, grew up in Racine and graduated Park High School in 1999. He makes it back to Racine to visit family for holidays, summer trips and family events. His parents, sister and brother and their families all still live in the area. They, along with other members of his family including his wife, are the reason he feels supported in his career.

“I couldn’t do it without their support. It’s a challenging gig,” he said.

Hollywood outside of Hollywood

He lives in Los Angeles with his wife Amy and his son Bodhi, who was born July 2020. The couple plans to stay in LA, or at least live there part time, and part time somewhere else. The pandemic has changed the audition process; actors can submit pre-recorded clips for consideration.

“Only a few call backs are in person, but not all call backs,” he said. “That frees up industry members to not be tied to LA.”

Rupnow, who works as a fitness coach and manager for Orangetheory Fitness as his day job, is additionally writing some independent projects of his own. While still regularly seeking audition opportunities, over the past five years he’s written a few feature-length scripts and is currently revising a pilot episode for a historical project.

“Artistically, I want to continue to be blessed with opportunities to dig into roles that are layered and offer a different perspective to the human condition that I’m not present to,” he said. “Professionally, I would love to be able to have a production company sometime, strictly producing or have a career that shares with acting, writing, directing and producing, and gain experience in all four of those avenues.”

As far as current projects, Rupnow isn’t shooting anything currently, but he’s in the pre-production stages with a film he wrote with a friend via FaceTime. They’re going to be shooting it in the next few weeks.

As his network grows, he is beginning to work with some of the same people. His director, Tawnia McKiernan, was the same for both TV series “NCIS” and “Devious Maids.” He said it was fun to reconnect and share previous memories with McKiernan.

“Being here in LA, the more talent you put in, you start to cross paths with the same people,” Rupnow said. “The worlds start to intertwine.”

In the acting industry, it can be hard to maintain motivation after being rejected as a candidate for a role. Rupnow said acting is a “log run” and times can be tough.

“I’m just going to keep my nose to the grind and keep pushing forward,” Rupnow said. “At this point, having done it for a while, I know there’s going to be a lot of swings and misses. But once the right opportunity comes along, I can be grateful for it.”

Shanahan said Rupnow is the kind of person that he “needs to write something” for. The two have stayed in touch and Shanahan said he knows they’ll work together again someday.

“He was really one that shone through pretty dramatically,” Shanahan said. “After day two (on set), I was like ‘oh my god, he’s incredible.’”

Those who tried to save The Capitol-Park Theater take away pieces of it, literally

Brick exhibit in the car

Inside of minivan brick exhibit

Friends of the Capitol Theater signs 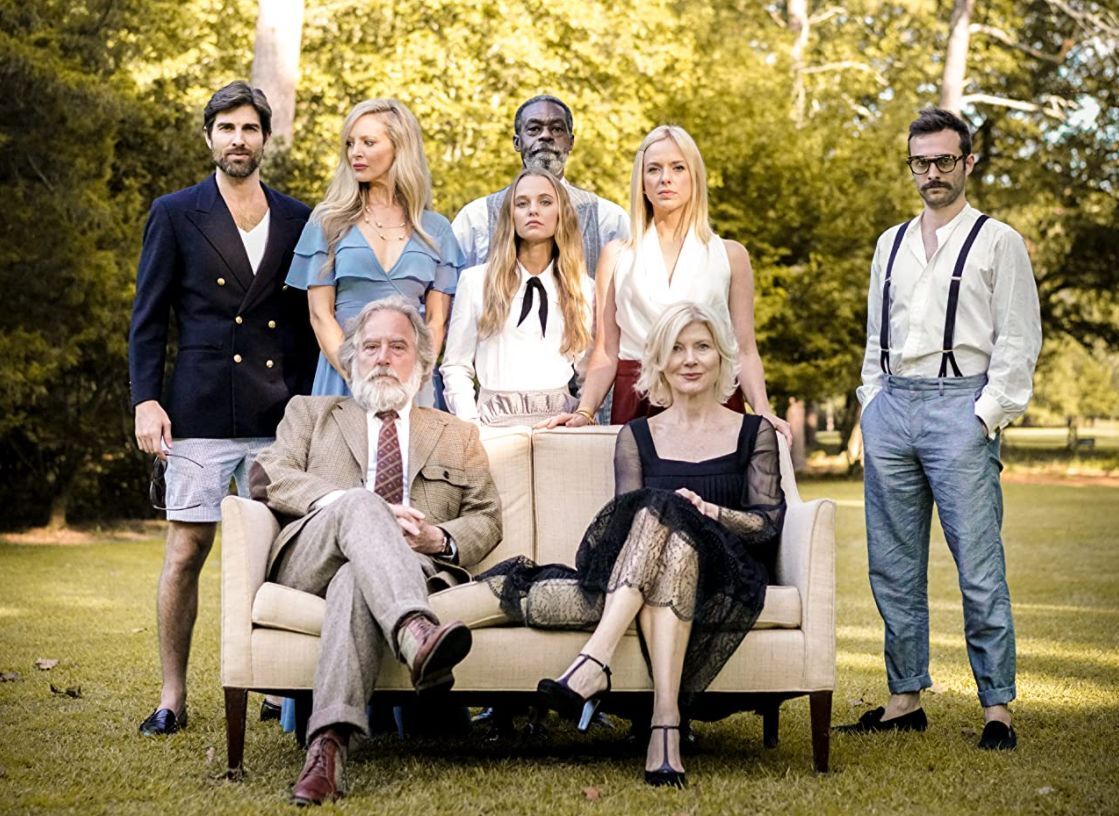 Racine native Michael Rupnow, far left at back, stars as womanizer Whitman in the film, "The Fox Hunter," which was released in 2020.

Racine native Michael Rupnow is pictured with a gun in hand as he stars as Whitman in the film, "The Fox Hunter," released in 2020. 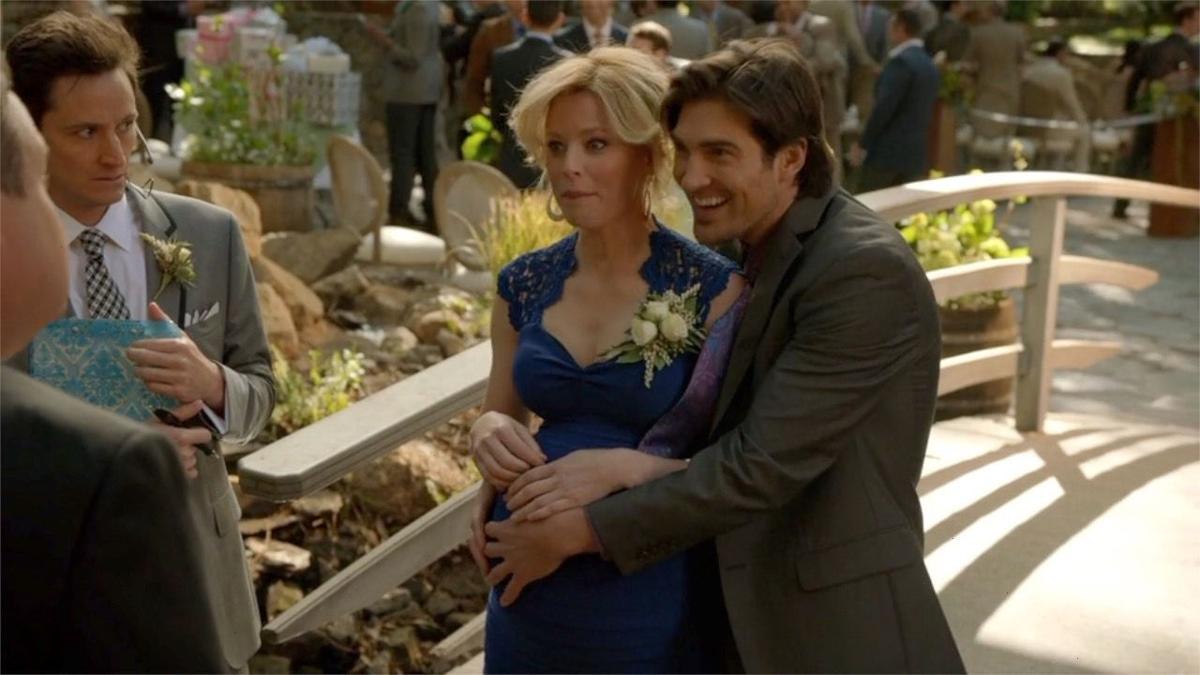 Racine native Michael Rupnow was featured as Parker James in the TV series "NCIS" in the episode "Misconduct" which aired in 2021. 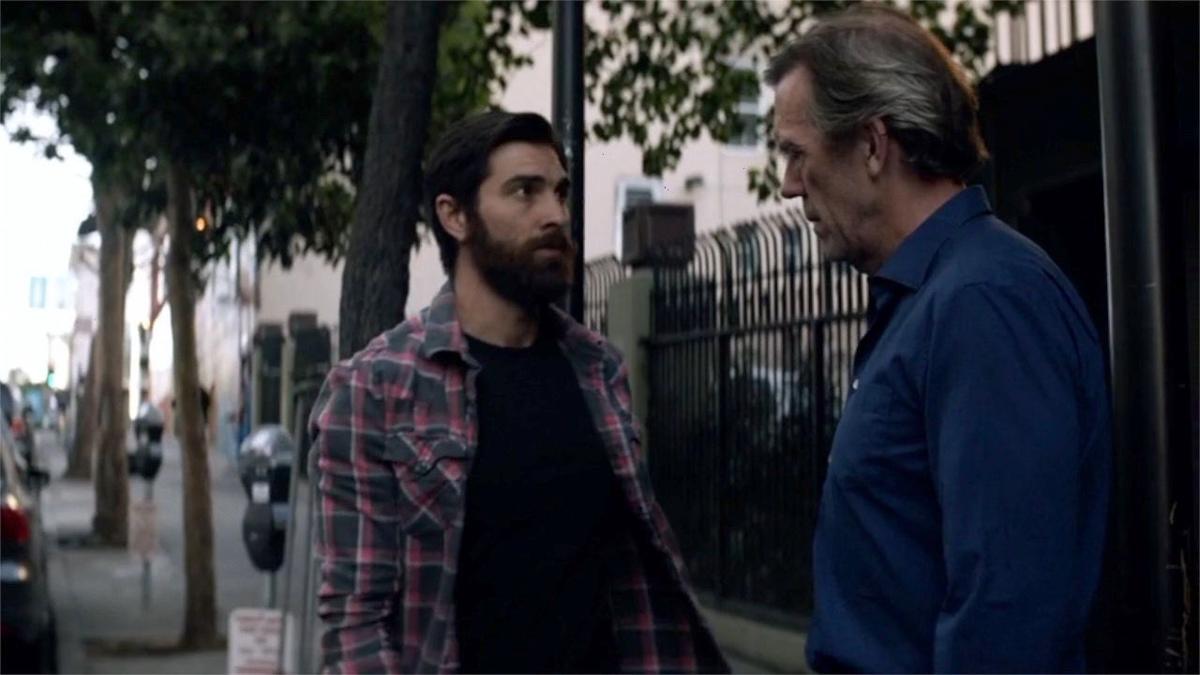 Racine native Michael Rupnow, left, appeared as Neil in three episodes of the series "Chance" that all aired in 2016. Next to him is English actor Hugh Laurie, starring as Eldon Chance. 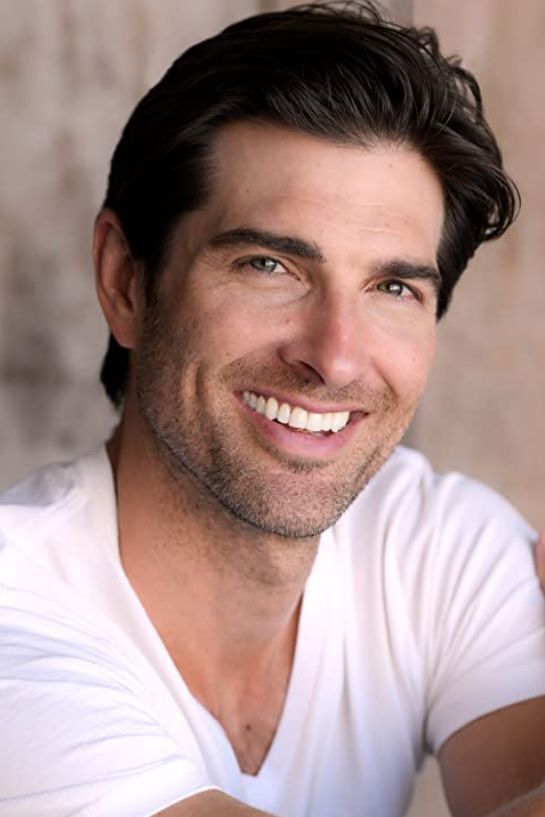