BURLINGTON — New signs of racial tension are surfacing in Burlington as a task force provides a fractured assessment of efforts to implement strategies for improving race relations.

On a night when the Burlington City Council expected to hear about progress, aldermen instead were confronted Tuesday night with a new account of conflict sparked by a Confederate flag display.

Members of the task force exhibited their own disharmony, too, when they differed openly on the question of how much has been accomplished to implement anti-racism ideas that have been on the table for more than a year.

"If you're more worried about the perceptions of the community than the actual community, there's a problem."

One leader of the task force lashed out at Mayor Jeannie Hefty, who appointed the task force, in an exchange that took place during Tuesday’s City Council meeting.

Laura Bielefeldt, president of the Burlington Coalition for Dismantling Racism and a member of the task force Hefty created, referred to the new episode of a Confederate flag being prominently flown in the community and called out Hefty for inaction on such incidents.

“These are the things, Mayor Hefty, that people of color are looking to you to make a statement on,” Bielefeldt said.

Bielefeldt then challenged the mayor to explain why she created the task force. Hefty’s response: “I did not like the way Burlington was being portrayed.”

Seizing upon the word “portrayed,” Bielefeldt replied, “If you’re more worried about the perceptions of the community than the actual community, there’s a problem.”

The exchange followed a presentation to the City Council moments earlier by Josiah Angley-Thorngate and Brittany Angley-Thorngate, a couple who moved to Burlington in November from the West Coast.

Brittany Angley-Thorngate, a mixed-race woman, said the couple has been distressed to find a Confederate flag displayed at a neighboring property. She called it a symbol of hate that carries an implicit threat of violence toward racial and ethnic minorities.

“The message that flag sends to me and to all other people of color is clear: We are not welcome in this community,” she said.

Alderman Bob Grandi was the only council member to respond to the couple’s concerns.

Noting that the couple lives in his aldermanic district, Grandi said hearing their story about feeling unwelcome in Burlington “broke my heart.”

A task force out of the public eye

Following several such incidents of racial tension in recent years, Hefty last year announced the creation of a task force to explore the issue and make recommendations.

The group’s membership was not disclosed to the public, and its meetings were held behind closed doors. But the city agreed to spend $10,500 to hire Brookfield-based Organization Development Consultants to facilitate the discussions.

Last July, the group produced a report listing ideas for addressing racism, including public education forums, targeted action in the schools, a strategy for diversity and inclusion, a new community feedback strategy, and what the group called “formal and systematic activity” on racism.

The City Council has never taken action on the recommendations. The Burlington Area School District, which has created separate initiatives to address racism in its schools, has not taken action on proposals from the city that relate to the schools.

Instead, discussions have continued with a new task force that includes some members of the original group and some new members, including Bielefeldt.

As the one-year mark passed with few public signs of progress in implementing the recommendations from July 2021, the mayor asked task force leaders to give Tuesday’s presentation to the City Council.

David Thompson, a former school board president who is leading the group, did not cite any specific proposal that has been implemented. Thompson said attendance has been sporadic, and much work has involved getting the task force “organized,” even as recently as this spring more than half a year after the group was created.

He provided meeting minutes showing that there has been discussion about holding ethnic festivals, training police officers, conducting a community survey and engaging with businesses. The coalition failed to come together and did not co-sponsor or otherwise support the Burlington Coalition for Dismantling Racism’s annual Juneteenth celebration two months ago; Juneteenth celebrates the end of legalized slavery in the U.S.

Thompson told aldermen that the group will attempt to meet more frequently, once a month, starting in September.

“This task force has been anything but dormant,” he said. “It has been moving right along.”

Another task force leader, current school board member Marlo Brown, was in attendance, too, but did not address the council.

Bielefeldt told aldermen that she disagreed with Thompson’s assessment, and that she felt like the task force was ineffective and was suffering from resistance among city leaders to cope with signs of racism.

“It’s been pretty stagnant,” she said of the group.

Bielefeldt also questioned why the group’s name was being changed.

Hefty announced Tuesday that she was changing the name to simply “Burlington Community Task Force.” That came after, earlier this summer, members adopted the name, “Mayor’s Task Force on Equity, Diversity and Inclusion,” despite resistance from some members who objected to the word “equity” because they disagreed that Burlington has ever been a place of “inequity.”

As she was introducing Thompson to the council, the mayor also recounted her formation of the task force last year, saying the city would not “turn a blind eye” to race relations issues.

“I strongly stated that I did not feel the City of Burlington was racist, but that mistakes were made on both sides to create this portrayal,” she said. “That is why the mayor’s task force was created, to work these issues out, as we all are Americans whatever race we are.”

Line dance gets people moving at Juneteenth event in Burlington

Casey Sellers and others dancing at Burlington Juneteenth event 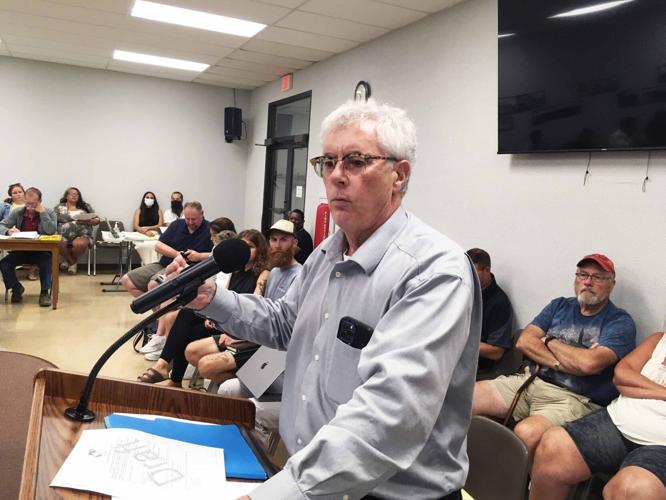 David Thompson, a former Burlington school board president, addresses Burlington City Council members Tuesday on the work of a race relations task force that he is leading at the request of Mayor Jeannie Hefty. 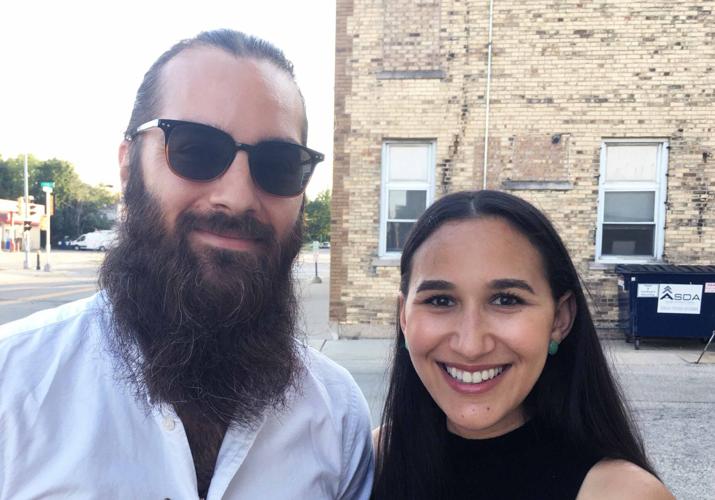 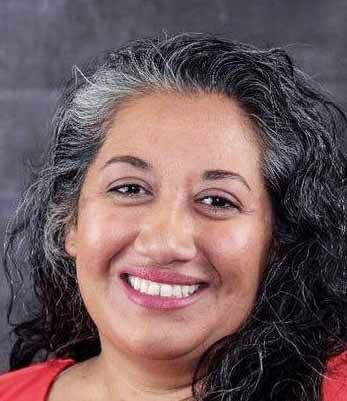 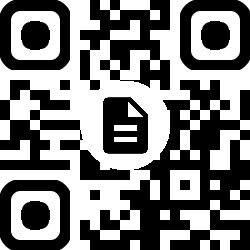 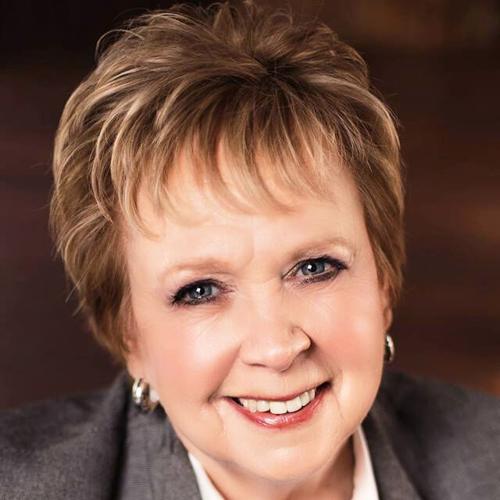