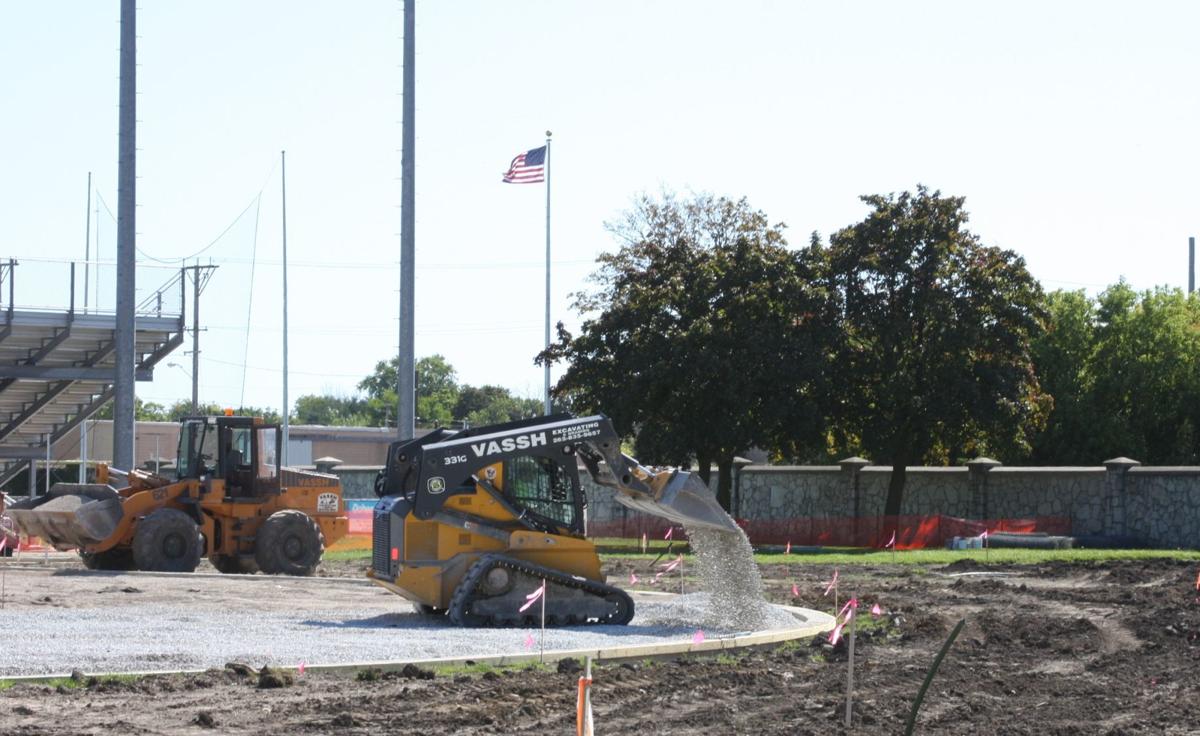 Workers from Vassh Excavating continue renovations Thursday morning at the Horlick Field baseball/softball diamond. They were putting down a rock bed base on the infield area, which is needed as part of the layering before artificial turf can be installed on the infield and part of the outfield. During the process, workers said they found a portion of the historic Horlick Field wall that had been knocked over and left under the field and an old, hand-stitched baseball. 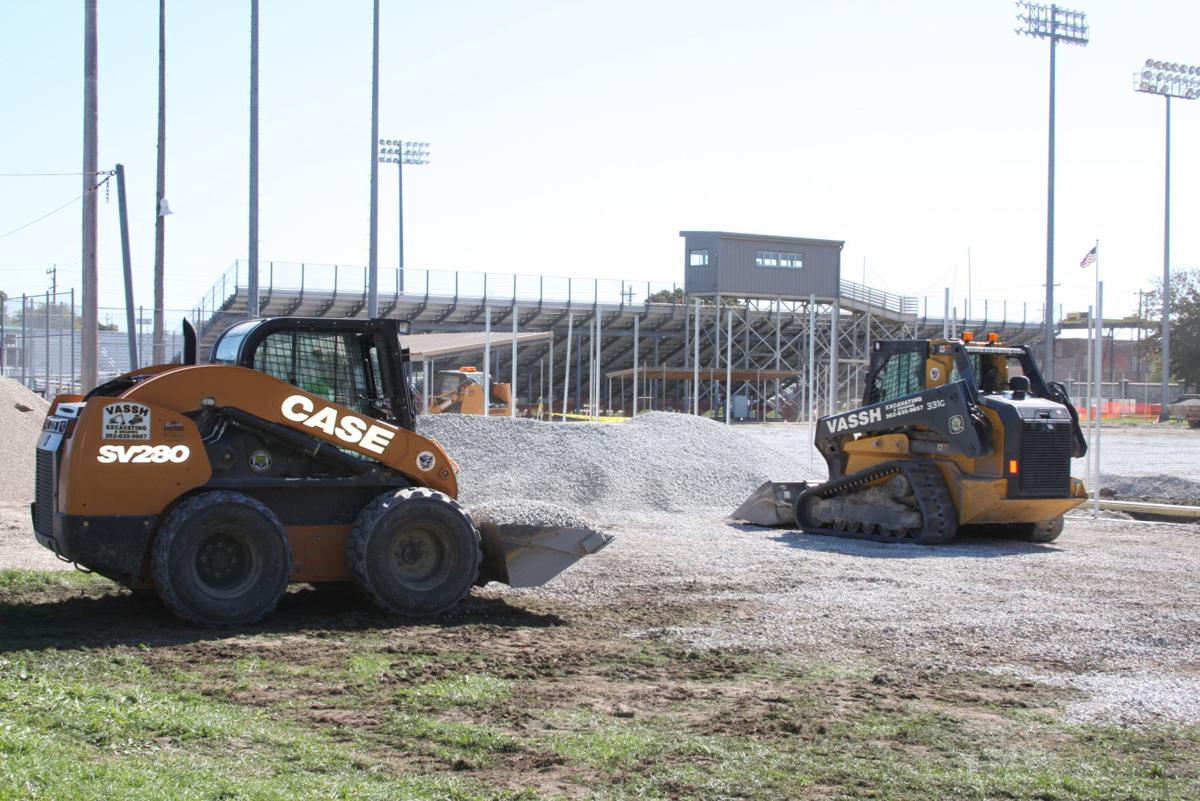 RACINE — No organized baseball team wants to play on a slick, soupy field, and the City of Racine has undertaken a project to limit those kinds of conditions at Horlick Field.

Renovations are underway at the city-owned ballpark at 1648 N. Memorial Drive, a ballpark that has been plagued for decades, and perhaps its entire existence, by rainouts. The makeover includes a new drainage system and artificial turf for the field, which has never had anything green that cows could not eat.

Tom Molbeck, director of the Racine Parks, Recreation and Cultural Services Department, said the approximately $450,000 project, which started in mid-August, will:

“That’s our elite field, and it’s used consistently from the end of March through August by high schools and traveling teams,” Molbeck said. “With the weather we have had the last three springs, we’ve had more cancellations. By doing this, I think more games will be played than cancelled.”

The improvements can’t come soon enough for Jim O’Brien, who has been umpiring for 50 years. He’s long thought that Horlick Field was not a great place to play baseball, because of poor drainage and other issues.

“It’s long, long overdue,” O’Brien commented Friday. “It has always been one of the worst in southeastern Wisconsin.”

O’Brien has a few complaints about the field named for William Horlick, inventor of malted milk, who donated the land for the park to the City of Racine. One of the largest, as Molbeck acknowledged, is the drainage.

Molbeck agreed that drainage has been a nagging problem there. “There were valleys,” he said, “and rain made it really noticeable.” At times, he said, “the outfield was like a lake. This is going to help.”

Molbeck said the current project will correct both the slope of the outfield — without being noticeable even to players  — and the drainage system below the field’s surface.

O’Brien said that after the renovations “it has to be better than it was, because it was terrible.”

O’Brien’s complaints about Horlick Field go beyond its poor drainage.

“I’ve never understood why the city could not dedicate one field just for baseball; it’s cut for softball,” he said. “… So, the grass only goes out 60 feet from home plate. It should be about 85 feet.” Also, he said, there are two or three pitching mounds, or rubbers, in the infield.

“The whole diamond is badly designed,” he continued. He said the dugouts are too far from home plate.

The current renovations will address two of those concerns. The new artificial turf will indeed turn the field into a regulation baseball diamond with 90-foot bases. It will extend partway into the outfield, beyond the base paths, which will be brown to mark them as such, said Bob Rafel, city parks facilities specialist.

But the field will still be able to host softball games, with bases that can be anchored at 60-foot distances with Velcro, Rafel said.

He said the single bullpen behind home plate will be replaced by one on each side, just beyond the dugouts — which are not moving.

The goal is to have the work completed by Oct. 19, when the ballpark officially turns 100 years old. Women from the former All-American Girls Professional Baseball League, made famous in the 1992 motion picture “A League of Their Own” — a league which included the Racine Belles — are scheduled to play a softball game that day in old-time uniforms to commemorate the anniversary. Details have yet to be finalized.

“It’s long, long overdue. It has always been one of the worst (baseball fields) in southeastern Wisconsin.”

"The city is honored that they will be playing with the ladies of our local softball teams," a press release from the mayor's office stated.

RACINE — Racine’s Parks, Recreation and Cultural Services Department is laying the groundwork for phase two of the renovations at Horlick Athl…

Governing at a distance: How will Racine move forward with no meetings?

RACINE — How do you govern during a pandemic?

Workers from Vassh Excavating continue renovations Thursday morning at the Horlick Field baseball/softball diamond. They were putting down a rock bed base on the infield area, which is needed as part of the layering before artificial turf can be installed on the infield and part of the outfield. During the process, workers said they found a portion of the historic Horlick Field wall that had been knocked over and left under the field and an old, hand-stitched baseball. 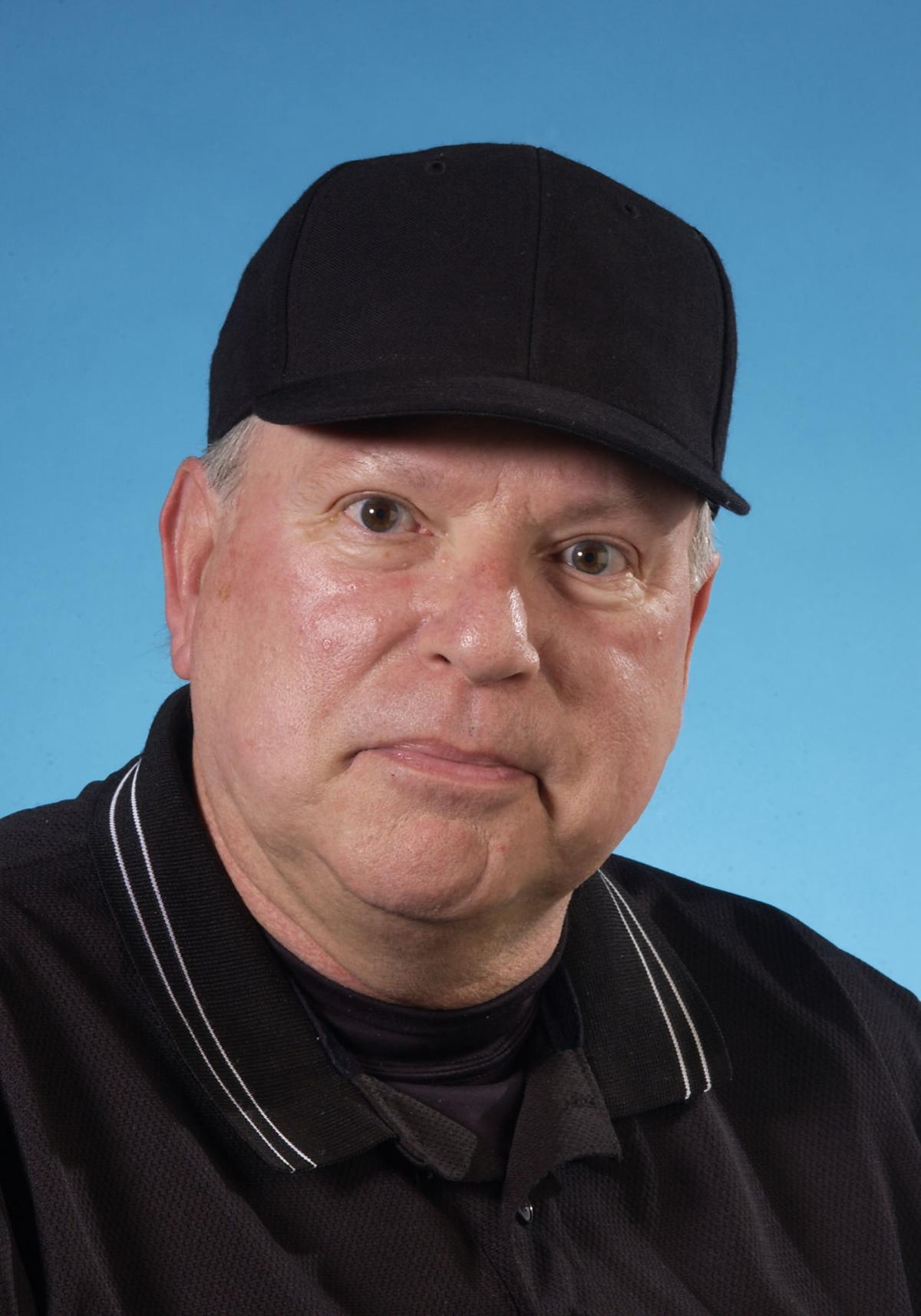