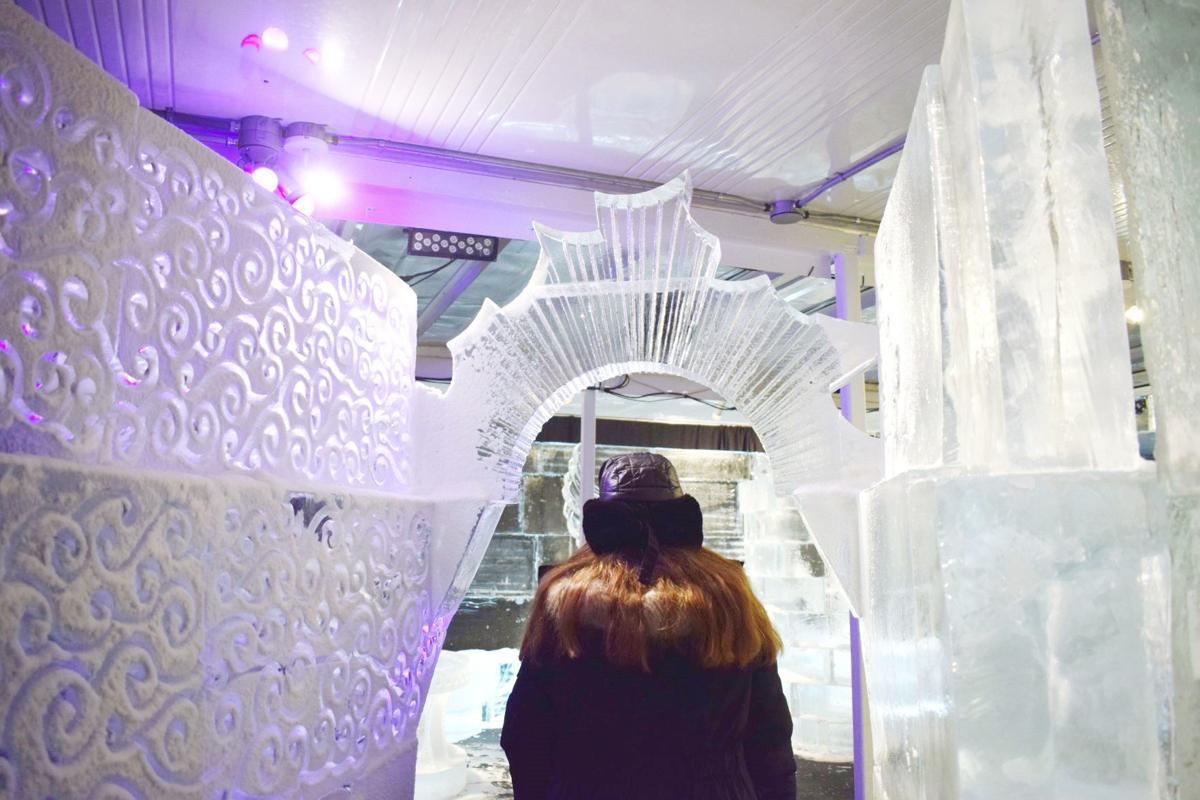 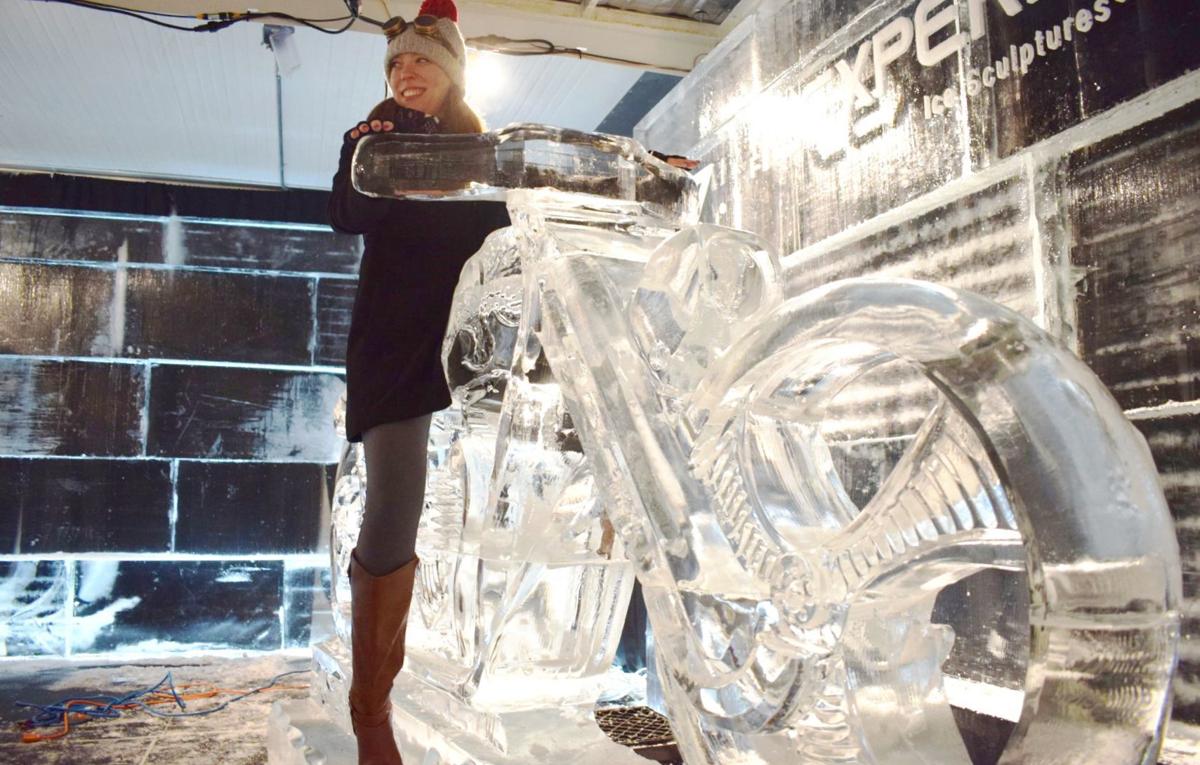 Kristen Wroblewski, a specialist with Art Below Zero, sits on an ice motorcycle Nov. 6 at the IcExperience in Yorkville.

YORKVILLE — Where can you go to to see over 50 tons of carved ice?

You don’t have to look very far.

Attendees can pay $22 Wednesdays and Thursdays and $25 Fridays through Sundays to bundle up and wander through 50 tons of carved ice in a 23-degree exhibit, watch demonstrations outside, play ice games or grab some drinks and listen to music in a warming tent.

Jeanne Kouivunen-Zuleta, Zuleta’s wife and vice president of Art Below Zero, gave The Journal Times a preview of the IceXperience Wednesday afternoon as staff members were putting the final touches on the exhibit.

There are pieces of ice furniture to sit on, photo opportunities to be had and intricate carvings to marvel at. A 36,000-pound ice motorcycle has a seat for riders and a “time machine” is filled with colorful streaks. Each 300-pound block of ice Art Below Zero produces is valued at about $400, so the IceXperience is made of about $130,000 worth of ice.

Kouivunen-Zuleta said about a quarter of the sculptures will be altered or swapped out for new ones as the season goes along.

“I’m excited about opening tomorrow, but I’m more excited for three weeks from now,” she said in reference to how she envisions the experience constantly changing.

Forty-nine people can fit in the ice zone, which is kept at a frosty 23 degrees Fahrenheit.

In the warming tent, the experience will serve Ghirardelli hot chocolate and a rotating selection of beers from Milwaukee Brewing Co. Food trucks and different musical guests will also be on premises on the weekends.

The hours are subject to change. Tickets can be purchased at www.theicexperience.com or at the exhibit if tickets are not sold out.

The exhibit is also available to be rented for private parties on Wednesdays and Thursdays.

Zuleta, who grew up in Venezuela, has been sculpting ice since he was 16. He has done ice-sculpting around the world and is ranked among the top ice-sculptors internationally. His award-winning ice carvings have been featured in competitions and exhibitions in Alaska, Belgium Canada, Colombia, France, Germany, Holland, Mexico, Venezuela and on the CNN series “Somebody’s Gotta Do It.”

YORKVILLE — Inside a colorfully decorated workshop set back slightly from North Sylvania Avenue, water is worked into wonderful forms by the i…

Art Below Zero makes its move to larger facility

YORKVILLE — After years of award-winning work ice sculptor Max Zuleta, the lead artisan at Art Below Zero, has made his move.

Kristen Wroblewski, a specialist with Art Below Zero, sits on an ice motorcycle Nov. 6 at the IcExperience in Yorkville.