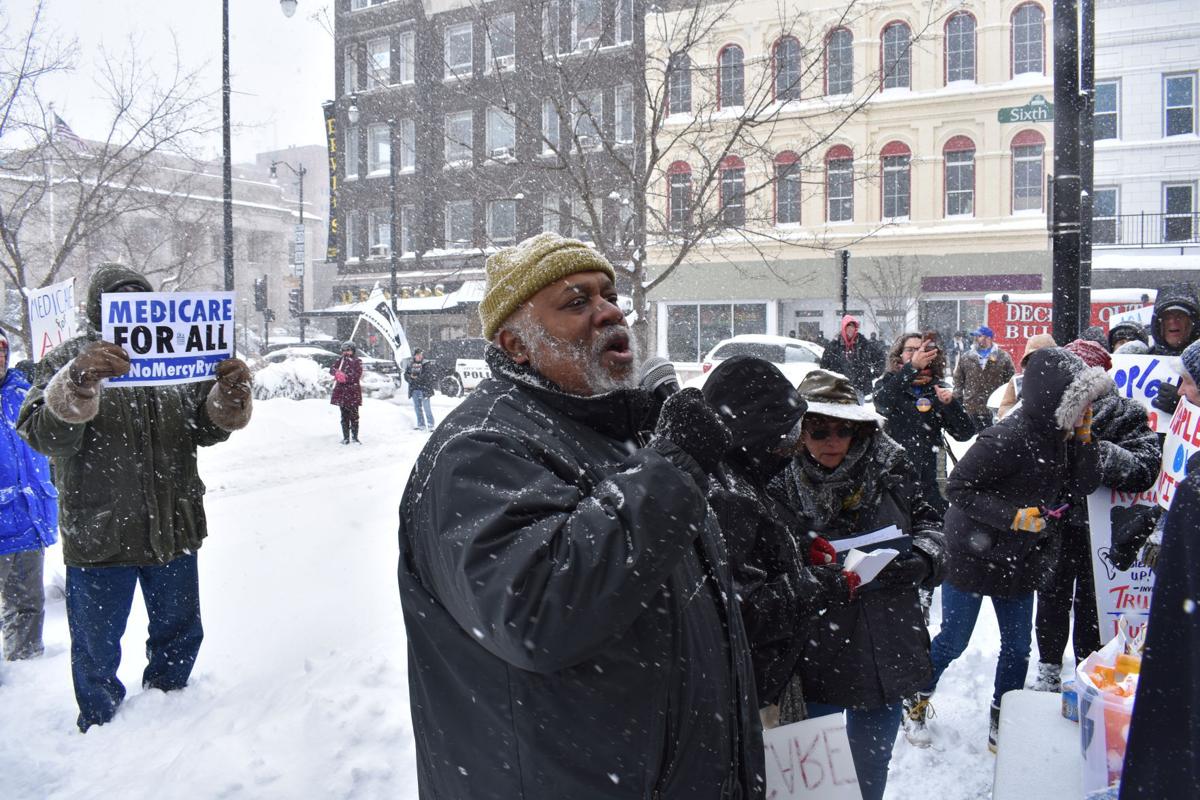 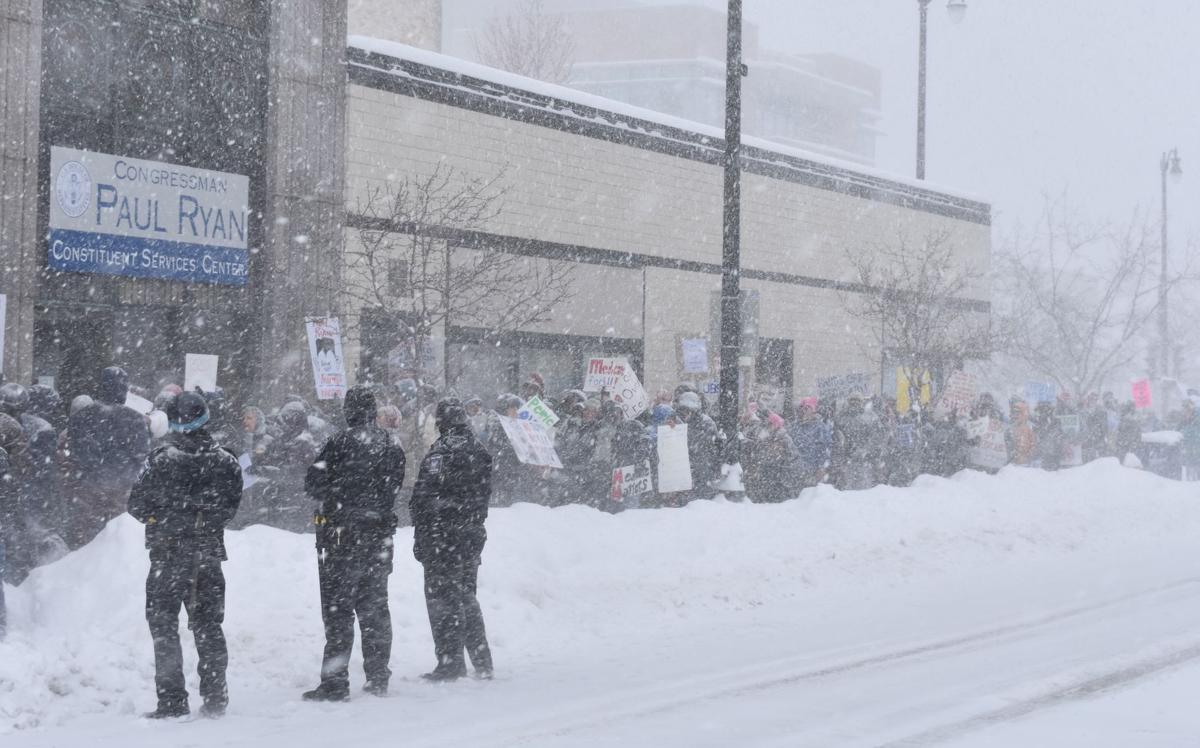 The noontime rally came a day after the nonpartisan Congressional Budget Office estimated 24 million fewer Americans would have health coverage over the next decade under House Republicans' plan, of which Ryan was a driving force.

The protesters, many of whom arrived on a bus from Illinois, said the American Health Care Act would hurt lower-income people while helping those better off.

"The Republican plan doesn't really repeal or replace, but it aims to make the rich get richer and it cuts the health care for all the rest of us," said Pastor Fred Kinsey of Chicago.

In a statement Monday, Ryan said the CBO report showed the legislation will lower premiums and improve access to care while reducing the federal deficit by $337 billion.

Ryan's office attributed much of the drop in coverage to the proposed repeal of the individual mandate, which requires people to purchase insurance.

"Paul appreciates hearing the opinions and feedback of his constituents, he fully respects their right to voice their concerns, and he hopes any future demonstrations will continue to be conducted in a peaceful and civil manner," Ryan spokesman Ian Martorana said in an email.

The fate of the bill is unclear. President Donald Trump backs the legislation but several Republicans in the Senate do not. With Republicans' Senate majority at 52-48 and all Democrats lined up against it, the GOP cannot afford many defections.

"It shows how important this is to people," said Robert Kraig, Citizen Action executive director. "It is a life-and-death issue and people don't want anyone left out in the cold when it comes to health care."

The protest drew people from around the region because of Ryan's role as speaker, Kraig said.

"He's become a national figure, but what comes with that is national responsibilities," Kraig said. "It will impact people in Racine just as much as it does in Chicago."

Tammy Wolfgram of Hartland said she and her daughter could not get insurance prior to the Affordable Care Act, which Republicans have long sought to repeal.

She's worried about both of them losing insurance under provisions of the new bill, particularly her daughter, who is lower income. The Republicans' plan ties tax credits for insurance to age, instead of income like under the ACA.

"This will do damage," Wolfgram said. "There's no question about it."

"It is a life and death issue and people don't want anyone left out in the cold when it comes to health care."