Become a Member
Read Today's E-edition
Share This
How many self-storage businesses are enough? Town of Waterford debate heats up
0 Comments
Share this
SCOTT WILLIAMS

TICHIGAN — Visitors entering the Waterford area from the north are greeted by dozens of storage units along the state highway known locally as Big Bend Road.

Whether the community needs more rentable storage capacity is a question that has divided elected officials.

It also is leading to differences within a family that could soon operate competing storage businesses along Big Bend Road.

Storage units are an increasingly popular business venture because they offer a revenue stream from customers needing extra storage space, while requiring virtually no employees and few other overhead operating expenses.

The issue arose at a Waterford Town Board meeting Monday when the board was presented with two separate proposals to build more do-it-yourself storage lockers in the area of Big Bend Road and North Lake Drive.

Two board members chose to abstain from voting, first because Town Chairman Tom Hincz owns property for one proposal, and second because Trustee Nick Draskovich is working for the other would-be storage business developer.

That left three trustees to decide the matter and those three split on whether more storage units are needed in this unincorporated area north of Tichigan Lake.

Family members of those seeking to open a new storage business voiced objections, too, raising questions about a conflict of interest and objecting to how the new storage lockers would be arranged.

Draskovich is representing the owners of Floyd’s Plumbing Inc., who want to build storage units for rent on their property at 8231 Big Bend Road. He abstained from voting on the proposal, to avoid any appearance of a conflict.

Cathy Senft, a nearby property owner who is related to the Floyd’s Plumbing family, said the matter seems like self-dealing by some town board members. Senft said she wanted to build storage units on her property a few years ago, but town officials told her there was no need for more such businesses.

Now, Hincz and Draskovich both are pushing for storage developments that would benefit them personally, she said.

“These people on the board are supposed to be for the community,” she said. “Not, ‘What can I do for myself and my friends?’”

Hincz could not be reached for comment. Draskovich said he abstained from voting, to avoid any sort of conflict.

Draskovich, who works for business consultant Endpoint Solutions Corp., said he is uncertain what will happen next with his client’s development proposal, following Monday’s boisterous town board meeting on the topic.

“It wasn’t the most fun meeting, that’s for sure,” he said.

Town records show that Floyd’s Plumbing is owned Sandy Senft, a cousin to Cathy Senft, and by Sandy’s daughter and son-in-law, Beth and Todd Morawetz.

‘Not trying to start no family quarrel’

The other storage unit development, on property owned by Hincz, is proposed at the northeast corner of Big Bend Road and North Lake Drive. Hincz abstained from voting on either proposal, although he remained in his seat as chairman as presided over the deliberations.

Neither proposal was decided with finality. The Floyd’s Plumbing proposal failed in a 2-1 vote that fell short of a plurality needed to clear a preliminary hurdle. The project on Hincz’s property advanced without opposition.

Also voicing concern about the Floyd’s Plumbing proposal was Gary Seidler, who is related by marriage to Sandy Senft and who operates C&A Self Storage, located at 8323 Big Bend Road.

Seidler, who built his 100 storage units about 10 years ago, said he objected that the new storage lockers situated next door would be positioned closer to the road than his, making it difficult for passersby to see C&A Self Storage.

Seidler said he believes Sandy Senft and her partners are willing to adjust their development to avoid blocking out his business.

“We’re not trying to start no family quarrel,” Seidler said. “We kind of are solving it among ourselves.”

But whether either development will win approval from Waterford town leaders remains to be seen.

With Hincz and Draskovich both abstaining, the Floyd’s Plumbing proposal drew support from Trustees Dale Gauerke and Tim Szeklinski and opposition from Trustee Teri Nicolai. Three “yes” votes were needed for a conditional-use permit to move forward.

After county planners review the proposal, the applicants may seek a town permit again.

Nicolai said she opposes new storage unit developments because she believes there are enough already in the area along Big Bend Road.

Whorley Storage offers another 50-plus storage units just down the road at 8427 Big Bend Road.

Nicolai said she was a little self-conscious casting the only “no” vote that deprived Floyd’s Plumbing of the three votes needed to advance. She said she will do the same if Draskovich tries again to get it passed.

Gauerke said he, too, would like to see other types of business. But without other development proposals, he said, the town should consider allowing more storage businesses, if that is what the property owners want to do.

“Letting the market decide, I think, is better,” he said. “That’s a business decision for each developer.”

Wyatt Cook, 6, of Waterford, on a mini-tractor at Celebrate Waterford event

Nolan Stencel, 5, of the Town of Waterford, plays jumbo-sized game at Celebrate Waterford

Liam Cook, 3, of Waterford, on a mini-tractor at Celebrate Waterford festival 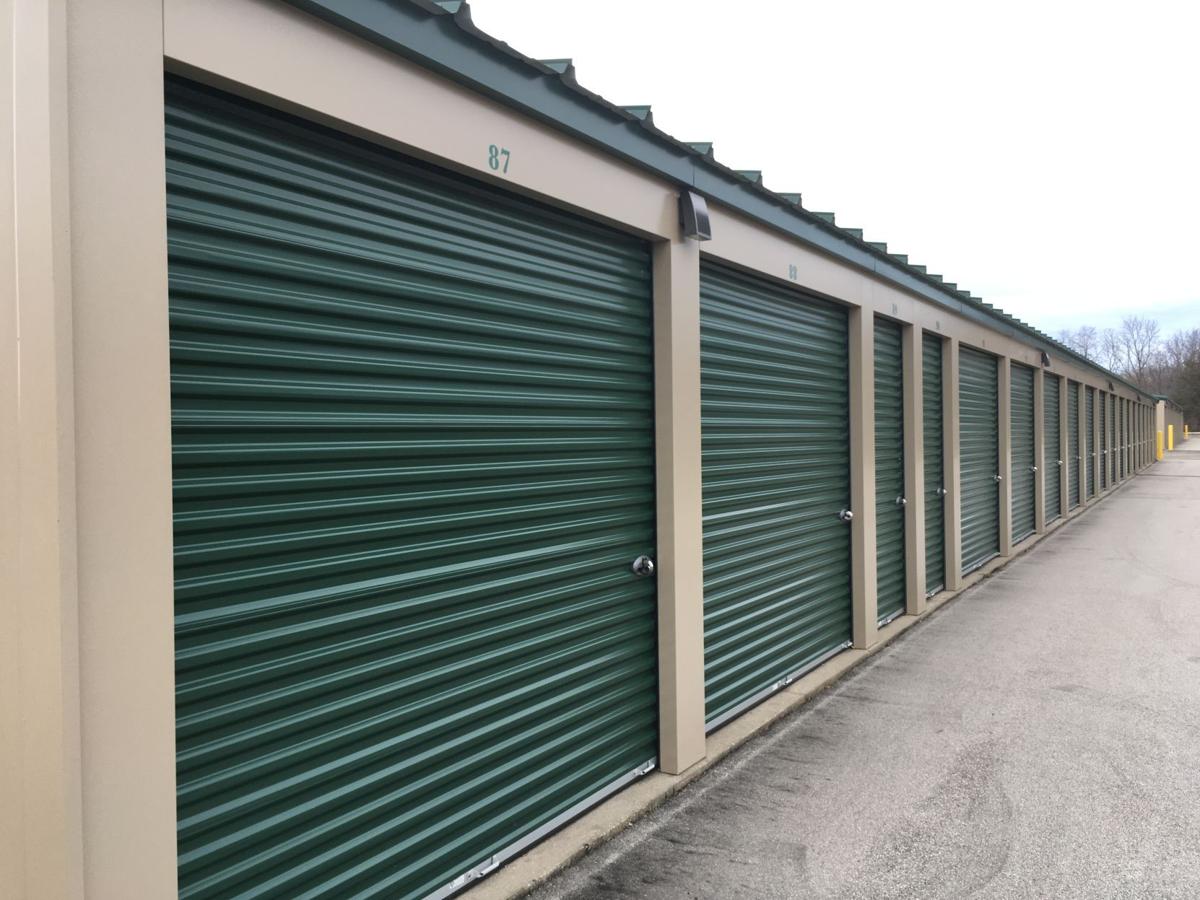 Storage lockers for rent, like the ones pictured here at C&A Self Storage on Big Bend Road, are a popular business venture because they offer a steady stream of revenue from renters without requiring a lot of employees or other overhead expenses. 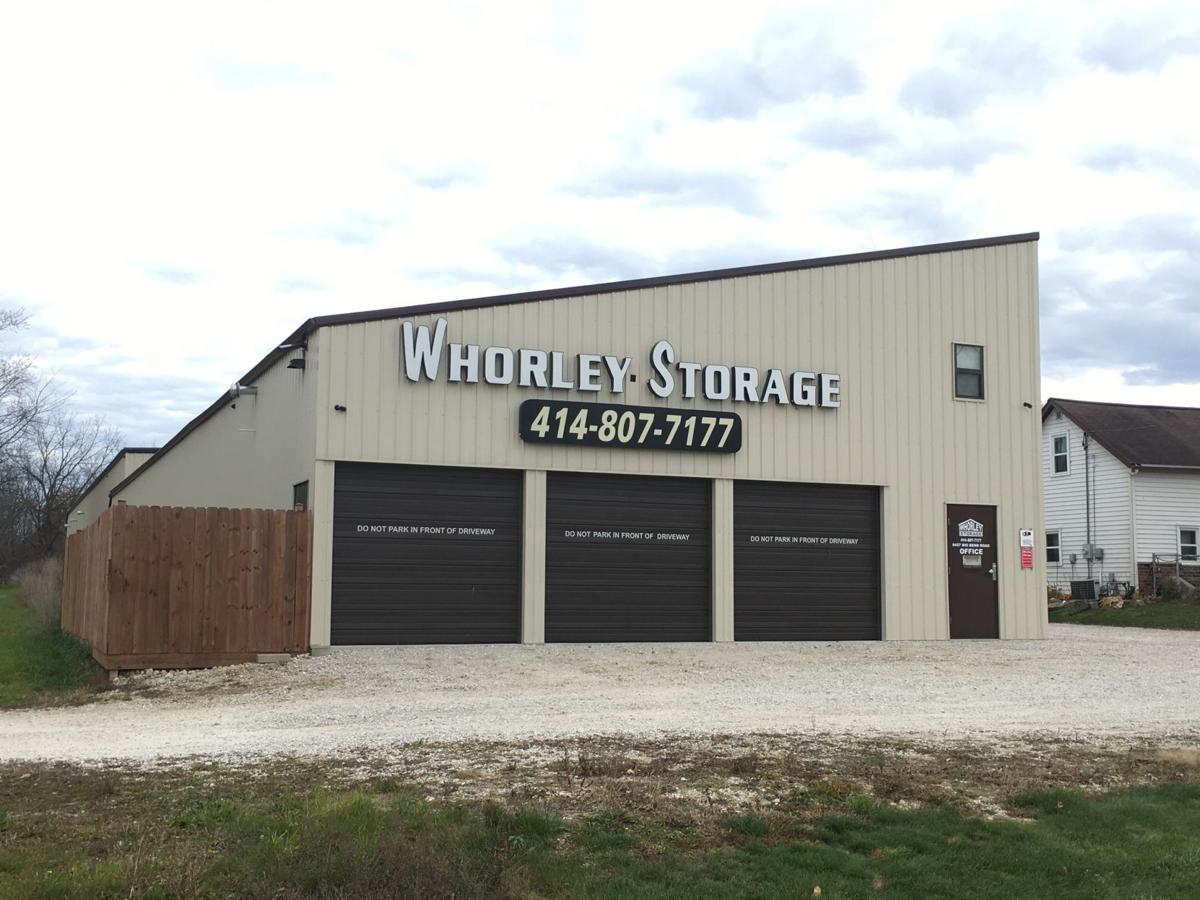 Whorley Storage offers dozens of storage lockers for rent at 8427 Big Bend Road, in an area of the Town of Waterford where some town officials believe there are already enough storage businesses. 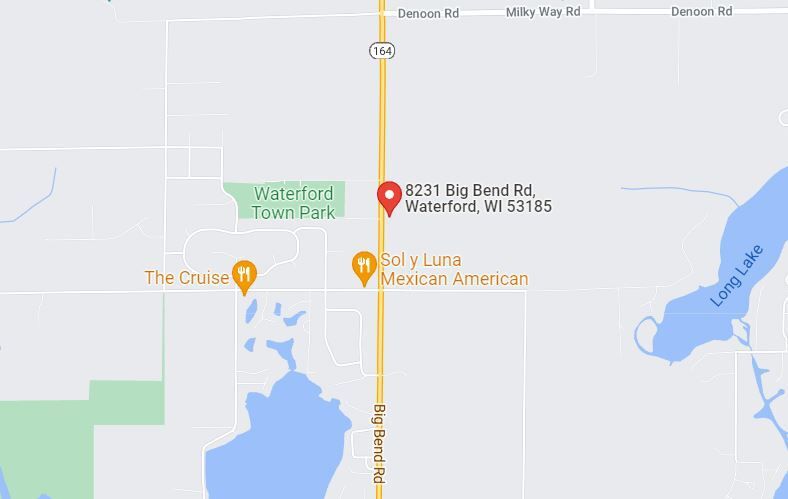 The family that owns Floyd's Plumbing Inc. at 8231 Big Bend Road in the Town of Waterford wants to build storage units on their property, but the plan has stirred questions and opposition. 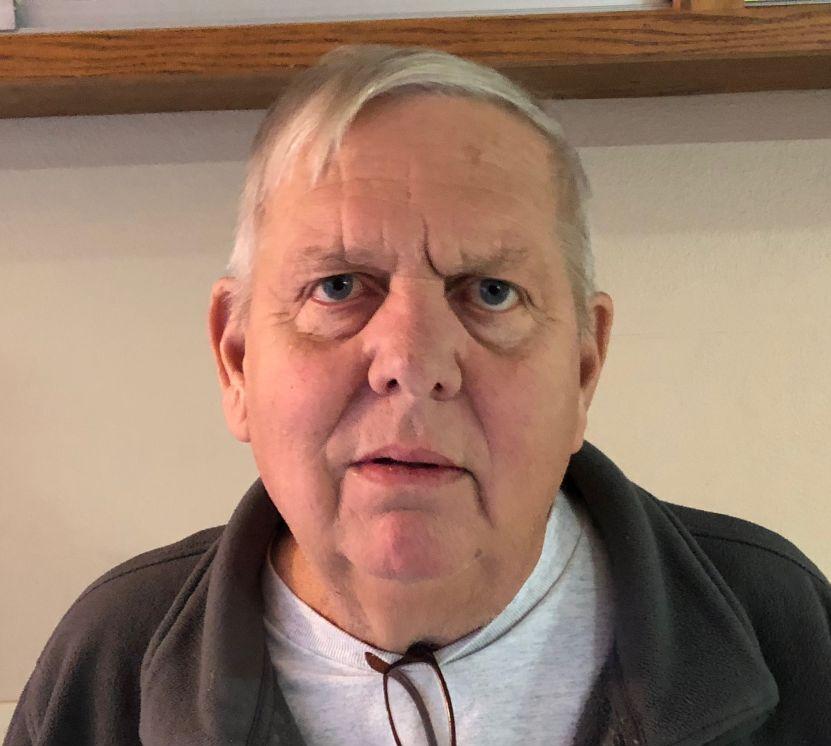 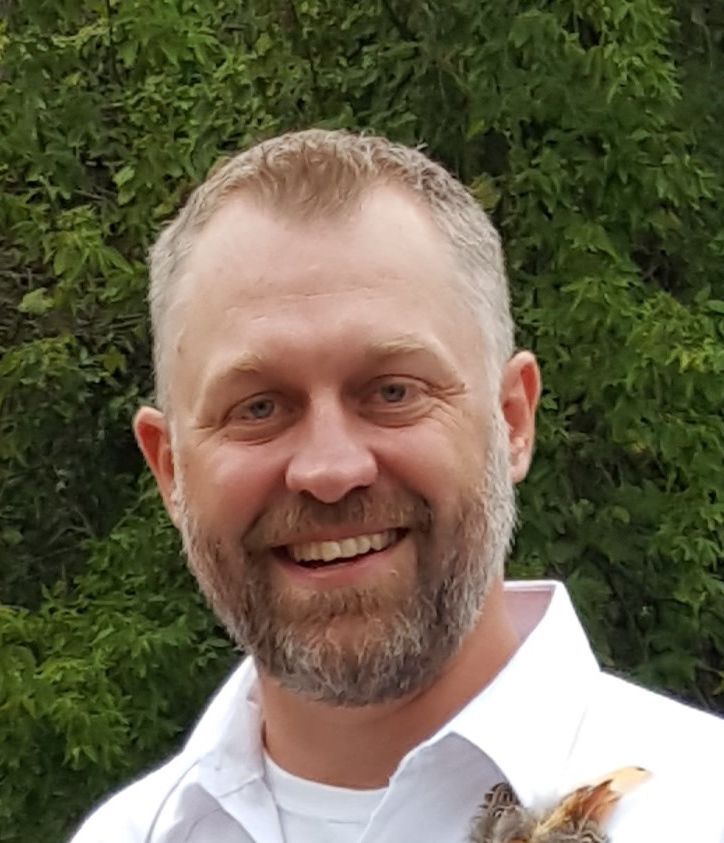 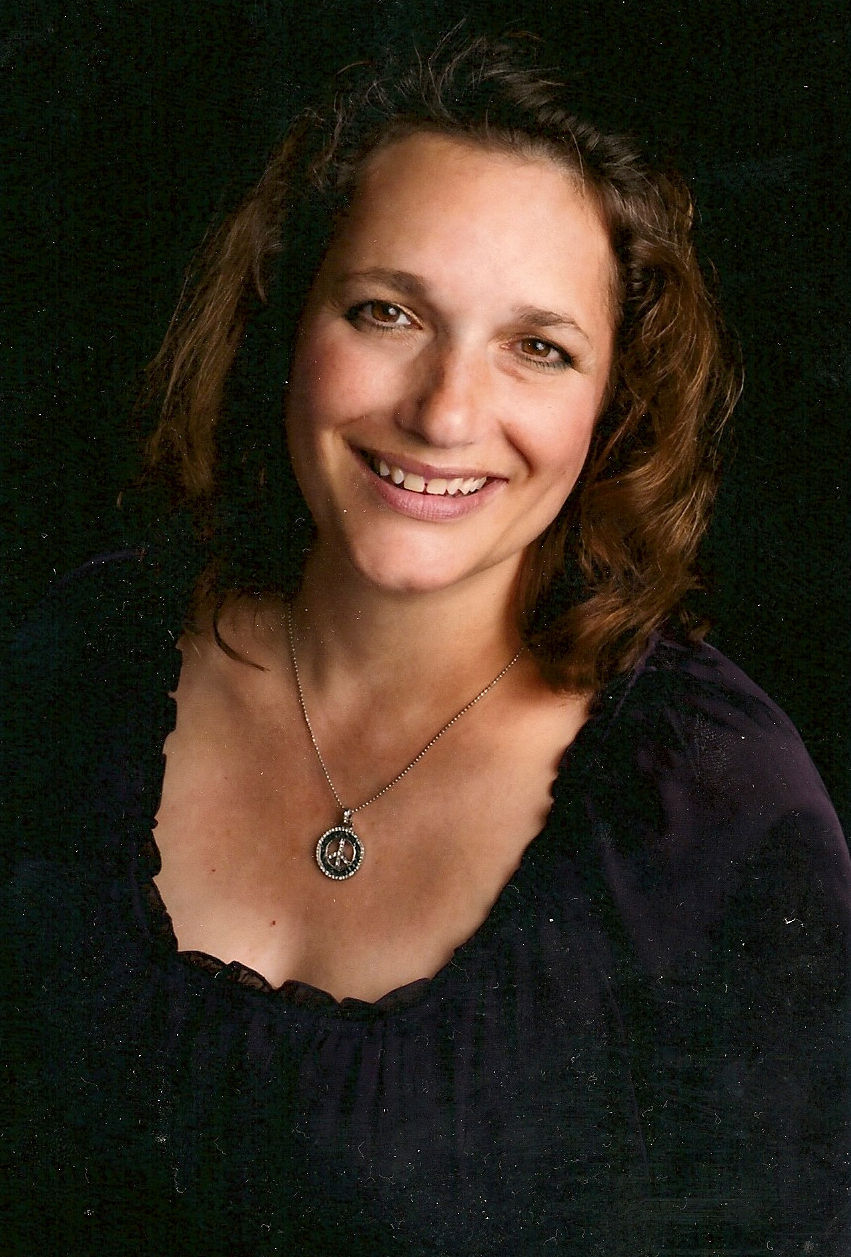