Become a Member
Read Today's E-edition
Share This
Home is where the heart is: Daughter of late architect delivers blueprints to Racine-area homeowners
0 Comments
Share this
Diana Panuncial

“I can’t believe she just does this,” she said, walking alongside her mother, Bonnie Barr, as they approached a stranger’s home in Wind Point. “It’s really cool.”

They rang the doorbell.

Barr is on a quest like no other. She’s the daughter of Bill Barr — the architect behind Barr Construction Company — who built 400 homes in Racine and Kenosha counties from the 1940s to 1970s.

Recently, the Barrs found a slew of Bill’s blueprints and drafts of those 400 homes. Bonnie, often recruiting different members of the family, set out starting last August to deliver the renderings to their respective homeowners.

“Instead of throwing them away, I wanted to do something nice with them,” Bonnie said.

Bonnie drives down from her house in Whitefish Bay for the deliveries. She has a working list of addresses, blueprints in tubes in a large laundry basket and the determination to seek out all of the homes her father built.

On June 20, Behlmer was the lucky recruit; it was her first time tagging along with her mother. They were knocking on the door of Chris Pracht, who owns a Barr-built home in Wind Point.

The seconds it took for Pracht to open the door felt like hours of anticipation. When he answered, he asked, “Are these the blueprints?”

Word had gotten out about Bonnie’s mission; her father’s houses are apparently famously known as “Barr-built Homes.”

Pracht was told by another neighbor whose home was also Barr-built that Bonnie might visit. But Glen Malkmus, who lives in Somers, had no idea.

When Malkmus opened the door, he didn’t know who Bonnie was or what she was doing. She started explaining her story and it clicked: He’d seen ‘Barr’ written on a beam in his basement in permanent marker.

Malkmus formerly lived in a house built by his grandfather; it was a special house that he, his wife and two kids outgrew. When he first toured the Barr-built home he currently lives in, he knew right away it was the one for his family.

“On a whim, I decided — this house had everything on my wish list,” said Malkmus, a mechanical engineer. “It resonated with me. It’s built like a tank.”

Malkmus noted Bill’s skills in architecture, saying that his drafting blueprints were “the best I’ve ever seen. It was perfect; textbook drafting.”

But there was something else that made the house special. According to a letter Bonnie had found and passed on to Malkmus, his house was built originally in 1974 for the Listenbees, a black family.

The letter from the Listenbees expressed gratitude to Bill for being “an honest, kind and compassionate human being” during a time where they experienced prejudice in the community.

The letter read: “The phenomenal pressures and injustices thrust upon us by society made living almost unbearable at times … you and your family are of a rare segment of our society.”

Malkmus said he is in touch with the Listenbees’ daughter, and they often share stories about the house.

Growing up, Bonnie viewed her father’s work as just that: “I was a little kid, and it was just his work. What he did.” Now, as an adult, she’s able to appreciate the impact her father made.

“It’s fulfilling,” Bonnie said. “It connects us more with him.”

According to his obituary, Bill died in 2016 at the age of 95. Dorothy, his widow and Bonnie’s mom, is 97. Dorothy worked alongside Bill for the Barr Construction Co. on the administrative side.

Dorothy tagged along on one of Bonnie’s trips in September and homeowners came to the car to thank her. After each visit, Bonnie calls Dorothy to fill her in on new reactions and stories.

“She knows my dad would be so happy that we are doing this,” Bonnie said. “It’s especially fun when we find an original owner and they remember my mom and dad.”

As of June 24, Bonnie had made 11 trips to deliver 165 house renderings. Out of the 400 Bill had built, Bonnie said there are about 25 house drawings that have missing information and another 50 that are either missing or were never built.

Pracht wrote Bonnie an email after her visit. “I thanked her again,” he said. “We’re going to take page one (of the drawings) and frame it.”

How long will Bonnie work on this project?

“As long as it takes,” she said. For now, she’ll spend her weekends driving down from Whitefish Bay to cross off names and addresses, one by one.

With photos: Home with Wind Point Lighthouse view on the market for $799,900

Relax in the living room

Family room with a view

Deck off of the family room

'The wait is over' | Culver's in Caledonia now open

A familiar family is at the helm.

Red shoes and a late uncle: Jury finds suspect not guilty in 2018 killing of Marcellus Martinez

Gerald Smith flatly denied being the shooter in the surveillance video that captured the murder of Marcellus Martinez. When asked if he killed Martinez, he replied, “I did not.”

Watch Now: Should my kid get the COVID vaccine? 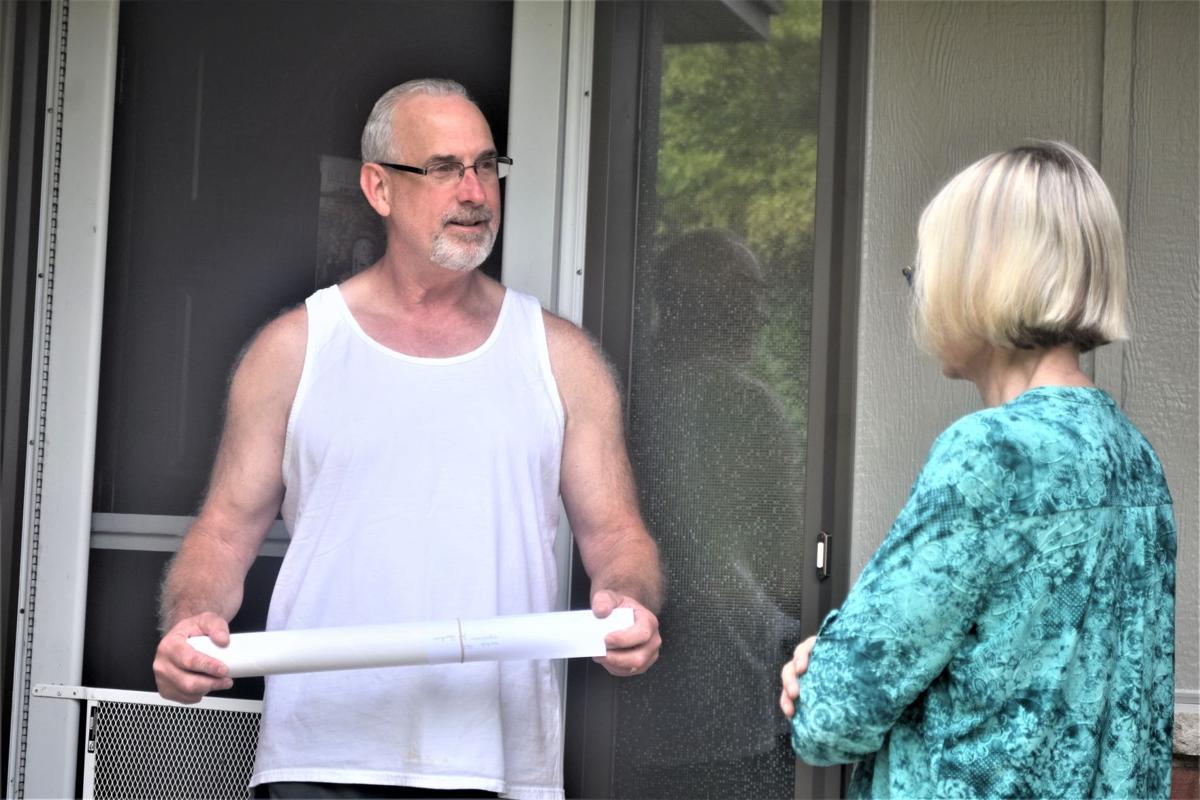 Chris Pracht, left, of Wind Point talks with Bonnie Barr after getting a delivery of blueprints on June 20. Pracht has been living in a Barr-built home for more than three years. 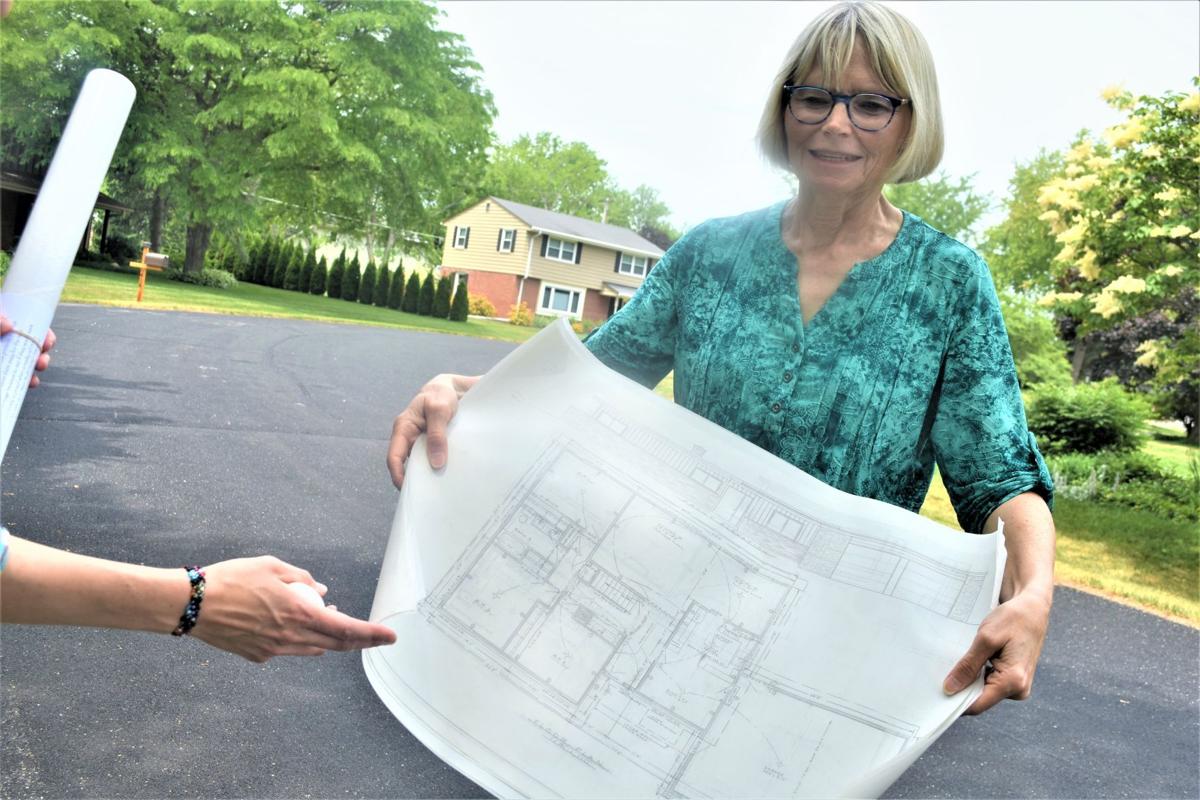 Bonnie Barr shows off the blueprints to a Wind Point home on June 20. 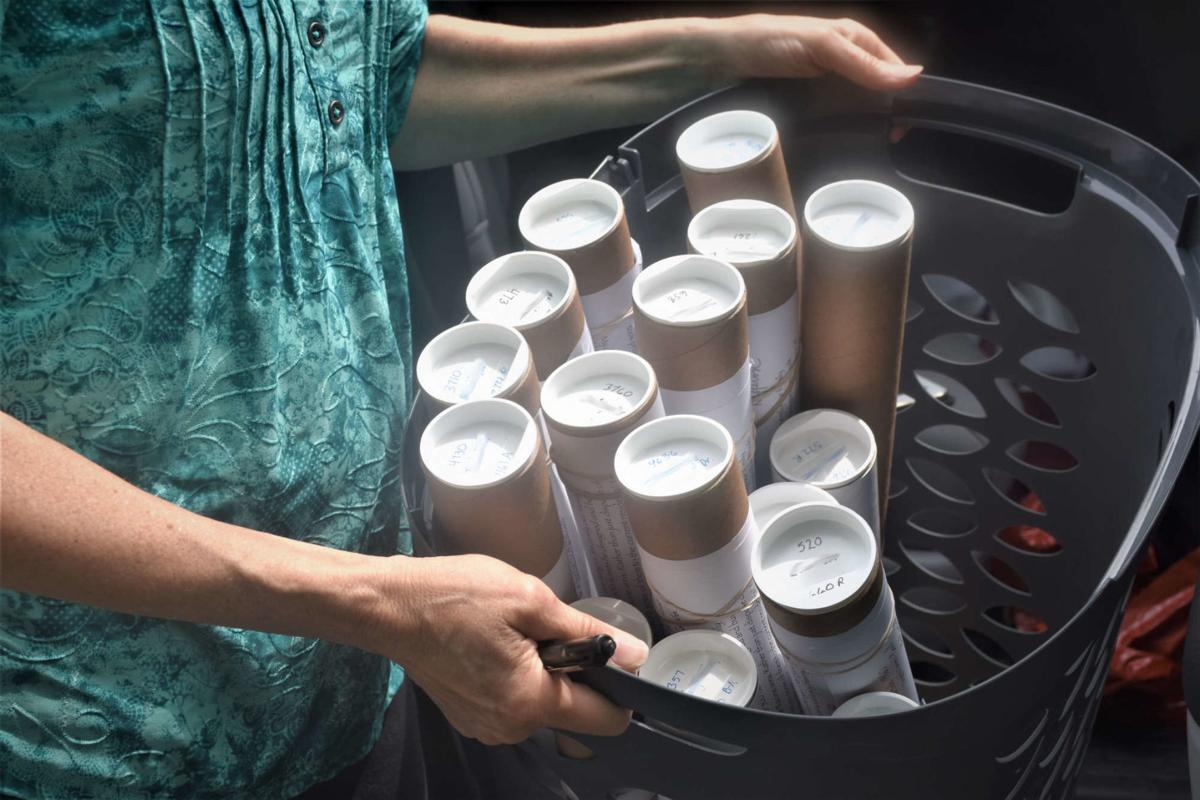 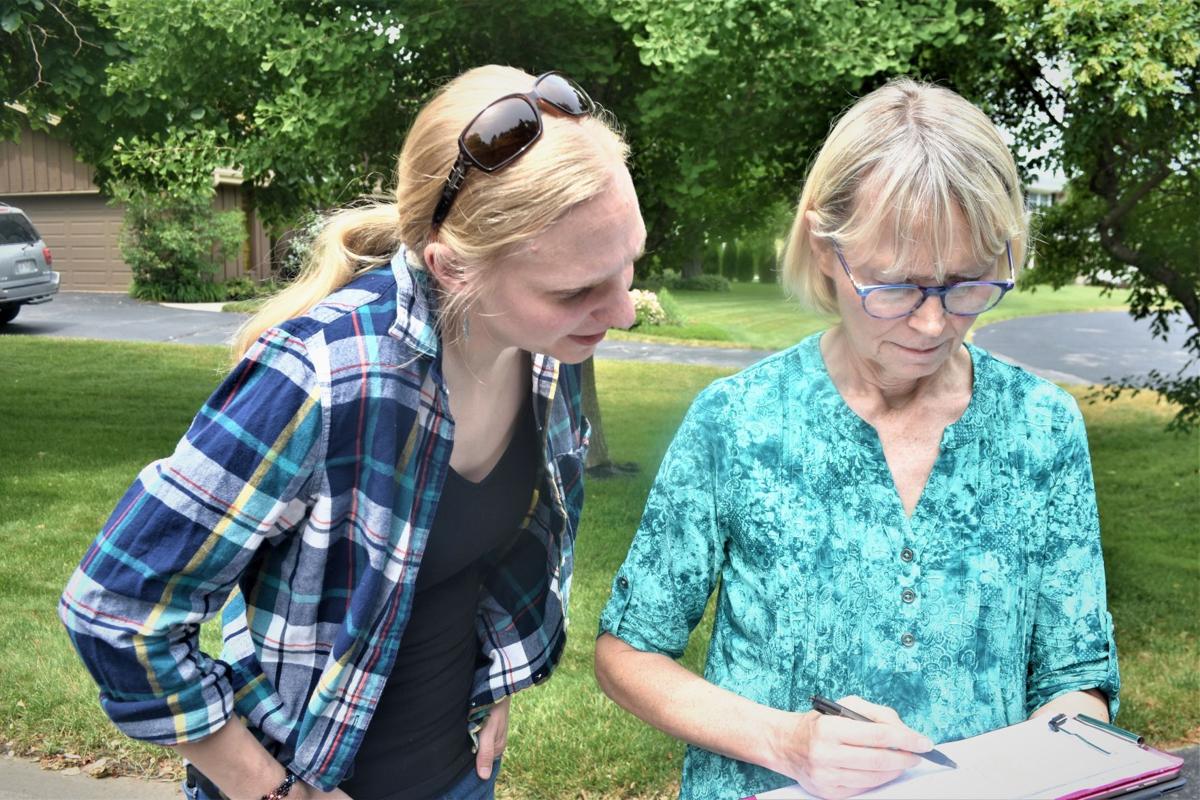 Kali Behlmer, left, looks over her mother Bonnie Barr's shoulder on June 20 as they scope out which house to visit next. 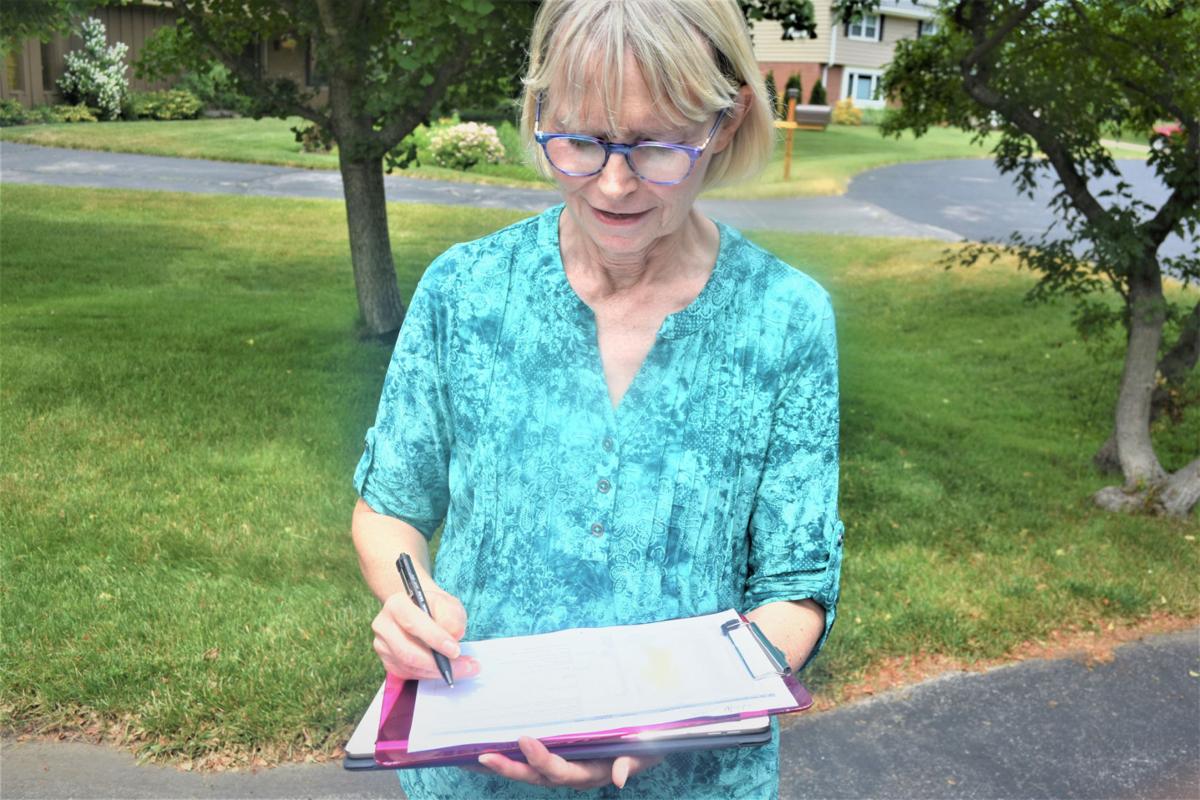 Bonnie Barr evaluates a list of remaining houses for deliveries June 20 during her quest to visit homes designed by her now-deceased father.