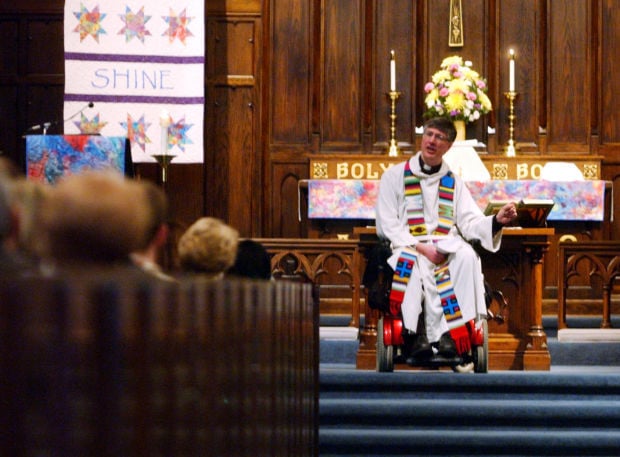 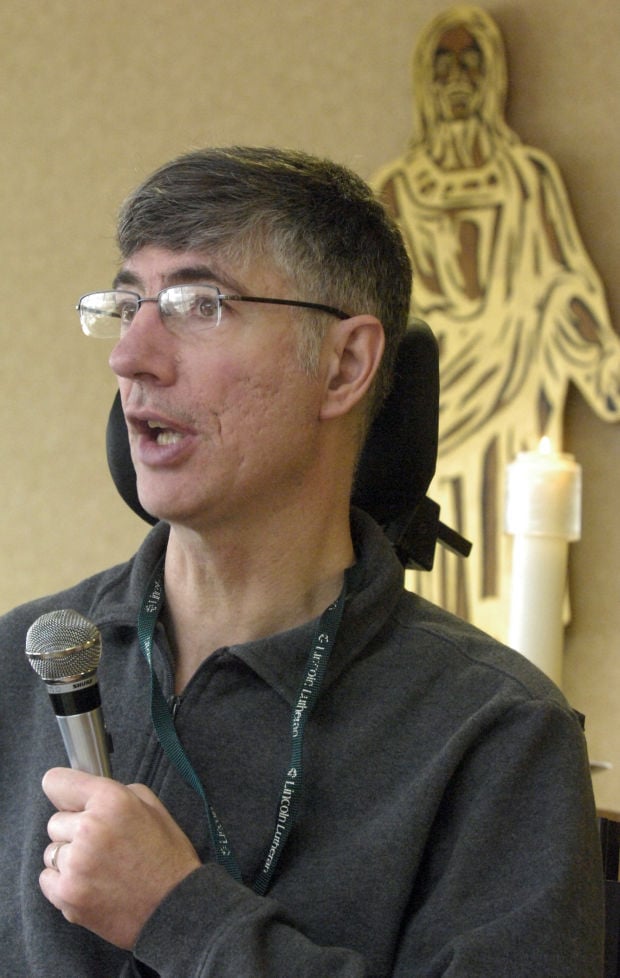 RACINE — In his nearly 30 years in Racine, the Rev. Walter Hermanns stood up for people with disabilities. He always had a positive attitude and cared deeply about all people, said those who knew him.

Hermanns, who led Holy Communion Lutheran Church for nearly two decades, died Thursday morning of health complications that stemmed from multiple sclerosis, according to his wife of 30 years, Lynn Helmke. He was 54.

In the early 1990s, Hermanns was diagnosed with MS, an inflammatory central nervous system disease. He could have given up preaching and grumbled about his fate. Hermanns, who grew up on Long Island in New York, did the opposite.

“Even on his worst days, you ask Walter how he is doing, he said, ‘I’m doing good. It’s a good day,’ ” said Hermanns’ longtime friend Darryl Sturino, who owns Sturino Funeral Home. “He was the kind of guy who made a difference in your life and it was always for the positive.”

Through the years as Hermanns’ disease worsened, he went from being able to walk on his own, to needing a cane, then arm crutches and ultimately a power wheelchair, Helmke said. That didn’t stop the father of two, whose children are now 27 and 24.

Up until the last few months of his life, he still swam at the local YMCA because his legs still worked in water, Helmke said. And he continued his ministry, most recently starting a monthly “gentle worship service” at the Northwestern Campus of Holy Communion, 5040 Northwestern Ave. It was a service he launched to give all parishioners a place they could go even if their physical or mental conditions made them feel uncomfortable at a traditional Sunday service.

In an interview last year with The Journal Times about the services, Hermanns said the key is “having a place where we can go where we do not have to apologize or explain ... We can just relax and be who God created us.”

Besides starting those services, Hermanns advocated for access for people with disabilities at voting locations and for those who ride the bus.

But he wasn’t just an advocate for people with disabilities.

“He was an advocate for all people,” said the Rev. Mark Doidge, the pastor at Holy Communion Lutheran Church.

“He was able to bring people together ... He wanted to let everyone know they matter.”

The visitation for Hermanns is set for 3 to 7 p.m. Tuesday at Sturino Funeral Home, 3014 Northwestern Ave. His service will be Wednesday at Holy Communion Lutheran Church, 2000 W. Sixth St. A visitation will begin at the church at 9:30 a.m., with the funeral service immediately following at 11 a.m.

Racine County residents we lost in 2013

Remembering prominent Racine County residents and others who died this year.