RACINE — “Why is the news important?” Heath Neiderer, a marketing manager for C-SPAN, asks a group of Starbuck Middle School students Tuesday morning.

One student, sitting on a comfy couch inside C-SPAN’s digital-friendly 45-foot bus filled with touchscreens and TVs parked in Starbuck’s parking lot, replies: “News tells us what’s going on.”

C-SPAN doesn’t have a lot of the things other news networks rely on. There’s no commentary, no advertising, no bias, said Ivette Lucero, a C-SPAN marketing representative.

The network is funded by cable and satellite television companies themselves, primarily.

Lucero said that a small portion of every cable/satellite customer’s monthly bill will usually be siphoned off to fund C-SPAN, which stands for Cable-Satellite Public Affairs Network.

“We don’t pick sides. We like to show people what’s happening. We give people a front-row seat to their government,” Lucero said. “We want people to know all of the resources out there.”

You've probably never heard of this Oscar-winner, an ex-Racine resident

As the 2020 campaign gains momentum, C-SPAN is trying to get more face time with TV watchers when they aren’t actually watching TV.

That’s why the luxury bus made stops around Milwaukee on Monday, at Starbuck and at the University of Wisconsin-Parkside on Tuesday, and is scheduled to be in Gary, Indiana, on Wednesday. Over the course of a seven-week tour that will end next month, the bus will have visited thousands of people in 10 states, Lucero said.

“By visiting these communities, C-SPAN will provide another component to our extensive Campaign 2020 coverage and give our viewers an in-depth, unfiltered look at politics, from the early days on the campaign trail right up to Inauguration Day,” Steve Scully, C-SPAN’s political editor, said in a statement.

The Wisconsin leg of the tour was sponsored by Spectrum/Charter Communications, and other parts of the tour were funded thanks to other cable providers like Cox Media Group and Mediacom, Lucero said.

“Spectrum is excited to bring the interactive C-SPAN Bus to Wisconsin and continue our long-standing partnership with C-SPAN,” stated Adam Falk, senior vice president of state government affairs for Charter Communications. “We are proud to serve Milwaukee, Kenosha and Racine by providing residents and local leaders the C-SPAN Networks and to share their robust educational and political resources with the community.”

Although ad- and commentary-heavy networks like CNN, MSNBC and Fox News all tend to carry larger viewership totals, C-SPAN continues to draw an audience: with an estimated 9.5 million people tuning in multiple times a week in 2017, and 70 million watching C-SPAN at some point over the previous six months.

And TV news ratings across the board tend to surge during election seasons.

When talking with students at colleges, C-SPAN’s representatives would often meet with journalism classes to talk about what C-SPAN offers that other outlets don’t. For the kids at Starbuck, mainly C-SPAN is just trying to introduce the idea of the news to youth. To get the idea across, Neiderer made a connection with something he knew the middle schoolers understood: “What does Cartoon Network show? Cartoons. So what does C-SPAN show? The government.”

As demolition looms, a local group tries to save the Park Theatre

C-SPAN was also promoting StudentCam, its annual national video documentary competition. The prompt for this year’s contest, in which students in grades 6-12 can submit a 5-6 minute documentary, is: “What’s your vision in 2020? Explore the issue you want presidential candidates to address during the campaign.”

The Journal Times reported at the time: “The girls (Richards, Noll and Nixon) are the first all-female team and first middle school team to win the grand prize in the competition … The McKinley team made their video about the potential of nuclear energy to meet energy needs in the next 20 years, a time when experts say America’s energy demands will exceed the energy available, said the team’s advisor, Larry Jozwik.”

Stephanie Skaarnes, the International Baccalaureate coordinator at Starbuck, said that she hoped by having C-SPAN visit this year another group of Racine Unified students might become the second local group to take home the StudentCam crown.

Applications will begin being accepted at 8 a.m. on Feb. 17.

Truck driver charged with stealing $35,000 worth of diesel fuel

ELKHORN — A truck driver from Kenosha is being accused of stealing more than $35,000 worth of diesel fuel from the Lake Geneva fuel distributor where he worked.

RACINE — A Racine man allegedly had upwards of 288 grams of marijuana and marijuana edibles in his residence shared by his grandmother, wife a… 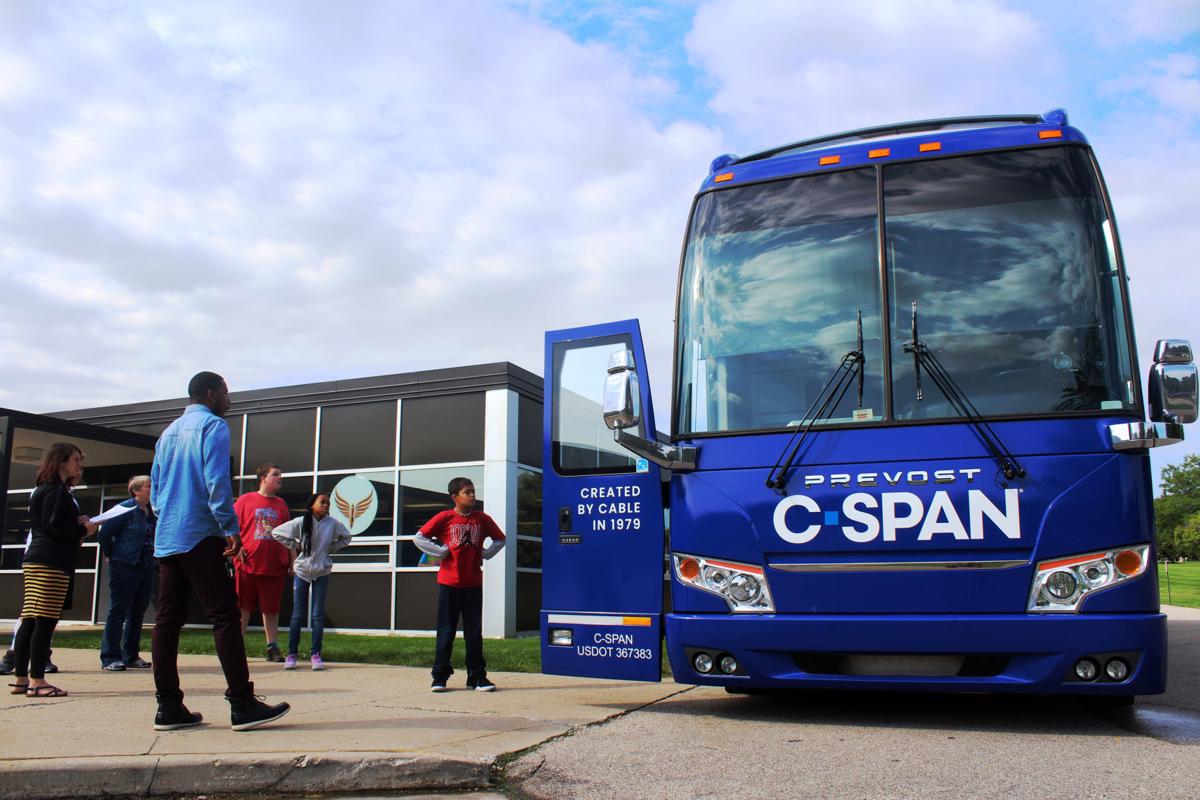 C-SPAN's tour bus parks in front of Starbuck Middle School, 1516 Ohio St., Tuesday morning as part of a 10-state, seven-week tour. At left, a group of students and educators prepare to board. More than 125 Starbuck students stepped onto the bus Tuesday. 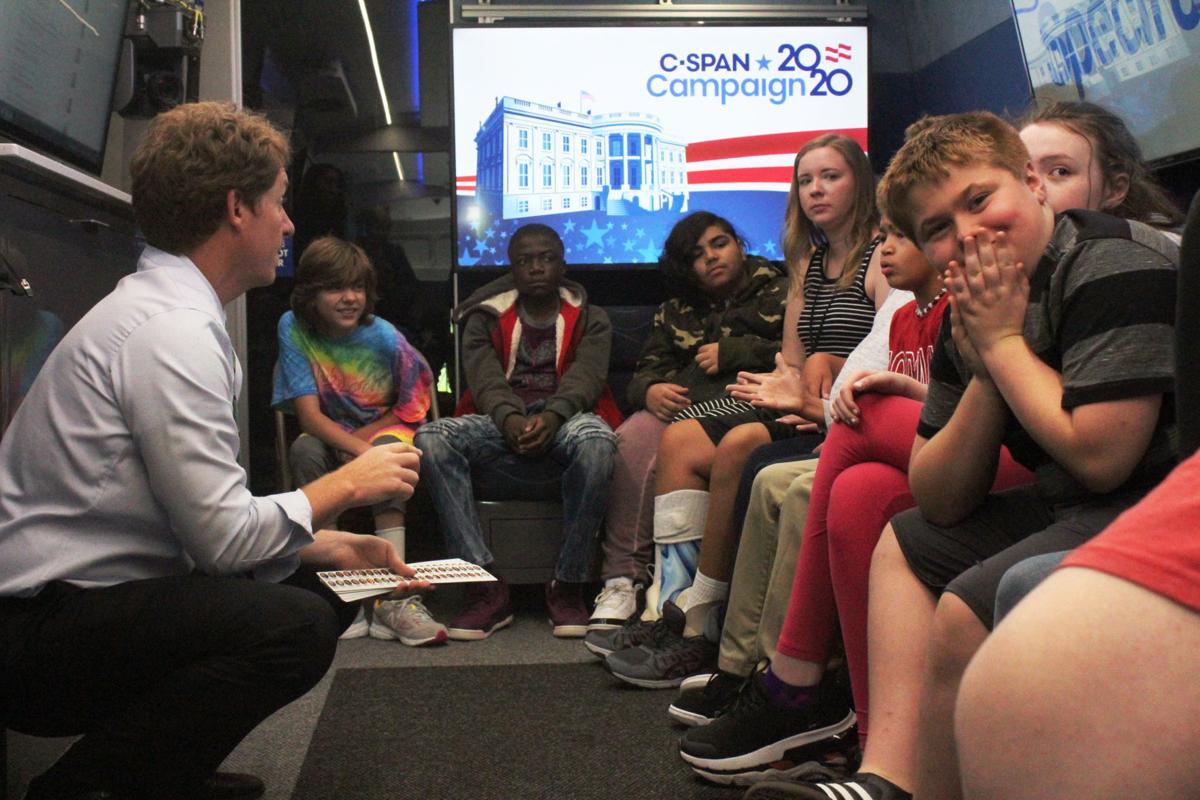 C-SPAN Marketing Manager Heath Neiderer, at left, talks about "the news" with a group of Starbuck Middle School students on C-SPAN's "45-foot customized mobile classroom and production studio" — or, in short, just known as "The C-SPAN Bus" — on Tuesday morning. 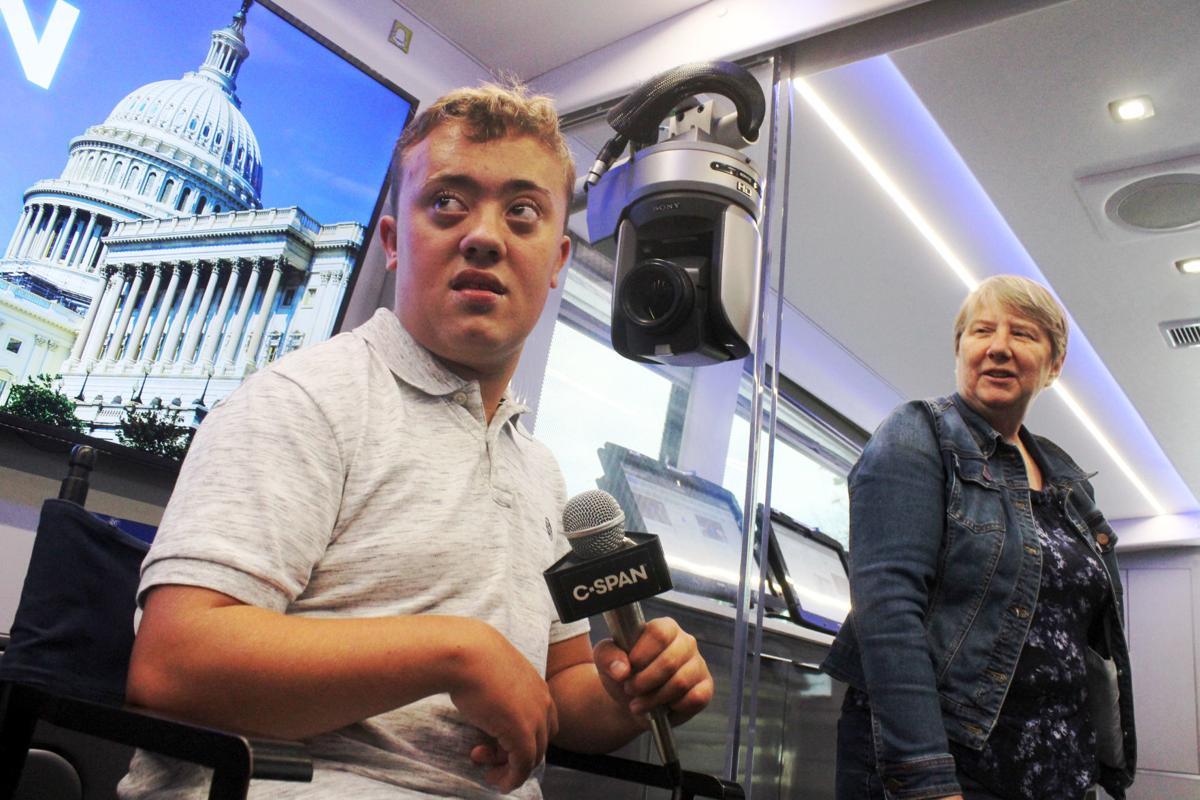 Joey May, an eighth-grade student at Starbuck Middle School, holds a C-SPAN microphone aboard C-SPAN's bus that's traveling the country on a 10-state, seven-week tour. At right, Debbite Tuttle looks on. 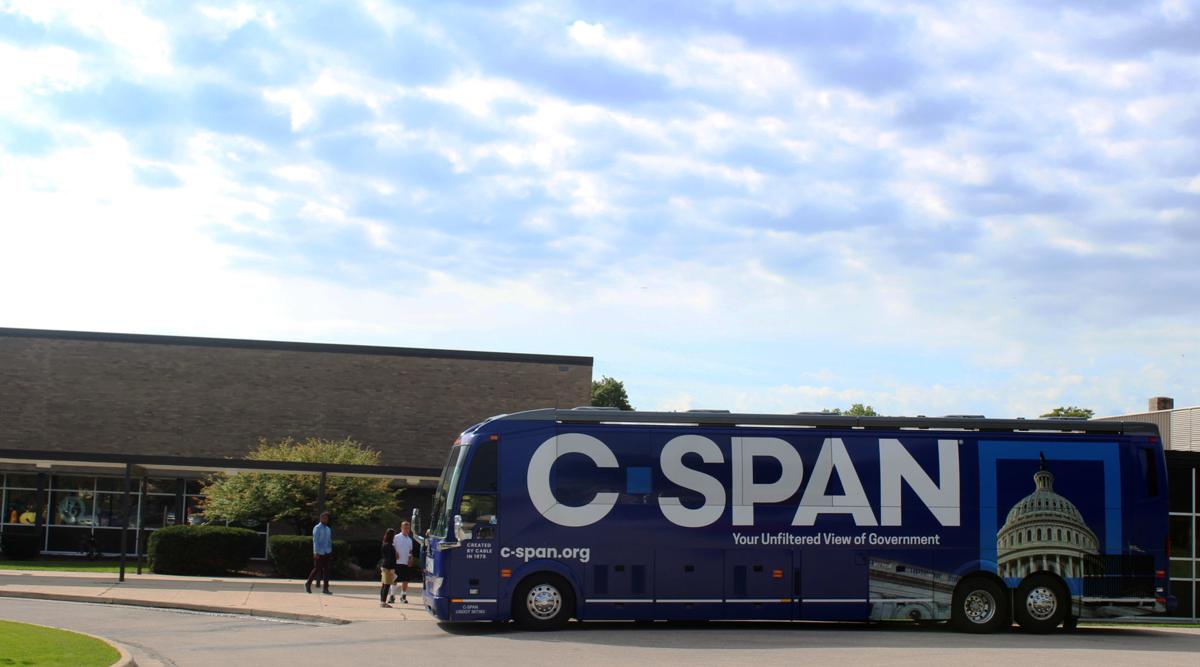