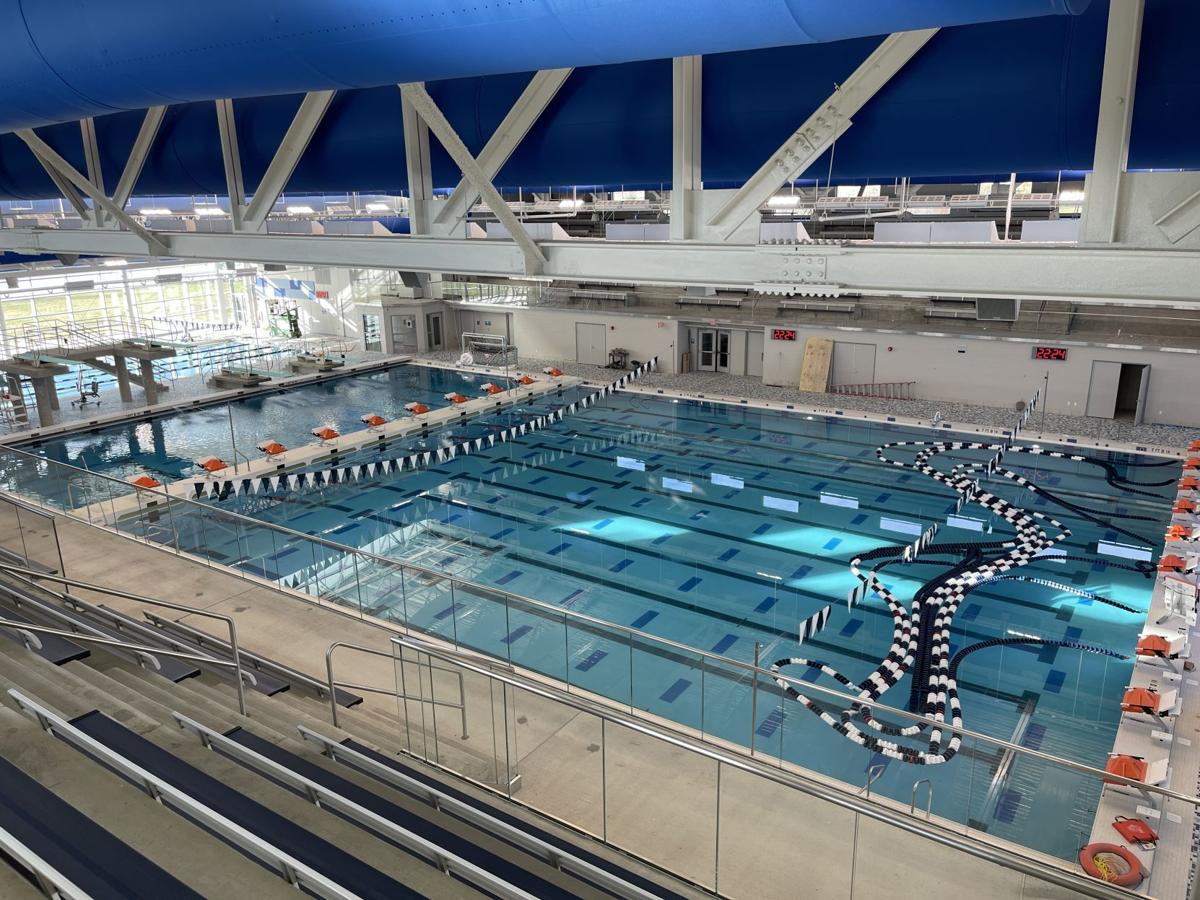 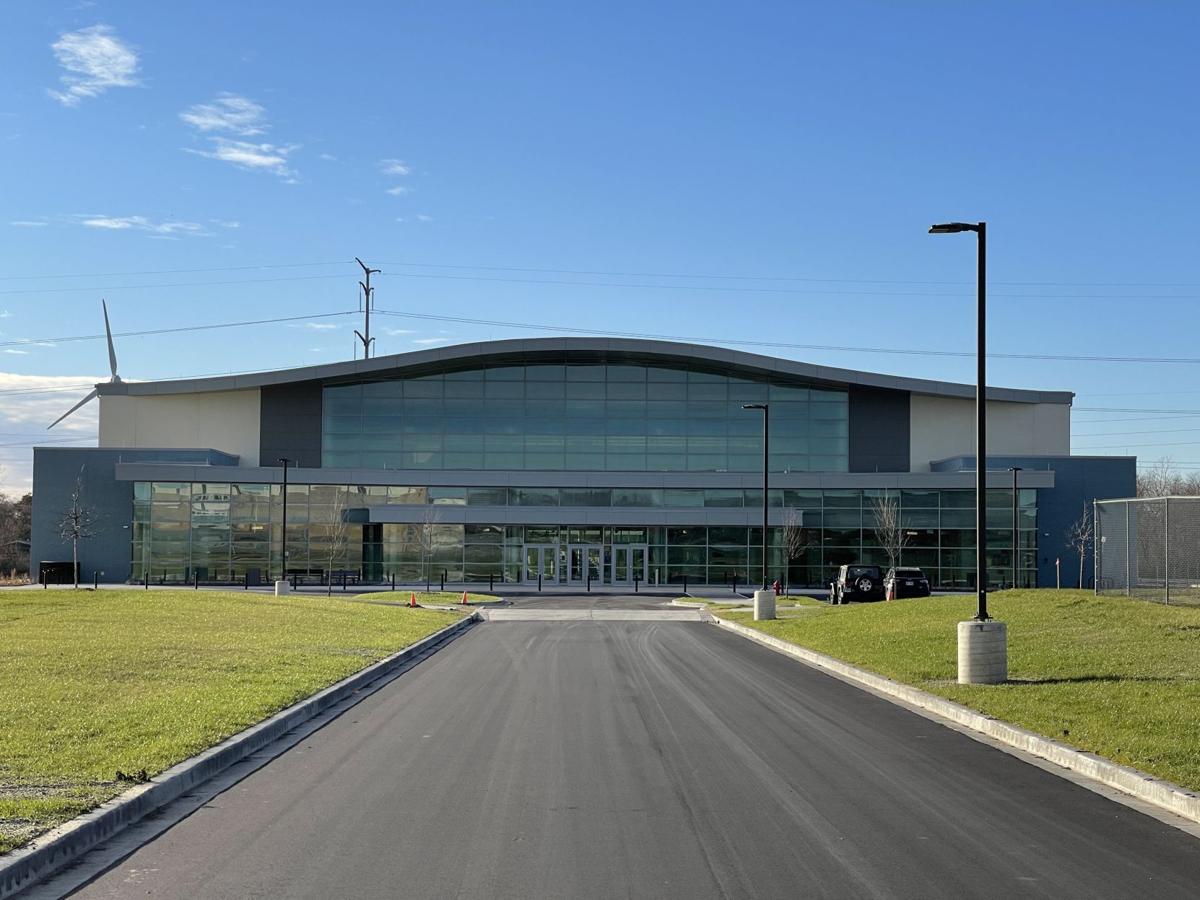 MOUNT PLEASANT — It may be cold outside, but swimming could soon be on the schedule.

The event is invitation only, the district says, because of COVID-19 concerns.

Water was reported to have been filled the pool for the first time on Oct. 20 as construction on the complex neared completion. Construction began in summer 2020.

The school district announced plans to build the swimming complex next to Case High School after Case’s pool, which opened along with the school in 1966, became so structurally unsound that the school’s swimming and diving teams were not allowed to practice there starting in fall 2018, leading to some swimmers quitting rather than having to be shuttled to other high schools’ pools daily for practices.

Despite rumors and delay, RUSD aquatic center expected to come in at or under budget

Swimmers, family members and other supporters of the swim program were outraged since the district had known for years the pool needed repairs, but money was never devoted to repairing it.

A new pool would have cost as much as $12 million. So instead, the school district decided to build the aquatic center for swimmers from all of RUSD high schools, rather than keeping one pool at each high school.

To fund such a project, Racine Unified greatly increased its Community Service Fund taxing levy from $5 million to $10 million in 2019. Money in a district’s community service fund can be used by districts for projects and other things that benefit communities as a whole, not just students and staff.

Despite that raised levy, the district’s tax rate fell in 2020 by about 5%, although it would likely have fallen by a larger percentage had the CSF not grown so much.

RUSD has promised that there will be open swim days and similar open-to-the-community events at the Aquatic Center, thus qualifying it as a community benefit.

Out on the Town: Burlington Community Aquatic Center opens

Legal for a teen to walk about with an AR-15? Rittenhouse trial judge says yes

Is it legal for 17-year-olds to walk around with AR-15s? Apparently so.

A Racine Unified board member resigned last week. Now, the district is looking to fill the seat, with applications due before the end of the month.

Vos told Bayatpour "The elections commission doesn't have a right to waive law ... That's illegal. It doesn't matter if they have good intentions or not. They have to follow the law."

Bayatpour then asked, "Should the DA charge them in Racine County?"

Vos replied: "I think probably, but I'm not a district attorney. ... I certainly think anybody who breaks the law should pay the ultimate price to say I won't do it again."

State GOP head on sheriff's WEC referrals: 'Not going to say I want to see them charged'

Republican Party leadership in Wisconsin is not backing Racine County Sheriff Christopher Schmaling's recommendation that five of the state's six elections commissioners to be charged with election fraud and related criminal offense.

Wisconsin lawmakers are to hear testimony from the Racine County Sheriff's Office Wednesday regarding the RCSO's investigation into the Wisconsin Elections Commission and alleged election fraud at nursing homes.

Rittenhouse has a lot in common with other teenage defendants. But his case & story are anything but average

There are few things more common in a criminal courtroom than seeing a teenage boy whose involvement in violence has left him shackled in a defendant’s chair.

A Racine woman who works with survivors of domestic violence and a Waterford father were among the 29 people pardoned by Gov. Tony Evers Friday.