But he outwardly says he has a position of looking forward to future elections, not aiming to fuel distrust in the results of the 2020 election that Joe Biden won, even while encouraging concerns to propagate as he OKs increasing allocations — up to $680,000 so far — to investigate the 2020 election.

Vos’ approval of investigating Wisconsin’s election despite his insistence that he doesn’t seek to overturn its results has given voice to the conspiracies.

“However well-intentioned, stenographizing (sic) Robin Vos ... aids and abets the Big Lie,” University of Wisconsin Political Science Professor Mark Copelovitch tweeted in June; the “Big Lie” is the colloquial title given to the baseless claims Donald Trump won the 2020 election.

Vos’ resistance to bringing in private, openly partisan outside groups to investigate the 2020 election is hurting public opinion of him among some Wisconsin conservatives.

Vos’ support for the investigation he ordered has become more fervent in recent weeks. After initially balking at the idea, he has since backed a so-called forensic audit of Wisconsin’s 2020 election.

Vos said that a “forensic audit … means they (investigators) can refer things to a prosecutor. It doesn’t mean a hand recount, or that computers will be used.”

During a Q&A Wednesday at Racine’s DeMarks Bar & Restaurant hosted by the group Honest, Open, Transparent (H.O.T.) Government, the Assembly speaker criticized how Arizona’s Republican-led Legislature conducted its audit, which has been lambasted even by Republican officials in Arizona, who have said that the investigation is fueled by conspiracy theory and devotion to Trump, not actual evidence.

Maricopa County, which contains more than 60% of Arizona’s total population, is where voters flipped the state against Trump.

A Florida-based private contractor, the Cyber Ninjas, was hired to perform the investigation in Arizona; the owner of Cyber Ninjas is a vocal Trump supporter who has openly furthered Trump’s unfounded claims of voter fraud.

Many Wisconsin Republicans, elected or otherwise, have shown an interest in the Maricopa County audit.

In June, six Republican Assembly members traveled to watch part of the election inspection in Maricopa County. Among them were Janel Brandtjen of Menomonee Falls, who has unsuccessfully tried to issue subpoenas to get election materials from Racine, and Chuck Wichgers of Muskego, whose district includes part of western Racine County. Vos approved their trip.

Earlier this month, Michael Gableman, the former Wisconsin Supreme Court justice who has vocally backed Trump and voiced claims of a “stolen” election and is now leading the Vos-ordered investigation, said that he also had traveled to Arizona to check out the activity there.

The release of the Cyber Ninjas’ findings has been further delayed after several of its leaders tested positive for COVID-19 last week.

Vos tried to point out Wednesday that, even if private groups like Cyber Ninjas were to uncover fraud, the investigation couldn’t legally lead to any criminal charges, since the Cyber Ninjas are not actual law enforcement investigators.

But distrust of government runs deep in some circles. Vos was faced with a crowd Wednesday that showed it did not trust Gableman or state auditors to actually uncover any of the wrongdoing they suspect occurred.

“What if we don’t trust the people that you have? It runs deep. This corruption runs deep,” one person called out, interrupting Vos as he tried to speak about the nonpartisan Legislative Audit Bureau’s professionalism and track record.

“People committed treason in this election,” Sandra Morris, a member of the Racine County Republican Party’s election integrity committee, claimed without evidence during the H.O.T. Government meeting. “It seems like people committing the crimes never serve time … I want to make sure people pay a price. I don’t want window dressing.”

In an interview after the meeting, Morris said she could come to believe the election results were legitimate, but only if there’s more transparency — if members of the public are allowed to inspect election materials, ballots and machines.

“When we question it, it’s our constitutional right ... to validate the vote,” Morris said. “Everyone is saying ‘trust us.’ Well, we don’t.”

Under Wisconsin law, recounts in presidential election must be ordered within one business day of county canvasses being completed, a deadline that has long since passed.

A man who refused to give his name but said he drove down from Spring Prairie and has a half-dozen grandchildren said that, with his current distrust, “there’s no way I can go back in (to a polling place) and vote for anything.”

Work for the City of Racine and want to make more money? Try living in the city

The City Council has been looking for ways to incentivize city employees, particularly new ones, to actually live in the City of Racine rather than in the suburbs.

All City of Racine employees to get $15 minimum wage, medical leave under new proposals

Mayor Cory Mason said he is fulfilling a promise he made in his first year as mayor: to raise minimum wage for all city employees to $15 per hour.

The city owns almost 70 buildings, the average age of which is 65, and there is approximately $100 million in deferred maintenance needed on them. In 2022, a plan to address needs is to be made.

Madison, Racine mayors say they will testify in election probe if it is done in public

Racine's and Madison's Democratic mayors indicated Thursday that they would be willing to testify regarding the conduction of the 2020 presidential election in their cities so long as the testimony was public.

After 2021's drownings, Zoo Beach likely to finally get lifeguards next summer

The City of Racine will likely have six more lifeguards on its beaches next summer. For the first time in recent memory, Zoo Beach will be staffed by lifeguards rather than only adjacent North Beach.

The city is planning to spend more than $40 million to upgrade storm and wastewater utility capacity in order to better handle massive downpours, such as the once-in-a-century storm that ravaged the lakefront in January 2020.

Without help from feds, Racine plans to push forward with community health clinic with $3.5M in borrowing

Plans are moving forward for the planned community health clinic adjacent to Julian Thomas Elementary School in the Lincoln-King neighborhood.

MADISON — Wisconsin Democrats announced Wednesday that they are filing an Internal Revenue Service complaint against Kevin Nicholson, a Republ…

The state's partisanship was on full display when it comes to hunting, requirements for educators and abortion. 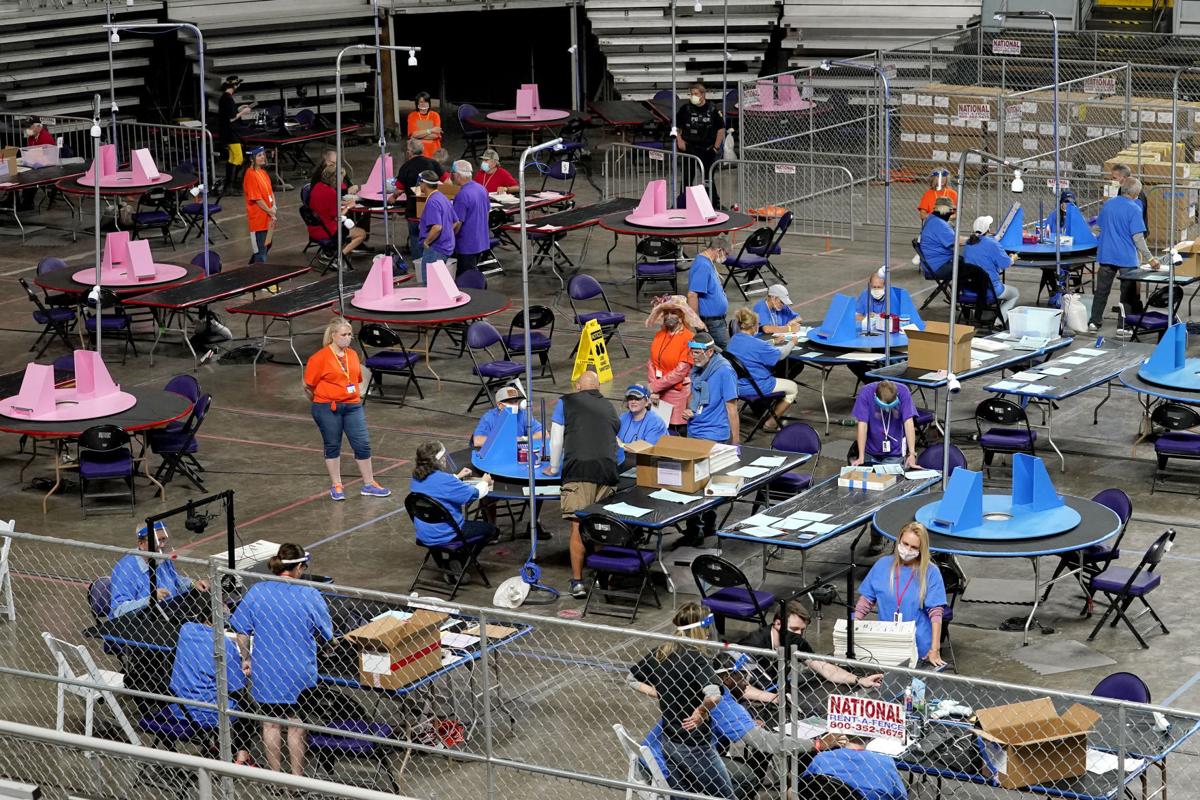 In this file photo taken May 6, Maricopa County ballots cast in the 2020 general election are examined and recounted by contractors working for Florida-based company, Cyber Ninjas at Veterans Memorial Coliseum in Phoenix. Republican Senate President Karen Fann said, Monday, Aug. 23, that the delivery of the report on the 2020 vote count to Arizona state Senate Republicans was delayed, after the Donald Trump supporter hired to lead the effort and several others involved contracted COVID-19. 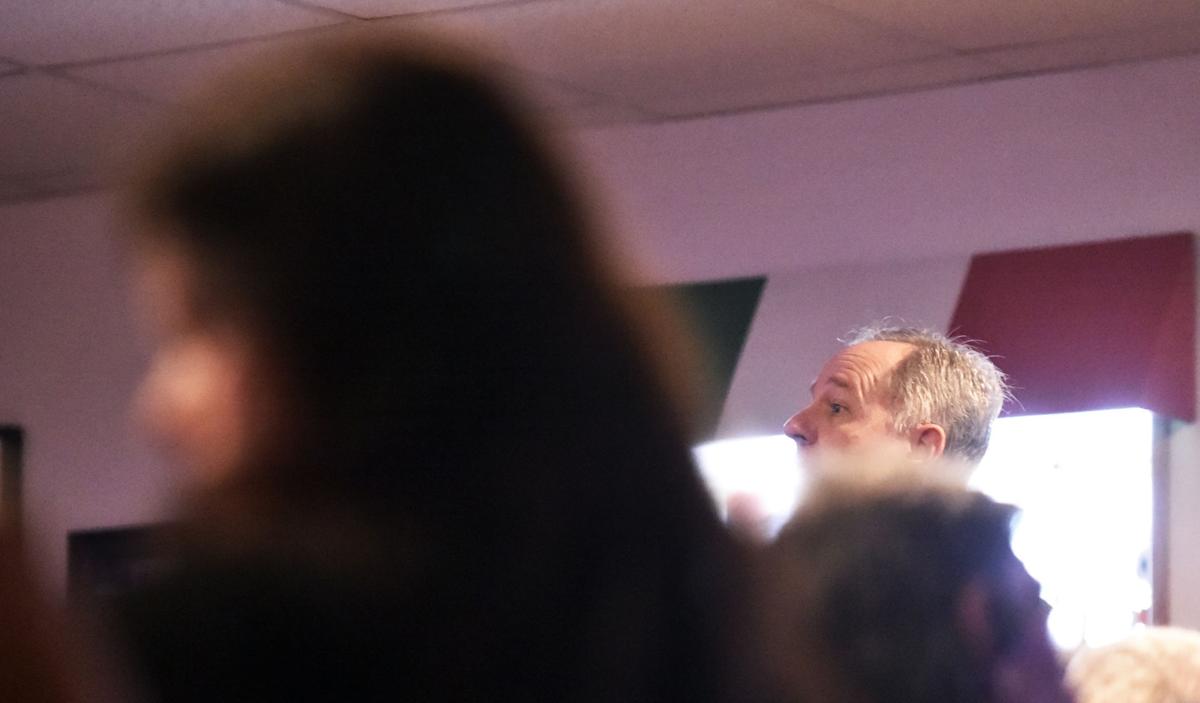 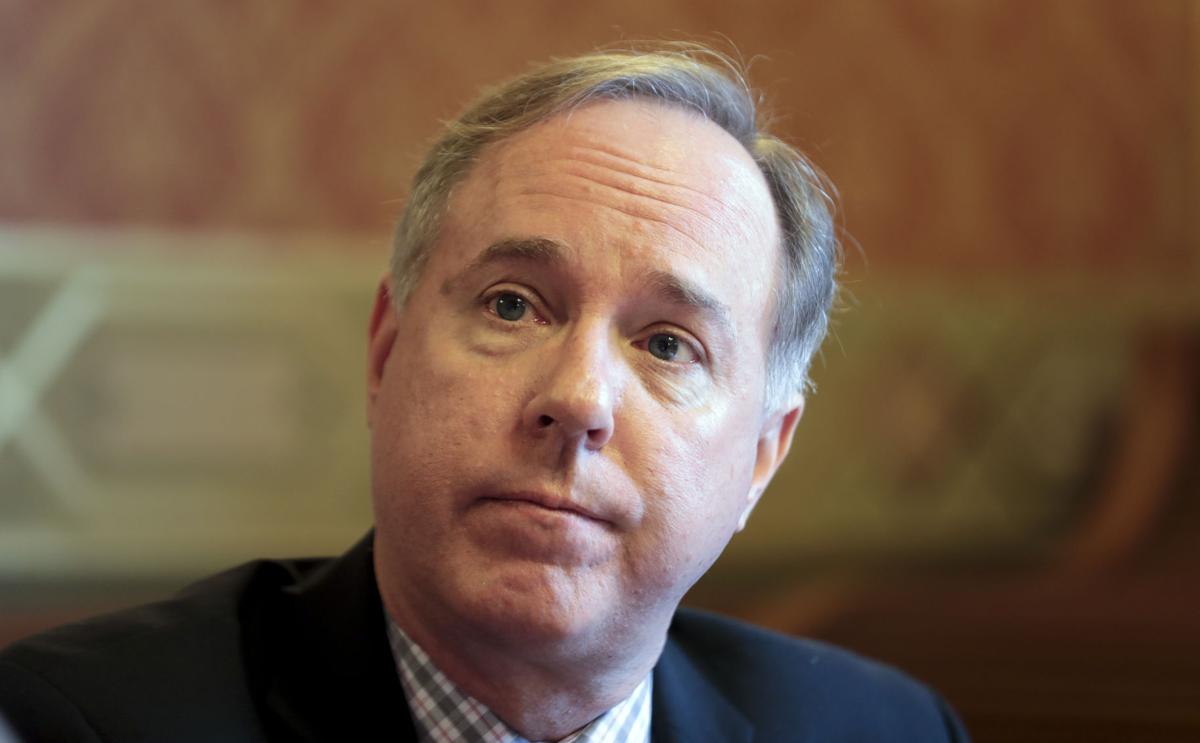