MADISON — Wayne Strong was brought to tears as families of those killed by police shared their stories on Nov. 12 with Wisconsin's Task Force on Racial Disparities, created by Assembly Speaker Robin Vos, R-Rochester.

Strong was himself in an officer-involved shooting, one of four officers involved in what was ruled a “suicide by cop” in 2003. His family has also felt the pain of gun violence: his nephew was murdered, shot in his bed, during a break-in in Racine in 2007.

He’s also witnessed the mistreatment of arrestees in the Twin Cities, although decades before George Floyd died after a Minneapolis police officer pinned Floyd’s neck with his knee. Strong’s first job in law enforcement after graduating with a criminal justice degree from the University of Wisconsin-Eau Claire was with the Hennepin County Sheriff’s Office, which includes Minneapolis. At the Hennepin County Jail, Strong said he remembers seeing “Very violent, brutal beating up of inmates, especially inmates of color” by members of the local police force.” That was in 1986, he said.

All of that, he said, contributes to why Strong thinks there needs to be significant change in the U.S. criminal justice system. And why he’s trying to take part in that change.

During one of the first meetings of the task force, which had its first partially virtual/partially in-person gathering in October, Strong remembers someone else saying “I don’t want to be part of a dog and pony show.”

That’s been a real concern of the task force. When Vos announced the task force in August, Lt. Gov. Mandela Barnes said it was “late to the party,” referring to the ongoing movement against racial injustice. Although his words weren’t as cutting, Gov. Tony Evers also expressed dismay when a package of nine criminal justice bills — which included banning chokeholds, more training for cops and prohibiting no-knock warrants — were not immediately taken up by the Legislature.

Strong said he remembers a task force put together more than a decade ago by then-Gov. Jim Doyle, led by then-Madison Police Chief Noble Wray and then-state Sen. Spencer Coggs, a Democrat who is now treasurer for the City of Milwaukee. Although it had made some of the same recommendations coming up now, such as expanded oversight of law enforcement and expanding aid to public defenders, little action came from it, he said.

Regarding the “dog and pony show” statement this time around, Strong said “I surely hope that isn’t the case. I don’t think it is … We’ll make a difference. I hope we will.”

State Rep. Bob Wittke, R-Wind Point, said he hopes something — whether it’s a new law package, budget items or both — can be included in the upcoming legislative session.

“Everybody wants to see, coming out of this, real change,” Wittke said. “The goal is to start the next session with something tangible … the No. 1 priority is to get something done and to get it done right. A speed factor isn’t necessarily the first priority.”

There’s already a number of ideas on the table, resulting from Evers’ proposals and a similar, albeit less progressive, Republican-sponsored package.

One of the more controversial topics at hand is qualified immunity. Although Strong wouldn’t go so far as saying qualified immunity (as it applies to law enforcement) should be immediately abolished, he said several times during a Thursday phone interview that legal principle needs to be “looked at.”

“If an officer shoots a person under any circumstance, it (qualified immunity) basically says that, as a defense after a use of force, officers can say ‘I feared for my safety,’ ” Strong explained. “I’m not saying we need to end it or not. I think we certainly need to look more closely at it.”

He pointed to the 2014 killing of Michael Brown, an 18-year-old unarmed Black man, by Officer Darren Wilson in Ferguson, Mo., After it was announced that Wilson wouldn’t be charged in the shooting, Wilson said “I just did my job” in an interview with ABC News.

Education, housing also being looked at

Policing isn’t the only thing the Task Force is looking at. It’s been split into two segments: one focusing on law enforcement, and the other on education and housing. The second group is being led by Wittke, who is co-leading with state Rep. Kalan Haywood, D-Milwaukee.

For that side, “the canvas is kind of blank right now for us,” Wittke said, considering education and housing have taken less focus and have fewer tangible proposals on the floor as compared to legislative changes waiting in the wings regarding law enforcement.

Wittke, former president of the Racine Unified School Board, pointed to three things that most need to be looked at:

According to Wisconsin schools’ 2018-19 standardized test scores, fewer than 40% of students were rated as proficient or advanced

According to the United Health Foundation

“The goal of the Task Force,” Wittke said, “is to identify areas of agreement, common areas we can all put into Legislation or some other action the state government could take, that there are things we believe will be able to go all the way through both houses.”

More than 60 images from demonstrations in Racine on June 2, 2020

City moves forward on plan for new community center, but one alderman objected to lack of bidding process

The City of Racine will move forward with a master plan for the Lincoln-King Master Plan, over the objections of one alderman who was concerned bidding wasn't held for the complex project.

The Wisconsin Supreme Court was hearing arguments Monday on whether to strike down the state's mask mandate being challenged by conservatives as an unconstitutional overreach of power by Democratic. Gov. Tony Evers.

While no hard evidence has yet been presented of mass election fraud in the 2020 election, a Republican-led inquiry, seeking to find out if the results showing Joe Biden won the election over Donald Trump are accurate in Wisconsin, has zeroed in on Milwaukee County and Rock County.

With Wisconsin reporting a record 104 COVID-19-related deaths Tuesday, state health officials urge extra caution as Thanksgiving nears — along with the threat of a post-holiday surge in cases.

This story will be updated throughout the day.

More than half a year has passed since the state's first and only COVID-19 relief bill cleared both chambers of the Legislature and received Evers' signature.

Here are all the votes counted and reported so far from every municipality on every race throughout Racine County, including how each city/village/town voted in the presidential election. 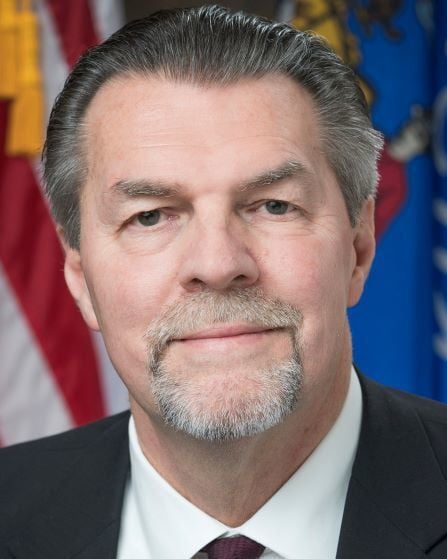