A Republican COVID package, proposed on Monday, no longer includes a requirement that school districts that have been mostly virtual to pay parents of students hundreds of dollars each to offset child care costs.

That idea was opposed by the Racine Unified School District, which said it doesn’t have the resources — $1.6 million — to pay $371 to each student’s family since it hasn’t offered in-person learning since March.

The package brought forward Monday was proposed by Assembly Speaker Robin Vos, R-Rochester. It may soon see a vote in the Committee on Health, which was scheduled to meet Tuesday afternoon. A full Assembly vote could be coming this week.

State Sen. Steve Nass, a Whitewater Republican whose district includes a small portion of southwestern Racine County, said last month he would not support any COVID response package that did not require districts that had been mostly virtual in fall 2020 to pay families.

However, with Republicans controlling 21 of 33 seats in the Senate and 61 out of 34 seats in the Assembly, it would take many more votes than just Nass breaking from the GOP to force a change in the Republicans’ response to bills brought forward by Gov. Tony Evers and the rest of Wisconsin’s elected Democrats.

The GOP proposals, unveiled after members of the Legislature were inaugurated Monday afternoon, would bar mandatory vaccinations (the state has already indicated it doesn’t plan to mandate); prevent local health officers from issuing coronavirus restrictions for more than two weeks without other approval; protect businesses from lawsuits seeking damages for COVID-19 exposure; temporarily relax restrictions for K-12 students seeking open enrollment outside of their resident school district; and require two-thirds approval by school boards for schools to offer virtual instruction.

Other measures would grant the GOP-led Legislature authority over how future federal aid dollars are spent — something Evers has adamantly opposed; prohibit the Wisconsin Department of Health Services from limiting public gatherings at churches; and allow residents at long-term care facilities one visitor.

“We can’t allow an unelected bureaucrat to rule over communities like a dictator, picking and choosing what businesses should fail or forcing schools to be virtual,” Vos said, in reference to efforts last year by DHS Secretary Andrea Palm to mitigate spread of the coronavirus.

The package does contain some measures in the compromise bill proposed by the governor, including allowing the Republican-controlled Joint Finance Committee to transfer $100 million in certain appropriations for COVID-19 expenses. The bill, like Evers’ proposal, also allows the coverage of vaccinations under SeniorCare.

But the GOP package would require the governor to submit to the budget committee any future plans for spending of federal COVID-19 dollars, a proposal Evers has opposed.

Mitchell Schmidt and Riley Vetterkind of Lee Newspapers contributed reporting to this article.

27 GOP lawmakers signed the resolution. Public health experts have urged the public to wear masks, wash hands and maintain social distancing to help slow the spread of the coronavirus.

Within hours of Joe Biden entering the White House, he quickly signed executive orders that not only signaled how different his priorities are to Donald Trump's, but also crossed Wisconsin’s Republican delegation.

Wisconsin Assembly Speaker Robin Vos is again limiting who can interact with him on social media two years after a federal judge found he had unconstitutionally blocked a liberal group from following him on Twitter.

Paul Ryan, the Janesville-native former Speaker of the House, has stepped almost wholly out of the political spotlight since he decided not to run for re-election in 2018. On Sunday, he spoke out against some of his fellow Republicans.

Democrats are calling for several Wisconsin Republican lawmakers to be removed from the Assembly Committee on Campaigns and Elections after they co-signed a letter earlier this month that unsuccessfully sought to convince Vice President Mike Pence to stall the certification of Joe Biden's election win.

The Jan. 5 letter was signed by 15 Wisconsin GOP legislators, including four who sit on the Committee on Campaigns and Elections.

Another 106 conservative representatives and senators from other states also signed the letter, as did Chuck Wichgers, a Muskego representative whose district includes Waterford and who defended his seat in the Nov. 3 election that he wanted to be investigated. 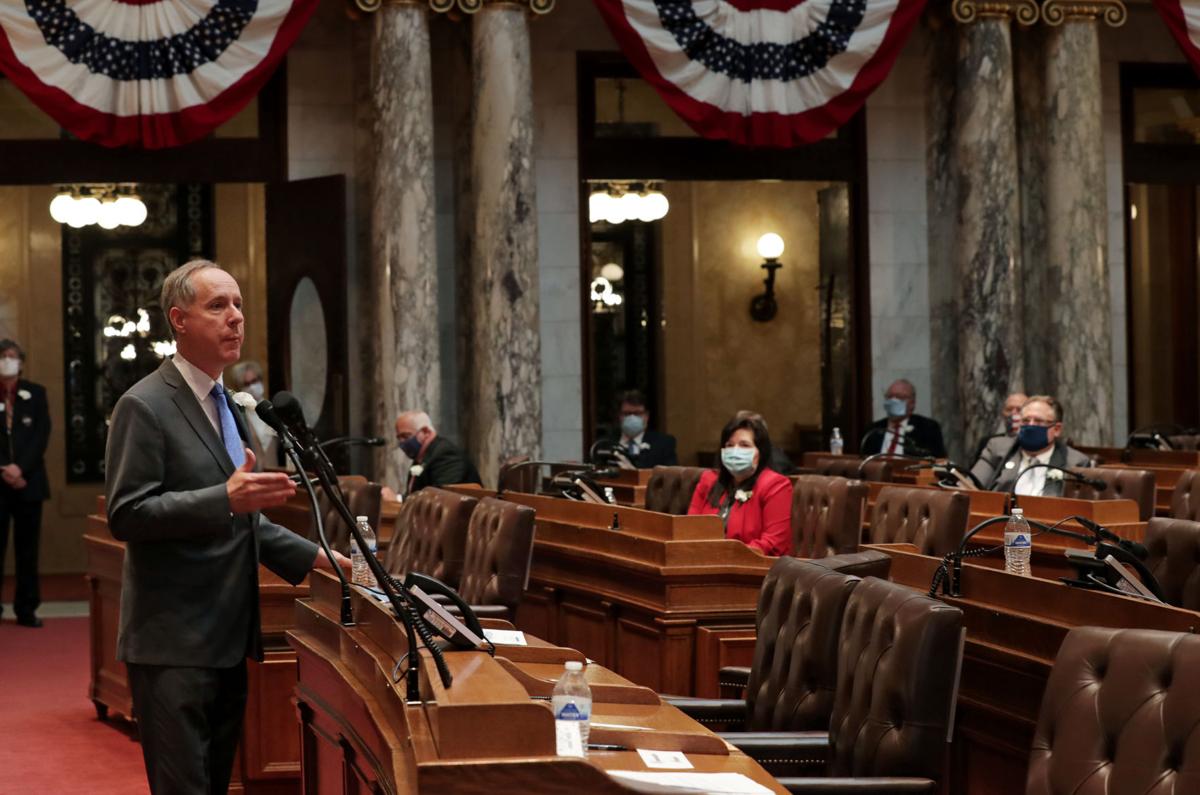 Assembly Speaker Robin Vos, R-Rochester, addresses members on the opening day of the 2021-22 legislative session Monday. Republicans mostly ignored a compromise plan by Gov. Tony Evers responding to COVID-19, introducing a package of proposals, some of which the Democratic governor strongly opposes. 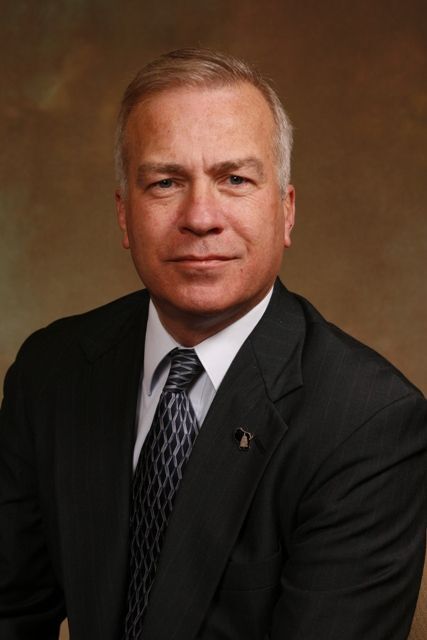