He said in a text to a reporter "We are going to return Cory's ballot to City Hall with a film crew."

In the latest episode of a tumultuous 72 hours in Racine County's political sphere, the state Department of Justice confirmed late Friday that it is investigating apparent intentional election fraud carried out by one man in Racine County.

A conservative activist typically focused on government transparency, Harry Wait, who lives in the Town of Dover, has publicly admitted to multiple journalists and elected officials that he used MyVote.Wi.gov early Wednesday morning to illegally request the absentee ballots of two prominent elected officials, Racine Mayor Cory Mason and Assembly Speaker Robin Vos, to prove he could without needing to provide voter ID.

A video of him requesting the ballots was uploaded to Rumble.com, a video sharing website favored by conservatives.

"(The) DOJ is aware of reports of ballots being requested in Racine County for registered voters without their permission," Gillian Drummond, DOJ director of communications, said in an email. "DOJ has been in contact with (Racine County) DA (Patricia) Hanson and will be investigating this matter. As this is an ongoing matter, DOJ will not be providing further comment at this time."

Thursday, Hanson told The Journal Times she was referring the situation to the Racine County Sheriff's Office for investigation.

Requesting absentee ballots under another person's name is a felony in Wisconsin, according to the Wisconsin Elections Commission. Wait said he knew it was a felony to request Vos' and Mason's ballots, but did it anyway to prove it was possible.

Wait said he requested the ballots of about 10 friends in addition to the ballots of Mason and Vos. "I could have ordered hundreds of them, a thousand of them," he said Thursday. "There's no limit."

Will Wait be charged?

In a Facebook post Friday afternoon, the RCSO said it "is pleased" that the state Attorney General's Office "responded to our request and has ordered the Division of Criminal Investigation to investigate the matters surrounding individuals being able to obtain other peoples’ ballots through MyVote Wisconsin."

The Sheriff's Office has faced criticism from Democratic officials for being made aware of what Wait did Wednesday morning but not moving to arrest him, instead first publicly criticizing and calling for immediate change within the MyVote system.

"He should be charged, like — yesterday" and "Charge him!" state Sen. Kelda Roys, D-Madison, said in a pair of tweets Thursday.

The Racine County Sheriff's Office, in Friday's Facebook post, said that "any statements alleging the Sheriff’s Office would not investigate this issue or take appropriate enforcement actions were wrong."

Wait told members of the press that, after he informed officials of his illegal ballot requests via email at 3:13 a.m. Wednesday, he received a phone call from Sheriff Christopher Schmaling. Wait said he asked Schmaling if he would be arrested, Schmaling replied "Hell no."

Wait had sent a follow-up email to officials after 10 a.m. Wednesday that, according to the RCSO, said "I am at the Racine County Fair in the expo building manning the HOT (Honest, Open, Transparent) Government booth should you wish to follow up to further discuss these findings or arrest me."

Wait is president of the HOT Government organization, a watchdog group known for its zany antics including a 2019 plan to burn an effigy in protest of the City of Racine's government and for hanging a mannequin wearing a "Corrupt Officials" t-shirt from the rafters of its meetings.

In Friday's Facebook post, the RCSO confirmed that Schmaling did say "Hell no" to Wait in relation to whether the activist would be arrested, but that didn't tell the whole story.

"Criminal arrests, where police physically place a citizen in handcuffs, are made after thorough investigations and the formulation of probable cause. Criminal arrests are not based upon late-night emails and requests to be arrested," the post said.

Friday's RCSO Facebook post continued: "Sheriff Schmaling understands Wait’s passion and commitment to honest, open, and transparent government, especially as it pertains to elections; however, he never gave Wait permission or consent for Wait’s actions. Sheriff Schmaling does not condone any violation of the law."

The ongoing controversy around MyVote kicked off Wednesday afternoon when the Racine County Sheriff's Office made a Facebook post alleging "vulnerabilities" in MyVote as it is possible to request absentee ballots on behalf of other people without their knowledge and without presenting voter ID, and having their ballot sent to an address of the requestor's choosing. The RCSO made its Facebook post Wednesday after receiving complaints from Wait and a Burlington woman, Adrianne Melby, who said she had a friend of hers request her absentee ballot via MyVote and have it delivered to the friend's house — the ballot was delivered to Melby's friend's home, Melby said.

The RCSO, Wait and Melby allege this leaves elections in the state open to widespread fraud.

"There are many checks in the system at both the state and the local level to prevent and detect such activity," WED Administrator Meagan Wolfe said Thursday during an emergency meeting.

Among those checks are that, should Vos and Mason try to cast a ballot in the ongoing primary election, the WEC system would have flagged that they requested absentee ballots and the fraud would be found out before the fraudulent ballots were counted.

To request an absentee ballot in Wisconsin, those who have voted by mail previously do not need to present a voter ID again because their ID is already on file with WEC. If someone had only ever voted in person previously, then they would need to provide an electronic copy of their voter ID in order to request a mail-in ballot.

After Wait's actions came to light, Wolfe said the commission is searching its data for instances of numerous ballots being mailed to a single address to identify potential fraud; although multiple ballots being cast from a single address is not necessarily fraudulent, considering multiple voters often live in the same residence or building.

Friday's RCSO Facebook post said the Sheriff's Office was "pleased" with the Wisconsin Elections Commission for having an emergency meeting Thursday night after the controversy sparked Wednesday, but also criticized WEC for not saying there is a "vulnerability" in the MyVote system as Wait and the Sheriff's Office have both alleged. The post said that WEC's position — which states "there is no indication of any vulnerability with the MyVote application" — is "flawed."

The RCSO's Facebook post Friday concluded with a call to action: "The Sheriff’s Office encourages citizens to contact their representatives and state what requirements they want in Wisconsin’s voting laws. The current law is that once a person’s photo identification is on file, no form of photo identification need be shown when voting absentee by mail. Furthermore, the request to send an absentee ballot to a different address can be made via fax, email, MyVote Wisconsin, or scribbled on a piece of paper and placed in the mail. If you desire a system that is more secure, please contact your state Senator and Representative."

Schmaling, a Republican who supported Donald Trump, said in a statement: "At the end of the day, whether your preferred candidate wins or losses (sic), we all deserve to know that the law was followed — that the election was fair and secure."

Mitchell Schmidt of Lee Newspapers contributed to this report.

Voting below a Spaceship (Church)

Driving through District 63, particularly in Union Grove & Burlington, nearly every yard has a political sign. One for incumbent Robin Vos. Two in a row for challenger Adam Steen. Another three Vos signs, two more for Steen... 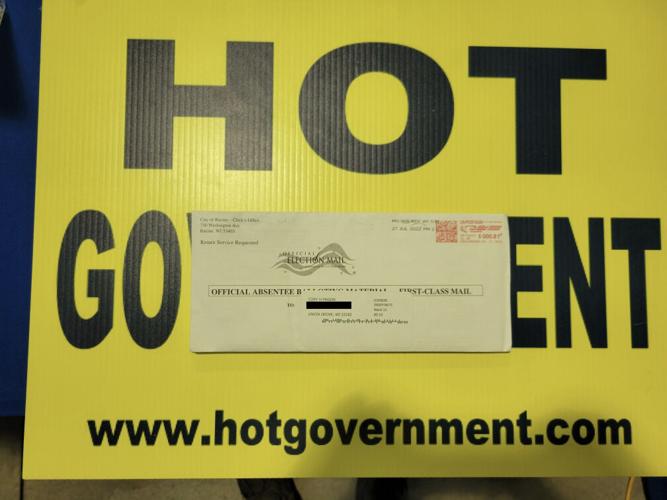 In this photo submitted by Harry Wait to a reporter Friday evening, Wait said he has received the absentee ballot for Racine Mayor Cory Mason after he illegally requested Mason's ballot via MyVote.Wi.gov in order to prove he could and display a "vulnerability" to fraud within the Wisconsin Elections Commission's system. The ballot is placed on a sign for "HOT Government," the watchdog organization Wait is president of. While Wait has publicly shared his address online, The Journal Times has blacked it out of this image. In the fine print on the envelope, the ballot is addressed to CORY H MASON but the address is Wait's. 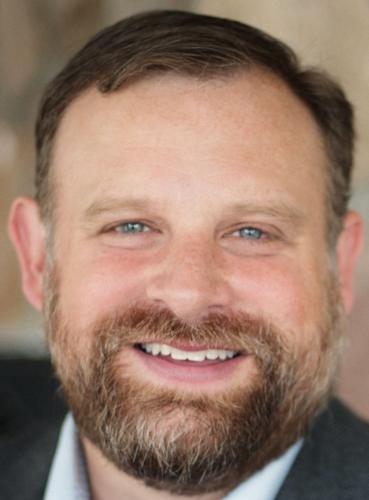 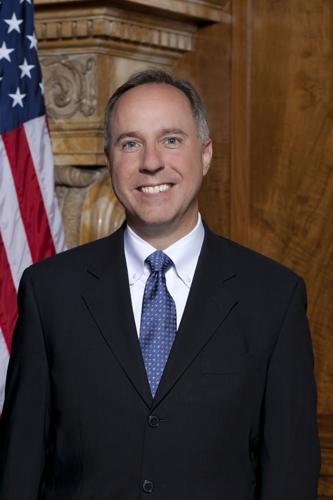 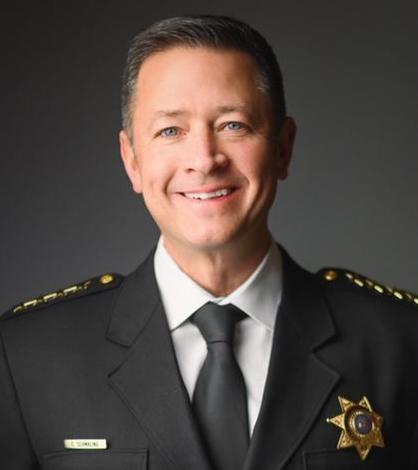