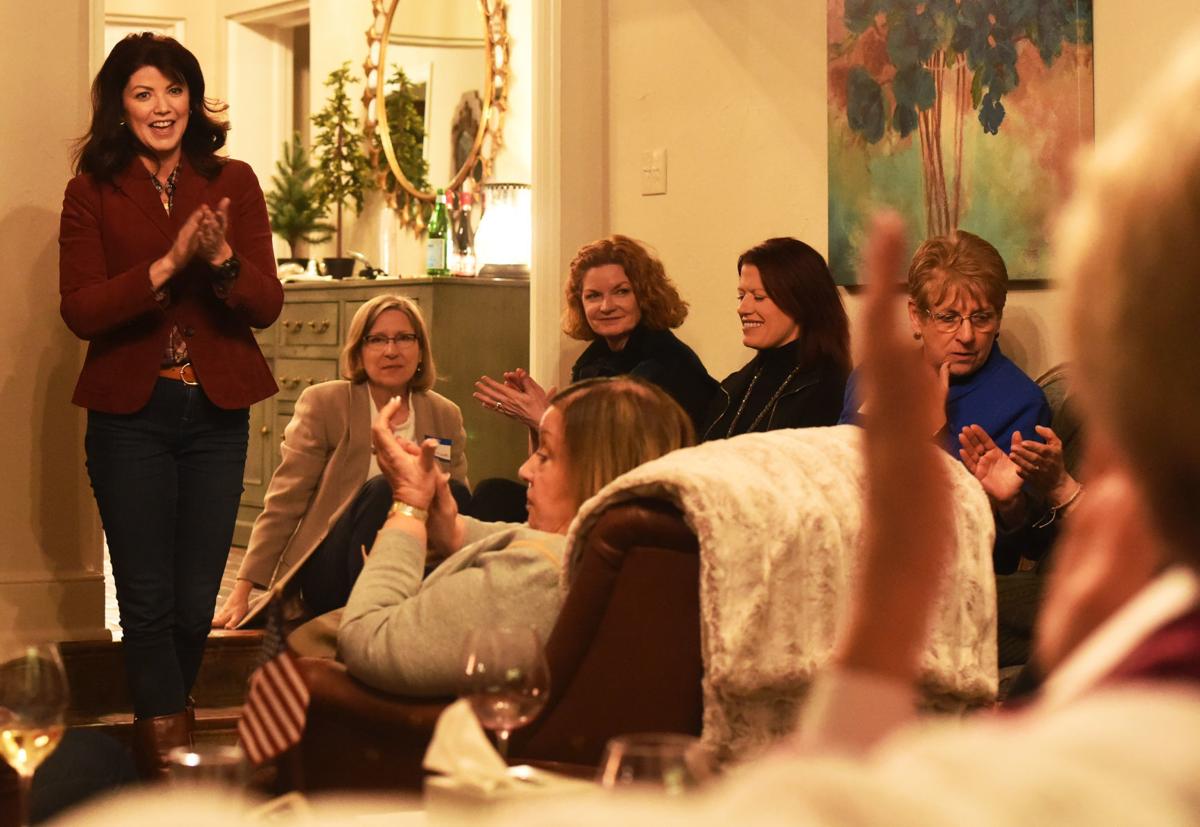 Former Lt. Gov. Rebecca Kleefisch speaks Tuesday in Kenosha with a group of more than two dozen women during a gathering of the Republican Women of Southeast Wisconsin. 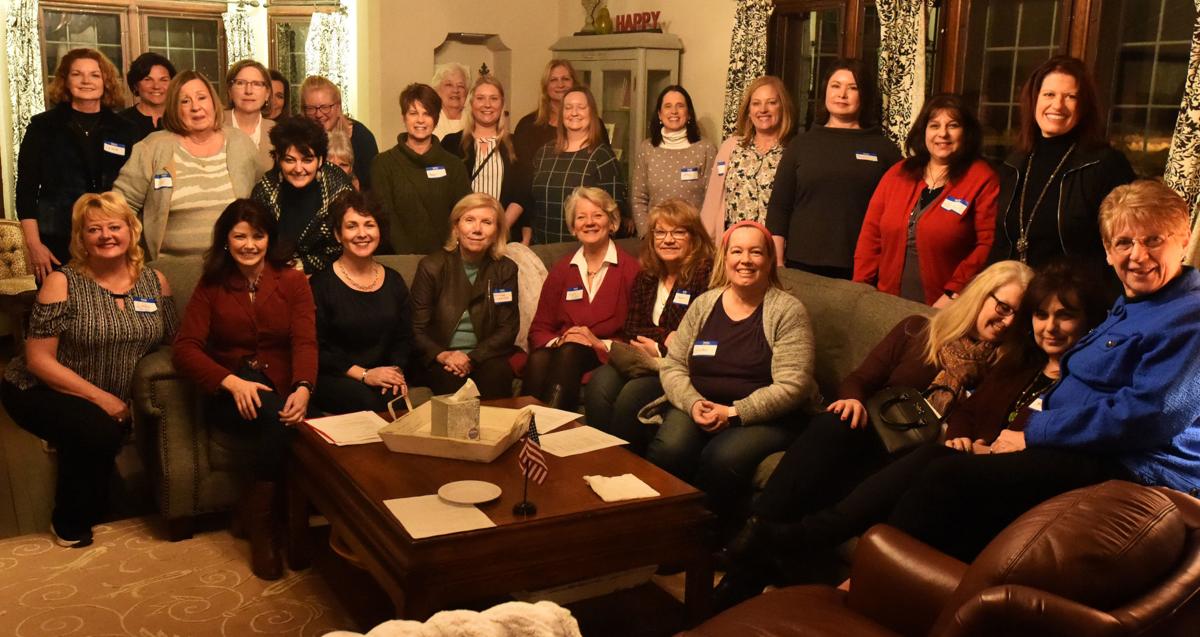 Just shy of 30 women attended Tuesday's meeting of the Republican Women of Southeast Wisconsin at a home in Kenosha, during which former Lieutenant Governor Rebecca Kleefisch spoke for about an hour about beating cancer and a 2012 recall election.

KENOSHA — While much of the country is engrossed by impeachment hearings, a group of local Republican women are looking ahead to the November presidential election.

It was conservative women who helped Wisconsin Republicans survive recall attempts in 2012. Now, those same women could make or break President Donald Trump’s bid to stay in the White House.

In the second year of her first term, Lt. Gov. Rebecca Kleefisch was at risk of losing her job. The passage of Act 10 was going to gut public unions to combat the state’s growing deficit, leading to massive protests at the Capitol.

“I remember the petitions on white paper to recall (then-Gov. Scott) Walker,” Kleefisch said, “and the pink petitions to recall me. Because, you know, girls like pink.”

Polls showed that both Kleefisch and Walker had an edge on their challengers, but not by much. In the months leading up to the June 2012 vote, Kleefisch said she “expected to lose” while Walker would keep his job.

Lynch is a Racine native who has been advocating for Republicans since the 1970s. She started working local campaigns in the 1970s, led local and regional groups of Republican women over the next few decades, and was unanimously elected as the president of the National Federation of Republican Women in 2009.

Demoralized and facing recall less than two years after her political life started, Kleefisch was invited by Lynch to speak at an event in Washington D.C.

Kleefisch didn’t want to. But Lynch was very convincing.

“You will not be forgotten. They will help you win this recall race,” Lynch told Kleefisch.

After the visit, Republican women on the East Coast started donating to Kleefisch’s campaign and making phone calls to Wisconsinites, encouraging them to vote to keep Kleefisch and Walker in office.

Kleefisch thinks those phone calls put her campaign over the edge. “That saved my political life.”

With the left hankering to remove Trump from the White House, Kleefisch wants to help Trump by employing the same strategy that kept her in office almost a decade ago.

Fast-forward to the present. It’s a Tuesday evening in January 2020 in a Kenosha home nestled in a lakefront neighborhood.

Some of them are good friends. Others just met. They swap stories about Trump rallies they’ve been to, talk about their shared Christian faith and enjoy the company of like-minded women.

It’s one of the first gatherings, ahead of the 2020 election, for the Republican Women of Southeast Wisconsin, a local affiliate of the national federation that Lynch once led.

Besides wine, cheese and dialogue, the former lieutenant governor was the main event.

Kleefisch’s anecdotes inspired the women in the room not only to vote Republican, but also to support Republican campaigns.

A big deal they truly are. In general, women are more likely to vote than men, 55.0% to 51.8%, according to the Pew Research Center.

The battle is even tighter in Wisconsin. Trump defeated Hillary Clinton in 2016 by fewer than 23,000 votes.

She talked about the GOP’s roots, opposing slavery in the mid 1800s and leading the charge for women’s right to vote in the early 20th century. During part of 2019, Kleefisch was executive director of the Women’s Suffrage Centennial Commission. “We are the real feminists,” she said, “the real fighters for equality.”

Then the talk got more technical, political and partisan.

Kleefisch claimed that if universal health care comes to be in the U.S. — something that Democrat presidential frontrunners Bernie Sanders and Elizabeth Warren hope to implement — it would limit American freedom.

“That’s creepy guys,” Kleefisch said of universal health care, “because that’s literally a socialist policy … Stuff like that is creepy. Stuff like that is un-American.” Kleefisch didn’t mention the possibility of significantly raising taxes on the wealthy, which is what Sanders and Warren want to do to make up the difference.

Kleefisch claimed that people on the left believe those “of the Christian faith could not hold public office,” referencing Brian Hagedorn who won the 2019 Wisconsin Supreme Court race.

Some of the women at Tuesday’s gathering, like Lynch, are deeply invested in the GOP. They don’t need to hear a sales pitch to vote Republican.

Crystal Miller, whose home played host to the gathering, owns a series of assisted living facilities. Miller has long been a conservative, a result of her affection for “conservative values,” mainly “less regulations, smaller government.”

But Sue Sweetman, a Racine nurse, didn’t even vote for Republican Mitt Romney in 2012. She voted for the Constitution Party, usually an even more conservative group than the GOP.

Trump is what got Sweetman back on the Republican train.

Sweetman loves how the president talks about his Christian faith. On Jan. 16, Trump made a directive that reaffirmed student groups’ right to religious expression in public schools.

That’s what Kleefisch likes to hear.

“You have a level of trust with your friends that no politician could ever have,” Kleefisch said Tuesday night. “You need to do everything possible to get your friends and neighbors out to vote.”

Racine Dems travel to Iowa to try to swing caucuses

Although they’re working in Iowa, many of the thousands of volunteers canvassing across the Hawkeye State hail from another land: Wisconsin.

What is the effect if a voter incorrectly loses their voter registration?

If someone’s name is removed from Wisconsin’s database of registered voters, why does it matter if they can just reregister when they show up to vote? We asked some experts to weigh in.

The Iowa Caucus is over (even if all the votes still haven’t been counted) and poll workers are getting trained. That must mean election season is here.

Archbishop distances the church from 'Catholics for Trump' Coalitions, which will launch in Milwaukee

There are approximately 70.4 million Catholics in the United States, 22% of the country's population. Approximately 1 in 4 Wisconsinites identify as Catholic, according to the Pew Research Center.

Former Lt. Gov. Rebecca Kleefisch speaks Tuesday in Kenosha with a group of more than two dozen women during a gathering of the Republican Women of Southeast Wisconsin. 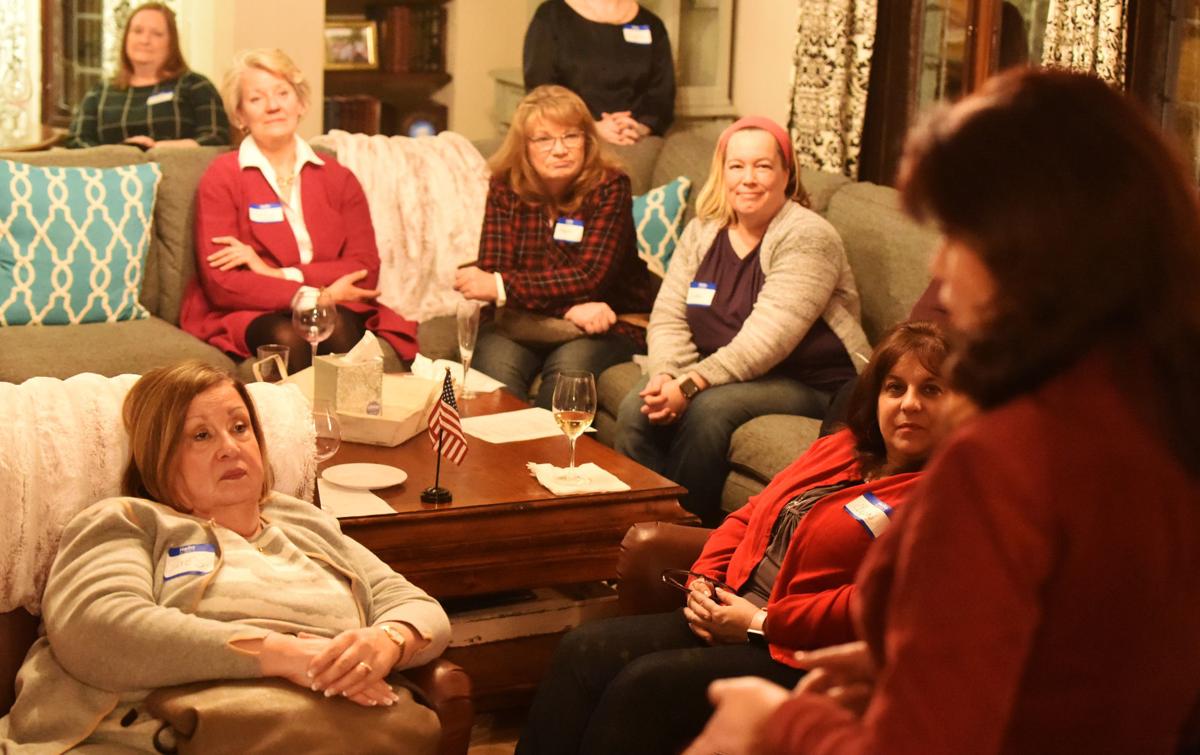 Women gathered Tuesday in a Kenosha home listen to former Lt. Gov. Rebecca Kleefisch during a gathering of Republican Women of Southeast Wisconsin. At front left is Sue Sweetman of Racine.

Just shy of 30 women attended Tuesday's meeting of the Republican Women of Southeast Wisconsin at a home in Kenosha, during which former Lieutenant Governor Rebecca Kleefisch spoke for about an hour about beating cancer and a 2012 recall election. 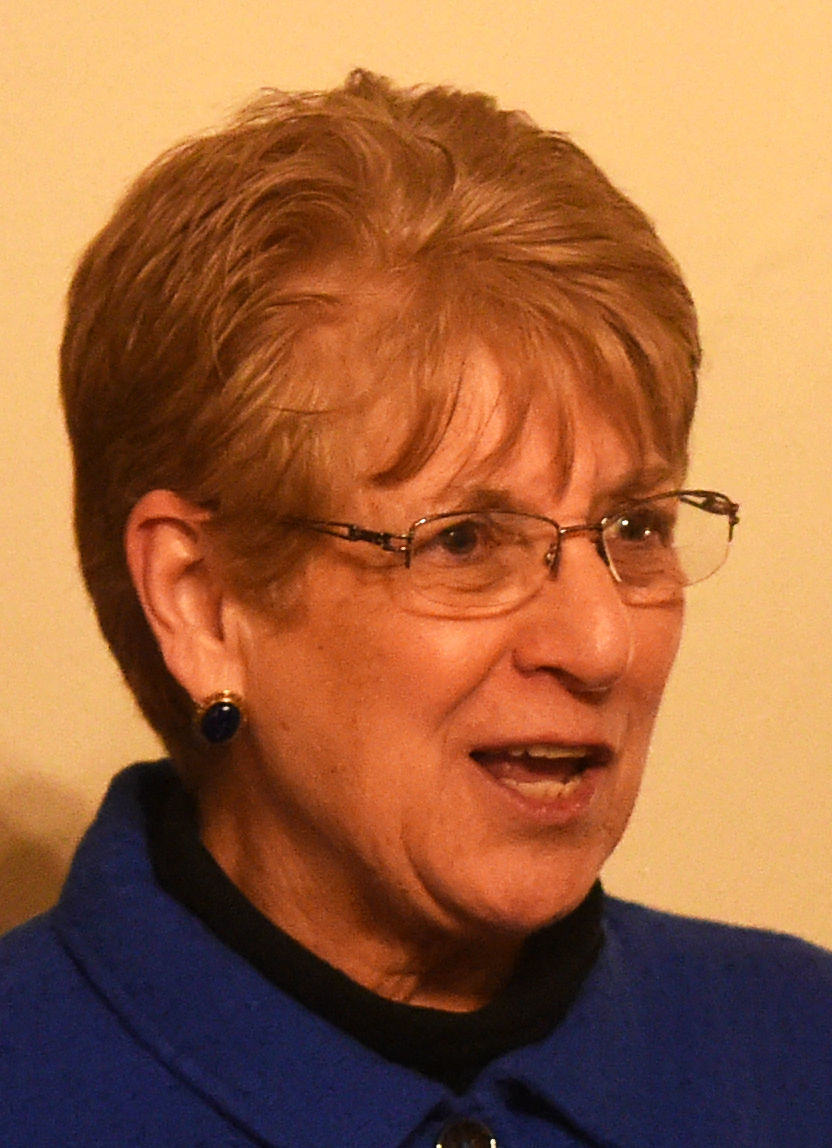