RACINE — City officials are forging ahead with a package of reforms designed to improve conditions at rental properties throughout Racine.

Several members of the Homelessness and Housing Alliance of Racine County attended a renters' roundtable in August, including Sharen Pease from the Center for Veterans Issues.

"One thing I got from the roundtable was that (the participants) wanted to make sure this wasn't another empty comment session," Pease said at the alliance's meeting on Friday. "They want to see something that — and I think that's going to be important to the people renting now in Racine — is the feeling that the city is following through and being behind them so they can see tangible results in their own lives."

At that meeting, Mayor Cory Mason presented what he called a "robust" package of housing reforms, "the most substantial reforms on housing in a generation."

"The reforms will raise expectations, protect our city's renters, incentivize good landlords and transform housing throughout the city," he said.

Mason said many of the plan's components are based on the feedback he heard at the renters' roundtable, a separate roundtable with landlords and from the many housing experts involved with the housing alliance.

The RENTS (Rental Empowerment and Neighborhood Tenant Services) initiative is a package of housing reforms that, according to a city press release, is, "aimed at protecting both renters and good landlords, while sending a clear message for absentee property owners that the city will no longer tolerate them letting their properties deteriorate, blighting our neighborhoods and impacting all residents' quality of life."

Since 2011, Wisconsin's housing laws have changed in ways that largely benefit landlords, including initiatives to preemptively restrict what municipalities can do to regulate their rental markets.

"There's a limit under state statute of how much you can accomplish on some of these local initiatives," Mason said. "What we're trying to do is find a space that creates a level playing field between landlords and tenants and still complies with state law."

The proposed changes include:

Mason and Vicky Selkowe, the city's manager of strategic initiatives and community partnerships, said many of the initiatives, particularly regarding code enforcement, were results of the renters' roundtable.

"Person after person said, 'I just don't report (housing code violations) because I don't want to get evicted,'" said Mason. "We've got to move past that. We can't have people living in unsafe, unhealthy conditions for fear of retaliation."

That was a motivator behind strengthening the nuisance codes and the targeted neighborhood inspections, the details of which city staff said would be worked through once the 2020 city budget is approved by the City Council. The council's Committee of the Whole is scheduled to hold budget discussion at 6 p.m. on Tuesday at City Hall, 730 Washington Ave., Room 205.

Because many tenants are unable to report code violations for fear of retaliation, the city will bring inspectors to the neighborhoods with housing issues. And to encourage tenants in the future to report violations, an anti-retaliation ordinance will not permit a landlord to evict the tenant for six months after the code violation is reported unless the landlord can prove another issue is at play, such as the tenant not paying rent or violating the terms of their rental agreement.

The initiatives were also developed to save city staff time and money for the city. The idea for the landlord registry was formed when Mason learned how much time city staff was spending trying to locate the property owners of dilapidated properties. The proposed changes to the city's nuisances ordinances would also fine repeat offenders for the cost to the city to enforce housing codes on their property.

Mason emphasized that the initiatives were developed to protect both good tenants and landlords from bad actors.

For example, during a landlords' roundtable, some landlords said they believed that tenants who didn't have their rent money would report the property for code violations so they wouldn't have to pay. The city's escrow account would ensure that tenants have the capacity to pay rent and set that rent money aside until repairs are completed.

Mason said the first initiative, the landlord registry, was in part inspired by a conversation with landlords who said they wanted to provide their contact information to the city. That way, when a situation arises with one of their properties, it could be resolved with a phone call, not a citation in the mail.

The city's approach isn't all stick and no carrot. At Friday's Housing and Homelessness Alliance meeting, the Center for Veterans Issues' Pease asked about incentives for landlords. The city has low-interest loans available through Community Development Block Grant funds for landlords for renovating their properties to bring them up to code.

"We have many excellent landlords. We need more of them," said Mason. "If almost half the city is renters you need good landlords who are good actors and good players in that space."

RACINE — After living in their rental house for five years, Danny and Jenelle Compos’ landlord told them he had sold his own house and planned…

RACINE — While the city’s tax rate is decreasing, fees on the other hand are going up, including the city’s recycling fee and several addition…

RACINE — The RENTS initiative was still included in the 2020 budget, which received city approval Tuesday despite objections voiced by landlor…

'We just wanted to get through to them:' Family says landlord ignored them, then evicted them

RACINE — Issues in Racine’s rental market have been around for a while, and in 2019 they came to a head with the city rolling out a package of…

RACINE — Using data and mapping software, city staff has selected areas of the city for targeted rental property inspections as part of its ne…

Governing at a distance: How will Racine move forward with no meetings?

RACINE — How do you govern during a pandemic?

Final RENTS piece in place, but malware and COVID-19 may delay initiative 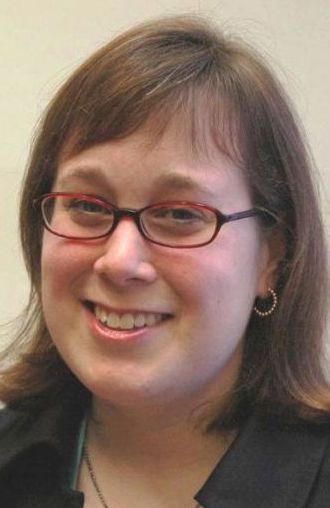