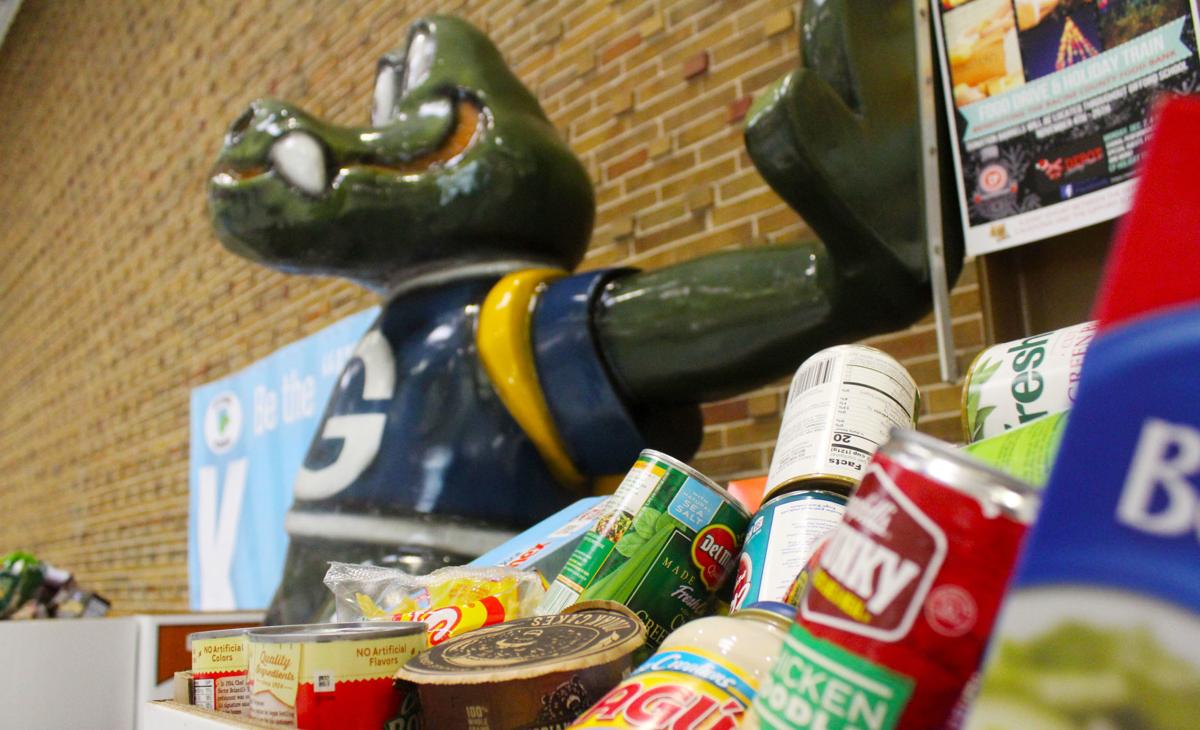 Clifford, Gifford School's alligator mascot, stands above 687 pounds of food donated by students this month. That food has been given to the Racine County Food Bank and is to be redistributed to local food pantries. 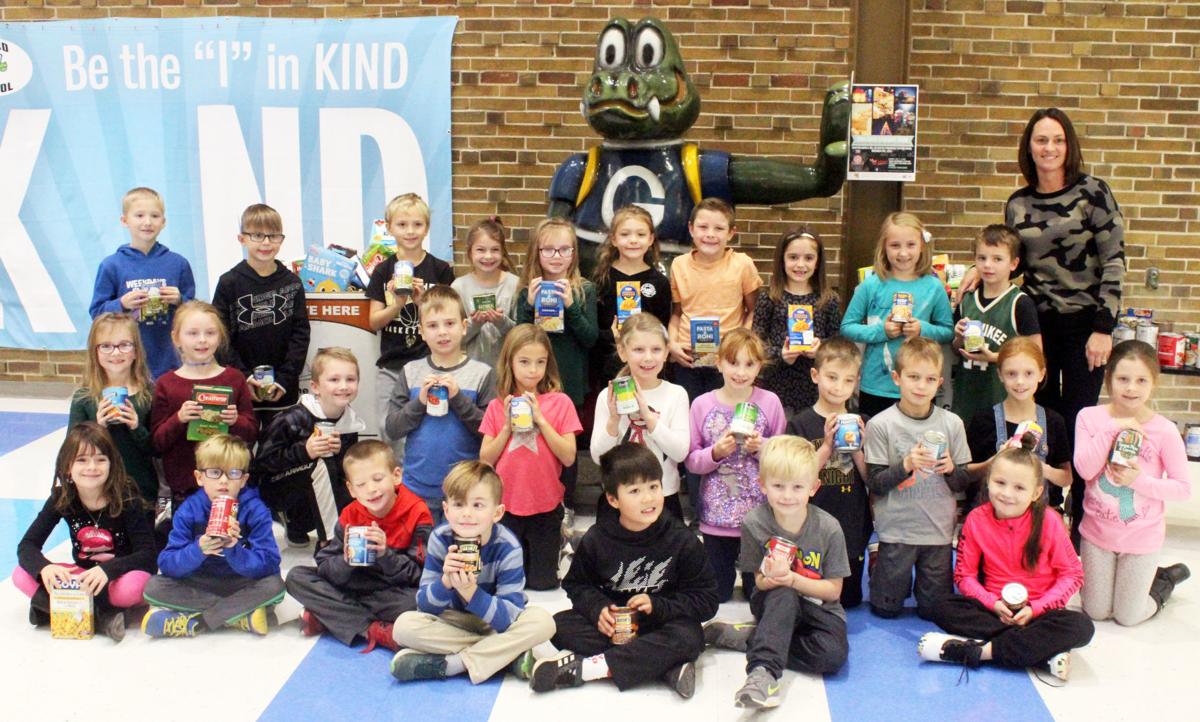 Melinda Schmidt’s second-grade class at Gifford School, 8332 Northwestern Ave., won Monday's competition for being the class that made the most donations on the final day of the school's November food drive, with 125 nonperishables donated in one day. 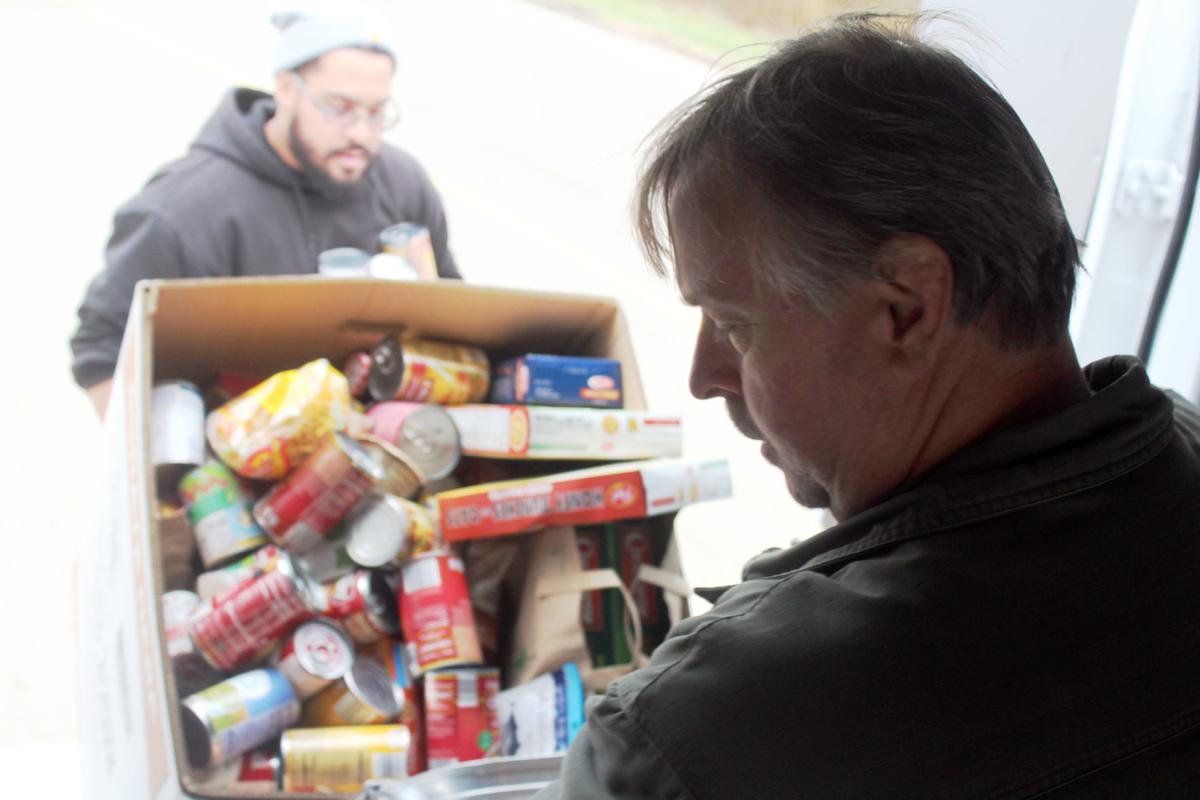 It’s also how much food students and families at Gifford School collected this month to support the Racine County Food Bank, which will use the donations to stock local food pantries.

The collection was the brainchild of Sue Gracyalny, who co-owns The Depot Tavern, 11402 Highway G, with her husband Mark. Every year, The Depot and its neighbor on Highway G, Parker Power Equipment, sponsors a food drive and celebration coinciding with the Canadian Pacific Holiday Train’s pass through the county.

In the past, the Holiday Train has only slowed down as it crossed Highway G, cheered on by Depot patrons. But for the first time, it’s going to make a stop at the railroad crossing, scheduled for 8:15 p.m. on Dec. 2. The train will still be making its customary stop at the Sturtevant Amtrak Depot, 9900 E. Exploration Court, on the same day at 7 p.m.

Canadian Pacific is guessing that as many as 1,700 people may take part in The Depot’s celebration, scheduled from 4 to 9 p.m. on Dec. 2. Gracyalny said that typically 300 to 400 have attended when the Holiday Train just rolled past without stopping for the customary ceremony and musical performances.

Every year, the Canadian Pacific leads its own collections for local food banks, while also encouraging the communities the railway passes through to do collections of their own. Since 1999, $12 million and 4.5 million pounds of food have been collected and donated.

Carl Christensen, an employee of the Racine County Food Bank, said that wintertime tends to be relatively busy when it comes to collections, “but we could always use more.”

Gracyalny complimented the work of Gifford’s parent-teacher association for leading the collection, which began Nov. 4 and ended Monday.

“I reached out, and then they took it and ran with it,” she said.

Matter said that the Racine County Food Bank dropped off large cardboard bins at the beginning of the month the students could place donations of nonperishables into, and all the PTA had to do was create posters and get the word out.

Melinda Schmidt’s second-grade class won a classroom vs. classroom competition by bringing in the most items on Monday, with 125 nonperishables donated.

What does Racine County look like with a bird's-eye view?

The Depot's Holiday Train party is scheduled to start at 4 p.m. on Dec. 2 and end at 9 p.m. Since parking is limited, buses from First Student will shuttle riders from 5-7 p.m. from the following parking lots:

The cost for the shuttle is $5 for adults and free for youth 15 and younger.

A look back: The Depot on Highway G provides food, fun, history

CALEDONIA — Sitting together on a Tuesday night at The Depot tavern, Dianne Bertelsen and Connie Larsen, both 1961 Park High School graduates,…

Clifford, Gifford School's alligator mascot, stands above 687 pounds of food donated by students this month. That food has been given to the Racine County Food Bank and is to be redistributed to local food pantries.

Melinda Schmidt’s second-grade class at Gifford School, 8332 Northwestern Ave., won Monday's competition for being the class that made the most donations on the final day of the school's November food drive, with 125 nonperishables donated in one day.