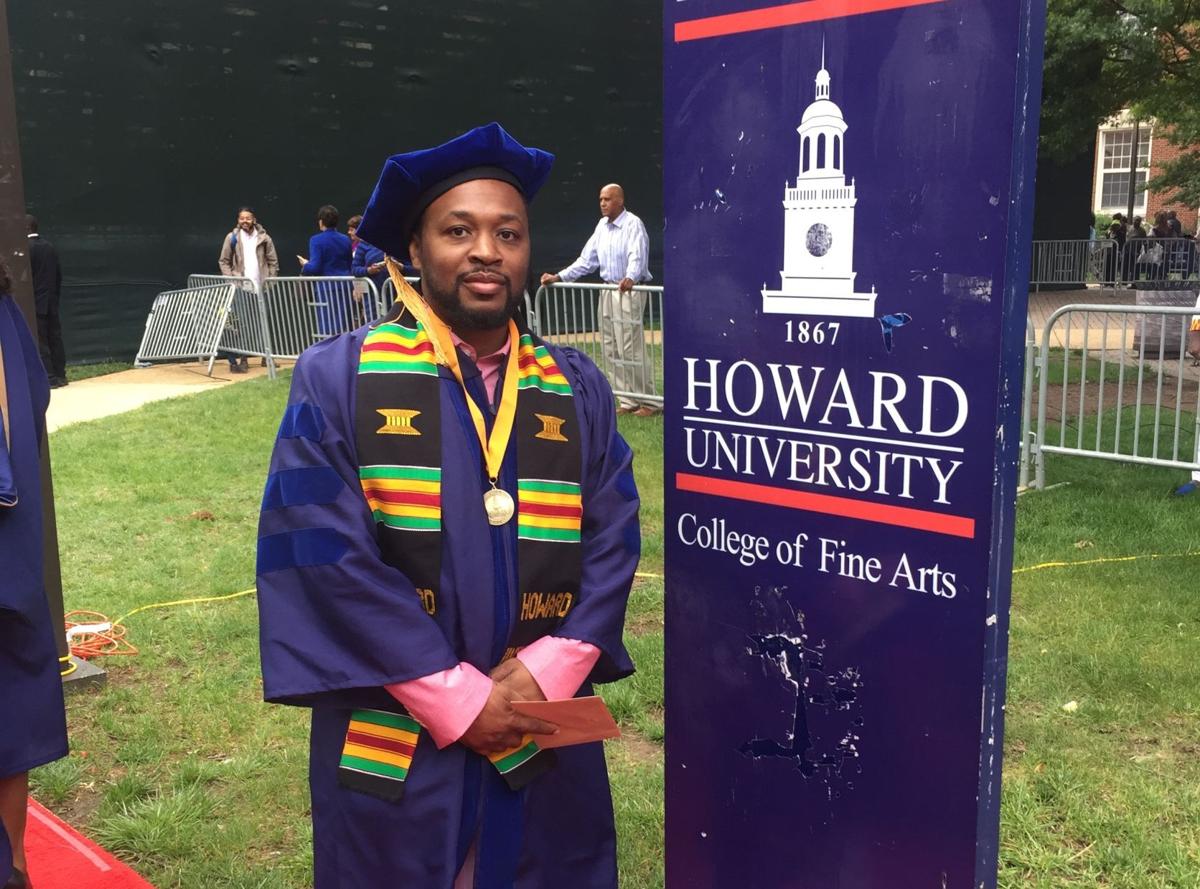 Anton House, shown in 2019 when he received a doctorate in history from Howard University, on Friday received a pardon from Gov. Tony Evers for a felony drug conviction 20 years ago. 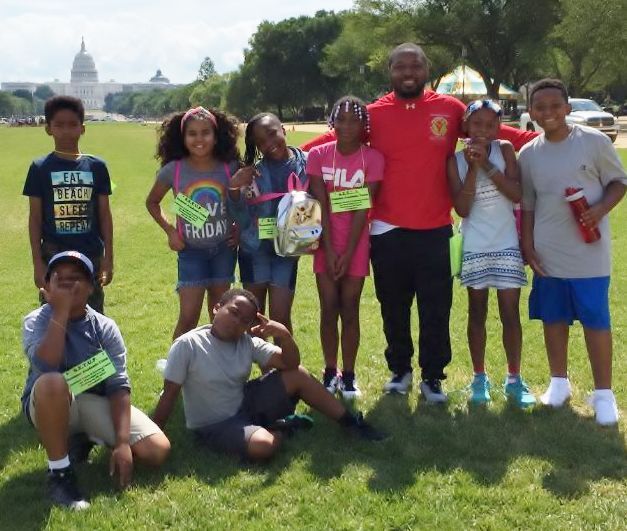 Anton House, third from right, works as a tutor and serves as a mentor to youths in the Washington, D.C., area, where he has lived since moving from his native Racine. 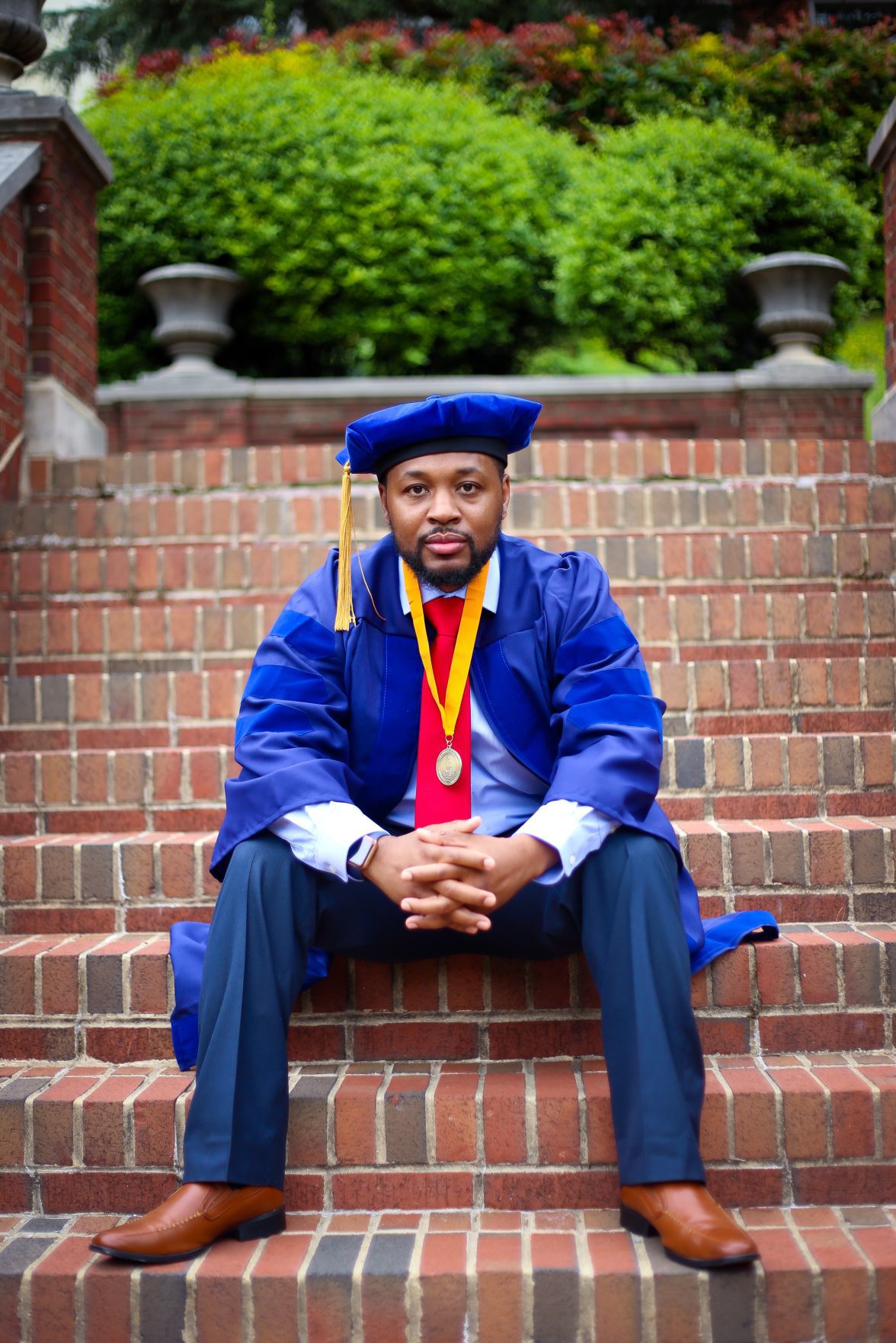 Former Racine resident Anton House, 39, obtained a doctorate in U.S. history from Howard University this spring. He has come a long way from selling drugs as a teen on Racine's streets.

WASHINGTON, D.C. — In the 1990s, Anton House was a teenager selling drugs in Racine. This spring, House, 39, earned his doctorate in United States history from Howard University, a historically black university in Washington.

House hopes that his journey can serve as an example for young black boys and girls from Racine, and in the nation’s capital, where he works as a mentor, tutor and homework coordinator at the South East Tennis and Learning Center.

“I was able to utilize my mind to take me someplace, and that’s what I try to impress on a lot of the boys and girls who come from, not only from Racine, but some of the lower socioeconomic communities that I work in,” House said. “Your mind can take you as far as you fill it.”

He tells the young people he knows to fill their minds with information through studying and reading.

At 13, House started selling drugs and began carrying a gun. He was sent to a juvenile detention center at 15 and dropped out of Case High School at 16. House went to prison for the first time at age 18, and was there again in 2001.

While in prison, House read “The Destruction of Black Civilization” by Chancellor Williams; after that he decided to fill his own mind with information. He obtained his high school equivalency diploma while in prison. The Journal Times first told House’s story just after he graduated from the University of Wisconsin-Parkside in 2011 with a bachelor’s degree in history.

From there, House moved to Washington and obtained a master’s degree from Howard. He earned his doctorate this spring with a dissertation titled “Toward a Black Economy: William Washington Browne and His Vision of Black Self Reliance, 1881- 1897.”

House believes that sometimes kids, much like himself a few decades ago, end up on the wrong path simply because they’re doing the same things that everyone around them is doing.

Meanwhile, they don’t have someone with whom they can identify to redirect them and help them make the right choices.

“Unfortunately, when I was growing up we had so many people that were doing the wrong thing and the mind state was, ‘lock these kids up,’ not ‘how do we help these kids?’ ” House said. “They don’t need jail; they need something to challenge them mentally because that’s learned behavior.”

House believes that inherent and systemic racism are rampant in Racine and thinks the media plays a part in that.

When people learn that he’s from Wisconsin, they talk about cheese and cows. He alerts them that Wisconsin has the highest incarceration rate for black males in the nation.

Ed Schmitt, associate professor of history at Parkside, has kept in touch with House via Facebook and email since House was his student. House called Parkside a place of “diversity and inclusion.”

Schmitt said that knowing House’s background, he’s amazed at his former student’s accomplishments, but on the other hand he’s not surprised given how motivated House was when he was a student at Parkside.

“You could tell that he felt like what we were learning in history classes, especially in my African-American history class, that it really mattered in the present,” Schmitt said. “And he just was really passionate about kind of learning all that he could.”

And it seems that House still feels that way.

“In finding my family’s history, I found my place in the world,” House said.

House’s paternal ancestors came to Virginia in 1790 as slaves and were part of the largest mass migration in the history of the nation, the Trail of Sorrow, when Africans and African American slaves were forced to walk from the Upper South to the Deep South. Their owner settled in Louisiana, and then his ancestors were sent to Mississippi.

His grandfather was born in Mississippi in 1921 and moved to Wisconsin in 1951 to take advantage of the industrial labor jobs in southeast Wisconsin. But most of those jobs were gone by the time House was old enough to look for work.

“Now, at this historic moment 156 years after the Emancipation Proclamation and the 400 years after the first Africans stepped foot in Jamestown colony, Virginia, Anton D. House from Racine, Wisconsin is a doctor of philosophy in 19th and early 20th centuries United States History,” House said.

House is far more than just an academic.

He worked for the campaign of Marion Christopher Barry (son of the former mayor) when he ran for Washington City Council in 2015 and also was part of a committee that was instrumental in the passage of legislation in Maryland in 2018 that added felony offenses involving theft, drug trafficking and burglary to the list of convictions eligible for expungement.

After House was released from prison, he had a difficult time finding a job due to felonies on his record.

“It’s like, if America’s the home of second chances, how are we stigmatizing a felony on a lot of these young men who mainly only did what they saw?” House asked.

Going forward, House is looking for a tenure track position at a university and plans to continue working for social justice. House is married and has two sons. Although he doesn’t get back to Racine as much as he’d like, House considers everyone here his family.

“The whole Racine is my family, from the north side to the south side, mid-town, Sixth Street, they’re all my family members,” House said.

He advises young black boys and girls in the community to attend a historically black college or university to gain a better understanding of culture, history, race and identity.

“They don’t need jail. They need something to challenge them mentally because that’s learned behavior.” Anton House, doctor of U.S. history

“They don’t need jail. They need something to challenge them mentally because that’s learned behavior."

Anton House, a Racine man whose journey from drug dealer to college professor has inspired many, has been pardoned by Gov. Tony Evers. Now, he may use his new freedom to run for office.

The Racine County Juvenile Detention Center on Taylor Avenue may close within the next few years. It would be replaced with a new, smaller, modern facility that’s geared more toward rehabilitation for young offenders, rather than punishment.

WH: We 'don't know' if Russians are playing games

WH: We 'don't know' if Russians are playing games

Anton House, shown in 2019 when he received a doctorate in history from Howard University, on Friday received a pardon from Gov. Tony Evers for a felony drug conviction 20 years ago.

Anton House, third from right, works as a tutor and serves as a mentor to youths in the Washington, D.C., area, where he has lived since moving from his native Racine.

Former Racine resident Anton House, 39, obtained a doctorate in U.S. history from Howard University this spring. He has come a long way from selling drugs as a teen on Racine's streets.