BURLINGTON — The mother of a star football player at Westosha Central High School says Burlington High School players repeatedly called her son the “N-word” during and after a game last Friday.

Niccole Simmons, whose son, Jakob Simmons, is biracial, said the racial slurs sparked a brief postgame skirmish that left some Westosha players so shaken that they were in tears.

Simmons said she has no idea why Burlington players targeted her son for abuse — other than his race — and she is saddened that such racist behavior disrupted a high school football game.

“It’s not fair. It’s not right,” she said in an interview Tuesday. “It makes me so sad. I’m past being angry. Now I’m just sad.”

The mother’s comments, which she also aired on Facebook, represent the first detailed account of an incident that is under investigation by the Burlington Area School District.

School officials at both Burlington and Westosha declined to comment Wednesday, except to say that allegations of racial slurs during the game remain under investigation.

The American Civil Liberties Union is speaking out about the incident, calling for the Burlington Area School District to take disciplinary action against any football players who engaged in the alleged misconduct.

The ACLU chapter in Wisconsin issued a statement of support for the Burlington Coalition For Dismantling Racism, a private group that first reported the racial slur allegations and also later questioned how school officials were responding.

In a statement Wednesday, the ACLU said of the school district: “BASD should address real-world examples of racist incidents in a serious way that promotes the safety of all of their students.”

It is the second consecutive year that Burlington football players have faced accusations that they used racial slurs against an opposing team, both times involving Westosha Central. District officials last year determined that a player used vulgar language but could not determine whether racist language was used.

A captain of the Burlington football team denies that anyone on his team last Friday used the “N-word” in reference to Jakob Simmons or any other Westosha player.

“I never heard that phrase,” Colin Szymankiewicz said in an email Wednesday. He added that when the N-word is uttered on a football field, “it’s pretty hard to miss.”

Szymankiewicz, a senior linebacker for Burlington, had on Monday addressed the Burlington Area School Board, offering assurances that the team is working to instill a new “culture” of tolerance.

Burlington defeated Westosha Central 20-17 on Friday in the game at Burlington.

After the Burlington Coalition For Dismantling Racism reported that allegations of racial slurs had surfaced involving unnamed Burlington players, the school district disclosed that reports of such an incident were under investigation.

Niccole Simmons said her son, who is a running back for Wesosha Central, was called the N-word repeatedly by Burlington players. Whenever Jakob Simmons was carrying the ball, she said, Burlington players were overheard saying, “Get that n——-.”

Niccole Simmons said several other Westosha players reported hearing the racial slurs. No other player was targeted for racist abuse except her son, she said.

Jakob told his mother that he did not hear the slurs, because he was too focused on running the ball. His mother also said Jakob shrugged off the incident later, having experienced racism in the past toward himself and family members.

Jakob Simmons is the son of Simmons, who is white, and a black father who died of cancer in 2006.

‘They can’t keep letting this happen’

So far this football season, the 220-pound Westosha running back is one of the top ball carriers in Wisconsin. He scored a touchdown and ran for about 200 yards against Burlington.

After the game, his mother said, a Burlington player taunted Jakob by saying something along the lines of: “Your team is trash.” Jakob responded by boasting about his performance that night. When a Burlington player used the N-word toward Jakob again, a skirmish broke out, which Niccole Simmons said she witnessed, including seeing several Westosha players in tears.

On Facebook, other Westosha parents have responded with words of support for Niccole Simmons. With regard to the Burlington team, one supporter wrote in a Facebook comment: “This is nothing new.”

Jakob Simmons and his teammates have been interviewed by Westosha school officials, who are cooperating with Burlington’s investigation.

Niccole Simmons said she is unsure what sort of disciplinary action would be appropriate. But any students who engage in racist behavior should not be playing for Burlington, she said.

“I don’t feel like they should be representing the school, talking that way,” she said. Referring to school administrators, she added: “They can’t keep letting this happen.”

The mother of a biracial running back at Westosha Central High School says each time her son carried the ball against Burlington High School last Friday, Burlington players could be heard saying, "Get that n-----." 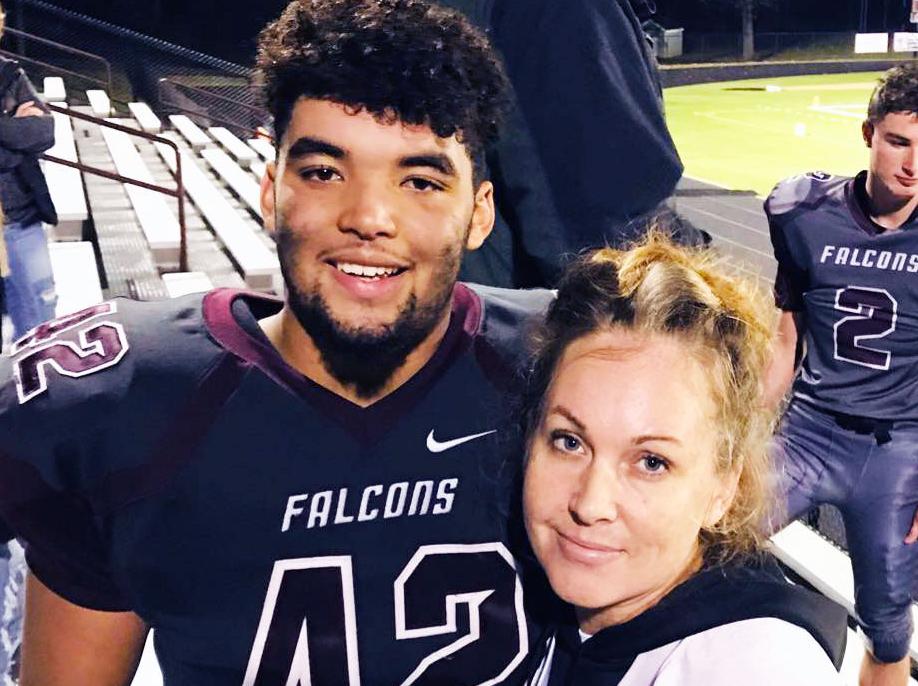 Jakob Simmons, left, shown with his mother, Niccole Simmons, is a biracial running back for the football team at Westosha Central High School, located in the western Kenosha County village of Paddock Lake. 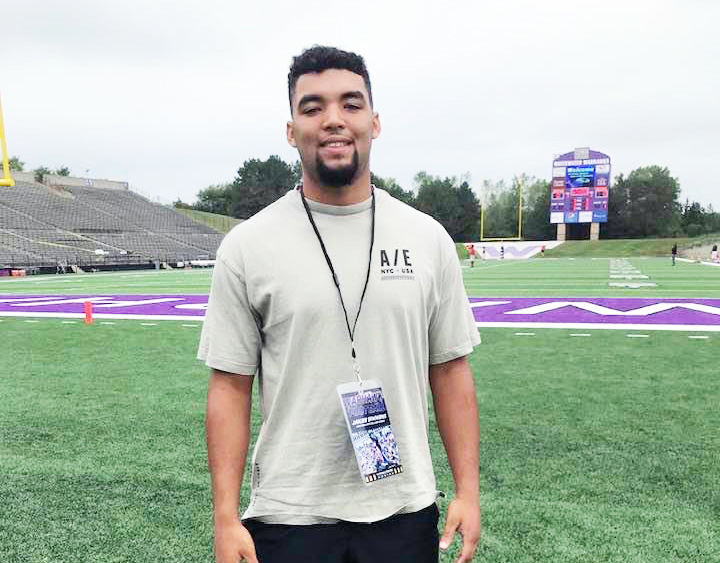 Jakob Simmons, a senior running back for the Westosha Central High School football team, is shown during a recent visit to the University of Wisconsin-Whitewater. 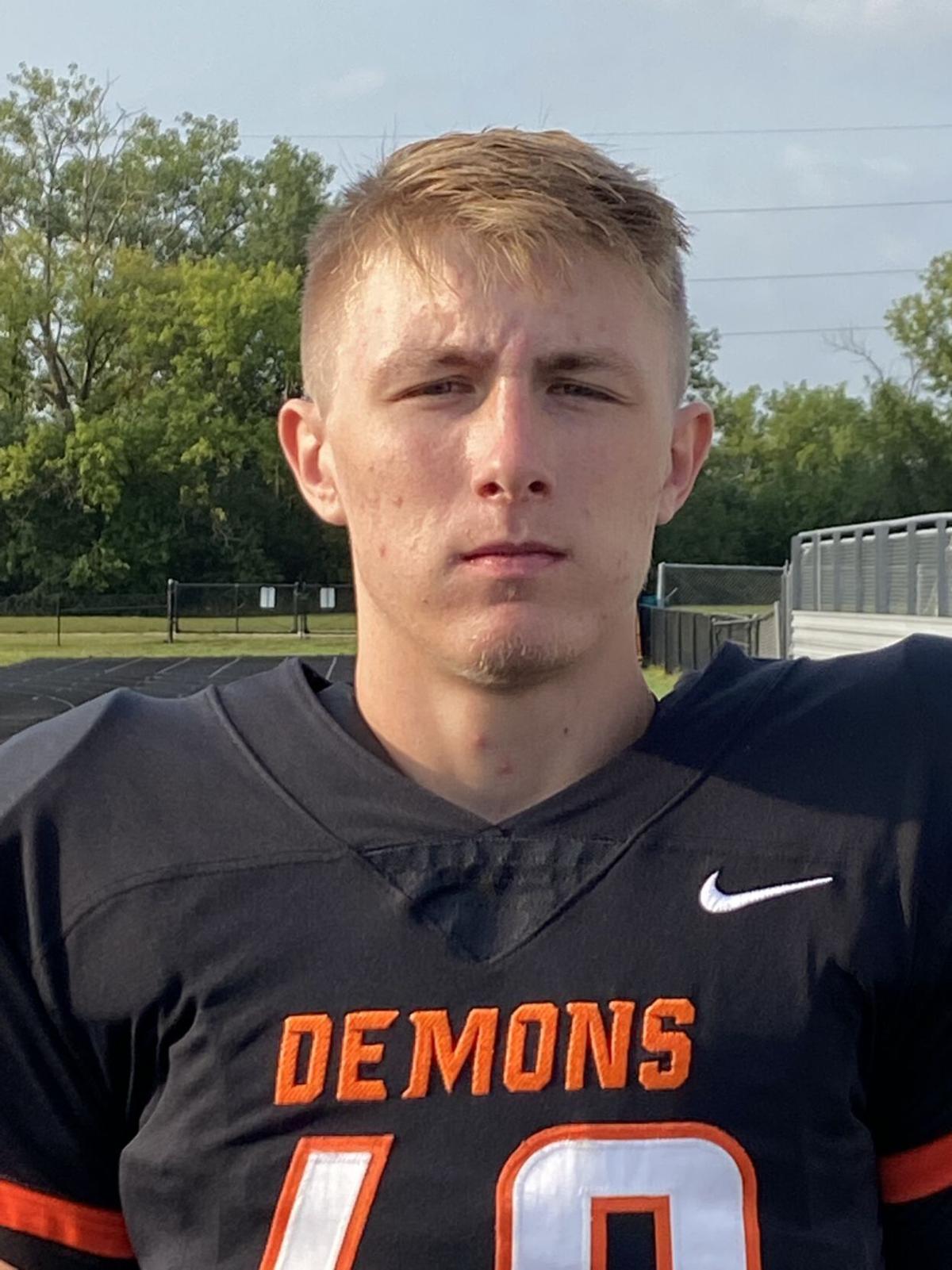