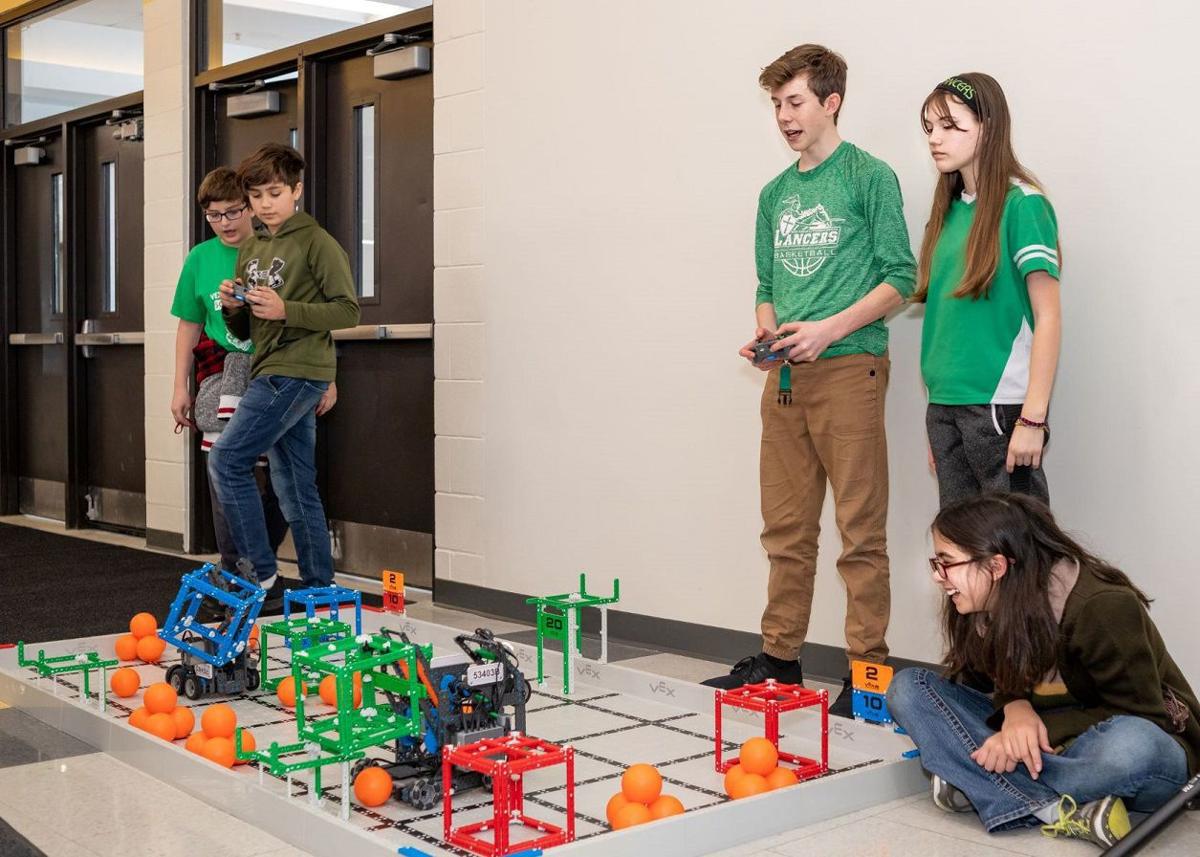 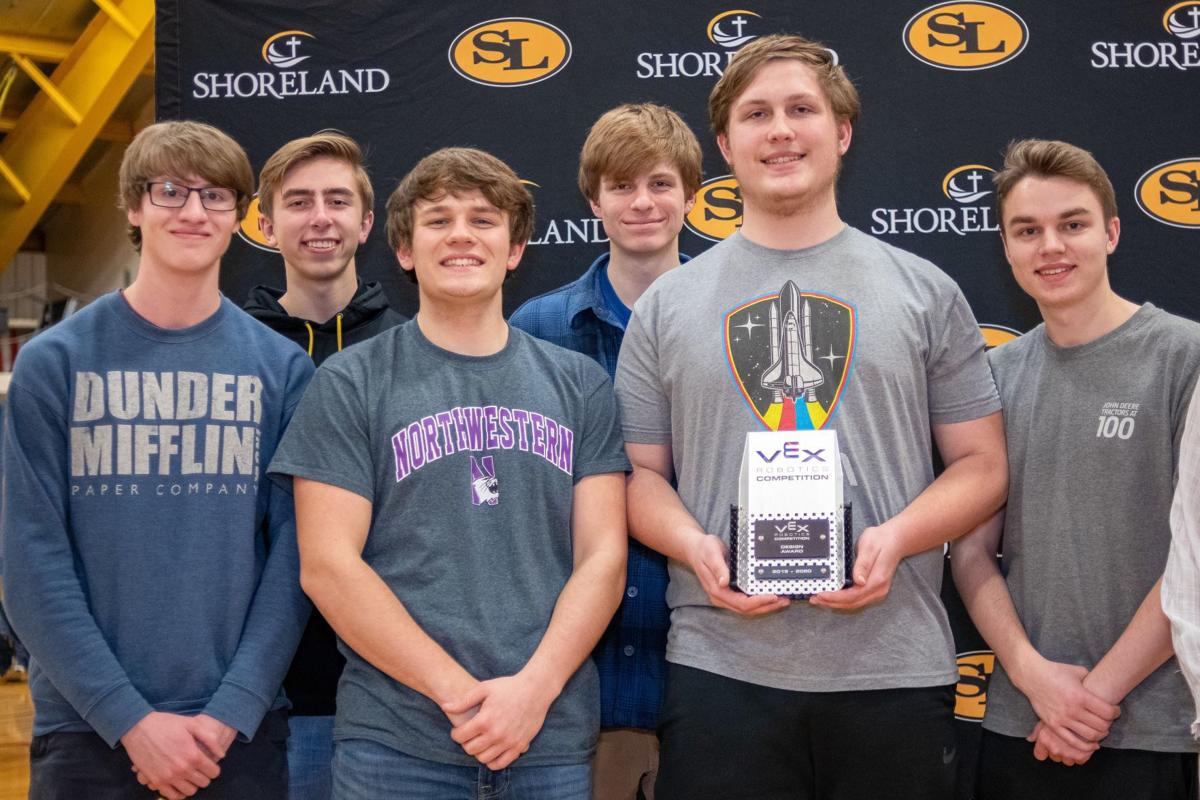 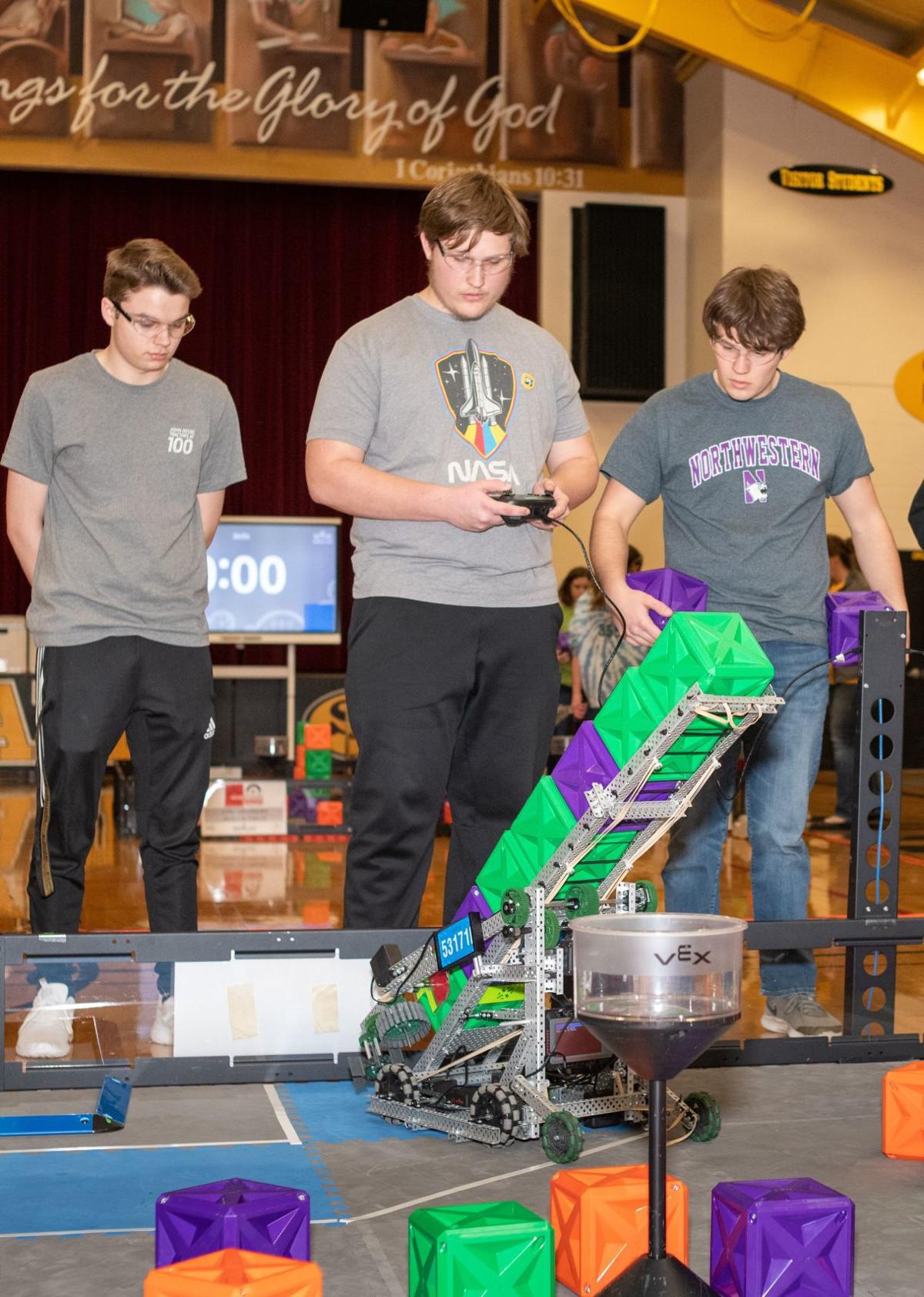 SOMERS — Teams from two local schools will advance to the Wisconsin State VEX Robotics Championship as a result of their performances at the 2020 Wisconn Valley VEX Robotics Competition held Jan. 18 at Shoreland Lutheran High School in Somers. The state tournament is Feb. 22 in Appleton.

Meanwhile, WLS Team 53403-A qualified for state by posting a robot skills score of 110, which is the sixth-best score in the entire state of Wisconsin so far this season out of more than 100 teams, according to RobotEvents.com. Team members are Isaac Wong, Racine; Milo Knepper, Racine; Abbey Holmes, Sturtevant; and Tayven Holmes, Sturtevant.

“Today’s students need to develop skills for jobs that don’t even exist yet, and that’s one of the reasons why VEX Robotics will serve these students well into their future,” said Dan Nolte, technology director and VEX Robotics coach of Shoreland. “These competitions help students learn to apply their STEM knowledge and sharpen critical-thinking, problem-solving, collaboration and communication skills.

Nearly 200 elementary, middle and high school students from southeastern Wisconsin, Appleton, and Northern, Illinois, converged at Shoreland for the Jan. 18 competition. The action-packed tournament featured 44 teams representing 18 schools who competed with and against other schools in a series of back-to-back robotics challenges.

Participants competed in two different games by strategically driving robots they designed, built and programmed, with guidance from their teachers and mentors, to score as many points as possible in qualification and finals matches, as well as skills challenges.

The high school participants in the VEX VRC division competed in a game called “Tower Takeover.” The game brings together two alliances, each composed of two teams that can be from different schools, that compete in matches involving driver-controlled play and self-driving play, which relies solely on coding skills. The goal is to strategically stack six-inch cubes in corners and place cubes in towers.

The elementary and middle school participants in the VEX IQ division played a game called “Squared Away.” This game pairs two teams together in a cooperative effort to score as many points as possible moving cubes and balls around a field.

The tournament was made possible by donations from Gateway Technical College, Milwaukee School of Engineering, Wisconsin Lutheran College and the University of Wisconsin Parkside.

The VEX Robotics Competition, presented by the Robotics Education & Competition Foundation, is the largest and fastest growing middle and high school robotics program globally with more than 11,000 teams from 32 countries playing in over 750 tournaments worldwide.

“Today’s students need to develop skills for jobs that don’t even exist yet, and that’s one
of the reasons why VEX Robotics will serve these students well into their future.
These competitions help students learn to apply their STEM knowledge and sharpen
critical-thinking, problem-solving, collaboration and communication skills.” Dan Nolte, technology director at Shoreland Lutheran High School

“Today’s students need to develop skills for jobs that don’t even exist yet, and that’s one of the reasons why VEX Robotics will serve these students well into their future. These competitions help students learn to apply their STEM knowledge and sharpen critical-thinking, problem-solving, collaboration and communication skills."

RACINE — Computer coding is akin to a foreign language, and that means kids need to start learning it early. With the help of staff from Child…

A number of authors and artists in grades 3-8 at Wheatland Center School recently participated in the Southern Lakes Anthology writing project.

The Kenosha Racine Music Teachers’ Association has announced the winners of its 46th Margaret Schmitt Memorial Chopin Piano Competition, which…

UNION GROVE — Click the sow gave birth live on camera at Union Grove High School facilities, and so many people were watching that the streami…

Students who are 14 years old and older (or who will be by June 15) may volunteer in a number of areas this summer at Ascension-All Saints Hospital, Medical Group sites and Little Saints Child Care Center.

SOMERS — The University of Wisconsin Parkside is putting out a call to local artists for mural design submissions.