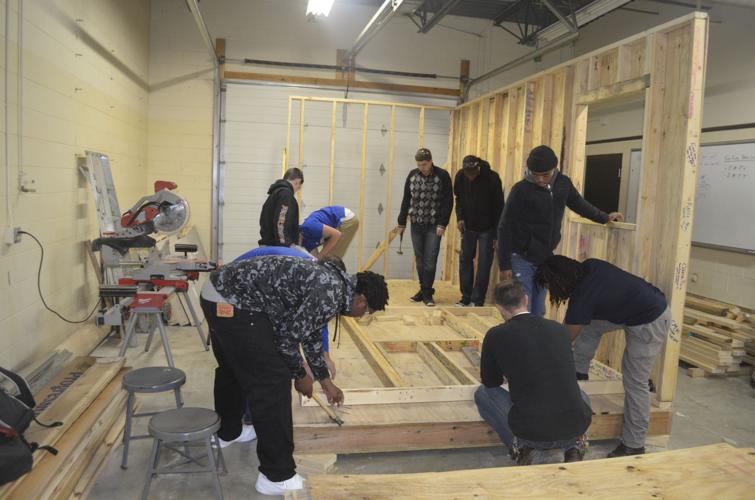 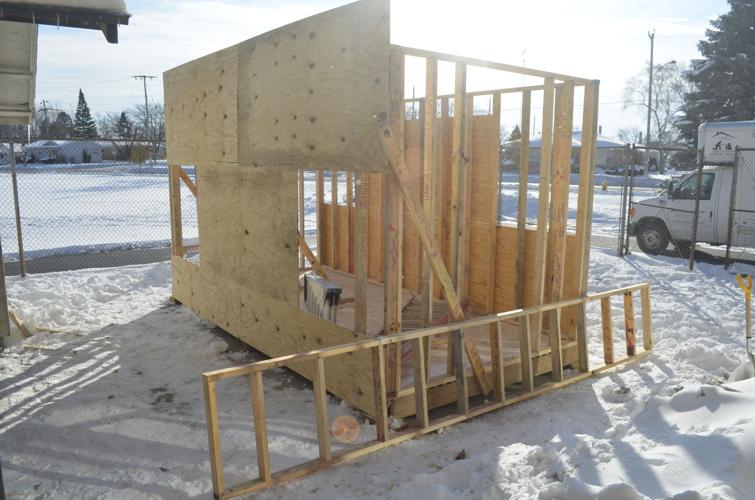 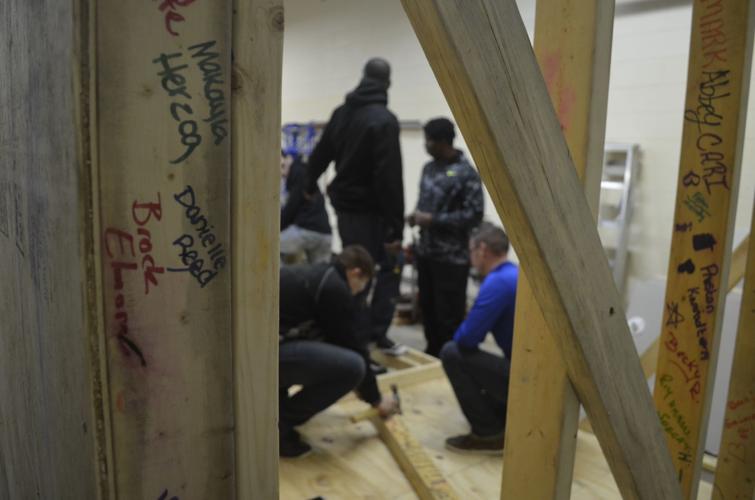 The organization 2x4’s For Hope donated some of the wood used to build the tiny houses. That organization allows individuals to buy 2x4s for $3 and they can sign it with any message they like. Several Racine Unified School District high schools are building tiny houses for homeless veterans. 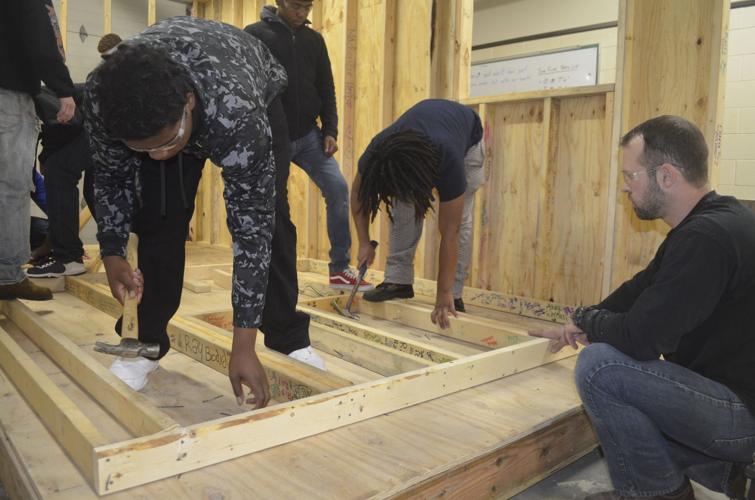 RACINE — Rarely does a school project encompass so much and include so many. Right now Park, Horlick and Case high schools are each working on building tiny houses for homeless veterans.

“It’s hard for teenagers to get out of their bubble,” said Joe Pascucci, department chair for tech education at Park High School. “This is about helping other people.”

The tiny houses will be part of a tiny house village operated by Veterans Outreach of Wisconsin, which will provide homeless veterans their own individual house along with a community center that will have bathrooms and a meeting space.

Veterans Outreach hopes to have 15 tiny houses at 1624 Yout St. as soon as possible. Each of the schools are seeing this as a teaching moment.

“This is an opportunity to show them that what we do in the classroom transfers to the real world,” Pascucci said.

The wood the schools have received has been donated by 2x4’s For Hope in Illinois. That organization allows individuals to buy 2x4s for $3, and they can sign it with any message they like.

Terellus Bolton, a junior at Park, has an uncle in the Army and said it’s good for his classmates to help veterans in this way.

“They risked their lives so we can have our freedom,” Bolton said. “So it’s the least we can do to give back.”

The students at Park work on the tiny home after school on Friday and Saturday mornings.

The students at Park have the luxury of building their home inside. The students at Horlick High School don’t have the space inside their school, so the kids work on their tiny home outside in the early-morning cold.

“Really the only difficult part is lifting the wood in the cold,” said Calvin McClain, a sophomore at Horlick. “If it was warm we probably wouldn’t have a problem.”

The students feel a bit of added pressure, knowing this project will be used beyond their time at Horlick.

“We can’t mess it up,” McClain said. “To know someone is going to be living in there is pretty scary.”

Darrell Perry, the construction and woodshop teacher at Horlick, said he’s been waiting to bring a project of this size into his classroom for several years.

The tiny home at Horlick will be unique to the first veteran that will live in it.

“We have a homeless veteran that’s in a wheelchair that needs a place to live,” Perry said. “So we’re building this to be handicapped-accessible.”

Perry said this project will allow students to admire something they did in high school long after they graduate.

“They drive down to go to The Sausage Kitchen, they look over and see something they build,” Perry said. “They’re excited about that … This is good for kids in the whole city.”

RACINE — SC Johnson has donated $25,000 each to both the Homeless Assistance Leadership Organization and the Homeless Overnight Sanctuary, the…

RACINE — After months of preparation, Veterans Outreach of Wisconsin received official approval from the city last week to construct its tiny-…

Ordinance would allow for 'tiny houses' for veterans

RACINE — In front of a crowded room on Wednesday, the Racine Plan Commission recommended that the city create an ordinance to allow for a tiny…

RACINE — When David Smith got out of the Marine Corps in 2009, he felt like he lost his identity.

RACINE — Buildings have a sense of maintaining the memories of those who occupied them in the past. And when those buildings are torn down or …

RACINE — Vouchers are one option for some homeless veterans. Shelters are another route.

RACINE — Veterans Outreach of Wisconsin announced Wednesday that 1624 Yout St. is the proposed location for the James A. Peterson Veterans Village.

RACINE — Local homeless veterans may soon have an opportunity to get into transitional housing.

Merriman: Bless those behind veterans' housing

I started my day by reading your compassionate story on the tiny houses plan for Racine veterans and their families.

RACINE — The tiny house village started as an idea about a year ago, but on Thursday the first five houses were laid on their foundations, alm…

RACINE — A tiny-house village for homeless veterans under development on Yout Street got a visit Friday from U.S. Sen. Tammy Baldwin, who call…

Did you know your face is covered in tiny mites?

Apollo lifted out of Versailles' gardens for restoration

Apollo lifted out of Versailles' gardens for restoration

Tom Brady and Stephen Curry under investigation after FTX collapse

Tom Brady and Stephen Curry under investigation after FTX collapse

Why walruses are fed restaurant-quality seafood at zoo in Washington

Why walruses are fed restaurant-quality seafood at zoo in Washington

The organization 2x4’s For Hope donated some of the wood used to build the tiny houses. That organization allows individuals to buy 2x4s for $3 and they can sign it with any message they like. Several Racine Unified School District high schools are building tiny houses for homeless veterans.