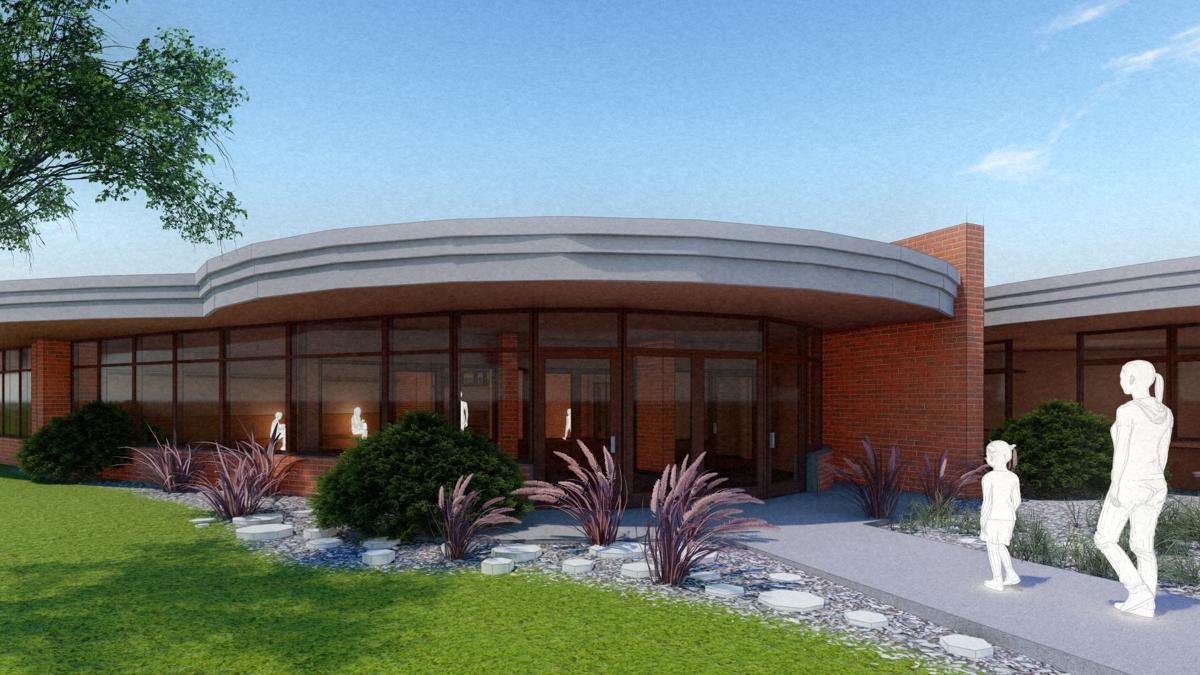 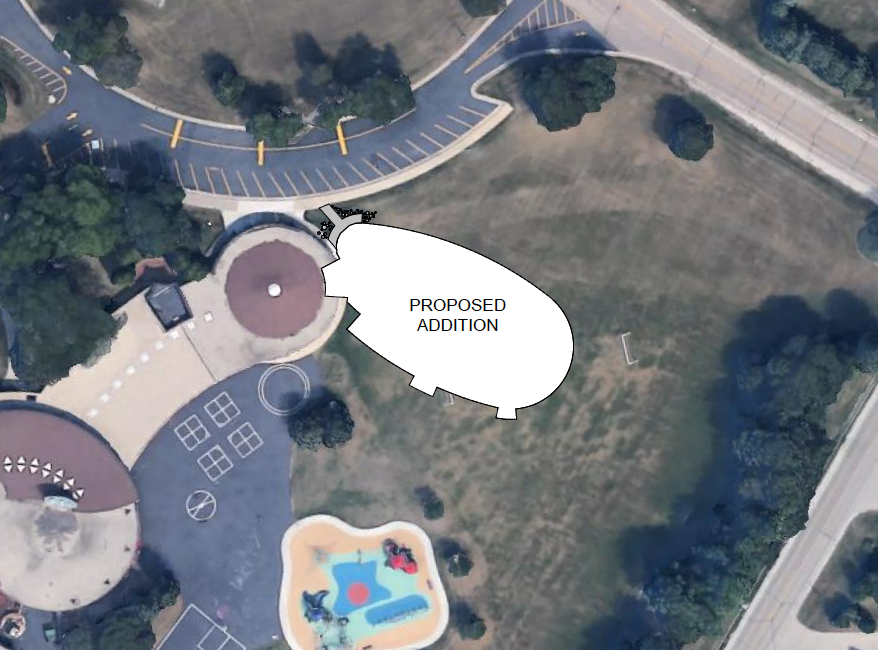 An overhead image shows the proposed location of the planned Early School extension at The Prairie School in Wind Point.

WIND POINT — Due to significant growth in its pre-kindergarten classrooms over several years, officials at The Prairie School have announced plans to build a new 12,500-square-foot Early School building set to open by August, 2021.

With a waiting list since 2017, the opening of a new building will allow for a fourth Early School section, bringing new students and families into the school, located at 4050 Lighthouse Drive.

“This new building will allow us to meet the steadily increasing demand of parents who want their children to experience the benefits of a play-based, best practices curriculum,” said Nat Coffman, Prairie’s head of school and president.

“This new space will allow students the larger environment needed to ignite their curiosity,” Terie Carpenter, lead Early School teacher, stated. “It will give us more room to move throughout our centers exploring, questioning, investigating, collaborating, creating and reflecting. These are essential skills when building a young child’s social, emotional, cognitive and physical development.”

The new wing is also planned to house a new art room, music room and multi-purpose room that will be available to all students, including primary, middle and upper school students.

James Bucholtz, a career and technical education (CTE) teacher at Horlick High School, said students can learn how to program and fix drones, and may be able to start an aviation-related career right out of high school. About 10 students, after completing the Horlick aviation coursework, have found places within the aviation industry over the last five years, he said.

Drones can do a lot of things, from taking photos initiated by amateur and professional photographers, to carrying large Hollywood cameras, to providing surveillance for building inspectors and crime prevention for police departments. They’ve also played roles in online food or other product delivery services in recent years.

RACINE — The Racine Unified School District celebrated its 2021 Encore! Awards in Education with a special ceremony May 5 at the RUSD Administ…

‘Now is not the time’ | Burlington School Board changes course, won't have in-person meetings again yet

On April 26, the Burlington Area School Board voted to return to in-person meetings. But, after a 4-2 vote during a special virtual meeting Friday during which several elected officials expressed fear of spreading COVID-19 and disruptions from the public, the board has changed course and is going to continue meeting virtually “for the time being.”

The Burlington Area School District plans to introduce new curricula starting in kindergarten, among other steps designed to combat racism following a scathing state report criticizing the district for allowing a "racially hostile environment" to exist in the schools following a parent's complaint. "We recognize the need for radical change," the district's response states. "We are a school district inside of a city, state and country that is steeped in racism."

Another renovation: Case High football field to be turfed; track to be brought up to WIAA standards

Case High School’s football field and running track will see improvements, potentially with construction beginning in the next six months.

Spread the Love: Racine native living in LA gives back to community with $1,000 scholarships

"The community invested in my public school education," said Zach Fishbain, a 2001 graduate of Horlick High School who now lives in Los Angeles, California with his wife, Val. "I want to invest back in it."

Watch Now: Red Apple Elementary needs 1,000 cereal boxes so they can be... knocked over?

The school is looking to collect 1,000 cereal boxes by May 14 so its students can rack them up then knock them down in a domino-like display stretching through the hallways. Afterward, the cereal will be donated to local food banks.

An overhead image shows the proposed location of the planned Early School extension at The Prairie School in Wind Point.