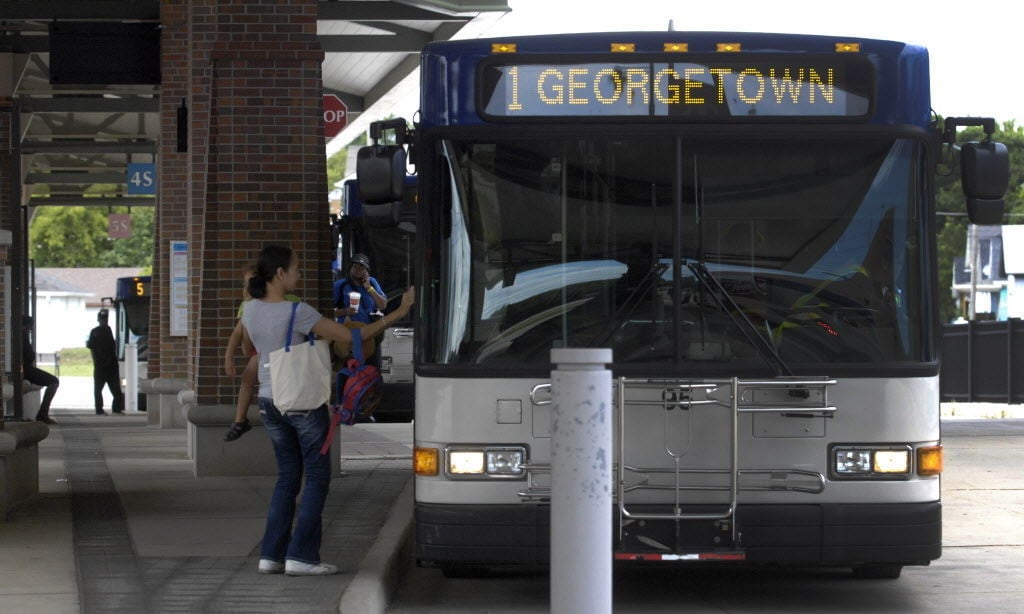 People board a Belle Urban Systems bus on July 16, 2014, at the Corinne Reid Owens Transit Center. Students at the University of Wisconsin-Parkside are designing a smartphone app for BUS riders. 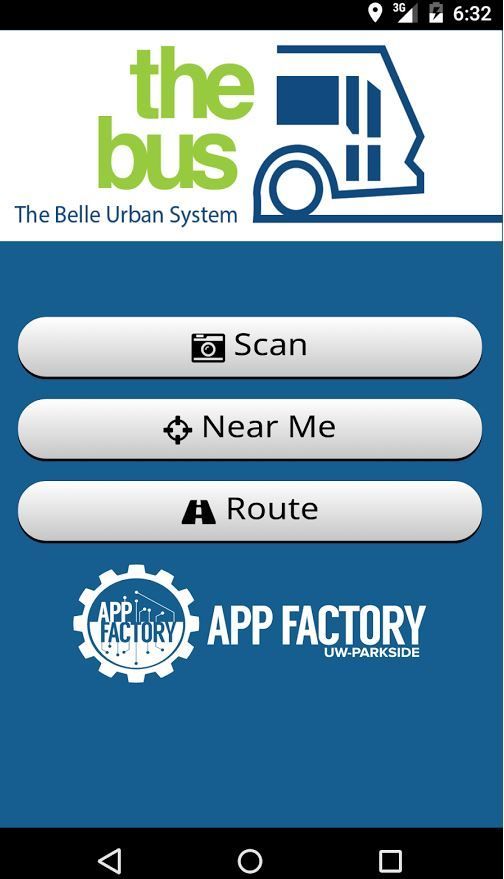 This screenshot shows the Belle Urban System smartphone app that is being created by UW-Parkside students. The app is currently only available for Android devices.

RACINE — For area residents looking for an easy, digital way to navigate local public transportation, there’s almost an app for that.

In the coming months, administrators of the Belle Urban System hope to have a fully functional app that allows riders to use their smartphone to get bus routes, schedules and real-time estimates on when the next bus is coming.

The app — designed by computer science students at the University of Wisconsin-Parkside — answers three basic questions: when the next bus is coming, where to find the closest stop, and how to get from one place to another.

“It’s presenting information in an understandable way that the digital generation can relate to,” he added.

Students have been working on designing apps for transit systems for about 2½ years, when the Kenosha Area Transit system requested help on an app.

Riley put the task to his students and also set up the “App Factory,” an interdisciplinary group on campus that allows students to get professional experience by working on app design.

Since the Kenosha app launched about a year ago, Riley said software engineering students have been working on an app that can be easily implemented for other transit systems. That’s about when Riley was approached by Belle Urban System General Manager Willie McDonald.

McDonald said he wanted a way to allow riders to get timely information in a quick, easy-to-use way, but he also wanted to lessen the call load on dispatchers.

Riley explained that apps are often too expensive for small transit systems like the Belle Urban System, but the App Factory can provide that service at an affordable price while offering students paid professional experience. McDonald would not reveal the cost of the app, but said it was “very minimal.”

Kyle Zawacki, a 20-year-old computer science student from Racine who designed the Belle Urban System app to be compatible with iPhones, said being a part of the App Factory has taken him from a novice to one of the most proficient programmers on campus.

“It offers an excellent extracurricular activity,” he said. “I can do homework and school projects and all that, but it’s completely different than actually working for a real-life company and doing real-life work.”

As the app comes online, riders can expect to start seeing QR codes — which look like square bar codes — on bus stop signs around the city. Riders will be able to scan these to learn when the next bus is coming.

Riley said these codes currently give listed schedule times, but they are working on adding features that will give estimated arrival times based on the GPS location of the bus. He noted that they plan to continue tweaking the app as they can see how people are using it and what problems arise.

Although the app is still in its testing phase, the app is currently available for download on Android devices by searching for “Belle Urban System” in the Google Play app store. Riley encouraged riders interested in testing out the app to send him feedback rileyd@uwp.edu. The app is not yet available for iPhones.

Each year at graduation time, families celebrate their kids heading off to college, joining the military or even for taking a “gap year,” but …

Racine Lutheran High School held commencement ceremonies for its Class of 2021 on Saturday, May 29, at the SC Johnson Sports Complex at Pritch…

Watch Now: Olympia Brown Elementary students talk with a NASA engineer, then build their own rockets

For the past five weeks, Olympia Brown Elementary School has been working on a STEAM project to answer the question, “Will an air-powered or water-powered rocket fly the highest?” On Tuesday, students put their hypotheses to the test.

In the settlement of a lawsuit alleging constitutional and civil rights violations, the Racine Unified School District has again expanded its summer school offerings. Here's what was announced this week, and a rundown of the drama that led to it:

People board a Belle Urban Systems bus on July 16, 2014, at the Corinne Reid Owens Transit Center. Students at the University of Wisconsin-Parkside are designing a smartphone app for BUS riders.

This screenshot shows the Belle Urban System smartphone app that is being created by UW-Parkside students. The app is currently only available for Android devices.