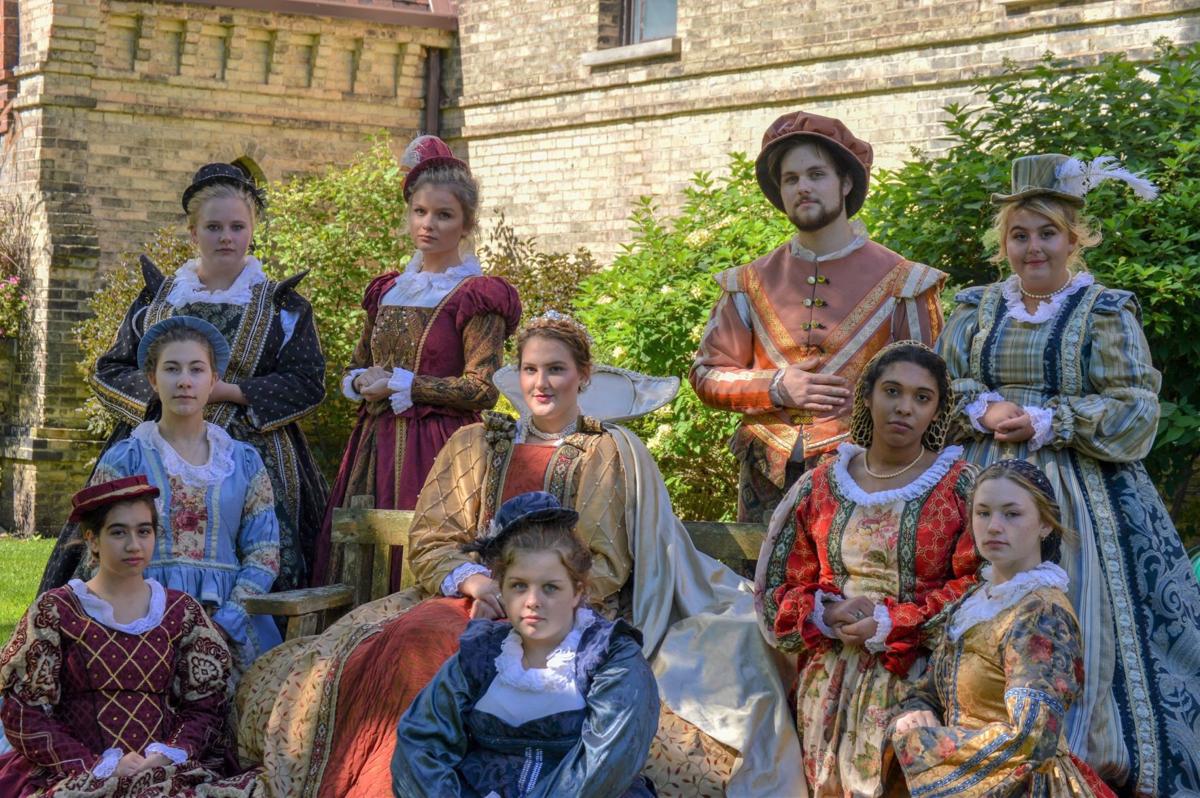 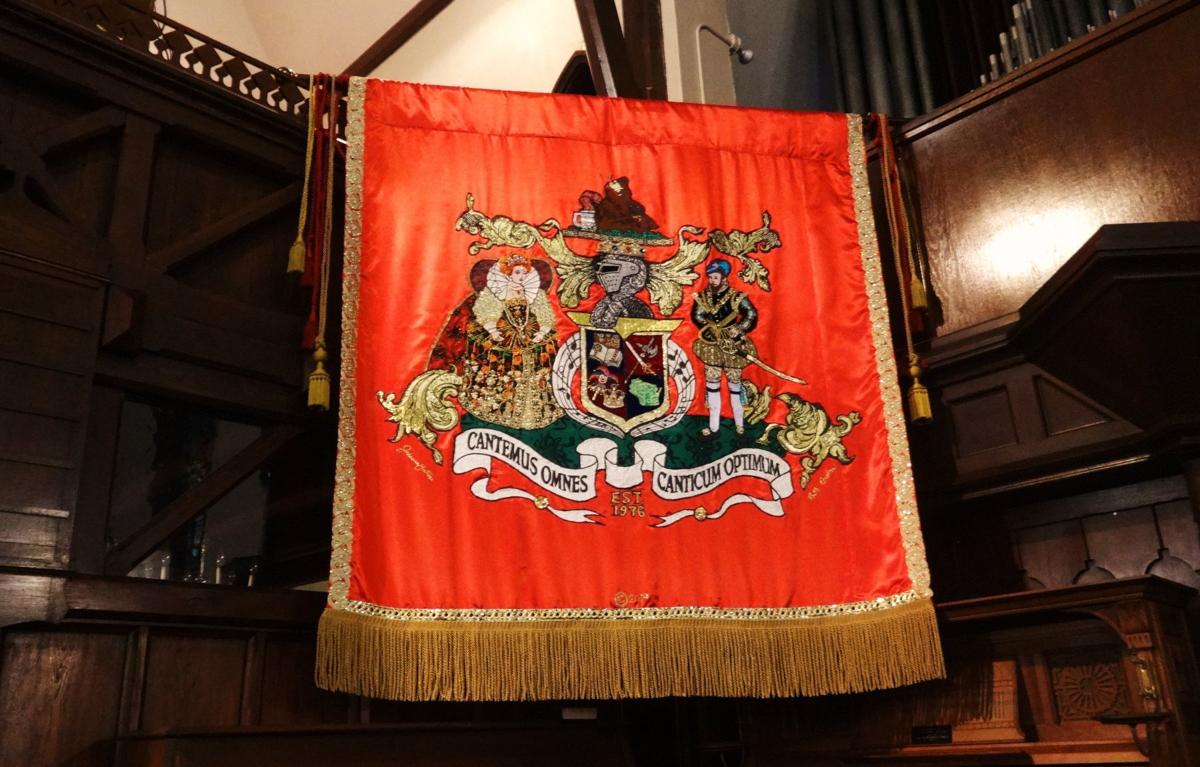 This banner, featuring the Horlick Madrigal Crest, was sewn by Ruth and Jordanna Gastrow, former costumers for the performance when it was directed by Tony Pavao.

RACINE — Horlick High School’s Renaissance Feast has been entertaining the community with songs and food for more than four decades. The show always has a new script, and in its 43rd year also has a new director and a new handmade banner sporting the madrigal’s crest.

About 90 students are involved in the madrigal, including students from choir, band and orchestra. Students from the school’s top-level ensemble, the Singers, are the main performers and write a new script each year.

“It’s very impressive what they do and there’s a lot of twists and turns in this one,” said Horlick Vocal Music Director Brian Plehn, who is new to Horlick this year.

Besides the entertainment, Plehn said, another draw of the show is the food. A seven-course meal is prepared by Danny’s Catering.

To add to the décor at the Dekoven Center, where the feast takes place, will be a new banner featuring the Horlick Madrigal Crest. The banner was donated by alumni of former Horlick Music Director Tony Pavao.

Pavao, who taught at Horlick from 1977 to 2000, started the madrigal tradition at the school. The group of about 250 of his alumni pitched in to help pay for the banner, created by Ruth and Jordanna Gastrow, former costumers for Pavao.

Mother Ruth and daughter Jordanna put about 300 hours into the banner, using fabrics from Thailand, Morroco, India and some vintage Chinese material. Some of the material came from Horlick’s very first madrigal costumes. The fabric is decorated with swarovski crystals and freshwater pearls.

Plehn said he was impressed when he saw the banner in person.

“It’s a cool piece that’s going to be a nice addition to our event and it’s going to add another authentic type of piece to make it feel more ‘Renaissancey,’” Plehn said.

He added that the group tries to keep the show as historically accurate as possible.

Jordanna said that she and some other alumni wanted to make the banner because the Horlick Madrigal crest is an important symbol for the event, and it had not previously been placed on a banner.

“Every one of those people that took part in that music program, this banner is for them too,” Jordanna said. “It’s an homage.”

Tickets for the Renaissance Feast are $40 apiece and can be purchased online at horlickchoirs.org.

Students will be rehearsing at DeKoven all of this week to prepare for the big event.

The madrigal is the big annual fundraiser for the Horlick Choirs, with proceeds going toward purchases for the choir room.

Renaissance era food, drink and song are on tap for the 43rd annual Horlick Madrigal.

RACINE — Creating the concept for its main character was a family affair, but the book “Flippy the Scientist Dreams Big!” was penned by 8-year…

This banner, featuring the Horlick Madrigal Crest, was sewn by Ruth and Jordanna Gastrow, former costumers for the performance when it was directed by Tony Pavao.