Harvey, formally named Forrest Stump, came back to Case High School Wednesday to try out some of the prosthetics that seniors in the school's biomedical program had developed for him after his initial visit Oct. 19.

Since the first time Harvey came to visit, he has taken to Wisconsin living very well. While there originally was a concern about how sensitive his leg with a missing paw would be to the cold when the snow came, Harvey ended up loving the snow when he was first introduced to it Tuesday.

Harvey was rescued as a stray living underneath a camper in Texas.

"He loves it," Jamie Sershon, Harvey's owner, said on the dog's experience living in Wisconsin. "He actually had his 'paw' in the snow and it didn't seem to bother him at all."

Many of the prosthetics developed by students included slipping a sock over his damaged leg, both to protect Harvey from the cold and also to prevent irritation due to rubbing against the prosthetic's materials.

One prosthetic, from a group including students Grace Gross and Katelyn Peterson, proved to be more successful than most.

A lot of the prosthetics included adjustable straps around plastic apparatuses, typically in varying shapes with straps to adjust as Harvey grows. Many of the students stated a main issue with the design process was trouble with the 3D printer, either having too intricate designs for the program or not being able to print the designs properly, prompting students to switch the materials.

For example, Madelyn Mertens' group constructed the form of the prosthetic from molding plastic.

"Our prosthetic is meant so that Harvey will be able to walk and stand with equal weight on his back legs ... We were hoping to find something that would be stable and thick enough to withstand cold and hot temperatures while he is outside," Mertens' said. "We also made it a little bit wider for extra room for padding, and when he grows we can remove the padding and thin it down a bit."

One of the issues during the fitting was that Harvey is still a puppy, so he did not enjoy the fittings over the course of the day, causing him to squirm around as the students tried to apply the prosthetics as well and immediately try to remove them. He may grow more comfortable with a prosthetic once he ages out of puppyhood, which would also give the students continuing to develop the prosthetics for their capstone projects a better idea of the sizes he will need.

"Right now, he's a 4-month-old puppy," Sershon said. "He's biting and eating everything ... I think when he's older and out of that stage he will be more tolerable of it."

Another concern when Harvey was introduced to the class was that his leg might have to be amputated if the proper prosthetic could not be found, but this ended up not being a concern in the end. After a visit with a veterinary surgeon, it was found that Harvey does not rely to much on his damaged foot, so amputation would not be needed unless in the unlikely event he would develop hip displacement later in life.

Sara Gauthier, the biomedical program teacher at Case, says that out of the 10 groups between the two biomed classes that participated in the development of a prosthetic, four of them will move on to the next steps.

One valuable lesson the project has taught students is trial and error, and how in the real world there might be times when they will fail at something, but to be gracious in those moments.

"Having the determination to finish the project through, and then not being completely upset or let down that their prosthetic didn't work or didn't fit the dog today, is important," Gauthier said. "It's a really good life lesson. Those kind of problems happen in life all the time."

The next checkpoint in this process will not be for a while.

Students will have to wait until May once Harvey has finished growing to complete the final process creating a stable prosthetic for him. While the success of the continuing students is still up in the air, Harvey may not necessarily need a prosthesis to continue living a happy, comfortable life — floor slips aside.

Case bio-med students attempt to attach a prosthetic onto Harvey

Milos Miletic tries to attach a prototype onto Harvey

Not a fan of socks

Marco Mendoza with his groups prosthetic

A little too big

Harvey is a five-month stray that was found and rescued by the Texas Rescue Riders, an organization that collects stray dogs and cats from Texas and brings them to Southeastern Wisconsin. Harvey's name change came to be from his new owner, Jamie Sershon, and her family picking a new name out of a hat for him.

Harvey has also been given a DNA test since meeting the students, he is a mixed breed comprising of pitbull, German shepherd,  and various other breeds.

Raised just outside of McHenry, Illinois, Alex is the business reporter and staff photographer for The Journal Times. He considers himself a Clark Kent and Jimmy Olsen all-in-one. Alex is a graduate of SIUC in Carbondale, Illinois. Twitter: @arodatjt

How six Racine men became 'THE REAL' to local youth

RACINE — The Horlick Vocal Music Department at the Academies of Racine-Horlick announces the return of its annual Renaissance Feast, celebrati…

It is an exciting time to be in the Racine Unified School District. The district is getting started on implementation of its long-range facili…

The University of Wisconsin-Parkside will host a series of town halls in December throughout Racine and Kenosha counties for community residents to hear about new possibilities sparked by technological developments that could increase well-being in local neighborhoods.

The University of Wisconsin-Madison, Division of Extension, FoodWIse Racine/Kenosha team is dedicated to engaging the community through intera…

School always was a refuge for Kalyn Holland. That has changed. Jeanne Schierstedt, a teacher at Case, said anxiety levels at the high school have “grown appreciably since September.”

RACINE — When Austin Kechter arrives at DeltaHawk Engines, he goes to his second-floor cubicle, checks his email and reviews his daily tasks w…

Behind the Headlines: Investigating the Catholic Diocese of Buffalo

AIDS in Kenya: Homabay County, where fish are traded for sex

AIDS in Kenya: Homabay County, where fish are traded for sex 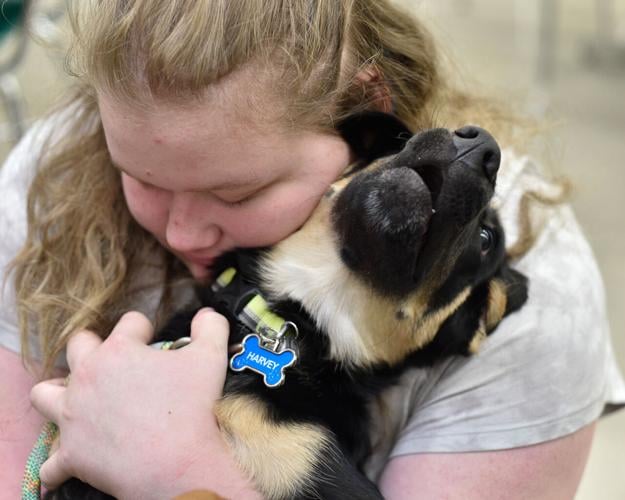 Madelyn Mertens holds Harvey as her group attempts to attach the prosthetic they developed onto him Wednesday. 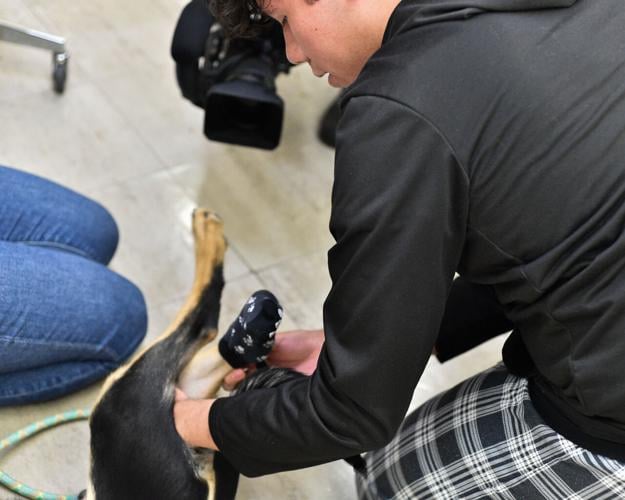 Marco Mendoza, right, attempts to attach a sock onto a wiggling Harvey Wednesday. 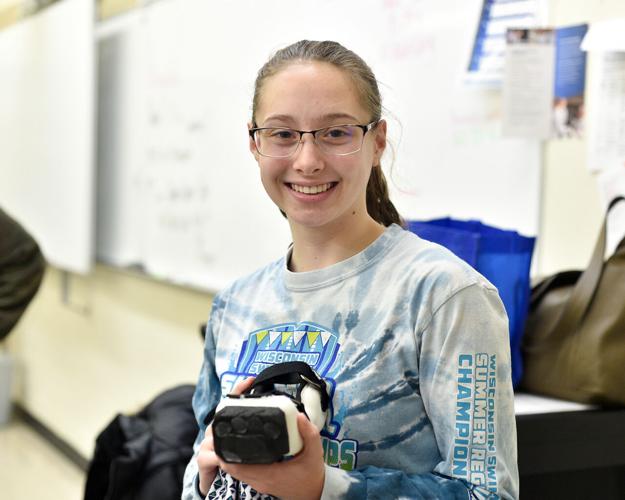 Grace Gross on Wednesday holds a prosthetic designed by her group for Harvey to use as a fourth paw. The prosthetic proved to be the most successful of the 10 groups' designs, with Harvey being to walk for a short while before tearing it off. 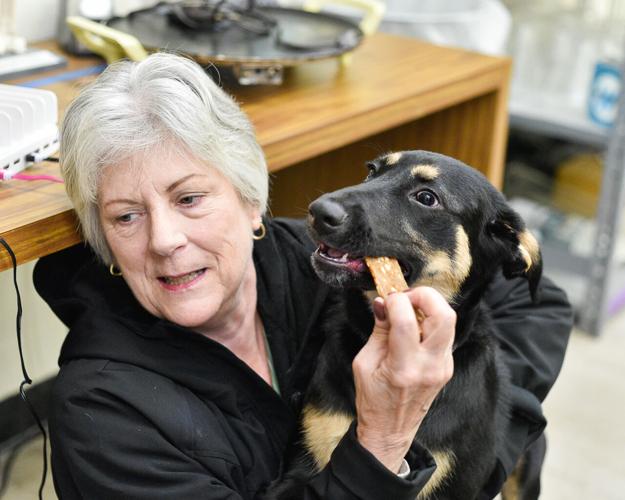 Diane Knoll, purchasing manager for RUSD, holds Harvey steady as Case students try to attach a prosthetic onto him Wednesday. Knoll's daughter, Jamie Sershon, ended up adopting Harvey after he was flown to Wisconsin from Texas.