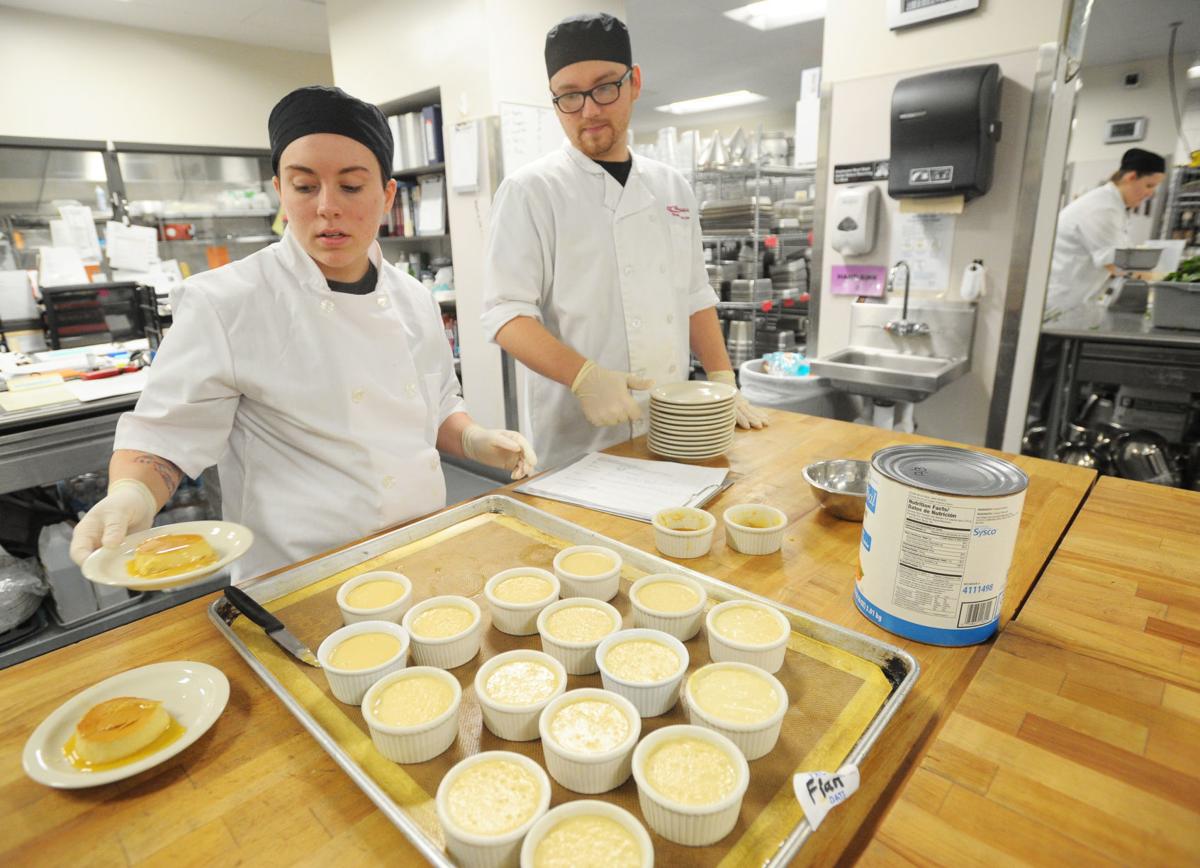 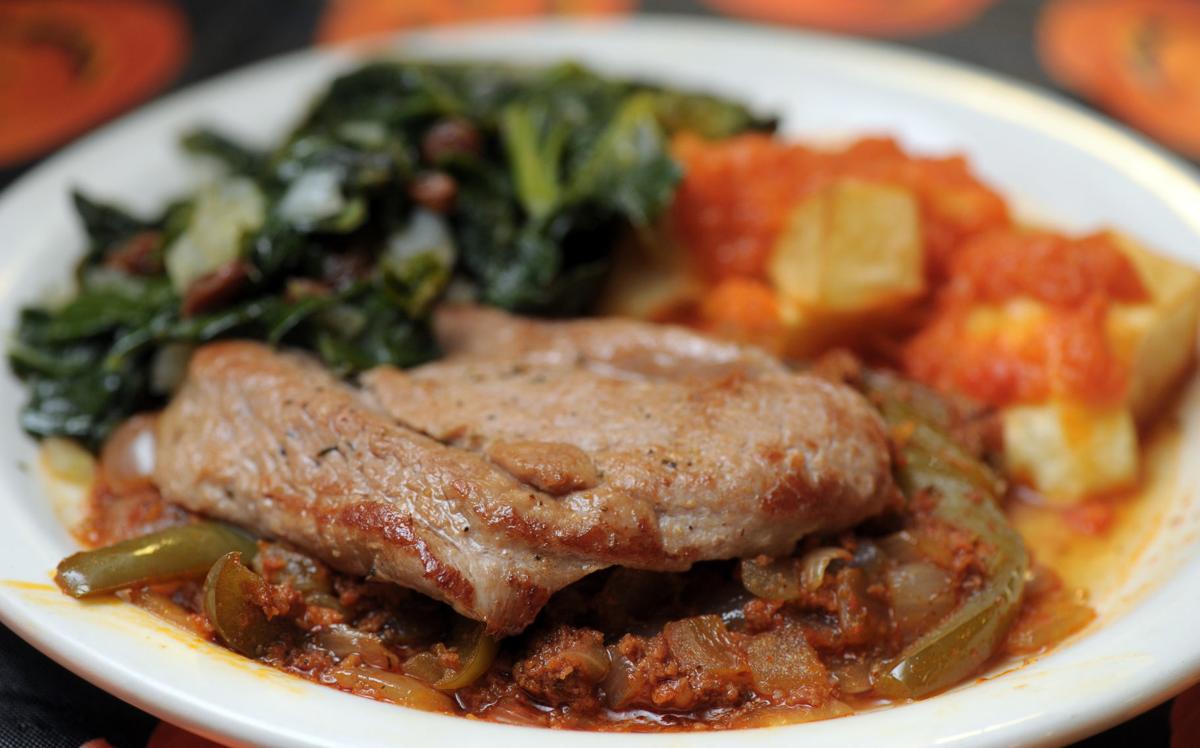 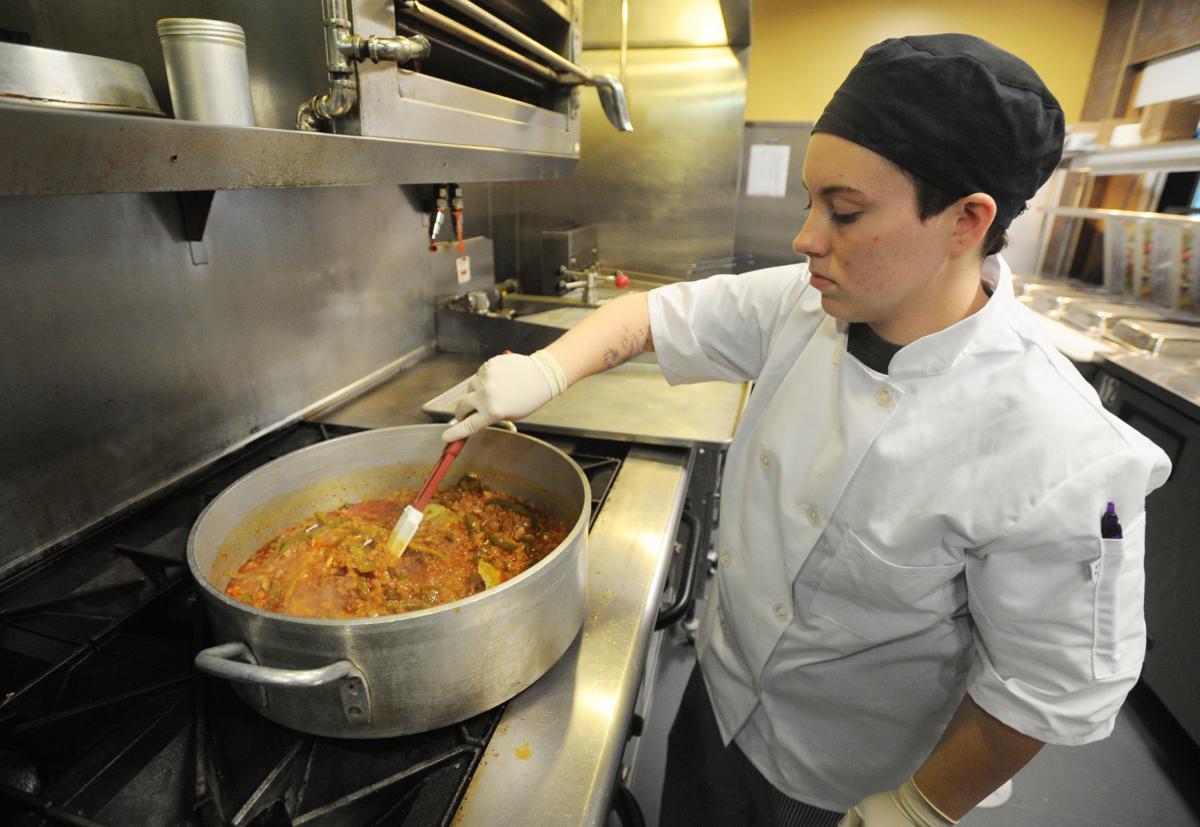 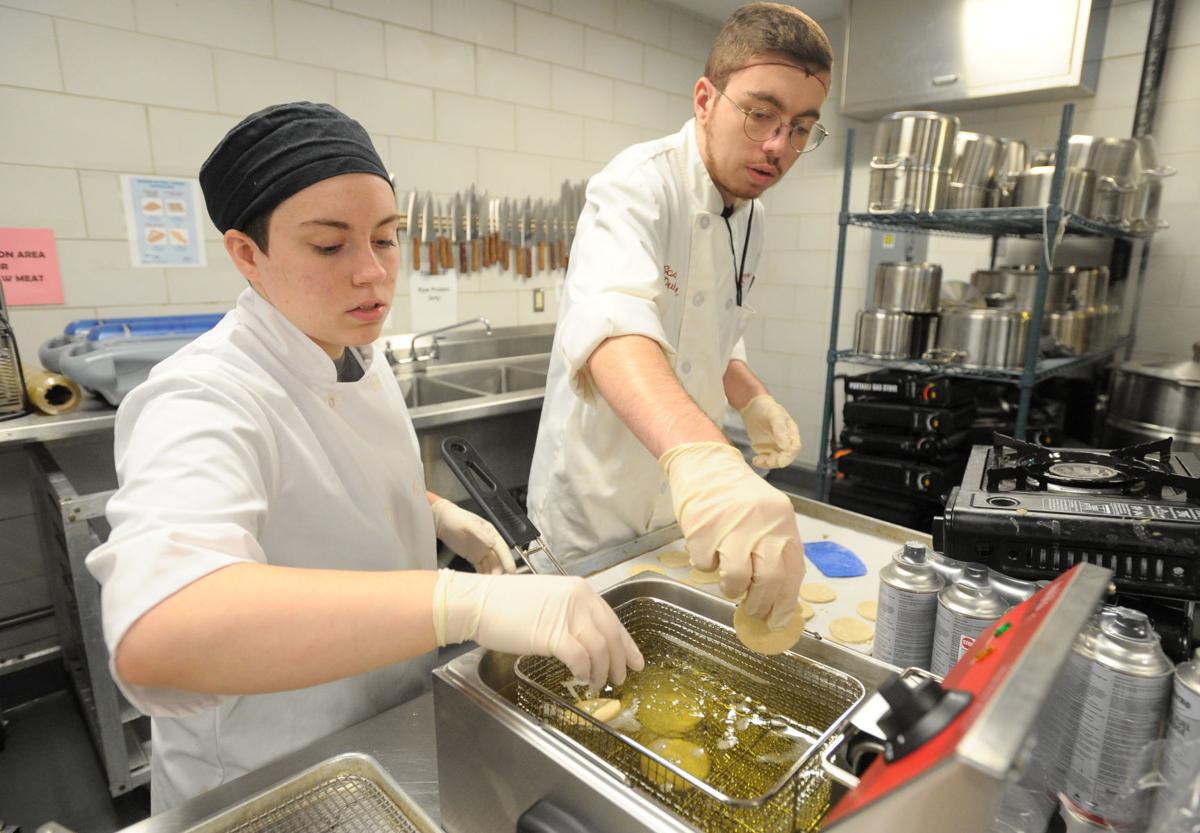 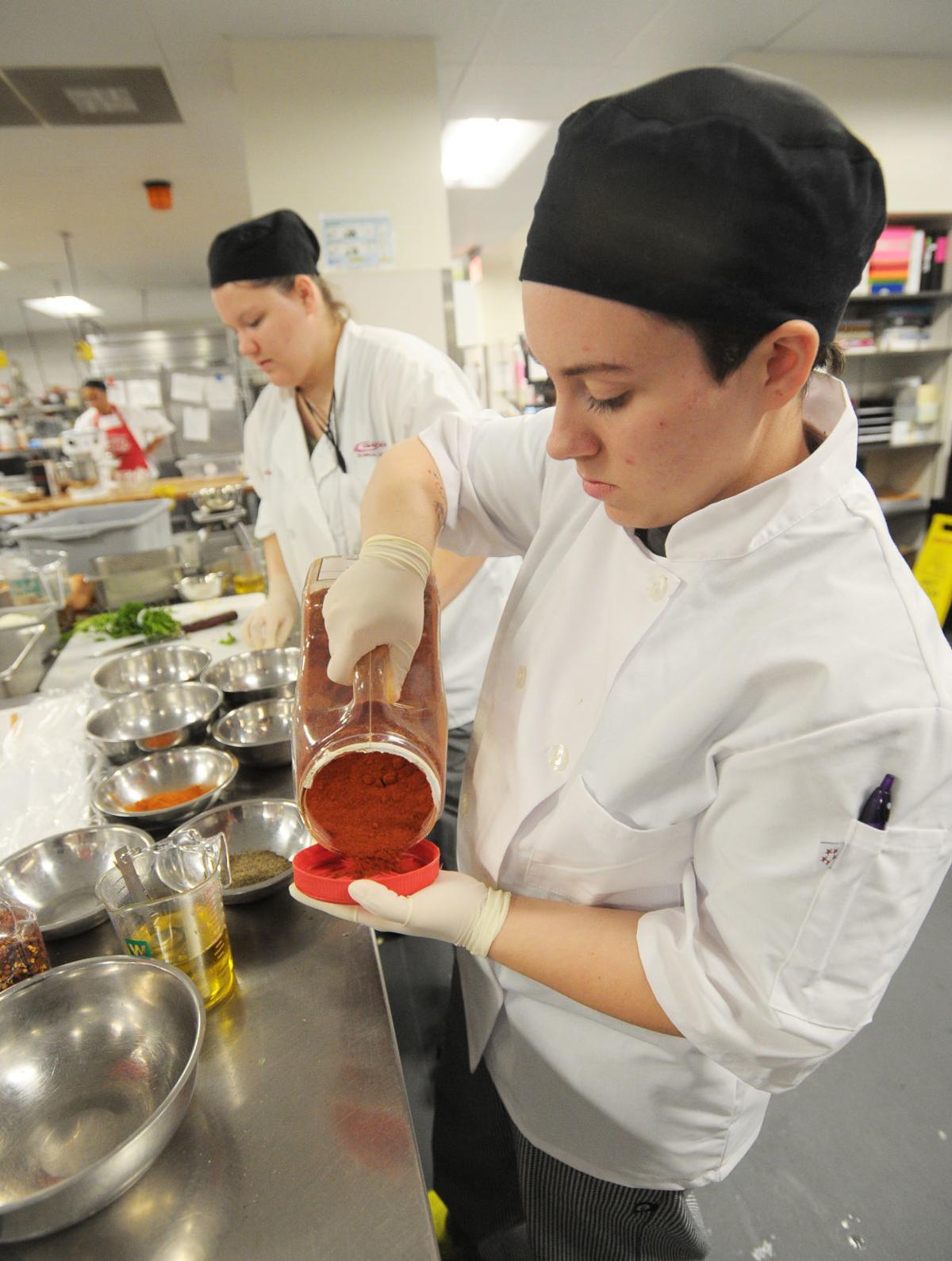 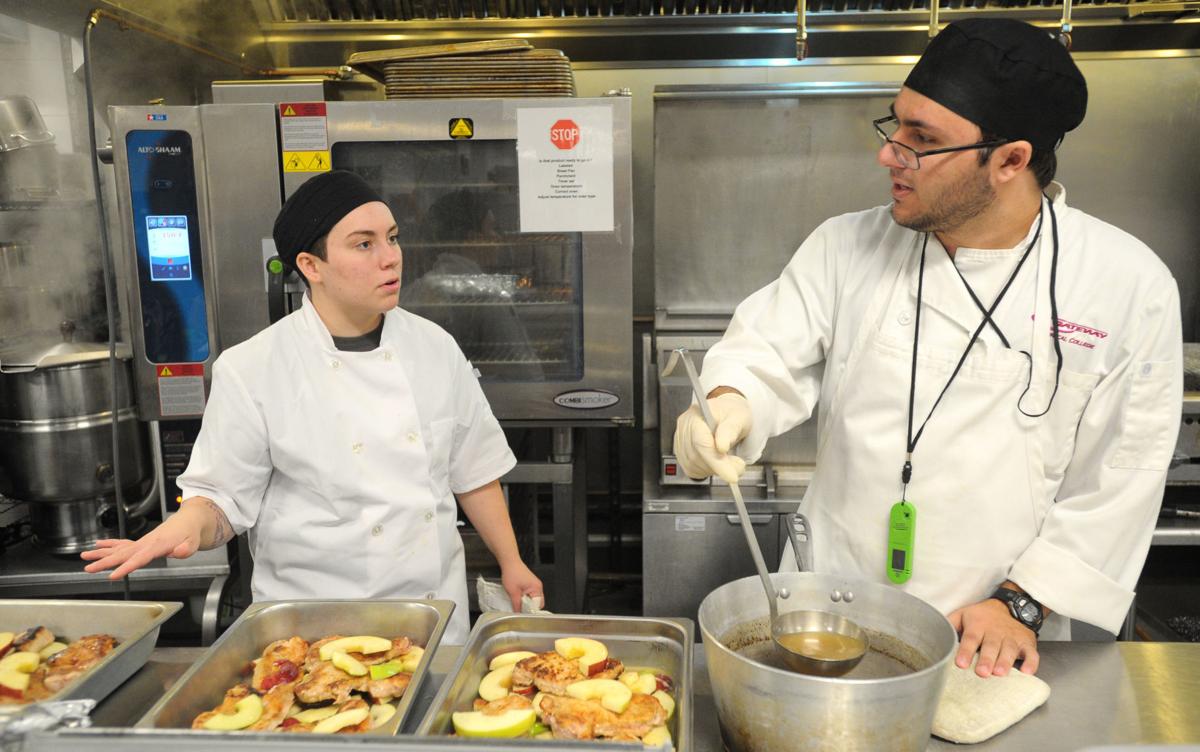 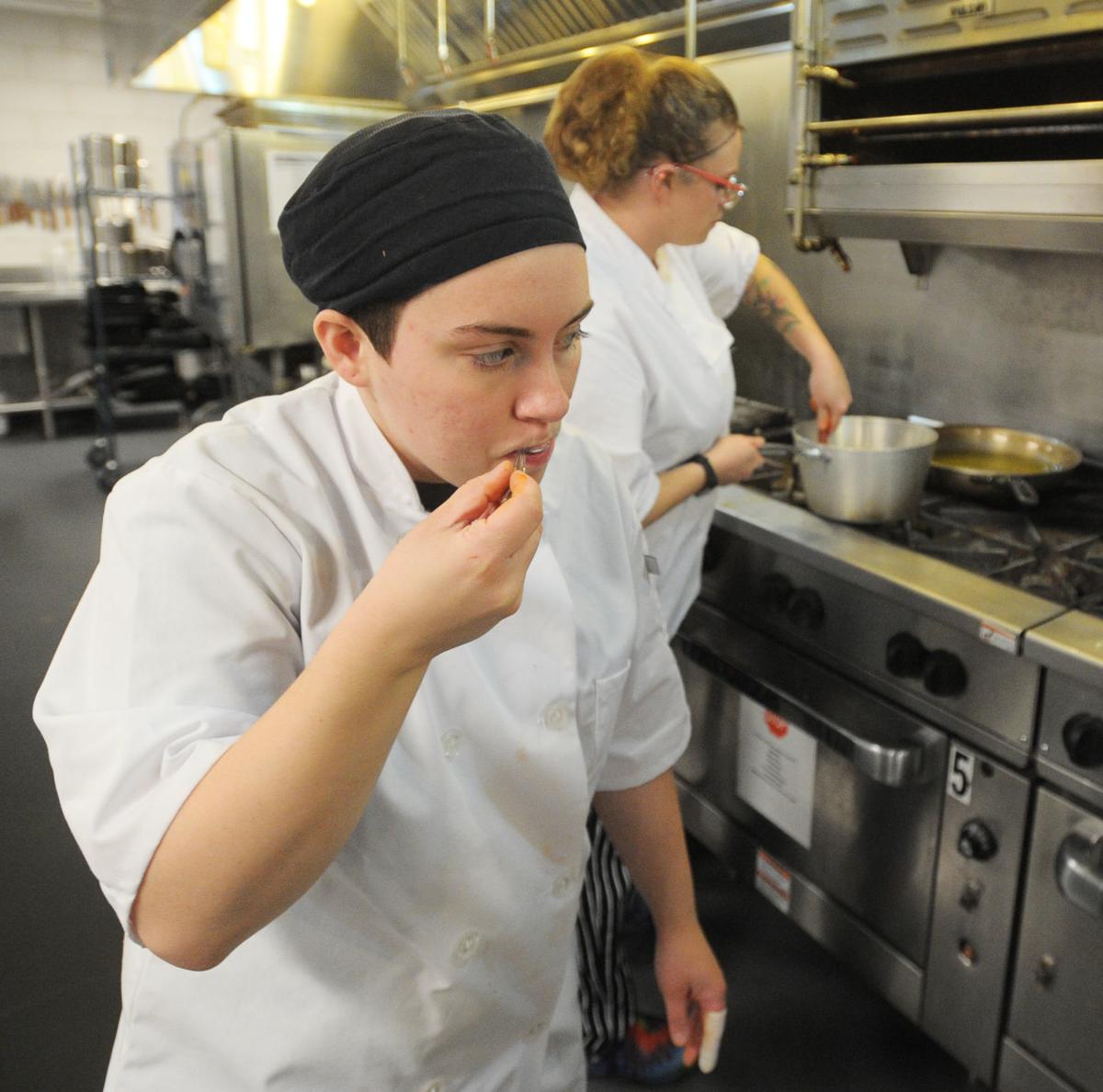 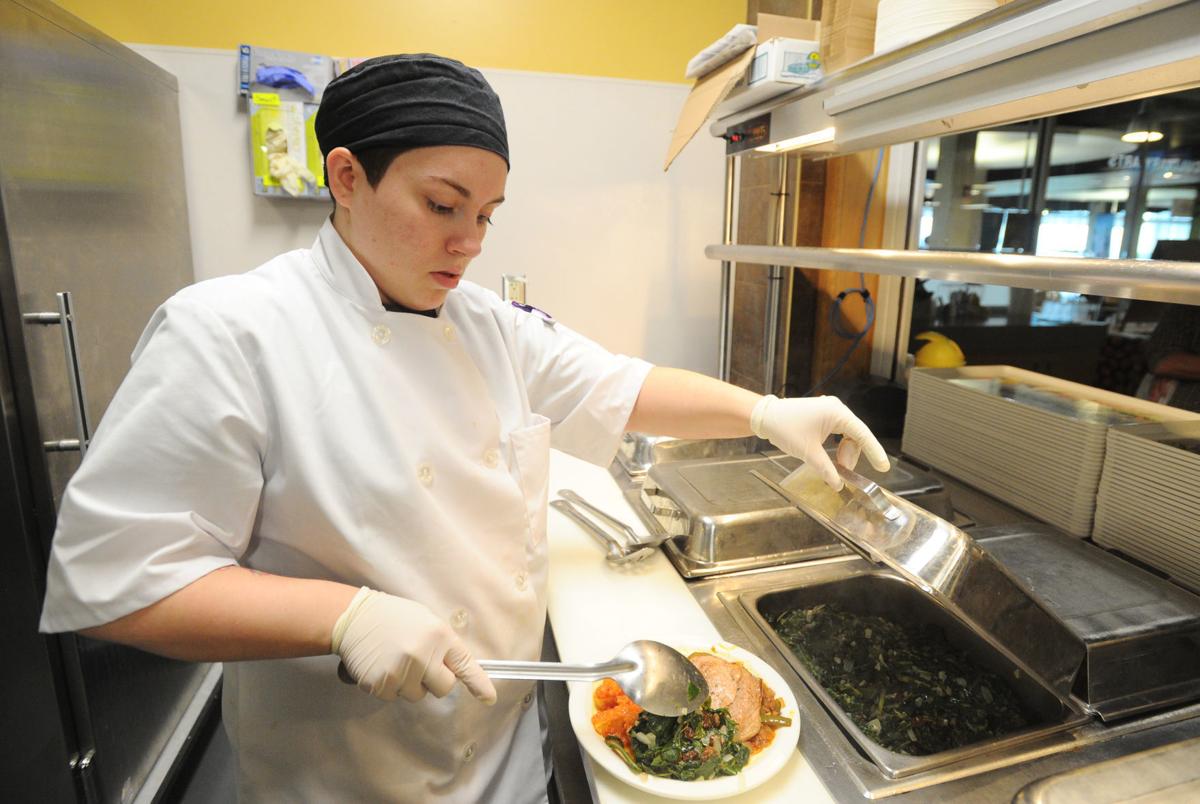 RACINE — For most students, a Thursday is just a Thursday.

But for third-semester culinary students at Gateway Technical College, Thursday is “restaurant opening night,” or “opening day” as the case may be.

On Thursdays throughout this year’s fall semester, student chefs in the International Buffets class execute a full menu themed to the cuisine of a specific country or culture, which is then served up in real time to students and the general public at GTC’s Racine campus.

Over the course of 15 weeks, menus of foods of Asia, Germany, India, France, Australia, Mexico and Africa are implemented by a student brigade led by a fellow student designated as production manager.

“It’s like being a restaurant head chef, delegating responsibility for the rest of the team,” said current class member Annika Essiembre. “The PM also sets up the front line with steam tables. I want to make it as easy as possible because they’re cooking my food.”

At the beginning of each semester, students in the international cuisine course select a country of focus. As they await their turn as production manager, they work on the line for that week’s student PM — rotating through food prep stations from entrees to desserts and setting up the serving line.

Menu creation begins the first week of class when students pick the world cuisine they would like to explore and execute as production manager.

“They have three weeks to develop a menu and requisition ingredients on their shopping lists,” Essiembre said. One week before it’s their turn as PM, they hand out recipes to students.

When the menu gets the green light, the PM distributes recipes to his or her fellow students, who make or prep what they can ahead of time or make day-of for to-order or steam table service.

Head chef for a day

On Oct. 17, it was Essiembre’s turn to take the helm as production manager.

Essiembre, 19, is in the third semester of her associate’s degree in culinary arts and is slated to graduate next May.

“I really wanted (to do French food) because some of my family is French Canadian,” she said. France, however, had already been taken, so she opted for Spain and Portugal.

“I used (the Racine restaurant) Olde Madrid for inspiration,” Essiembre said. She also used a recipe for something she had already made — the Spanish omelette. “I know how that should taste,” she said.

Because Essiembre herself eats gluten-free, she planned half her menu as gluten-free. Dishes that called for flour she asked fellow students to taste for her. “I also had to educate my peers in avoiding cross-contamination,” she said.

Working as a team

On “go-day,” there can be challenges, such as what to do if a student does not show up for class. “That’s when you multi-task and jump to another station,” Essiembre said. “It’s about teamwork and communication — you sweat when you go in there.”

Every step of the experience prepares students for working as a head chef of a restaurant, from costing out and ordering ingredients to inspecting plates as they are served to customers and creating a printed menu of the day’s fare, noted culinary arts instructor Adam Larkin.

“The PM also decides how to serve each dish and portion it out for the front line,” Essiembre said.

On production day, Essiembre was everywhere at once: checking oven temperatures, tasting and troubleshooting. After a quick run through the walk-in freezer, she dropped in on the dishwashing room to be sure everything was running smoothly.

As she moved, so did her 11 teammates — running between stations, collecting ingredients from refrigerators and calling out “Walking hot!” as they carried enormous steaming pots of food.

When one classmate struggled with the texture of the chocolate sherry chiffon pudding, Larkin stepped in with a fix.

Salads were done way ahead of schedule. “We had three people on salads who were on their A-game and knocked it out,” Essiembre said.

As the minutes raced by, Essiembre said, “Things are getting done in an orderly manner and I’m happy.”

By 10:25 a.m. Essiembre set up the steam table; by the 10:30 a.m. deadline, plating was underway and customers were lining up to inspect and select from the offerings.

Reflecting on her turn as head chef, Essiembre said, “I was extremely happy with the way service went; everything went extremely smoothly.”

She said it helped to have had an experience as a production manager in a previous class. “My first experience was a little rocky; I learned a lot about time management this time.”

“This is a debut for students to make particular dishes,” de Jong said. “They take their previous knowledge base and apply it to other cultures.”

“Working in international cuisine requires students learn words and techniques with which they may not be familiar,” Larkin added. “They learn what foods and ingredients are important to different cultures.”

“It’s also great to watch (the students) develop soft skills like learning to communicate with each other,” Larkin said.

The class is great practice for their future in the culinary field, say the instructors. “In the real world things don’t always go as planned. If you crumble every time, you’re not going to make it,” de Jong said.

“Working in international cuisine requires students learn words and techniques with which they may not be familiar. They learn what foods and ingredients are important to different cultures. It’s also great to watch (the students) develop soft skills like learning to communicate with each other.”

In this part of Wisconsin, interesting international fare can be hard to come by.

"I love working in the kitchen'

A former resident of Racine who now lives in Pleasant Prairie, Annika Essiembre, 19, is fairly new to restaurant-grade culinary service. She began cooking when she entered GTC’s Culinary Arts program for her associate’s degree right after high school.

So you want to be a chef: Different paths to the professional kitchen

Depending on a person’s end goal for pursuing the culinary field, a technical college student can start with one of several academic paths.