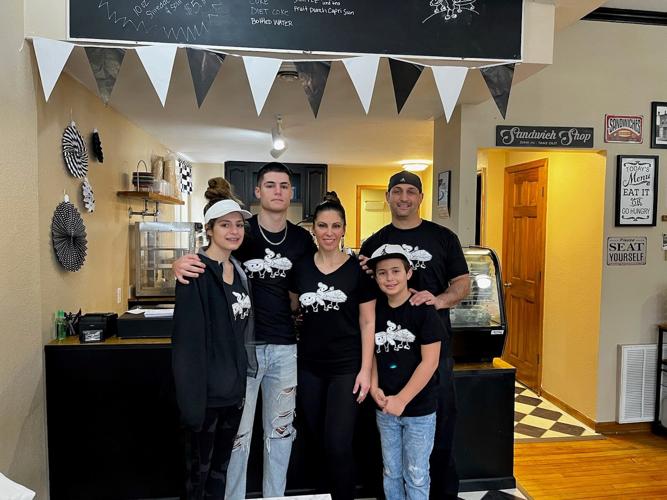 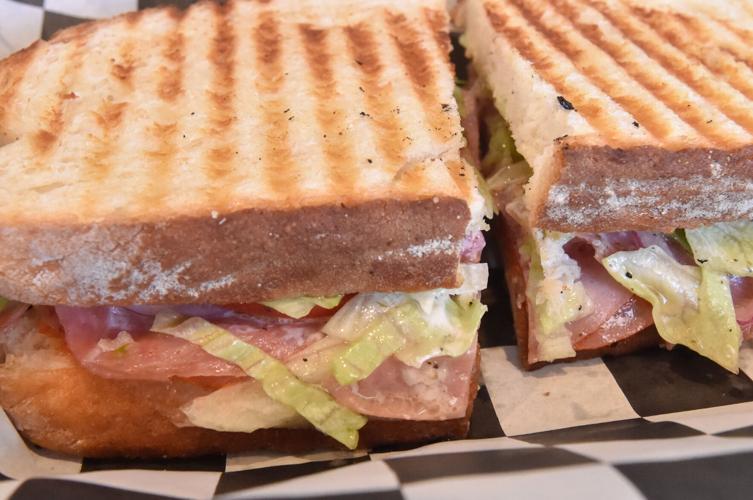 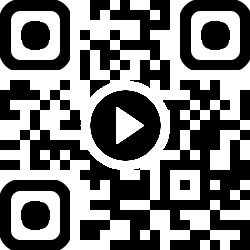 WATCH: Scan this QR code and follow the link to see how Paul Dagostino of Scungilli’s sandwich shop makes the “Paisan” sandwich

ROCHESTER — There ain't any mayo in this tuna salad. And there's no boring store-bought ham and sliced cheddar cheese on the sandwiches.

At Scungilli's, western Racine County's newest sandwich shop at 207A W. Main St., Rochester, the dishes are all about family. Three of the main dishes are named after the children of the owners, and the meals are inspired by homemade picnics the owners — Paul and Dana Dagostino — remember from their childhood trips to Lake Geneva.

Eating here is like being cooked for by an Italian grandma who still has all of her family's recipes from Sicily.

Family is important in the Dagostino household. That’s why Paul and Dana hang a photo of themselves with their three kids/employees — 18-year-old Dominic, 14-year-old Gina and 9-year-old Vito — on the way to the kitchen.

Paul previously had worked in a kitchen for six years, and Dana always cooked for her family and had memories of cooking with her mother and grandmother growing up; her great-grandparents had owned a restaurant.

“When we were young, at least for my family, we never ate takeout food. Our parents cooked for us all the time ... That’s just how they were. It’s just what they did,” Paul said.

The recipes featured on the menu of Scungilli’s are what Paul and Dana had grown up with, but with their own personal twists. Paul created every sauce from scratch in his kitchen, aside from a sweet mustard recipe inherited from Dana’s aunt Deb.

“That was important to us: a majority of our food on the menu was all either created by us or inspired by family," Dana said. "It was important to us to bring our recipes and traditions to the community to experience us and what we do and how we cook. A lot of those sandwiches are sandwiches we grew up on, and we just put a twist on them.”

From balls to sandwiches

When it came to setting up a business on their own, arancini proved to take too much time to prepare every day. Pizza and pasta also could have been a way to go, but time and budgetary factors again caused an issue — since they just started out and don't currently have a pizza oven. They needed something quick and easy (but still delicious and unique) to make for the menu; that's when they fell on the idea of a sandwich shop.

Paul says the best representation of this is “The Don” sandwich on the menu. It includes three meats — salami, mortadella, capicola — provolone, house-marinated tomatoes, and roasted garlic mayo served on focaccia bread.

Both being from Illinois originally, Paul and Dana would go to Lake Geneva as kids on day trips. The picnic lunches their families would pack are the main inspiration of the restaurant's menu.

Another example is the tuna salad served at Scungilli’s. While a traditional American tuna salad is made with mayo, the Italian recipes call for oil and vinegar. Not many places in the area offer tuna salad this way, but the Dagostinos say that they have people who prefer it the way they make it, being much lighter than the mayo-based options.

"There have been people who will come right out and tell you 'I don't know that that is, but I want to try it,' and they end loving it," Paul said. "That's probably a good message: just give it a try."

The food is prepared in-house at Scungilli's. From slicing the meats to preparing the daily batch of minestrone and even the fillings for the cannoli and the sheets of éclair cakes for desserts. Éclair is staple of both Paul and Dana's childhoods.

All in the family

Paul and Dana have special menu items named after and inspired by their children.

“It’s a comforting feeling knowing that the work that I'm doing (at Scungilli's) is benefiting myself in the long run. It benefits my parents and my family,” Dominic said. "Instead of when I was working in a different place, feeling like my work wasn’t so much appreciated or I'll never see the result of the work, compared to now, I pretty much get to see and live the results of the hard work my parents and I put in.”

New items, namely pasta, will likely be added to the menu in the near future. 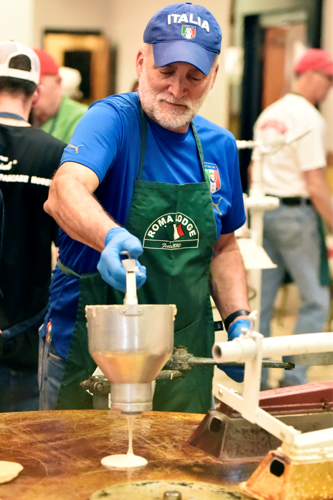 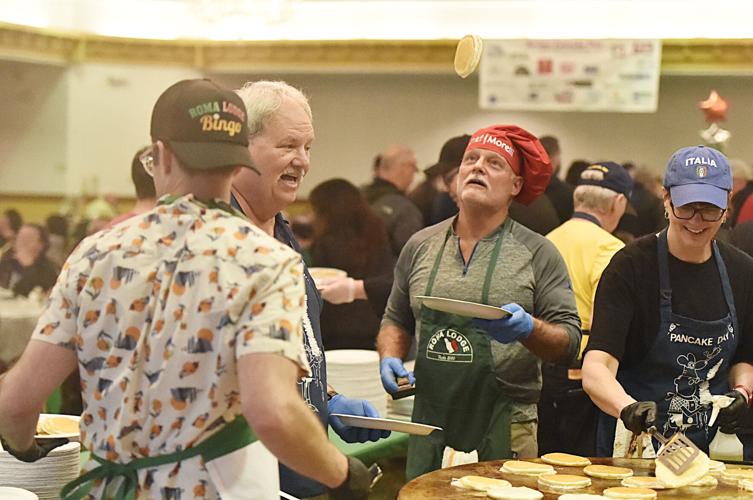 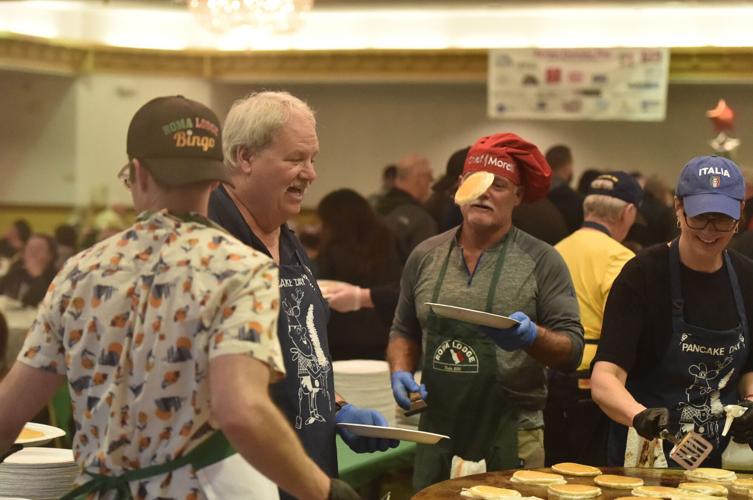 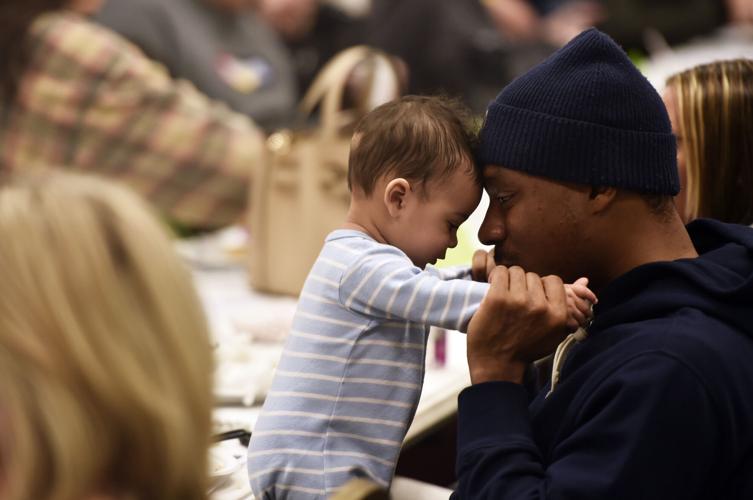 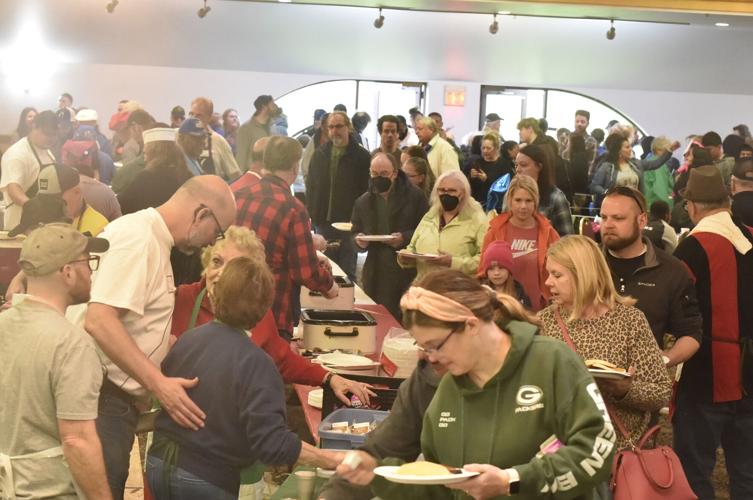 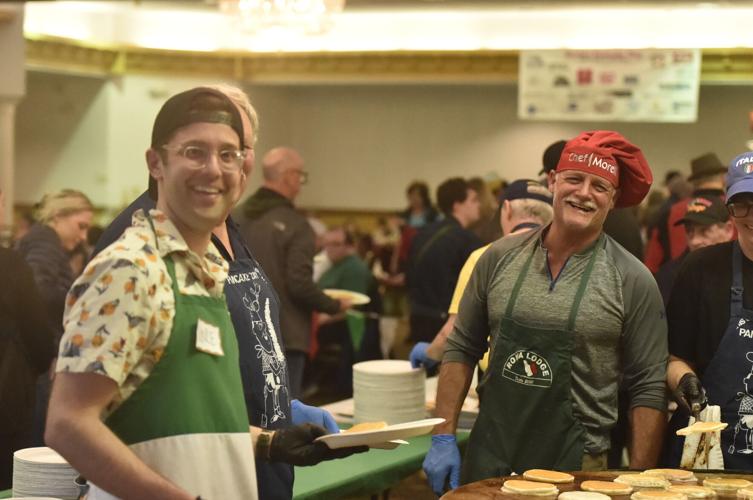 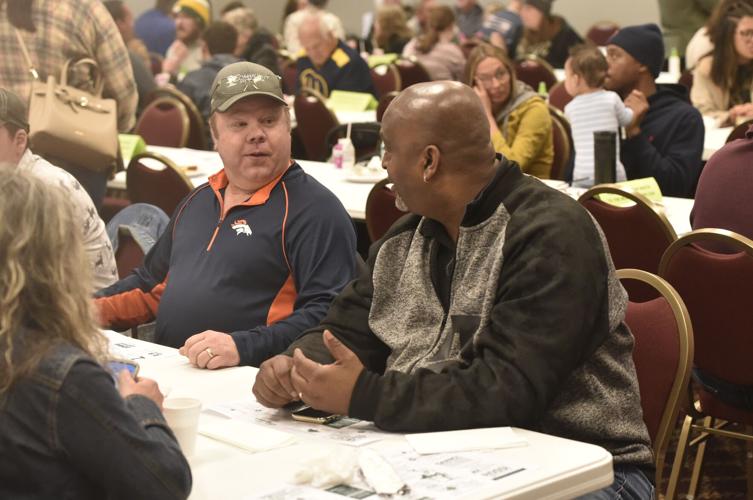 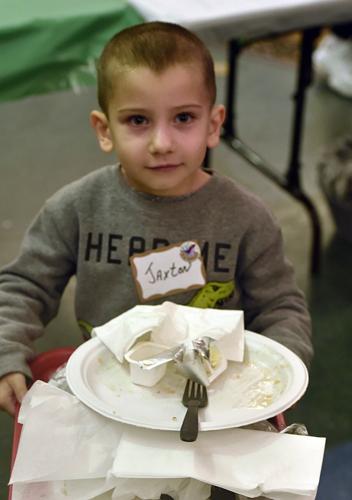 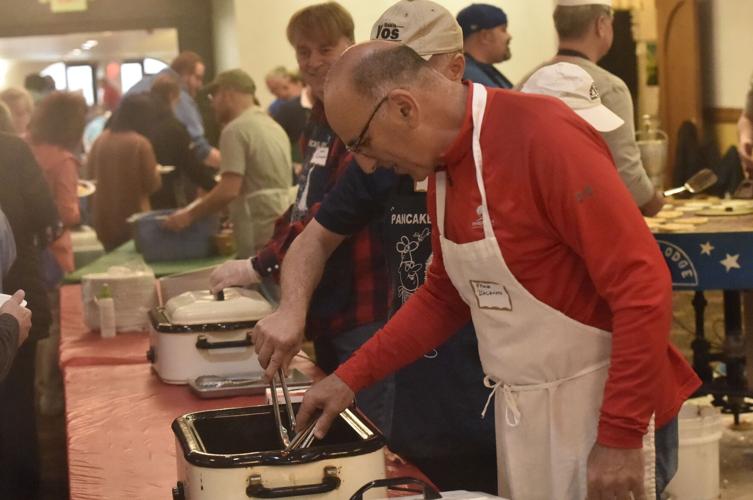 In photos: Pancake Day 2022, at Roma Lodge for the first time

After a two-year hiatus, Pancake Day returned in force Saturday.

Raised just outside of Mchenry, Illinois, Alex is a business reporter and a photographer for The Journal Times. He considers himself a Clark Kent and Jimmy Olsen all-in-one. Alex is a graduate of SIUC in Carbondale, Illinois. Twitter:@arodatjt

Two teens associated with the Dirty P gang, already facing charges for a February attempted shooting, have been charged with murdering a 14-year-old.

The teenager was given a $10,000 cash bond in Racine County Circuit Court on Tuesday.

A Racine woman allegedly stole vape pens after trying to return one.

Darius Banks, 26, was acquitted of attempted first-degree intentional homicide and attempted armed robbery, as party to a crime on both counts, and possession of a firearm by a person convicted of a felony. 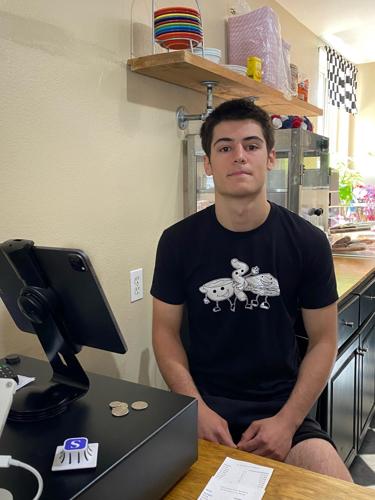 “It’s a comforting feeling knowing that the work that I'm doing is benefiting myself in the long run. It benefits my parents and my family,” Dominic, the oldest Dagostino child, said 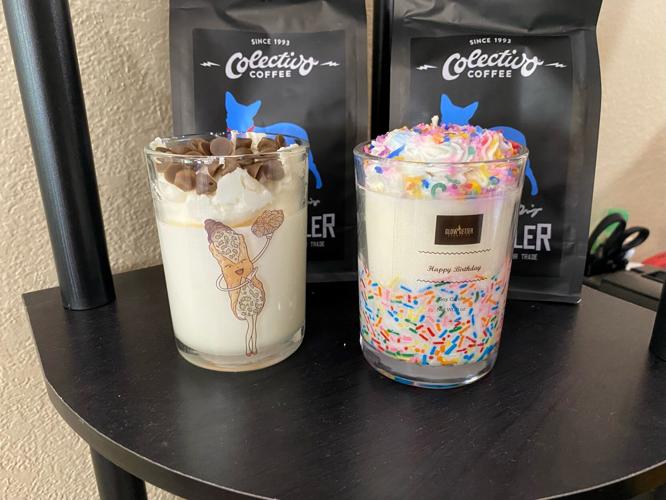 WATCH: Scan this QR code and follow the link to see how Paul Dagostino of Scungilli’s sandwich shop makes the “Paisan” sandwich