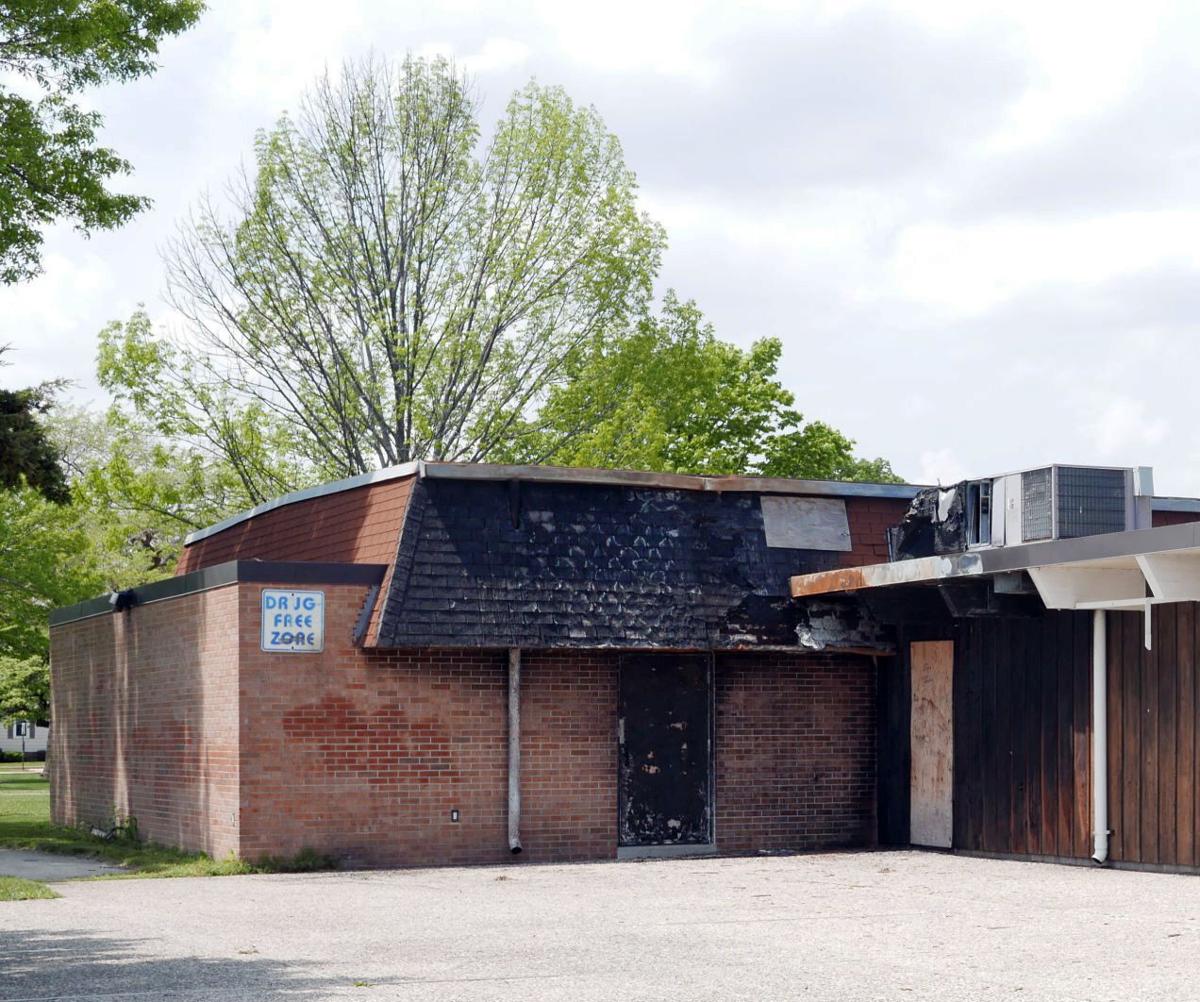 Scorch marks, blocked doors and boarded-up windows remain at the former Lakeview Community Center, which has remained in this state since a Sept. 11, 2019, fire rendered it unusable. 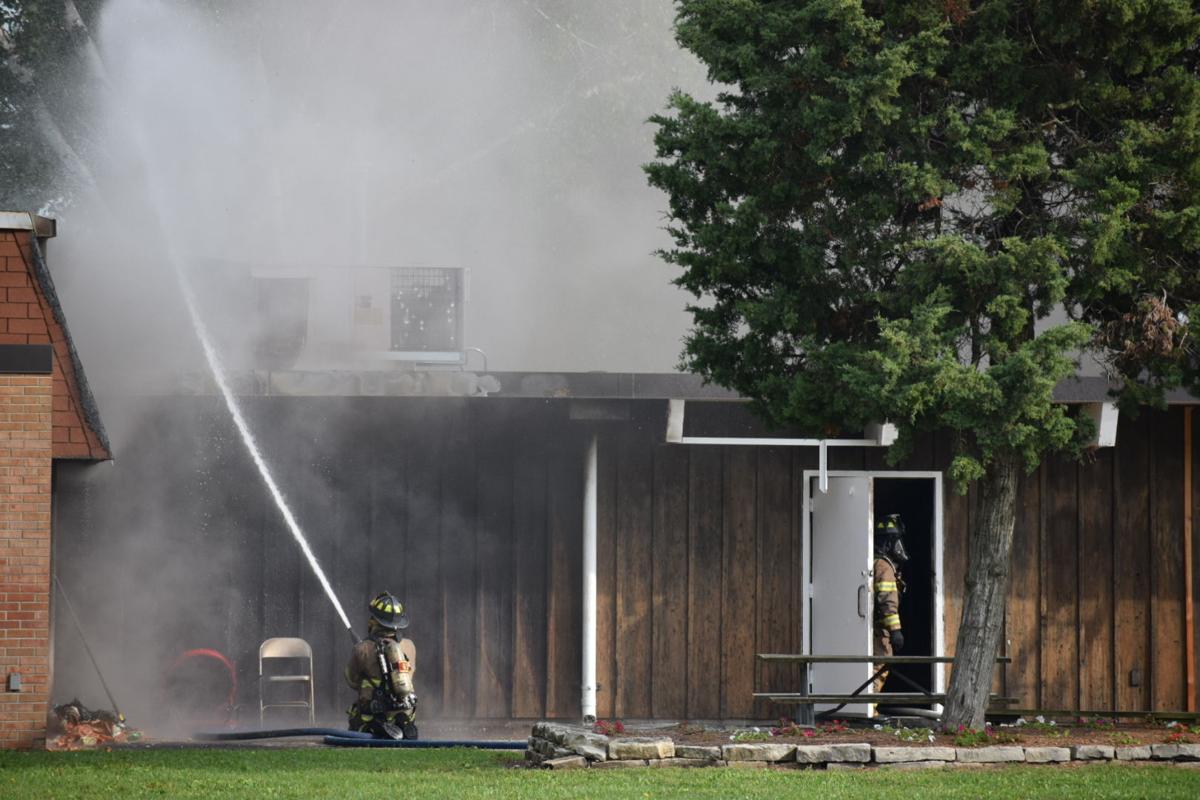 Firefighters battle a blaze on Sept. 11, 2019, at the former Lakeview Community Center.

RACINE — The large lot that is the home to the partially-burned Lakeview Community Center, next to the Racine Zoo and with beautiful views of Lake Michigan, is such a good spot that it’s surprising someone has not done something with it.

One developer agrees, and would like a year to explore their options.

F Street Development Group of Milwaukee has entered into a planning option agreement that gives it the exclusive right for 12 months, with an option for 18 months, to explore the feasibility of a mixed-use development at the site.

In this instance, the mixed-use development could include a multifamily residential building along with public space within the city’s Lakeview Park.

The Racine City Council voted unanimously on Tuesday to approve the agreement.

It had been used for voting; it was a rental space for various functions, including a summer beer garden, the Belle City Biergarten; and the building was open in the summer so that people playing in the park or at the beach had access to the bathrooms.

But in September 2019, the building was a total loss after a kitchen fire spread to the rest of the building. The $967,000 the city received from the insurance was not quite enough to raze the building and build something new.

The building has remained closed to the public since.

The agreement between the city and F Street, as outlined in the Agenda Briefing Memorandum, specifies that due to the historical public use of the site, the city is requiring that any development include public spaces.

The purpose of a planning option is to allow the developer to “complete all due diligence steps to determine the physical and financial feasibility” of construction without the concern they will be spending money on the project – only to lose the space to another developer.

The agreement between the developer and the city includes the following:

The agreement with Racine is similar to the one F Street has with the Village of Pleasant Prairie in Kenosha County.

There, F Street has an 18-month exclusivity agreement to negotiate for the development of the central portion of the Village Green Center Development, which could include apartment buildings with first-floor commercial space.

Scott Lurie, F Street founder and president, has described his company as a multifamily and industrial investment firm with many completed and ongoing projects, mostly located in southeastern Wisconsin.

Photos of fire at Lakeview Community Center from Sept. 11, 2019

Scorch marks, blocked doors and boarded-up windows remain at the former Lakeview Community Center, which has remained in this state since a Sept. 11, 2019, fire rendered it unusable.

Firefighters battle a blaze on Sept. 11, 2019, at the former Lakeview Community Center. 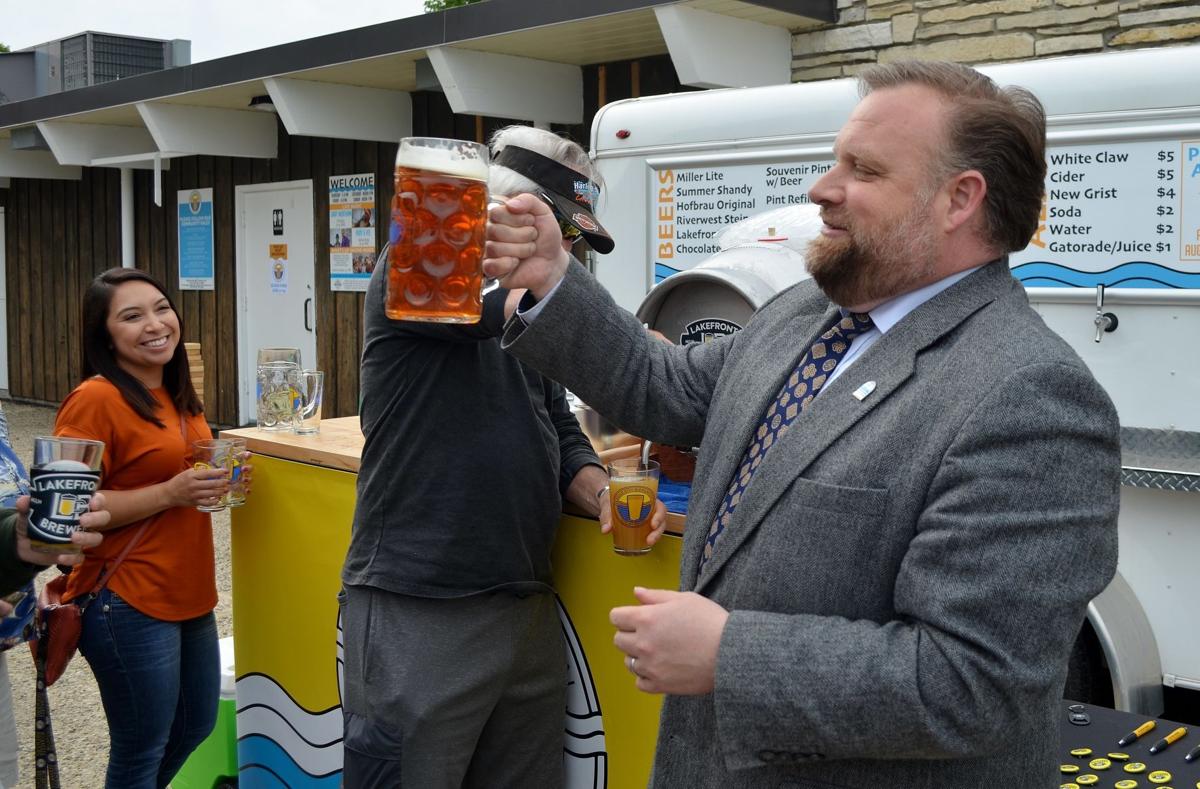 Racine Mayor Cory Mason gives a toast during the grand opening of the Belle City Biergarten at Lakeview Park, 201 Goold St., on June 21, 2019.