RACINE — The opioid epidemic is continuing to make its lethal presence felt in Racine. Overdose deaths are on the rise, although some of them might have been prevented if there was more awareness of certain laws protecting witnesses who call 911.

When Joseph Barnes overdosed on the northwest side of Racine on Feb. 3, the three people who were with him at the time did not call 911. They got someone else, Barnes’ roommate, to call paramedics, after they allegedly took some time to clean up the scene.

By the time the roommate, Lino Pagni, got to Barnes’ unconscious body, he said it already felt cold. CPR performed by Pagni and treatment from paramedics were unsuccessful. He was pronounced dead at the scene.

“If they were so worried about their friend, why didn’t they call 911?” Pagni still wonders.

Barnes, Nikita Wallin, Kyle Rannow and Joseph Kelemen were all using heroin together in Barnes’ basement on Feb. 3 when he overdosed, according to police.

Wallin, Rannow and Kelemen had all absconded before authorities arrived, leaving behind Pagni to deal with the dying Barnes, but not until after they allegedly cleared the scene of leftover heroin needles and other drug paraphernalia.

Pagni remembers Wallin knocking on his door and saying, “Joe is passed out … You might need to call the paramedics,” before leaving.

After someone overdoses, there is usually 1-3 hours between the time the drug was taken and the user’s possible death.

“If emergency responders can reach the person suffering from an overdose during this window, the person is more likely to survive via lifesaving treatment,” according to American Addiction Centers.

It’s unclear how often someone witnesses an overdose and doesn’t call it in, but Racine County Medical Examiner Michael Payne said it’s “probably a lot.”

“Most of time we don’t know if an overdose was witnessed because everyone’s gone by the time the police arrive. Generally those not involved — who find the body — are the ones who stick around,” Payne wrote in an email.

The reason Wallin said she didn’t call 911 was because there was a warrant out for her arrest and she didn’t want to go back to jail, she reportedly later told police.

“Calling for aid for an incapacitated individual does not preclude law enforcement from acting on the results of previous criminal activity,” an American Addiction Centers representative explained in an email. For example: “If the individual performing CPR had a warrant, their assistance would be appreciated, but they stand the strong possibility of being arrested because that noble act does not negate the warrant.”

Advocates say that more laws to protect people who report an overdose could save lives like Barnes’. If Wallin, Rannow or Kelemen believed they wouldn’t face prosecution for their own drug use by calling 911, paramedics might have been called more quickly.

Wisconsin’s “Good Samaritan Law,” as it is colloquially referred to, states that anyone who calls 911 to help someone else in a medical emergency (such as an overdose) cannot have their parole or probation revoked as a result. The “Good Samaritan” who renders aid would also be immune from prosecution for certain crimes, including possession of drug paraphernalia and possession of a controlled substance.

Under the same statute, the person overdosing (in this case, Barnes) cannot be prosecuted for those crimes if they complete a treatment program.

However, awareness of these laws still remains low nationwide, which places lives at risk.

A study conducted by the New York City Department of Health and Mental Hygiene found that, over a 27-month span in the early 2000s, only about one-third of people witnessing an overdose called for medical help. The No. 1 reason they didn’t call 911 was fear of police response.

The NYC Department of Health and Mental Hygiene concluded that overdose mortality rates would decrease if awareness of good samaritan laws was improved.

“Most fatal overdoses are witnessed,” another study by the same department stated, “offering an opportunity for bystanders to call 911. However, fear of arrest may prevent them from calling authorities.”

Although they are protected in some states, Wisconsin’s Good Samaritan Law doesn’t protect people with an outstanding warrant from prosecution, so Wallin could still have been arrested that day had she called paramedics to help Barnes.

Returning to the scene

In the days following Barnes’ death, Rannow and his brother allegedly broke into the home and stole five firearms from a gun safe, according to police. The theft allegedly included a South African rifle that had become a family heirloom and had been intended to be passed down to one of Barnes’ two sons.

Barnes had been dead for less than 72 hours when the break-in reportedly occurred.

Wallin was picked up by authorities two weeks later after she reportedly overdosed on Feb. 18, but was saved after a family member called 911. Police said that the heroin she allegedly overdosed on was provided by Gabriel Bernal, the same man facing a homicide charge for selling the heroin that killed Barnes.

Wallin is currently in Racine County Jail, facing felony charges for narcotic possession and child neglect — her 2-year-old daughter was in the bathroom with her when she overdosed, according to a criminal complaint.

Police said that Wallin admitted to having helped pay for what became Barnes’ fatal dose, although Kelemen allegedly was the one who made the purchase. Rannow was then interviewed and corroborated Wallin’s story, according to police.

Investigators connected the heroin that Wallin and Barnes overdosed on to Bernal, and started a stakeout. After witnessing Kelemen appear to purchase drugs from Bernal on three occasions in late February and early March, Bernal was apprehended, according to the Racine Police Department.

Everyone who was in Barnes’ basement when he overdosed is now in jail and they all may be facing prison time.

Except for Joseph Barnes.

This story is Part 3 of a three-part series. This article details the fragmentary protections for people who report an overdose and how they relate to Joseph Barnes, whose story was told in Part 1, published Monday. Part 2, published Tuesday, looked at the laws that aim to scare off dealers from selling potentially deadly drugs. To see the entire report, subscribe to The Journal Times digital edition.

Judge Maureen Martinez told Gabriel Bernal “You are definitely not a throwaway person ... You are a person who can rehabilitate himself with help.”

The distinction between addict and dealer is oftentimes murky — as was evidenced on Friday as the Racine County Circuit Court had to decide how to treat an addict who both desired rehabilitation but had also turned to dealing drugs that led to one man's death.

While there are limited legal protections in Wisconsin for those who call 911 to report an overdose, there aren't protections for the person who actually overdosed. Some states do have such protections.

Fentanyl test strips could soon be legal in Wisconsin; here's how they could save lives

If you were a cocaine user or addicted to painkillers, and found out that your drugs had been mixed with fentanyl, a much deadlier substance, would you still use that batch? There’s a chance you wouldn’t, and that could save your life.

MOUNT PLEASANT — It’s no secret that opioids have plagued municipalities and states all across the nation. Some of those affected entities hav…

Libraries are equipping themselves with overdose antidotes. Racine hasn't, not yet at least.

Although some libraries nationwide equip their staffs with the opioid overdose antidote naloxone (often referred to by the brand name “Narcan”), the Racine Public Library does not.

CALEDONIA — Village Administrator Tom Christensen is calling state-imposed property tax levy limits “a brick wall,” a hurdle that even has the…

More than $131,860 worth of drugs reportedly found in suspected trafficker’s truck, home

Almost four pounds of cocaine, fentanyl and opiates were allegedly found in the possession of a 37-year-old Racine man last week.

Inside the apartment, 70.8 grams of heroin and fentanyl, a loaded .380 semi-automatic handgun, $706 in cash and drug packaging supplies were found, according to the Racine Police Department.

In Racine County, no increase in suicides, overdose deaths compared to years prior 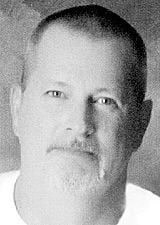