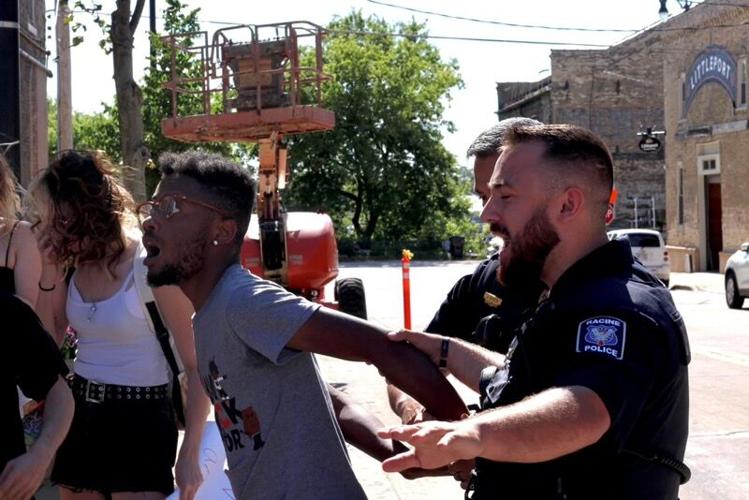 Kejuan Goldsmith is arrested on the afternoon of Sunday, June 26, on Main Street. 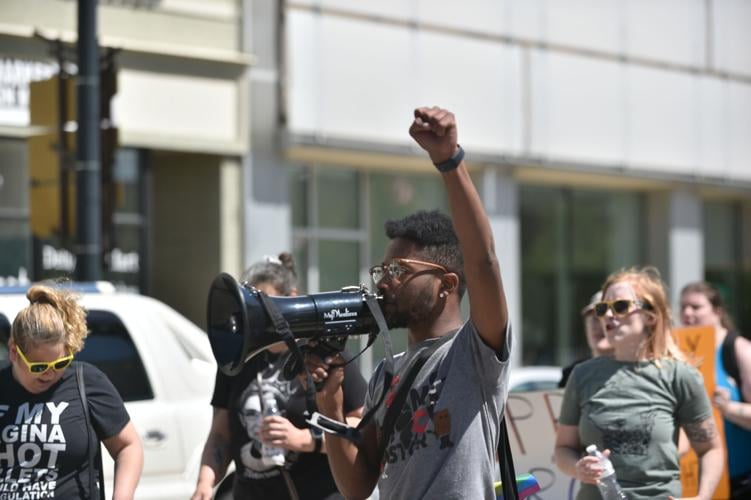 Kejuan Goldsmith raises his fist as he leads about 50 people in chants on Sunday, June 26, in Downtown Racine, calling for abortion's legality to be reinstated, about an hour prior to Goldsmith being arrested.

RACINE — The organizer of a protest Sunday was arrested on Main Street.

The organizer, Kejuan Goldsmith, led a protest that involved about 50 people who marched through Downtown Racine in opposition to Friday’s Supreme Court decision that overturned Roe v. Wade, the 1973 ruling that had required all states to allow some access to abortions. After Friday’s ruling, abortion became illegal in Wisconsin.

The protest Sunday, organized by Goldsmith and the group We the Change-makers, was the first in Racine in opposition to Friday’s ruling.

Goldsmith said he was arrested at around 4 p.m. and was bonded out of the Racine County Jail within hours. He said his bail was $600.

Goldsmith spoke with The Journal Times over the phone Sunday night.

He called the arrest “bogus” and “wrong.” He said he was accused of “obstruction of justice and resisting arrest.”

The protest began at 3 p.m. on Monument Square. Police arrived, Goldsmith said, “Because apparently I didn’t have a permit to protest on the street. That’s what they initially said.”

Goldsmith, who has participated in and led protests in the Racine area for several years, said he has never received a permit for a protest previously and that this was the first time police got directly involved in a protest he has led.

Two videos of the arrest show a tense scene with demonstrators yelling at multiple police officers, but no violence or active interference with officers.

Bystanders yelled, “This is not illegal!” and “No justice, no peace!” repeatedly at the officers.

The arrest occurred next to the sidewalk on the southwest side of the intersection of Third Street and Main Street, with videos showing Goldsmith being handcuffed and led away on foot by two Racine Police Department officers.

Goldsmith had moments prior been using a megaphone to lead chants of “What does democracy look like? This is what democracy looks like!”

Goldsmith said he is hiring a lawyer and plans to fight any charges if they are formally filed.

The Racine Police Department did not immediately have a comment on the arrest.

“You do not need a freaking permit to protest,” Goldsmith said Sunday night.

Xavier Simmons, another Racine-based organizer who witnessed the arrest, said in a text to a reporter “They (the police) told him (Goldsmith) to get out of the street. He got out of the street and they still handcuffed him.”

According to the City of Racine’s “Public Event Planning Instructions & Application” document: “Demonstrations, protests and rallies are allowed on public property without obtaining a Public Event Permit, under the following conditions:

Protesters had briefly obstructed traffic at the intersection of Main Street and Fourth Street.

In recent years, even when Racine Police witnessed traffic obstruction during protests that at least once in June 2021 included the forced diversion of a fire engine, arrests have not been immediately made.

Right now, a woman who survives sexual assault or rape and wants to get an abortion cannot legally do it in the State of Wisconsin. That was at the core of a protest in Burlington Monday.

Kejuan Goldsmith is arrested on the afternoon of Sunday, June 26, on Main Street. 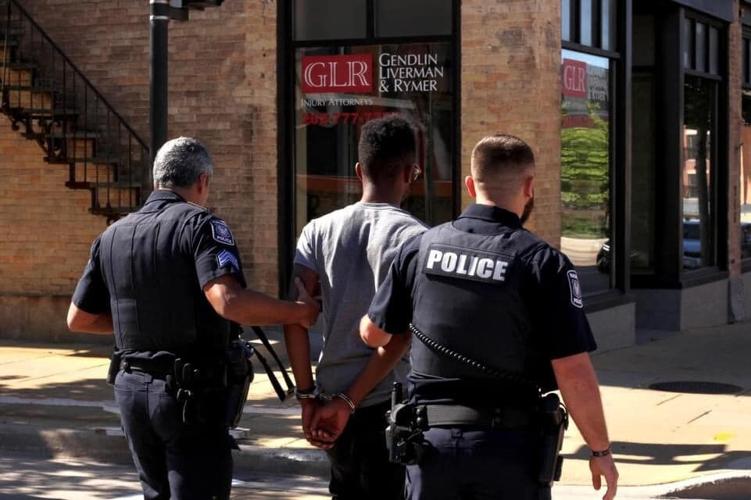 Kejuan Goldsmith, center, is led away by two Racine Police officers after being arrested Sunday during a protest.

Kejuan Goldsmith raises his fist as he leads about 50 people in chants on Sunday, June 26, in Downtown Racine, calling for abortion's legality to be reinstated, about an hour prior to Goldsmith being arrested. 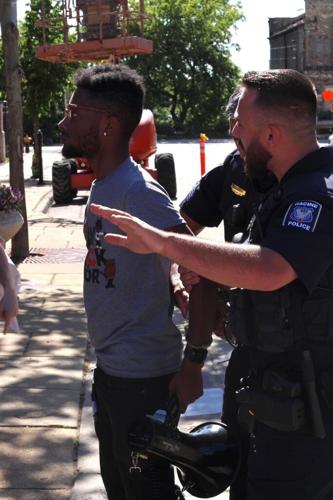