STURTEVANT — Hundreds of buildings lost power temporarily after a car crashed into a utility pole, snapping it and leaving much of the pole hanging in midair and held up by the wires near Blain’s Farm & Fleet, 8401 Durand Ave. (Highway 11) just after 8:30 a.m. Wednesday, according to a We Energies spokeswoman and a photo from the scene.

No injuries were reported. Only one car was involved in the crash. The driver, who was not identified by police, received multiple citations, according to Sturtevant Police Capt. Tim O’Neill.

A car in a single-vehicle Highway 11 crash flipped upside down Wednesday morning.

“We appreciate our customers’ patience as our crews endeavor to restore power,” said Allison Trouy, a spokeswoman for We Energies.

According to an alert from the Wisconsin Department of Transportation, all lanes of Highway 11 between 86th and 90th streets were blocked after the crash and remained closed hours after. The Racine County Sheriff’s Office also responded to the scene, the DOT reported.

In photos: History of coal power in Racine 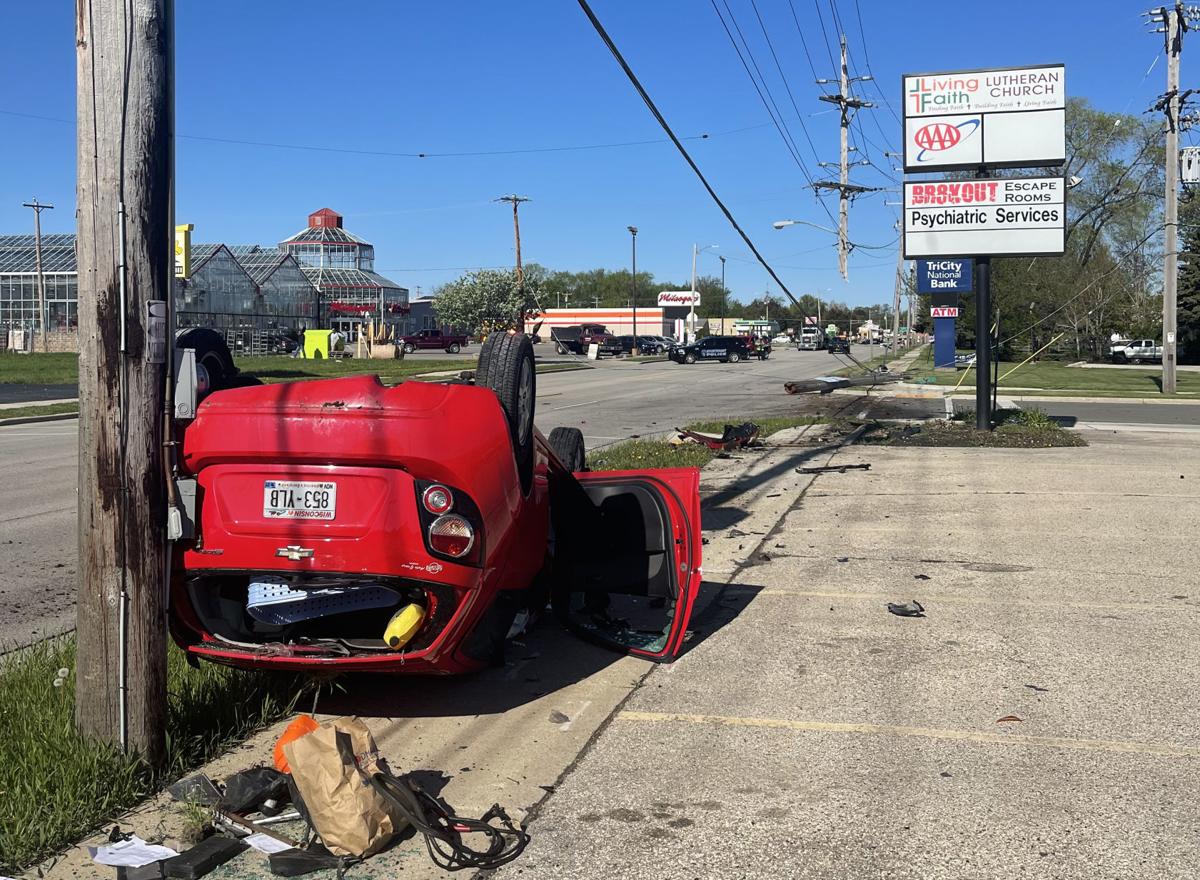 A red Chevrolet flipped in a crash that left a utility pole snapped Wednesday morning on Durand Avenue (Highway 11) in Sturtevant.

A car in a single-vehicle Highway 11 crash flipped upside down Wednesday morning.