One week of advertisements in the classified section.

That’s all that could be found in Illinois newspaper archives indicating that someone might have suspected Peggy Johnson was missing.

The advertisements, published about a week apart in the Northwest Herald in December 1999, read:

“PEGGY JOHNSON, Please call Rita,” followed by a phone number. Combined, the ads took up about a half-an-inch of space each.

Rita is Johnson’s aunt, who declined to speak with The Journal Times.

Johnson’s body was found in Racine County on July 21, 1999 — five months before Rita's ads appeared in the newspaper.

She was not publicly identified until Nov. 8 of this year. She had never been formally reported as missing, and that is likely because she was living with the woman accused of killing her — Linda LaRoche.

LaRoche was arrested 12 days ago in Florida. She had been identified as a suspect after law enforcement received a tip that LaRoche was talking about how she killed someone 20 years ago in Illinois.

The story has received national attention. A crime YouTuber made a video about the story. Posts on missing-persons pages on Reddit.com have received thousands of reactions. The Washington Post and other national news outlets have published stories on the case.

A body on 92nd Street

The image of Johnson’s mutilated corpse is burned into the memory of Megan Rios.

Rios and her dad, John Madden, were walking their dogs along 92nd Street early on the morning of July 21, 1999. They lived just down the road in a Raymond farmhouse.

Madden and the dogs were up ahead while Rios, who was 16 at the time, lagged behind.

The dogs started barking at something in the cornfield. It was a young woman’s body.

Rios remembers her dad nearly vomiting on the side of the road. Her 16-year-old brain started “CSI-ing” the scene — she later went to college to study criminal justice.

It had rained the day before, but the body wasn’t that wet. One of the woman’s arms “was bent up and over her back, in a completely unnatural position,” Rios recalled. She was very skinny and covered in bruises.

It was immediately clear to Rios: the body had been dumped there, and the woman had not been dead for long.

They went back to their house and called 911. Racine County deputies arrived minutes later, securing the scene and searching for evidence.

Thousands of leads were pursued in the decades to follow, but no conclusions — despite the use of cutting-edge DNA testing and repeated pleas for help through the tenures of three Racine County sheriffs.

Madden always believed the case would be solved in his lifetime. It wasn't. He passed away three years ago.

Johnson’s name did not even come up as a possibility until September, after LaRoche allegedly divulged her secret.

Peggy Johnson’s name was not known in Racine County. Several of the people who knew her in life didn’t know her by that name, either.

Lee, who now lives in La Farge, Wis., had grown up in Illinois and went to preschool, grade school and high school with Peggy.

Diane Schroeder died on Nov. 26, 1994. She worked at a nursing home and had two kids — Peggy and a son named Jesse, who died in 1998. Diane was 41 at the time of her death, two years younger than Peggy would be now had she lived.

Falling through the cracks

When he first saw the story about Jane Doe’s body being identified, Lee didn’t immediately realize he had gone to school with the victim.

But “I recognized her photo right away,” Lee told The Journal Times. He remembers that Peggy “always seemed to have a smile, but was very quiet. She hardly said anything.”

"The sweetest girl. She never, ever would hurt a fly," said Amanda Reagan, who had been neighbors with Peggy and her mother as a youth.

Near the end of high school, Peggy “fell off the radar,” Lee recalled. They had been attending Harvard High School — in Harvard, Ill., about 20 miles west of McHenry — in the fall of 1994 when Diane Schroeder died.

The last time Lee saw Peggy was at the 1994 homecoming dance. Reagan saw her a couple times thereafter around Harvard, but then heard that Peggy had gone back to McHenry — likely to live with the LaRoches. Reagan never heard from Peggy again.

"I feel like everything failed her. Her mother didn't have anything for Peggy after she died. The schools failed, we failed, everything," Reagan said on Saturday. "I feel like we failed her as friends. She never felt like she could come to us and say 'Hey, I'm homeless. I need help.' ... Then everyone moves away, has kids. We all lose touch ... We were so young ...

Another friend of Peggy's noticed something was amiss around the time, but didn't have reason to suspect Peggy had been killed. Nichole Gruenes (nee: Skocz) was 9 when she first met Peggy. She visited her once at the LaRoches soon after Peggy moved to McHenry. Gruenes said Peggy seemed happy, that she finally had a job and stability — taking care of LaRoche's kids and home — something she didn't have growing up in a low-income family.

"They didn't really have much," said Kimberly Christenson, another childhood friend who now lives in Texas.

Gruenes tried calling Peggy repeatedly over the next couple years, but never got a call back. So, around the summer of 2000, Gruenes stopped by the house; unbeknownst to her, Peggy had already been dead for about a year.

LaRoche answered the door. She told Gruenes that Peggy "was a runaway and hadn't been heard from."

Gruenes told her dad, who was a police officer. He replied: “They're claiming she’s a runaway? There’s nothing we can do about it unless they formally report it.”

“Who was there to report it?” Gruenes wondered when she spoke with The Journal Times on Saturday.

Christenson and Gruenes both remember Peggy as being not all that different from other kids her age. She was a year behind in school and sometimes took a little bit longer to learn something, but was still accepted by many of her peers, and had friends to stand up for her when bullies came around.

"Nobody knew what happened to her," Christenson said. "I don't understand: When there is someone with a disability, and their mom dies, how come the state wasn't involved? Did they think that because she was with a nurse (LaRoche) she was OK?"

“I often thought of her over the years, wondered what happened with her,” Lee said. “And now we know.”

He had no idea she had been tortured, killed, left in a cornfield and almost forgotten.

Based on the Racine County Sheriff’s Office’s investigation disclosures to date, the only person who knew all of that would be LaRoche, who as of Friday was listed as an inmate in Florida's Lee County Jail.

LaRoche's ex-husband and five kids all spoke with investigators. They all said, according to a criminal complaint, that LaRoche was abusive to Peggy — that she beat her, yelled at her “like an animal” and forced her to sleep in a crawl space, among other abuses.

“She was so proud when I first was at the house (in 1995)," Gruenes recalled of how happy Peggy was when she started living with the LaRoches. "She was so excited … she was feeling like she was actually going to have a life.”

Even after finding the body in 1999, Rios said she never cried. When computer-generated images of what Johnson may have looked like were published by the National Center for Missing and Exploited Children, Rios kept watch but remained emotionally distant.

“I’ve been crying pretty much nonstop lately. It’s heartbreaking,” said Rios, who is now a mother and has a stepdaughter who is 23.

Rios, like many others, has put some of the blame for the cold case on LaRoche’s family for never coming forward. She’s glad there may finally be some closure for the case, but is still emotionally shaken.

“I’d be having a harder time if we knew her name but we didn’t have her killer,” Rios said. “It’s disturbing that this girl went looking for help when her life was falling apart — and walked into the hands of that woman. She dropped her like garbage.”

Most considered the "Rocky Mountain Cold Case" to be just that: a cold case. But one man never gave up on it, and he played a crucial role in solving the murder of Racine native Barbara "Bobbie" Jo Oberholtzer.

This is the Racine County Jane Doe case, which went unsolved with few leads for 20 years.

Who is Linda LaRoche? A look at a suspected killer’s Facebook and past

Two Illinois residents remember Linda LaRoche as being “Christ-like” when she led a youth group they attended as teenagers. Now, their memories of her have been tainted.

Linda LaRoche, a 64-year-old retired nurse, has been charged with first-degree intentional homicide for allegedly killing Peggy Johnson in Jul…

Even with reduced staffing, Racine has 2nd most police officers per capita in the state

RACINE — Among Wisconsin’s 10 biggest cities, Racine has the most police officers per capita after Milwaukee, according to a study published b…

Top stories of 2019 — No. 2: The tragic story of Peggy Lynn Johnson-Schroeder

The identifying of Peggy Lynn Johnson-Schroeder and the arrest of her suspected murder ranked as No. 2 in The Journal Times list of top stories of 2019, as decided by the newsroom staff.

Peggy Lynn Johnson to be laid to rest Wednesday, on her birthday

A funeral for Peggy Lynn Johnson, the former Jane Doe who was found murdered in a Raymond cornfield on July 20, 1999, will be held next week, …

Peggy Lynn Johnson-Schroeder reunited with her mother and grandparents; reburied in Illinois

After her identity was unknown for 20 years, Peggy Lynn Johnson-Schroeder was reburied Wednesday at next to her mother, Diane Marie Schroeder, at Highland Garden of Memories cemetery in Belvidere, Illinois. Johnson-Schroeder's grandparents are also buried nearby. 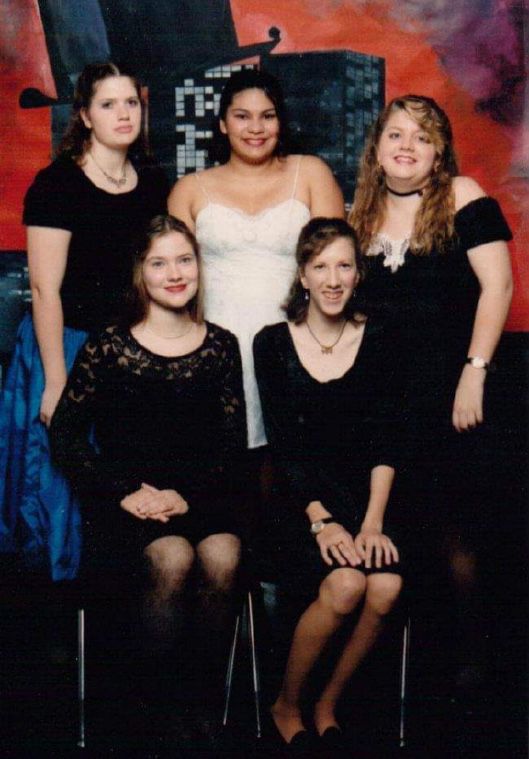 Peggy Johnson, at right in front row, smiles as she poses with friends for a photo during a homecoming dance in the fall of 1994 at Harvard High School in Harvard, Ill. 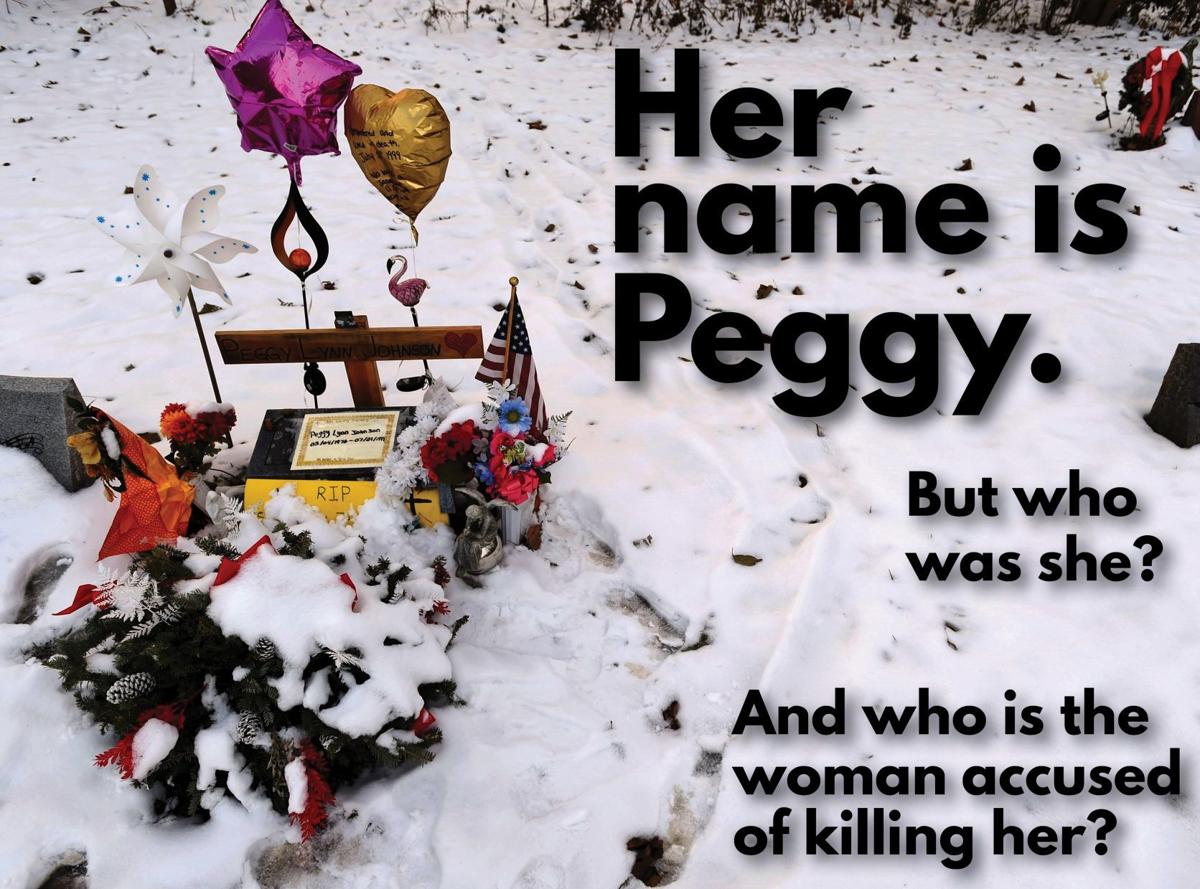 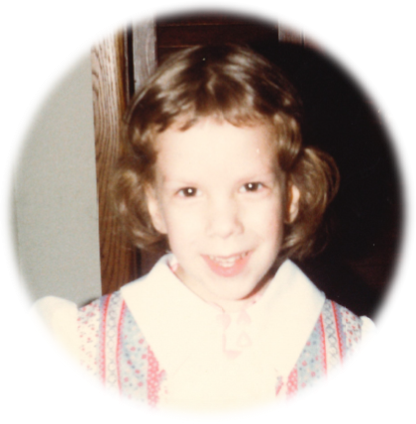 Johnson as a child 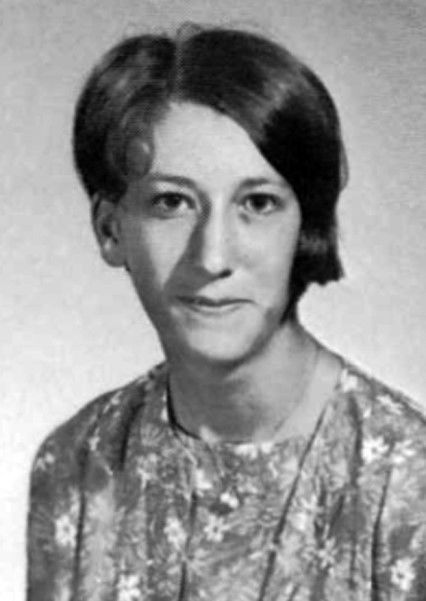