KENOSHA — Hundreds of people gathered for a vigil Monday night near where 23-year-old Keshawn Jenkins was shot to death.

Jenkins was killed just before 9 p.m. Sunday in the 5900 block of 19th Avenue in Kenosha.

Neighbors said Jenkins had been near his car outside a home when he was shot.

The person who shot him fled on foot between houses. Jenkins collapsed in a driveway and died.

A crowd of 200 to 300 people gathered Monday night at the shooting scene. They lit candles and released blue and silver balloons, and made a small memorial of photographs surrounded by candles.

According to Kenosha Police, the crowd was largely peaceful but a few became unruly, throwing bottles at police and attempting to flip a parked car.

On Tuesday, a 20-year-old Kenosha man was charged with fleeing and eluding police for a chase that began during the investigation of the homicide.

According to the criminal complaint, an officer in the area after the shooting saw a thin man in a hooded sweatshirt coming out of the garden area of Frank Elementary School and getting into the passenger side of sedan, which then sped north on 19th Avenue.

Believing the person who got into the passenger seat could be involved in the homicide investigation, the officer pursued.

The vehicle stopped on 17th Avenue near the intersection of 57th Street, but took off as an officer approached with a flashlight.

Police lost sight of the vehicle, then saw it again about 10 minutes later on 18th Avenue near 51st Place.

The vehicle stopped in the 5000 block of 17th Avenue. There was no passenger in the vehicle.

According to police, the driver said, “I only took off from you guys because I didn’t want to get shot, being a black man,” the complaint states.

Anyone with information about Jenkins’ death is asked to call the Kenosha Police Department Detective Bureau at 262-605-5203.

Those who wish to stay anonymous can contact the Kenosha Area Crime Stoppers at 262-656-7333.

One man was reportedly shot during the July 19 incident.

STURTEVANT — A Mount Pleasant man allegedly tried selling pills while on probation, then reportedly lied to police about having COVID-19.

RACINE — A Racine man allegedly assaulted staff members at Ascension All Saints Hospital, 3801 Spring St., while being treated for intoxication.

RACINE — A Racine man allegedly sexually assaulted a child under the age of 10.

Person hit in Save A Lot parking lot in serious condition

RACINE — A person who was hit in the parking lot Friday afternoon at Save A Lot on State Street was left with serious injuries, according to R…

Sturtevant man allegedly strikes pedestrian with pickup and flees; reportedly under the influence

RACINE — A Sturtevant man allegedly struck a pedestrian with his pickup while under the influence and fled the scene, prosecutors contend.

UPDATE: A judge could order vandal to pay to fix damaged grave markers at Mound Cemetery

At least 13 headstones were damaged, knocked over, cracked or destroyed last night at Mound Cemetery. 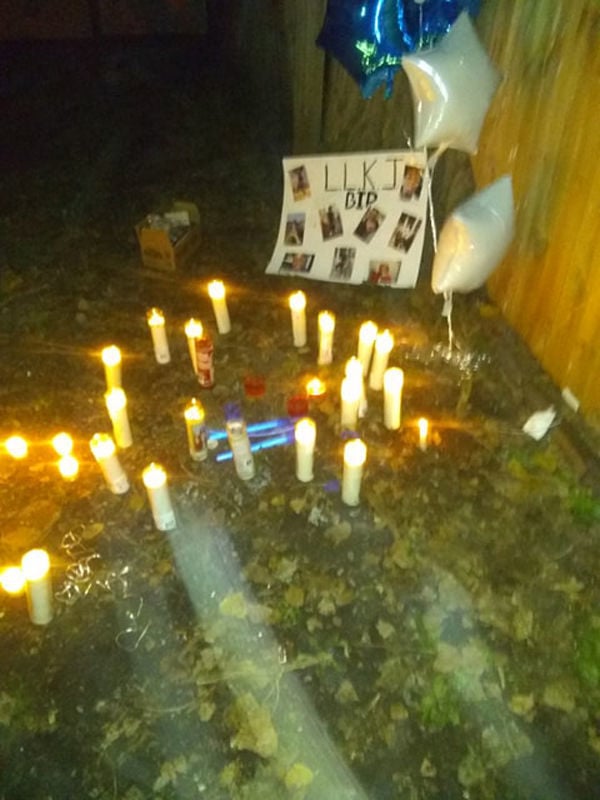 Lighted candles stand at the scene of a vigil Monday night for Keshawn Jenkins, who was shot and killed near 19th Avenue and 59th Street Sunday night.