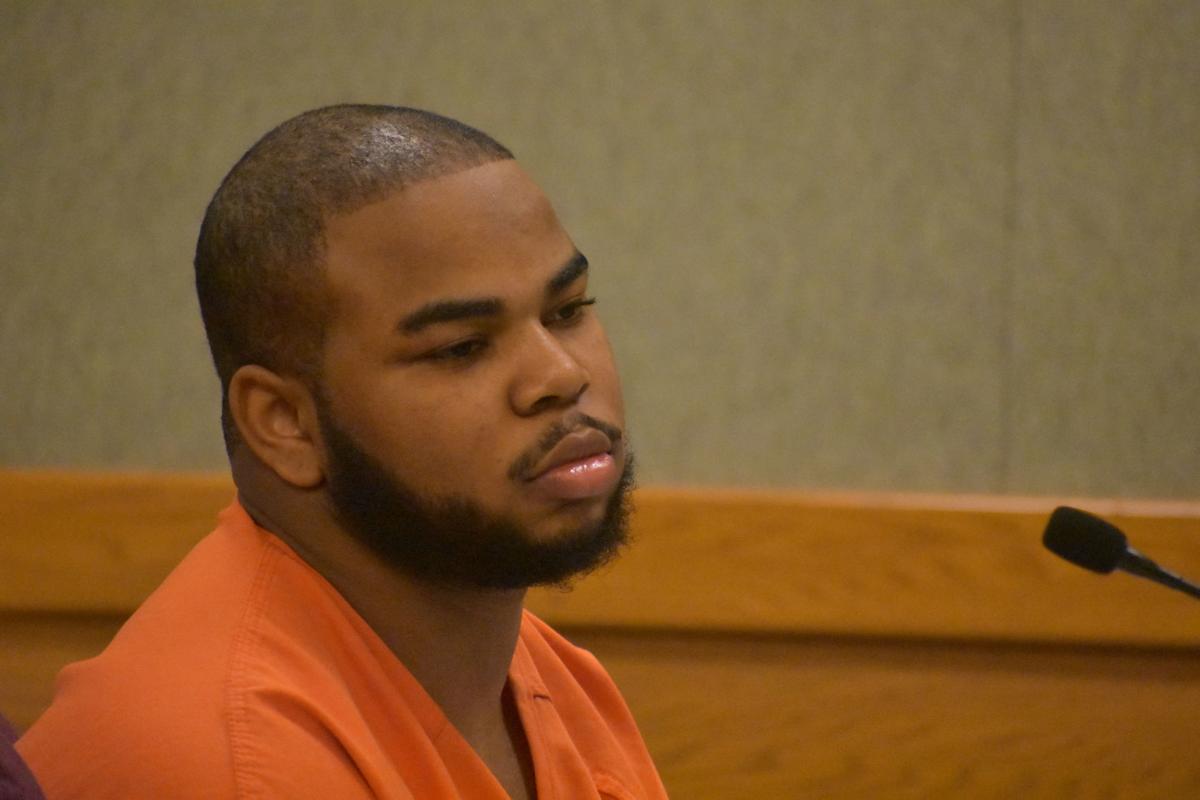 Rytrell Earl appears in court during his sentencing on Thursday at the Law Enforcement Center, 717 Wisconsin Ave. He was sentenced to 20 years in prison, 20 years extended supervision for the 2017 fatal shooting of 20-year-old Deshaun Jordan. 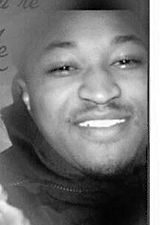 RACINE — An 18-year-old Racine man addressed the court Thursday during his sentencing hearing for the 2017 shooting death of 20-year-old Deshaun Jordan.

“I know people may view me as a monster for what happened, but I’m a human being who has a heart and understands I made a mistake,” said Rytrell Earl. “I know I have to pay for my actions, but all I ask for is forgiveness.”

At the end of the hearing, Racine County Circuit Court Judge Mark Nielsen sentenced Earl to 20 years in prison and 20 years extended supervision for the fatal shooting, acknowledging that while Earl may regret taking Jordan's life, it does not bring Jordan back.

“It makes not the slightest bit of difference given the harm you have done,” Nielsen said.

On Aug. 6, 2017, Racine Police officers responded to shots fired call in the 1600 block of Phillips Avenue. When they arrived, they found 20-year-old Jordan dead from a gunshot wound to the head.

Jordan was killed with a 45mm caliber bullet, but 9mm casings were found near his body.

Witnesses said they were walking home from a fish fry when they were met with gunfire. Another member of the group was also struck, but only Jordan was killed.

Earl, who was 17 years old at the time, told police he was with two associates that night. He said the three pulled into an alley and saw a group of six to seven males walking towards them. He believed one of the men was pulling out a gun, so he and an associate opened fire at the group.

On April 27, Earl pleaded guilty to a reduced charge of first-degree reckless homicide as a party to a crime. He had originally been charged with first-degree intentional homicide.

As part of a plea agreement, four counts of first-degree intentional homicide as party to a crime were dismissed, but were considered for sentencing purposes. Earl faced up to 60 years in prison.

Assistant District Attorney Christopher Steenrod said that while Earl said he had a chaotic childhood, it ultimately does not excuse his behavior. “It does nothing to suggest that he should not be punished for what he did,” Steenrod said.

Steenrod recommended a sentence of 20 years in prison, with an indeterminate amount of extended supervision. “Nothing Mr. Earl did on Aug. 6 is OK. Nothing,” Steenrod said. “The residents of Racine County deserve to be free from gun violence such as this.”

The defense noted that although Earl had a rough upbringing, he wants to better himself and take responsibility for his actions. Johnson recommended a sentence of 12 years in prison, with 20 years extended supervision.

“Mr. Earl has a lot of growing up to do and he must pay for his mistakes, however, he has the ability to change and come out better on the side of this story, and he has committed to do so,” said Margaret Marie Johnson, Earl's attorney.

There is some dispute as to whether the shooting was gang related. In the criminal complaint, police said Earl was a known Northside for Life member; however, Earl had only been a Racine resident for around three months before the shooting.

The complaint states Earl was in rival gang Dirty P territory at the time of the shooting, which may explain why he was so quick to shoot.

Earl's mother, Dorothy Earl, said her son was not involved in a gang, but admitted he had made poor choices.

“I can't sit here and paint a perfect picture of my son, because he is not perfect,” Dorothy Earl said. “I just wish that that night, he would have made a better choice.”

Jordan was unarmed at the time of the shooting, not known to be a gang member and had no criminal history.

“I know people may view me as a monster for what happened, but I’m a human being who has a heart and understands I made a mistake. I know I have to pay for my actions, but all I ask for is forgiveness.”

RACINE — A 17-year-old Racinian potentially faces life in prison after he was charged with the Sunday night death of Dashaun Jordan, 20, of Racine.

RACINE — Friends and family of 20-year-old Dashaun Jordan, shot to death early Monday in a case of mistaken identity, have returned to the all…

RACINE — As the investigation into the shooting death of 20-year-old Dashaun Jordan continues, another arrest related to the case was made Mon…

RACINE — Balloons, T-shirts and inscriptions on the wall near where Dashaun Jordan was fatally shot all bore the same message Sunday night: “L…

RACINE — A second Racine man has been arrested and charged in the shooting death of Dashaun Jordan, who died Aug. 6 in the alley near the 1600…

RACINE — A jury found 24-year-old Jonathan W. Bell guilty Wednesday on all charges, including first-degree intentional homicide, for the killi…

Rytrell Earl appears in court during his sentencing on Thursday at the Law Enforcement Center, 717 Wisconsin Ave. He was sentenced to 20 years in prison, 20 years extended supervision for the 2017 fatal shooting of 20-year-old Deshaun Jordan.