RACINE — Prosecutors say Christopher Webster was complicit in the armed robbery that ended in the shooting death of Jose Angel Padilla on May 22, 2019. Webster’s defense team says he was a “peacemaker” who got caught in the middle of a robbery plot in which he was not actively involved.

Webster, 20, of Racine, is charged with first-degree intentional homicide as a party to a crime for the role he allegedly played in the attempted armed robbery that resulted in Angel Padilla’s death.

Tuesday was the first day of Webster’s jury trial, presided over by Circuit Court Judge Robert S. Repischak on the second floor of the Racine County Courthouse. The trial is scheduled to continue through Thursday.

In their opening statements, both the prosecution and defense agreed that just after 8 p.m. on May 22, 2019, Deshawn D. Ellison, 18, of Racine, shot Angel Padilla, a 2018 Case High graduate, using a shotgun. The fatal shooting took place at Webster’s residence in the 1200 block of Center Street.

Ellison also is charged in the shooting with first-degree intentional homicide with the use of a dangerous weapon. His case is set to go to jury trial on Oct. 5.

Angel Padilla, who was 19 at the time of his death, had gone to Webster’s house with a mutual friend, Edgar Martinez. Martinez and Angel Padilla thought they were meeting with Webster to smoke marijuana. Martinez also planned to pay Webster $5 that Martinez owed him for a charging cord he had borrowed but had not returned.

Martinez, a witness for the defense, was the one who called 911 just after Angel Padilla was shot.

Prosecutor Diane M. Donohoo acknowledged that Webster was not the shooter, and did not set out on May 22 to kill Angel Padilla. But she argued that he did take part in the planning and set up for the robbery, when he invited Martinez and Angel Padilla over to his house and let the shooter and his alleged accomplice know that the two victims were coming and that they likely would not be armed.

Defense attorney Mindy M. Nolan said that on May 22, 2019 “all of the trouble he’d (Webster) tried to avoid all of his life came to his house.”

She described him someone who had been witness to some unpleasant things, such as robberies, and learned that it was best to keep his head down and mind his own business.

“He prided himself on being a peacemaker,” Nolan said.

Nolan claims that on the day of the shooting, Webster had plans to smoke marijuana with both Martinez and Ellison and did not know about the robbery plan until Ellison and his alleged accomplice arrived at his house with a shotgun.

“Chris had just wanted to smoke after school, but Deshawn had other plans,” Nolan said.

Webster soon realized, Nolan said, that Ellison planned to rob someone and he worried for the safety of his younger brother upstairs.

“Chris had not seen Deshawn act like this before and he didn’t know what to do,” Nolan said.

Donohoo said there was plentiful evidence of Webster’s involvement in the planning of the crime in his Facebook messages, while Nolan argued that the messages, full of slang, were open to interpretation.

At 7:52 p.m. on May 22, Martinez and Angel Padilla arrived at Webster’s house, where Ellison and the other person were allegedly already upstairs, armed with the shotgun and lying in wait. Webster opened the door and they all went to the basement.

During this time Ellison texted Webster several times, asking if the two victims were armed and if he was “ready.”

It was during these few minutes that Nolan said Webster stalled, trying to figure a way out of the situation.

This was when Martinez decided it was time to leave.

As Martinez and Angel Padilla reached the landing at the top of the basement stairs, Ellison opened the kitchen door and confronted them with the shotgun. The two turned to run.

Martinez called 911 at 8:10 p.m., roughly one minute after Angel Padilla was shot. When emergency personnel responded two minutes later, Angel Padilla was lying on the ground with his feet still inside the doorway.

Ellison, the other accomplice and Webster allegedly fled the scene immediately following the shooting.

“This defendant could not get away fast enough,” Donohoo said. “He ran and hid from police for nearly a week.”

The prosecutor asked that the jury, after they have heard all the evidence, to hold Webster accountable and find him guilty for the part he played in Angel Padilla’s death. The defense, calling Webster a “normal kid” who had his dreams of getting out of Racine to play football sidetracked by injuries, asked them to find him not guilty.

Sept. 15: The Journal Times pages from the past

Christopher Webster, 20, of Racine, is charged with first-degree intentional homicide as a party to a crime for the role he allegedly played in the attempted armed robbery that resulted in Angel Padilla’s death.

Tuesday was the first day of Webster’s jury trial. The trial is scheduled to continue through Thursday.

RACINE — Christopher Webster took the stand Friday afternoon in his first-degree intentional homicide trial, claiming that he was in no way in… 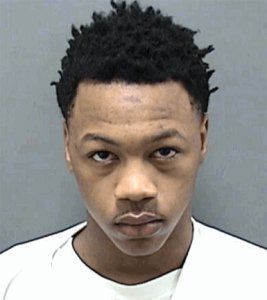