RACINE — Two teenagers have been detained and one of them, a 15-year-old, is charged with attempted first-degree intentional homicide in connection to a shooting Wednesday near Park High School — an incident that led the school to be placed on lockdown twice that day.

Eric G. Otto Jr., 17, of the 3300 block of Spring Street in Mount Pleasant, and Adam B. Herring, 15, of the 1200 block of Ninth Street in Racine, were arrested Wednesday. Herring was charged Friday with attempted first-degree intentional homicide — a felony — and Herring and Otto were charged with felony counts of possession of a firearm on school grounds. Both are charged as adults.

A Park student was at the Tyler-Domer Community Center, 2301 12th St., when he was approached by four males and assaulted. The victim reported to police that he was punched, kicked and “pistol whipped.”

The student then called his father and told him what happened. When the father showed up at the center, the four males were still in the area and one of them pulled a gun and pointed it at him. The father yelled at the four suspects and they walked toward Park, onto school grounds, and then left toward a nearby alley.

The father called police on his cell phone and followed the four males to see where they were going. The father peeked into the alley and one of the males pointed a gun at him and fired six to seven shots.

According to the complaint, Herring was the person who fired the shots.

Racine Police officers were dispatched at 12:05 p.m. to the area of 12th Street and Linden Avenue for reports of gunshots. Around that time, Park was put under a “soft” lockdown, which means students were told to take shelter in place, according to Racine Unified spokeswoman Stacy Tapp. The lockdown was lifted less than an hour later.

Police apprehended the four male suspects, who all admitted to the assault, but each denied having a weapon. However, .22 caliber casings were recovered in the alley where the father reported being shot at.

The father showed police where the suspect fired the gun and was advised by police “that there was a bullet hole in the garage right by where (the father’s) head was.”

Otto had an orange backpack, described by the victims, which was found on a chairlift in front of a home on the 1000 block of Birch Street.

After the males were apprehended by police, Otto reportedly yelled multiple times at Herring to grab his backpack and call his mom. Officers yelled at Herring not to take anything that belonged to Otto.

An officer picked up the backpack and opened the front large zip pocket and immediately found a black handgun, a .380 automatic Colt pistol; the magazine was inserted but not fully locked in.

According to the complaint:

Otto provided police with his phone code and on the phone investigators found a Facebook Messenger conversation from Feb. 1 in which Otto reportedly asks a male subject for “a box,” referring to a firearm. The male responds with “OK. 380. Today or tomorrow. Not sure tho. I may not even come down this weekend. A lot of bs.”

On Feb. 2, the other male told Otto he was in town. Later that evening, Otto sent the respondent a message asking if he could get some “shells today,” referring to bullets, and then specifies “a cheap box. I can’t be out here wit a empty gun.”

The male responds “I got u,” meaning he understood Otto’s request.

It appears to investigators that Otto did not get the bullets until Monday, when the other male told Otto to come after school. He tells Otto, “I’m at the store now. I’ll bring it to u. Just come out when I get there.”

Otto replied “Ok.” Then the male replied “Outside.”

Herring has a preliminary hearing scheduled for Feb. 14 and if convicted could face up to 40 years in prison. He was being held as of Friday on $50,000 cash bond.

Otto also has a preliminary hearing scheduled for Thursday, and if convicted he could face up to 18 months in prison. He is being held on $20,000 cash bond.

Shortly after 5 p.m. Wednesday, a Park High staff member called 911 to report what they thought were gunshots, Tapp said, but police later determined that the sounds had come from a piece of machinery in a classroom.

At about 5:10 p.m., a lockdown was in place and police began a search within the school, according to police radio reports. Officers also formed a perimeter around the school, many of them carrying tactical firearms, and nobody other than law enforcement was allowed in or out of the building.

More than 50 students, staff and parents were inside the school when the lockdown began, many of them preparing for two basketball games (one girls and one boys) scheduled for that night, while others had been at swim practice. Both basketball games were postponed as a result of the lockdown.

At about 6:10 p.m., the shutdown ended and those who had been inside the school were released. 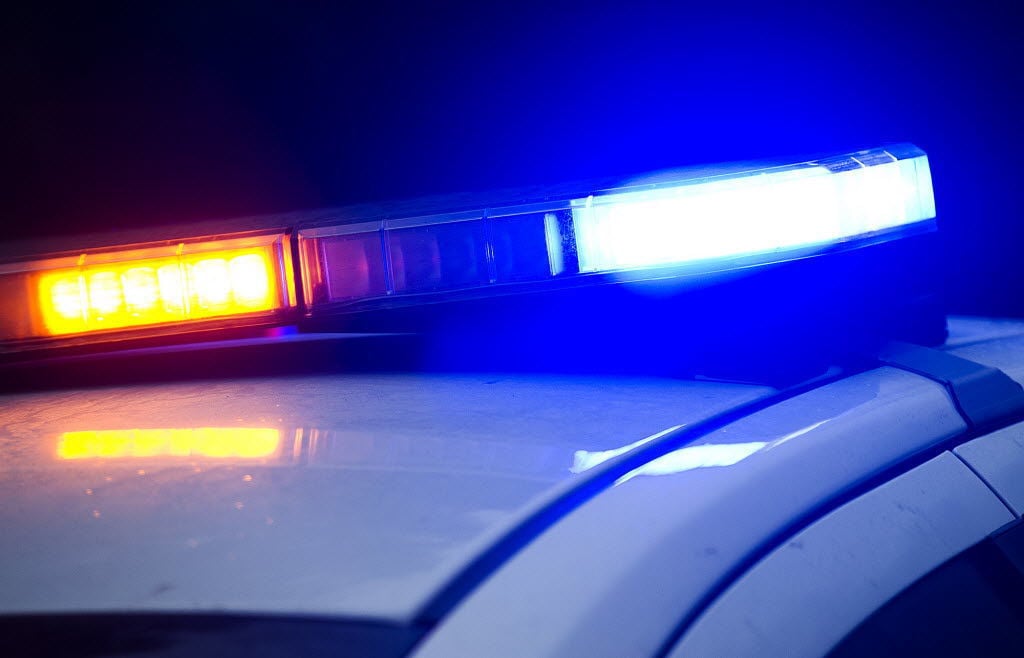