“We are here today because six families lost their loved ones,” Milwaukee Police Chief Alfonso Morales said during a Thursday afternoon press conference.

Molson Coors CEO Gavin D. Hattersley said, “They were part of the fabric of our company and our community and we will miss them terribly.”

“Let us put our arms around these grieving families,” Milwaukee Mayor Tom Barrett said. “They have gone through something no one ever wants to go through ... an unbelievable loss of life.”

Anthony Ferrill, a 51-year-old electrician who had been working at Molson Coors for more than 15 years, has been identified by police as the man who killed Valle, Levshetz, Wetselaar, Walk and Hudson.

Milwaukee Police Chief confirms six are dead, including the shooter, at Molson Coors

Barrett declined to comment on the rumor circulating on social media that Ferrill had been facing racial discrimination at work preceding Wednesday’s attack; Barrett added that the investigation was ongoing.

The Journal Sentinel reported that Ferrill did not get along well with coworkers, but that Ferrill had not been recently fired as other media outlets had reported; Molson Coors (previously known as MillerCoors) confirmed that Ferrill was an “active” employee at the facility when the shooting occurred.

It was the first mass killing in the U.S. in 2020, according to The Washington Post, and it was the 11th mass shooting in the past 16 years in Wisconsin, according to Lt. Gov. Mandela Barnes — Wisconsin’s deadliest since August 2012 when white supremacist Wade Michael Page fatally shot six people and wounded four others at a Sikh temple in Oak Creek before eventually shooting himself after being wounded by police.

Court records also show that Ferrill was one of several people who sued MillerCoors LLC Health Benefits Program and its insurer in 2015 in a civil contract case.

In 2016, he was also cited in Racine County for a traffic forfeiture.

On Thursday, police searched a home on Milwaukee’s north side, surrounding it in crime scene tape, as part of the ongoing investigation.

“Everyone was pretty calm.”

Mohr doesn’t work for Molson Coors, but was delivering water on-site for Premium Waters, Inc. at around 2 p.m. Wednesday when the shooting started.

“I was just going about my day normally,” said Mohr, a Racine native and Caledonia resident whose mom, Loreen Mohr, works at The Journal Times.

He was in the process of using a forklift to get a pallet of water bottles off of his truck when “All of a sudden there were 20 cops coming through that door with assault rifles.”

Considering the number of police officers arriving suddenly, and the armor they were packing, Mohr quickly surmised it was an active shooter situation even though he had not heard any gun shots; some media reports indicate Ferrill was using a silencer on his firearm.

RACINE — For the first time, a local school may be allowed to broadcast an emergency message to immediately alert law enforcement of an active…

Police didn’t immediately tell Mohr that anyone had been shot — “There’s a guy with a gun. Get to the safest spot possible,” they told Mohr.

“I figured it has to be a shooting or something,” he said.

Police ordered all of the staff to the westernmost point of the brewery campus, the tourist center, where employees waited for the all clear.

Most everyone was calm in the tourist center, Mohr said, except for one woman who appeared frantic and distraught. Mohr said he believed the woman “had actually seen someone get shot. She was crying. Besides her, everyone was pretty calm and taking direction.”

They were later released, but had to sign a form with name, address and contact information first. Mohr said he believed this was ordered by law enforcement, to get a record of everyone who had been on campus.

Over the past 24 hours, Mohr has spent his time talking to loved ones, letting them know what he went through and that he’s OK.

“It was a crazy experience. Something you don’t want to have to face, he said. “I just feel very fortunate and I am thinking a lot about the families of the victims. (I feel) just sad more than anything.”

Thursday morning, Mohr and his supervisor at work returned to the campus to pick up the truck Mohr had left behind — it was within the perimeter police had set up and thus wasn’t able to be removed from the area the day of the shooting.

Officers worked for hours Wednesday afternoon and night to clear the more than 20 buildings in the complex where more than 1,000 people work. Police announced at a late evening news conference that that work was completed and all employees had been allowed to go home.

The brewery is scheduled to remain closed “for the time being,” the company announced. A Molson Coors conference in Texas that the company’s CEO had been attending ended early Wednesday as a result of the shooting.

Molson Coors’ employee’s union, Brewery Workers Local 9 UAW, announced that grief counselors would be made available to those affected on Thursday. It also reminded members that 24/7 support was available.

Other Milwaukee organizations have shown their support for survivors of the shooting, such as the Brew City Brand printing “Miller strong” t-shirts, and multiple restaurants and shops offering free or discounted services to Molson Coors employees.

In a statement, state Rep. Van Wanggaard, R-Racine, said “MolsonCoors and Miller Brewing are not just Milwaukee companies, they are woven into the fabric of Wisconsin. Please remember not just those that lost their lives and loved ones today, but also the thousands of employees who are impacted by today’s events.

“Today and coming days should be focused on the victims and healing while we learn the facts of today’s events.”

Among those who took to Twitter in the five hours following the shooting were Nancy Pelosi, Pete Buttigieg, one of Morson Coors' biggest competitors, Martin Luther King III and Clay Aiken.

A woman who lived next to the alleged shooter, Anthony Ferrill, described him as a nice guy and helpful neighbor who enjoyed building guns with mail-order parts. 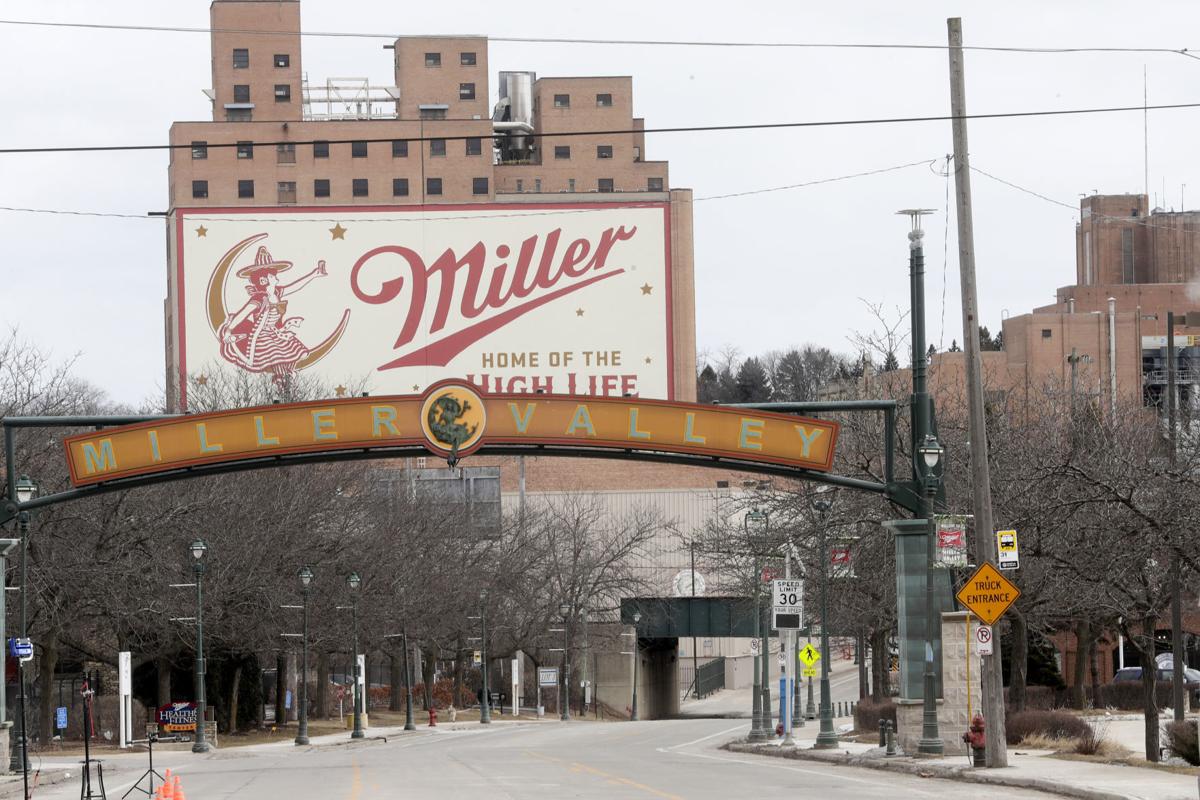 Police are seen outside of a house near West Potomac and West Courtland avenues after a shooting at Molson Coors on Wednesday in Milwaukee.