RACINE — An early morning drug bust on the north side of Racine Wednesday reportedly uncovered nearly 30 grams of heroin, cocaine and MDMA, as well as a loaded handgun, according to the Racine County Sheriff’s Office.

Authorities learned that the suspect at the residence — 31-year-old Jonathan Harris — is allegedly a gang member and was involved in the sales of crack cocaine and heroin.

Agents obtained a search warrant. Before a K-9 handler brought the K-9 into the residence to help with the search, the handler asked the occupants if there were any drugs, such as fentanyl in the residence, which would harm the K-9, something routinely asked during drug searches.

When asked, the Sheriff’s Office said that Harris replied, “(Expletive) you and your dog, I don’t give a (expletive) if the dog dies.”

A records check of the serial number on the handgun revealed it was stolen out of Kenosha County.

Harris is a convicted felon and on state probation for felony fleeing and eluding. He also has felony warrants from probation parole for absconding since October 2018 and a felony warrant for uttering from Kenosha County. His last known address is in Kenosha, online court records show.

Harris was arrested and transported to the Racine County Jail where he was being held as of Wednesday on pending charges of keeping a drug place, possession with intent to deliver cocaine and heroin, possession of a firearm by a felon, possession of a stolen firearm and drug paraphernalia as a repeat drug offender.

Vernon L Walker, also known as Vaughntille Walker, 5000 block of 14th Avenue, Kenosha, manufacture/deliver cocaine (less than or equal to 1 gram, possession with intent to deliver/distribute a controlled substance on or near a park), maintaining a drug trafficking place.

Jacob A Johnson, Lyons, Wisconsin, operating a motor vehicle while under the influence, possession of drug paraphernalia, misdemeanor bail jumping.

The investigation into Knuth was sparked by one of the victims reporting the inappropriate touching to the school resource officer at Union Grove High School.

RACINE — A 16-year-old boy was arrested Tuesday after reportedly crashing a stolen car into two vehicles while attempting to flee a traffic stop.

The victim of the alleged robbery stated that he had been spending time with one of the suspects earlier in the day and had loaned him his vehicle to run some errands.

A fight that broke out at a Kenosha tavern after the Green Bay Packers’ win ended with gunfire.

UPDATE: Man arrested in alleged enticement of Burlington teen bonds out of jail, no charges yet

The suspect's vehicle, a 2020 Chevrolet Spark, was identified in part thanks to community tips and an eyewitness who reached out to the Sheriff's Office after a photo of the vehicle was released Wednesday afternoon. 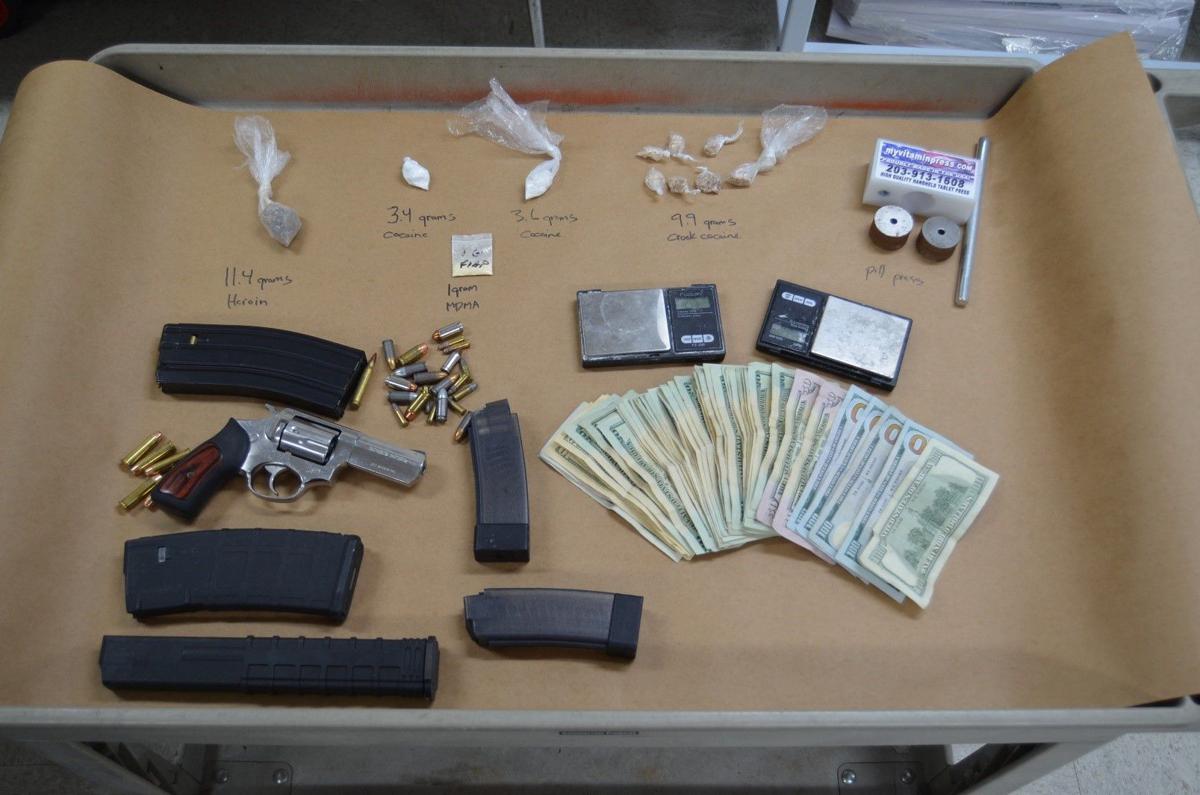 During a search on Wednesday at a residence in the 1800 block of Douglas Avenue in Racine, investigators reported finding 11.4 grams of heroin, 9.9 grams of crack cocaine packaged in seven separate bag corners, 6.9 grams of powder cocaine, 1 gram of MDMA, a loaded handgun, more gun magazines for different caliber guns, two digital scales, cell phone, a pill press, a fake California identification card and $1,346. Jonathan Harris, 31, of Kenosha, was subsequently arrested and taken to the Racine County Jail to await charges.