RACINE — A deal may be in the works in the case of a Racine man accused of shooting his live-in girlfriend in the head after an argument in August.

The case against David S. Cunningham Jr., 29, was originally slated to go before a jury on June 2. But during a hearing Friday the trial was removed from the court calendar.

According to online court records, an offer has been made in the case that is currently being discussed.

Cunningham is charged with attempted intentional homicide with the use of a dangerous weapon and with domestic abuse assessments, and possession of a firearm by a felon.

As of Friday, Cunningham remained in the Racine County Jail on a $250,000 cash bond, online court records show.

A status conference is scheduled for June 23 at the Racine County Law Enforcement Center, 717 Wisconsin Ave.

Cunningham was at his residence in the 3000 block of Bate Street on Aug. 18 with his girlfriend and their two friends. They were reportedly drinking heavily when Cunningham and his girlfriend, a 34-year-old Racine woman, got into an argument, according to the complaint.

Cunningham and his girlfriend took the argument to another room while the two friends played video games. Shortly after, Cunningham and the woman came out of the room, both wielding guns. They went to the kitchen and the friends reportedly heard a gunshot from the other room.

“No baby, get up!” Cunningham reportedly said. “Wake up!”

The friends came into the kitchen and saw Cunningham starting to cradle the girlfriend. He reportedly yelled at the friends, “Get the (expletive) out!”

Cunningham told police that someone else had come in the residence, shot the woman and fled. One of the friends said she was “positive” no one else was in the house at the time of the shooting.

After the incident, police initially said the woman had a “50-50 chance of survival” after she was eventually airlifted to a regional hospital by Flight for Life. The woman survived.

RACINE — The man accused in the Sunday shooting on Bate Street shot his girlfriend in the head with a revolver after an argument, according to… 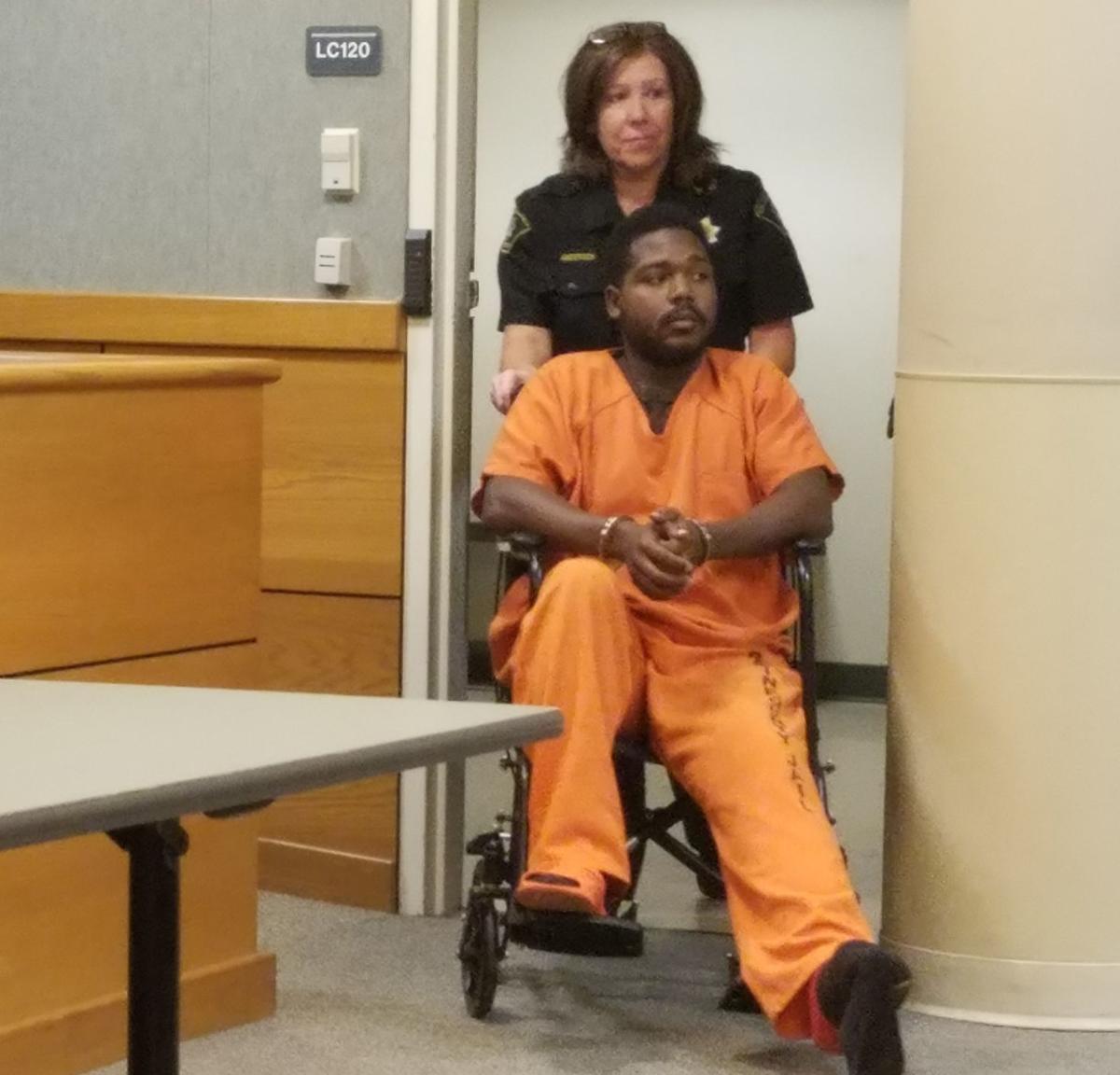 David S. Cunningham Jr. is wheeled into court on Aug. 29 for his preliminary hearing at the Law Enforcement Center, 717 Wisconsin Ave. Cunningham is charged with first-degree attempted intentional homicide and possession of a firearm by a felon after allegedly shooting his girlfriend in the head during an altercation on Aug. 18 of last year.