RACINE — Jeremy Marquez was sentenced to 13 years in prison and 10 years of extended supervision on Tuesday for his role in his infant son’s 2019 death.

Arkaydin Howard was 3 months old on Feb. 22, 2019, when Marquez, who was charged with his care for the day, was accused of causing his death.

Brittney Struebing, Arkaydin’s mother, was in attendance of the sentencing, along with her mother, who addressed the court.

“You take away a life, you shouldn’t have a life. But, we can’t control that. I’m just asking you please give him as much time as possible,” Struebing’s mom said through tears. “We are affected by this the rest of our life and he should too.”

After Arkaydin died, Struebing made the decision to allow his organs to be donated. His heart saved the life of Peter Hernandez in Silica, Kansas, who is now a healthy 3-year-old. Earlier this year, Struebing was able to meet the Hernandez family.

Two families, one heart: How the tragic death of a baby in Racine saved the life of another in Kansas

Defense: ‘Marquez is not a monster’

“We all knew, and he knew, you don’t shake a baby,” lead prosecutor Diane Donohoo said. “There is no excuse.” She noted that the home smelled of marijuana when the baby died.

The prosecution reminded the court of Marquez’s record which, though short, points to an issue with drug use. Upon arrival on Feb. 22, 2019, investigators said the home smelled of marijuana.

Prosecuting attorney Diane Donohoo also pointed to investigators’ recollection of arriving to the scene: Marquez handed Arkaydin over “as if ridding himself of any obligation to help save his child’s life.”

The prosecution recommended a sentencing of 16 years in prison.

“I counted the days; Arkaydin was alive for 16 weeks and we are recommending 16 years of initial confinement,” Donohoo said. “The state submits that that is the minimum that will adequately protect the public and give this defendant an opportunity to make meaningful rehabilitation — he’s not there yet. I don’t know that jail has humbled him. He is perhaps fearful of what this court is going to do today, but he deserves what he is about to get.”

Defense attorney Adrienne Moore, of the State Office of the Public Defender, maintained Marquez’ character, stating that throughout the trial Marquez did not once show any anger, only what she described as “sheer agony.” She said he attempted to take his own life while in jail.

“Jeremy Marquez is not a monster,” she said.

Moore added that the court couldn’t do or say more to Marquez than he has already has to himself.

“I wish I wasn’t under the influence at the time. Maybe I would have reacted better,” Marquez said tearfully. “Maybe I would have been more attentive to my son’s care. I wish it had never happened and I am —” he paused, seemingly overwhelmed — “truly sorry.”

Racine County Circuit Court Judge Robert Repischak emphasized that the case was no longer about the debate in the medical community about a possible illness versus being shaken, whether it was a botched attempt at CPR or getting vengeance.

The jury had already decided that while Marquez did not mean to do so, he had caused his son’s death. Repischak said he believed it was the correct verdict and that Marquez had “manhandled” his son.

“This is a tragic, tragic event,” Repischak said. “No prison time is going to bring back your child. You’re going to have to live with the fact that you ended your child’s life.”

Racine County's best 33 photos of 2021: From vaccines to basketball to prom

Voting: 'It's an obligation'

Cooling down at the Splashpad

Protesting in the school

Deported and back again 2

"You're going to have to live with the fact that you ended your child's life."

Shaken to death? Or death from disease? Racine jury seated Monday to decide in case of baby's 2019 death

“The state’s experts jumped to a conclusion,” argues one of the attorneys defending Jeremy Marquez, 27. 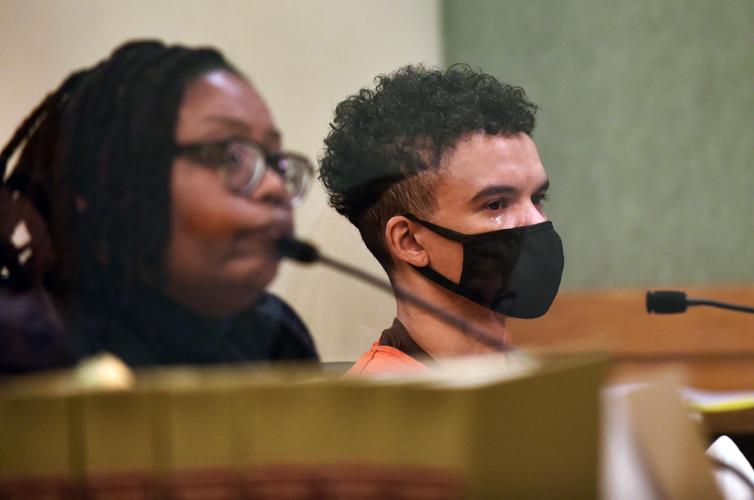 Jeremy Marquez sheds tears during his sentencing Tuesday. He was sentenced to 13 years imprisonment and 10 years of extended supervision for his role in the death of his infant son, Arkaydin Howard. 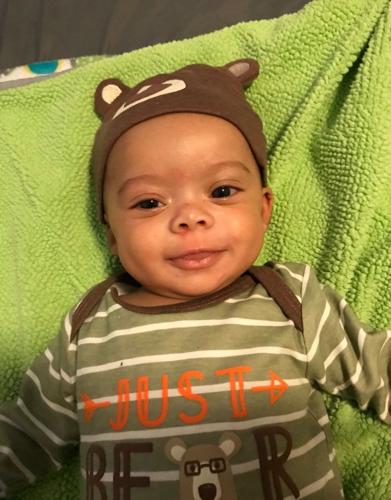 Arkaydin Howard died when he was 3 months old. His father, Jeremy Marquez, has been found guilty of second-degree reckless homicide in his death.