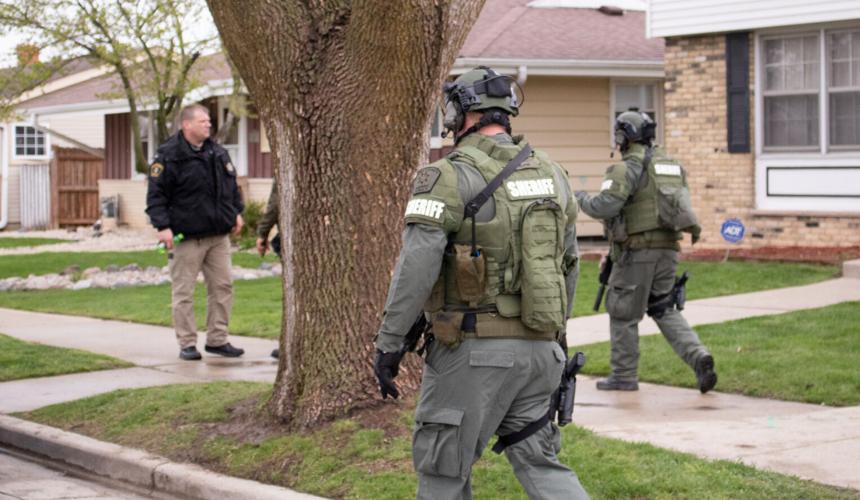 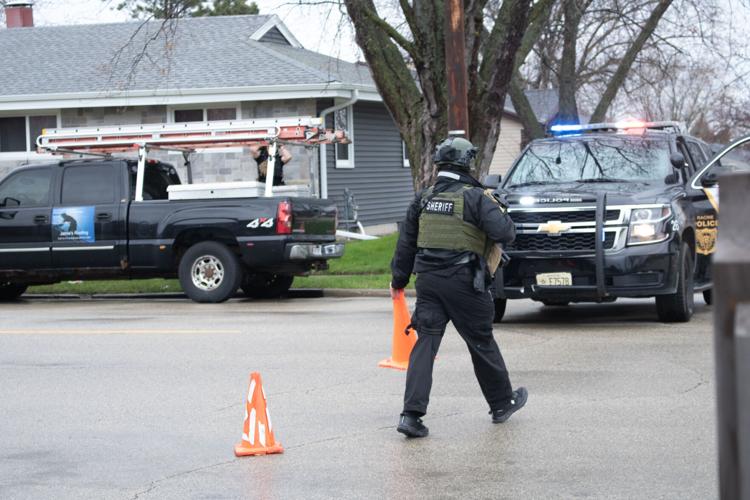 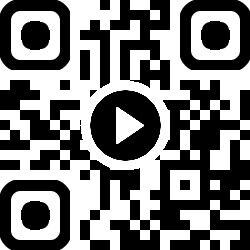 WATCH: To see a video of Shadaun Marks as he is led out of the Byrd Avenue apartment building he allegedly barricaded himself in May 6, scan this QR code and follow the link

RACINE — An alleged Racine drug dealer is accused of selling fentanyl as well as breaking into a home and stealing $11,900 in cash.

The suspect is the man who was arrested following a five-hour standoff with law enforcement at the corner of Byrd and Perry avenues on Friday, May 6.

Shadaun J. Marks, 26, whose address is listed as being on the 1800 block of Woodland Avenue, was charged with three felony counts of delivery/distribution of schedule I or II narcotics and felony counts of imitation of a controlled substance, failure to comply with officer’s attempt to take a person into custody, criminal damage to property, burglary of a building or dwelling, theft of movable property between $10,000-$100,000, possession of a firearm by a felon, possession with intent to deliver cocaine between 5-15 grams, possession with intent to deliver/distribute fentanyl between 10-50 grams, possession of marijuana and maintaining a drug trafficking place.

During the standoff, Marks allegedly broke through an apartment’s ceiling and hid in the attic, which led to other residents of the apartment at 4918 Byrd Ave. being displaced for two weeks.

In late winter and early spring 2022, a confidential informant met with Marks and bought 2.6 grams of fentanyl as well as 0.5 grams of another counterfeit controlled substance.

At 9:30 a.m. on May 6, Racine Metro Drug Unit Agents along with the U.S. Marshalls responded to the 4900 block of Byrd Ave. in order to take Marks into custody.

When a U.S. Marshall knocked on the door, an investigator saw him looking out the open window on the second floor and then retreating inside the apartment. He refused to comply with orders to exit the residence and a standoff ensued for hours with the RASO SWAT team called in to assist.

Residents of the building and neighboring residents were evacuated.

Once a search was conducted inside the home, it was determined that Marks had broken through the ceiling and was hiding in the attic. He was taken into custody at 1:39 p.m.

It was learned he broke through the ceiling in several places.

There was insulation all over the second floor, and Marks stole around $11,900 in cash from the residence.

During the search, an agent found a backpack that had a gun, a digital scale, and 12.2 grams of crack and fentanyl; 1.8 grams of marijuana was also found.

Due to the damage caused by Marks, the tenants who lived in the apartment were displaced for around two weeks for repairs.

No injuries were reported during the May 6 “critical incident,” although the suspect was taken to be medically cleared after being arrested, the Racine County Sheriff’s Office reported.

The RCSO reported after the arrest that “Marks was wanted for a parole violation for a burglary conviction in Wisconsin and a failure to appear on a charge of possession of methamphetamine from Indiana. Marks has a history of fleeing law enforcement and being in possession of firearms.”

Marks was given a $50,000 cash bond in Racine County Circuit Court on Tuesday. A preliminary hearing is on May 26 at the Racine County Law Enforcement Center, 717 Wisconsin Ave., online court records show.

15+ photos and videos from Friday's critical incident in Racine

Clinton Lester Werlein II, 32, was sentenced on Friday to 30 years in prison.

RACINE — A 54-year-old man allegedly punched an emergency room worker who was assisting him into a wheelchair.

The suspect said he is innocent, according to a criminal complaint.

RACINE — A 17-year-old boy has been accused of breaking into a home at gunpoint and stealing a gun and a video game player.

Another of the nine suspects accused of being involved in a reported fraud ring, which allegedly defrauded Mount Pleasant-based Educators Credit Union out of more, than $30,000 has been arrested and charged.

WATCH: To see a video of Shadaun Marks as he is led out of the Byrd Avenue apartment building he allegedly barricaded himself in May 6, scan this QR code and follow the link 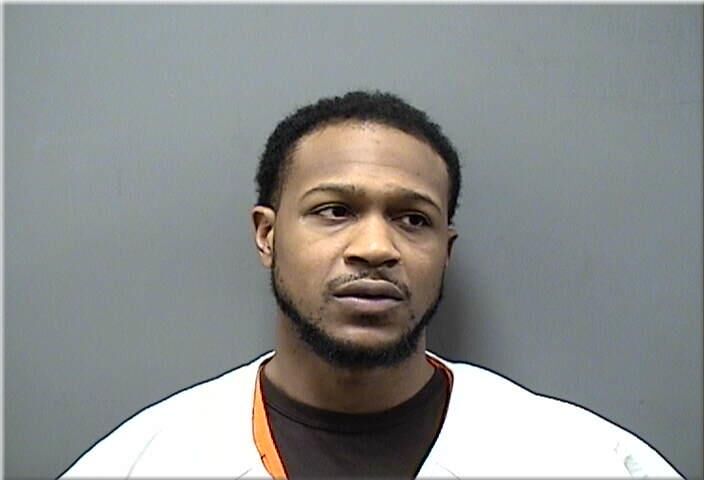