RACINE — The man charged in a 2000 homicide of a Milwaukee mother now has his fate in the hands of the jury.

Miguel Cruz, 41, is charged with first-degree intentional homicide with use of a dangerous weapon for the murder of Juanita Zdroik, who was 39 at the time of her death.

Cruz denied any involvement and told the jury that he did not know and had never heard of Zdroik before his 2017 arrest for her murder.

Three men allegedly with knowledge of the murder took the stand in the case: Two to say Cruz was the killer, and Cruz to claim he wasn't.

Zdroik was found by the side of the road in rural Racine County near the town of Raymond on Feb. 7, 2000. An autopsy determined she died from a single gunshot to the head.

Investigators linked her murder to the murder of a father and son, Lamont Cole and Samuel Burns, who were found shot to death in an alley of the 3500 block of North 10th Street in Milwaukee that same day.

Initially, investigators believed the cases were linked because the car Zdroik had been driving was found torched near the double homicide.

In August 2000, blood from Zdroik’s clothing was identified as that of Lamont Cole — confirming for investigators the two murders were linked.

But, at the time, were no substantive leads for the three murders.

A retired investigator told the jury the case was investigated until all the leads “basically dried up.”

The case was cold for 10 years.

In 2010, a man in custody looking to make a deal for a reduced sentence, told investigators he had information on the three murders.

Hernandez and Burgos ultimately told investigators that Zdroik was murdered because she witnessed the murder of Cole and Burns. Hernandez and eventually Burgos identified Cruz as the person who shot Zdroik by the side of the road in rural Racine County.

All the people involved were known to be part of Milwaukee’s South Side drug scene, selling crack cocaine.

Hernandez, Burgos, and Cruz all took the stand. Hernandez and Burgos to recount the murder of Zdroik, and Cruz to deny the accusation.

Hernandez and Burgos were just teenagers at the time of the murder. Hernandez was 16 years old and Burgos 19 years old. Hernandez told the court he sold crack cocaine for Cruz, who was then just 22 years old.

Hernandez and Burgos did not know each other well. Their only connection was Cruz, according to testimony.

Burgos and the defendant stopped to pick up Hernandez before traveling on to the scene of the murder of the father and son.

According to Hernandez, the murder occurred in an ally behind the house where the father of Jose Sanchez and Burgos lived.

The four of them — Hernandez, Burgos, Cruz, and Zdroik — drove south in a minivan.

As they left, Hernandez said Burgos threw a lighter into the car Zdroik was driving. At a certain point, Burgos left the highway and turned onto County Highway K.

Burgos pulled over to the side of the road. Cruz exited the vehicle, opened Zdroik’s door and wrestled her out of the car.

Once she was out of the car, Hernandez said, Cruz wrapped his arm around her neck, put a gun to her head, and shot her.

Hernandez was not sure whether the gun was fired once or twice.

“What I heard was a loud noise and I saw Miguel’s face splattered with blood,” Hernandez said. “I knew she was dead.”

They left Zdroik by the side of the road where she was found the next morning.

When asked what he was thinking at the time, Hernandez said, “I was like, frozen, thinking that could happen to me.”

Allegedly, as they drove away, Cruz said, “That’s what happens to snitches.”

Hernandez got the message, and it would be 10 years before Hernandez started talking about what happened that night to investigators.

He intimated the murder of father and son, Cole and Burns, was a hit. He claimed he saw Cruz make a telephone call and during the course of the call he said, “Everything was taken care of.”

Burgos, too, identified Cruz as the person who shot Zdroik.

He claimed he did not know he was driving Zdroik to be murdered because Cruz said they were going to Chicago.

“As soon as I stopped, I knew something bad was going to happen,” Cruz said.

Burgos said Cruz took Zdroik out of the car by her hair. He said the murder happened fast, that he tried not to look, and was in shock.

Differences in the testimony

Although the basic narrative told by the two men was the same, including location and the action of Cruz, there were differences in the testimony of the two men that the defense used to question the credibility of the two witnesses.

For example, Hernandez said on the trip out of town, Zdroik sat in the front seat and Cruz sat in the back with him.

Burgos, in contrast, said Cruz sat in the front passenger seat and Zdroik sat in the back.

Another inconsistency was that, Hernandez said Zdroik cried the entire time. Burgos said Cruz was able to calm her down and she did not cry at all during the trip, though she looked upset.

Additionally, Burgos said it was his opinion that Hernandez was brought along to kill Zdroik.

Burgos claimed when the minivan stopped, Cruz told Hernandez to "go ahead."

“I looked back to Eladio,” Burgos said. “He doesn’t know what to do.”

Hernandez did not relate anything like that in his testimony. Hernandez also told investigators that Burgos ran over the body of Zdroik, but an expert called by the defense definitively stated there were no injuries to suggest her body had been run over.

Cruz took to the witness stand to tell the jury he did not kill Juanita Zdroik, claiming he had been out of state at the time.

He said the first time he heard her name was when he was arrested for her murder in 2017.

A friend, Cruz Perez-Ramos, testified the two men traveled to Florida at that time. However, after 21 years, he was not exact about the exact time of the travel.

There was DNA recovered from the scene but none of it belonged to Cruz.

Three cigarette butts were recovered from underneath Zdroik and one of them had DNA from Hernandez.

There was also DNA from Jose Sanchez, the person who killed Cole and Burns, but Sanchez said he was dating Zdroik at the time.

The state does not have to provide a motive as part of their case. It is not an element of first-degree intentional homicide.

However, the defense made a point that Miguel Cruz had no motive for the killing.

Further, Angove continued, Eladio Hernandez’s story had changed a number of times between when he began talking to investigators in 2010 and the time of trial.

She pointed out that initially Hernandez claimed it was Jose Sanchez “who killed the lady.”

Angove pointed out that Hernandez was in custody and looking for a potential reduced sentence in exchange for his testimony.

In exchange, the first-degree intentional homicide charge was dropped.

In July 2020, Burgos was sentenced to 13 years in prison followed by 10 years of supervised release.

Jose Sanchez was arrested in 2012 for the murder of Cole and Burns. He pleaded to two counts of felony murder/armed robbery and was sentenced to 30 years in prison.

Still, the motive remains in dispute.

Hernandez claimed the shooting was a gang hit, possibly over drugs. However, it was also brought up that the killings were a robbery that ended with violence and death.

A witness reported that the victim was crossing the street in the crosswalk when a white sedan struck her. Someone in the car was yelling for the driver to stop but it continued driving away. Surveillance video showed the victim sliding across the hood and going airborne over the windshield before falling to the street. The driver's vehicle allegedly smelled of marijuana.

VILLAGE OF YORKVILLE — A homeless man, spotted cutting his hair in someone’s backyard, faces criminal charges after allegedly having burglario…

Racine County District Attorney Tricia Hanson explained in an email that the reason the suspect isn't facing hate crime charges is because "There are enough facts, outside of those in the complaint, to indicate that the defendant did not intentionally select the victim because he was gay (and that) the two were fighting over household duties as they were roommates. Once the fight began, he defendant began using homophobic slurs."

William Q. Howell, 21, charged for his part in the June 29, 2019 armed robbery of Wells Fargo, and the kidnapping of the bank manager and her children, pleaded guilty to a reduced number of charges following a negotiated settlement with the DA's Office.

Racine man allegedly assaulted girl, drove off after she jumped on hood of car

A 19-year-old Racine man allegedly assaulted a teenager under the age of 18 and drove off while she was on the hood of his car.

CALEDONIA — A Racine man has been charged with operating while intoxicated, fourth offense, after crashing into a tree and fleeing barefoot. 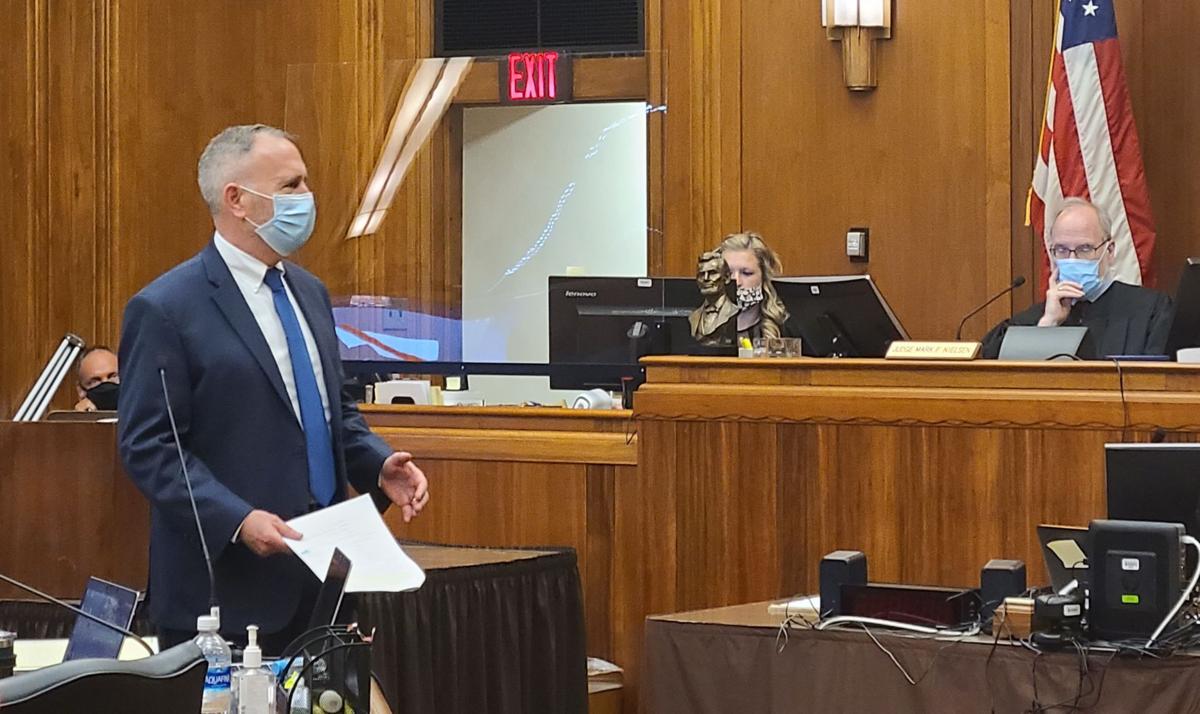 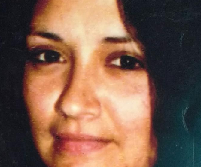