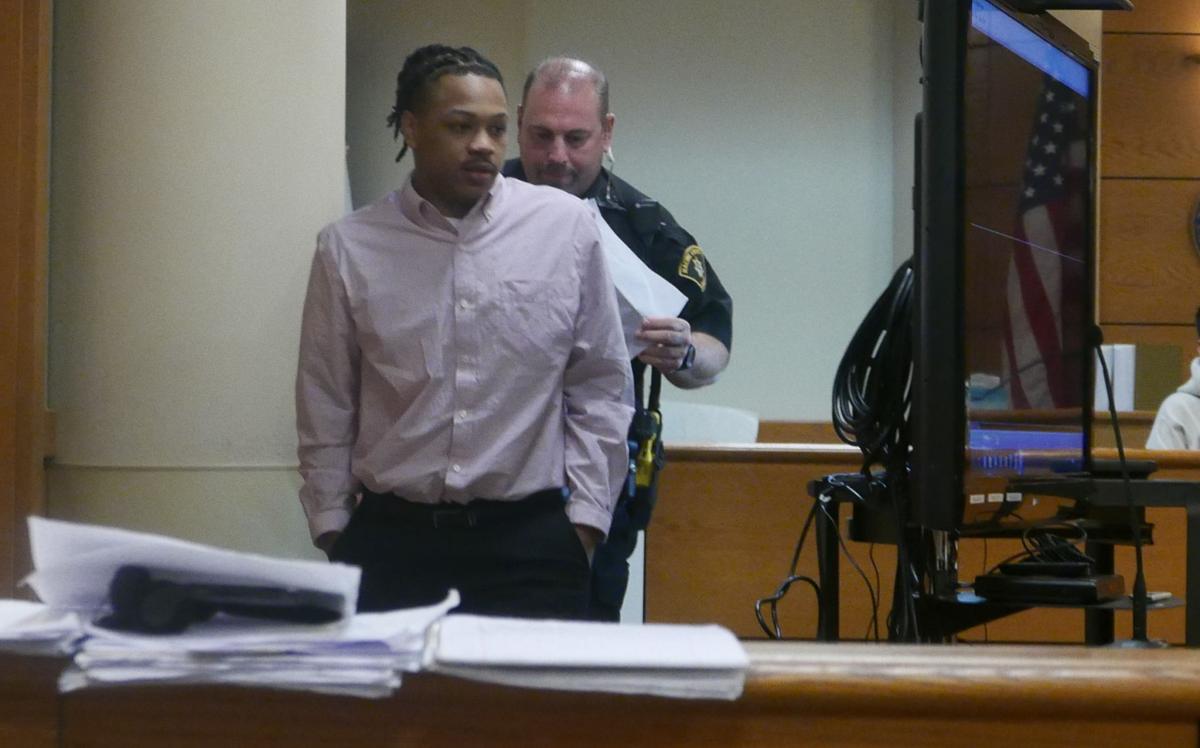 Deshawn Ellison was found guilty late Thursday of first-degree intentional homicide for the 2019 shooting death of Jose Angel Padilla, who was 19 years old at the time of his death. 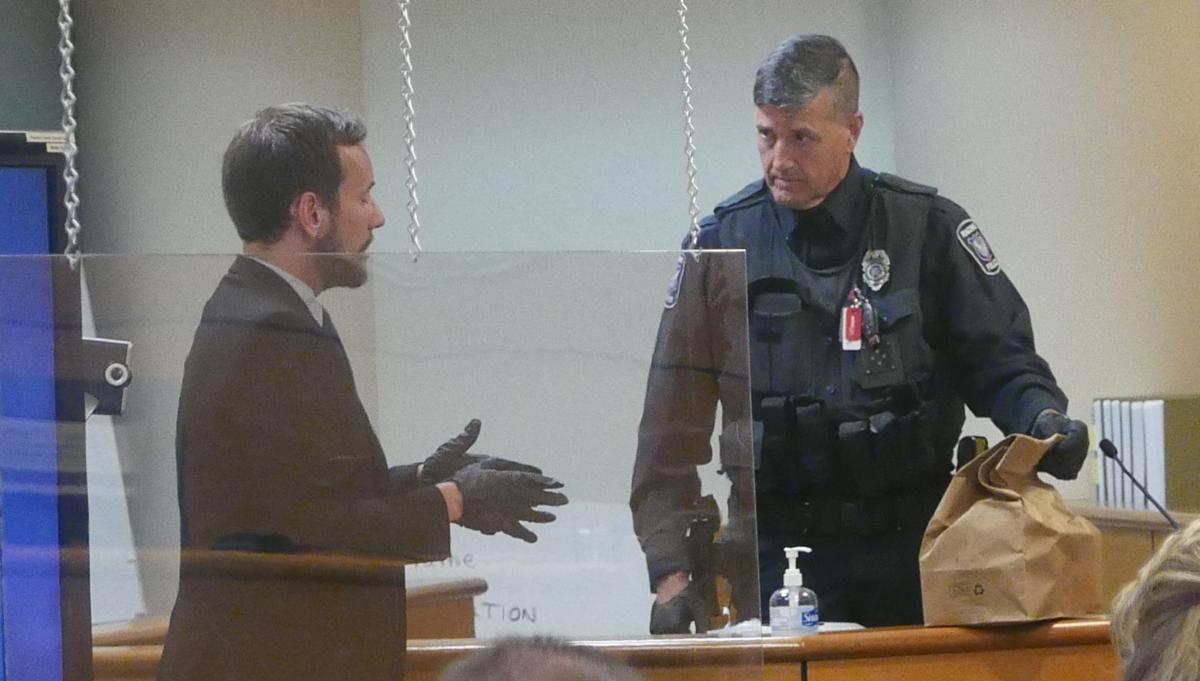 RACINE — A 19-year-old who shot and killed teenager in a robbery attempt gone wrong two years ago was convicted of all charges after a three-day jury trial.

Ellison was additionally convicted of conspiracy to commit armed robbery and possession of a firearm by an adjudicated delinquent of a felony. All three charges carry the party to a crime modifier.

A sentencing hearing is set for 10 a.m. on Nov. 23. The minimum sentence for first-degree intentional homicide in Wisconsin is life in prison.

Racine County Assistant District Attorney Diane Donohoo argued for first-degree intentional homicide, even though the plan was to rob and not murder.

She said to the jury: “Was the plan to kill Jose? I don’t think so ... There isn’t evidence that was the plan.”

However, the intent to kill can be formed in a moment, she argued, and that is what happened when Ellison’s two victims did not take him seriously.

Perhaps he became angry and adrenaline rose up in him, she continued, and robbery became murder.

The Racine Police Department was dispatched on May 22, 2019, to a call of shots fired in the 1200 block of Center Street.

There they found Padilla, face down with a shot to the back, and his feet still inside the house.

Brian Linert, assistant medical examiner, testified that Padilla was shot at close range and the projectile traveled through his lung and lodged in his heart.

He was dead within moments, Linert said.

The evidence presented at trial demonstrated that on the day of the murder, three friends hatched a plan to commit armed robbery.

The Center Street house where the crime occurred was the home of Christopher Webster, who had invited over his longtime friend Edgar Martinez, who brought along his good friend Padilla.

What Martinez and Padilla could not know was that Webster was part of the conspiracy, as was shown in text messages on their phones retrieved during the investigation.

The other two involved in the conspiracy were the defendant and someone who was never identified but who may have supplied Ellison with the gun, according to testimony.

However, the unidentified co-conspirator was not at Webster’s house the evening of the murder.

Instead with Ellison was Jayden Cunningham, who testified for the prosecution and has denied being a part of the conspiracy.

Ellison and Cunningham waited in the kitchen while Webster was hanging out downstairs in the basement with the intended victims.

Ellison and Webster exchanged texts, which were shown to the jury. In the texts, Ellison wanted to know if the two intended victims were armed and wanted to be alerted when they came upstairs.

A gut feeling too late

The gun used in the murder has never been located, so the state’s case rested heavily on its two eyewitnesses.

Both Cunningham and Martinez testified that it was Ellison who had the gun, but they had different perspectives of the shooting.

Cunningham testified that he saw Ellison point the firearm, that Ellison told Martinez and Padilla to “empty their pockets” and, when they tried to get away, he shot Padilla.

Martinez testified that as he and Padilla were in basement, he got a bad vibe from Webster, and he decided it was time to go.

However, when they got to the top of the stairs, Ellison was there with a shotgun. Cunningham also was there.

When Ellison demanded their stuff, Martinez tried to pull Padilla out of the house and said, “I got you.”

When the shot rang out, Martinez ran. When he was safely away, he called 911.

After the shot, Webster, Ellison and Cunningham also ran.

Ellison has maintained his innocence and at trial the defense attempted to transfer the liability for the homicide to Cunningham.

Martinez told the court that he did not know either Ellison or Cunningham before the murder. Although Ellison was in a hoodie with the hood pulled up, the witness said he was still able to identify the person holding the gun.

Carl Johnson, the defendant’s attorney, wondered how it was Martinez did not know Ellison since they had been going to the same schools for years.

Martinez said that he did not like school, so he rarely went and thus never met Ellison.

Johnson also questioned the fact that Martinez picked Ellison out of a picture lineup the police had created.

Was it not possible, Johnson queried, that Martinez simply recognized a fellow student?

Martinez denied that was the case, insisting again that Ellison was the shooter

“I’m never going to forget that day or who did it,” Martinez said.

Christopher Webster, 21, the co-defendant, was convicted of felony murder as party to a crime at a September 2020 trial.

Although Webster did not pull the trigger on the gun that killed Padilla, the District Attorney’s Office was able to show that Padilla died during the commission of a felony; that is, armed robbery, and as a result Webster also was guilty of that murder since he participated in the crime.

During his trial, Webster took the stand and denied being part of the conspiracy. He expressed that he, too, was afraid when Ellison showed up with the shotgun and said he was worried about his siblings who were in the house.

He also denied the string of messages between himself and Ellison showed they were planning the robbery. Instead, he unsuccessfully tried to convince jurors they were just planning on getting marijuana, writing with a combination of street slang and text slang.

Watch now: Woman taken away in ambulance after possible shooting on Park Avenue

Watch now: Video from Racine Street hours after three people were shot early in the morning of Labor Day 2021

Deshawn Ellison was found guilty late Thursday of first-degree intentional homicide for the 2019 shooting death of Jose Angel Padilla, who was 19 years old at the time of his death. 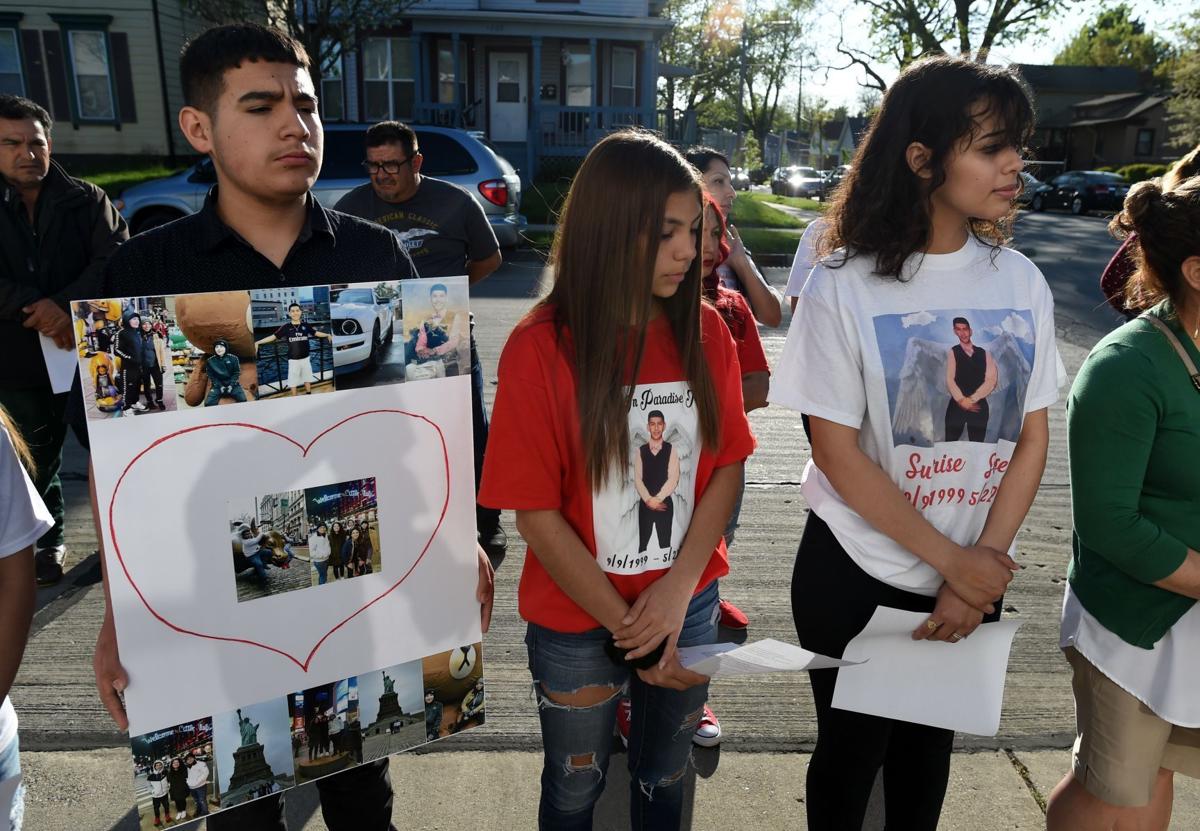 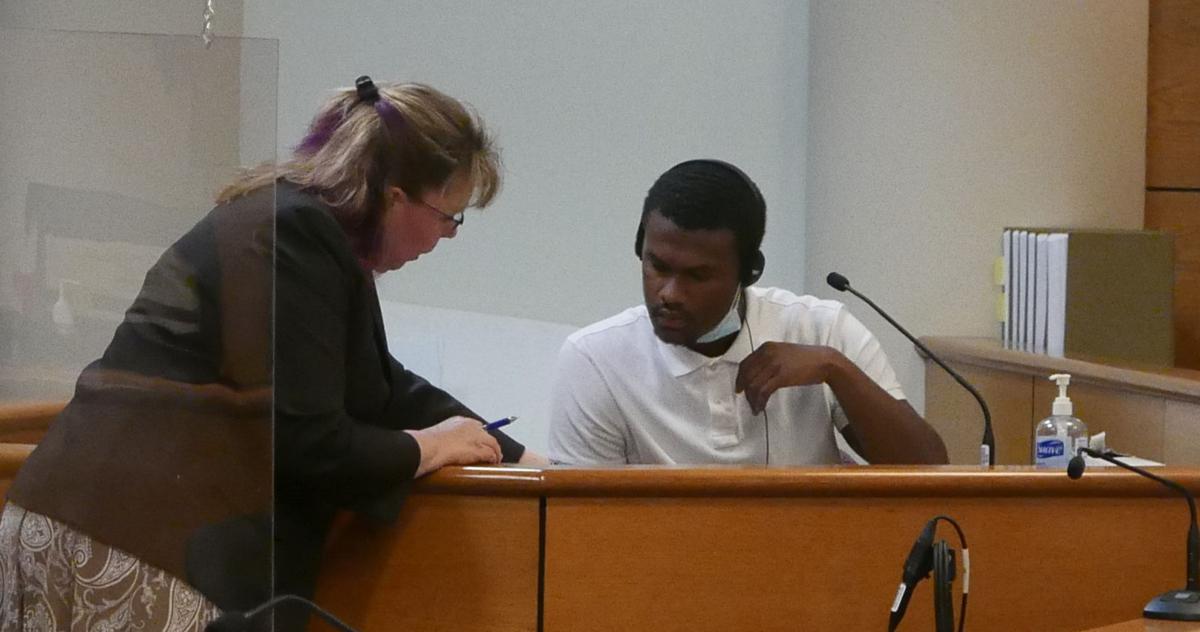 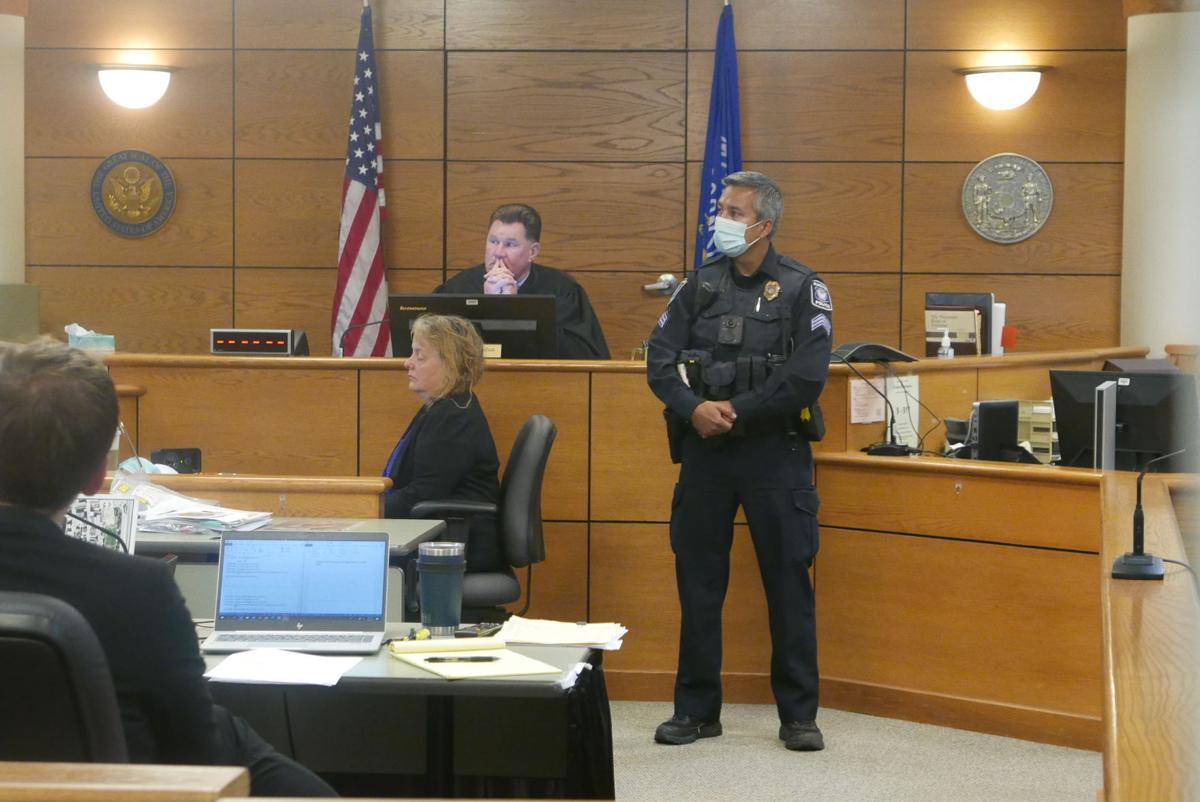 Sgt. Juan Garcia, of the Racine Police Department, testified at the trial of Deshawn Ellison that started Tuesday in Racine County Circuit Court. Sgt. Garcia was asked questions about a video that was downloaded from Jayden Cunningham's phone. 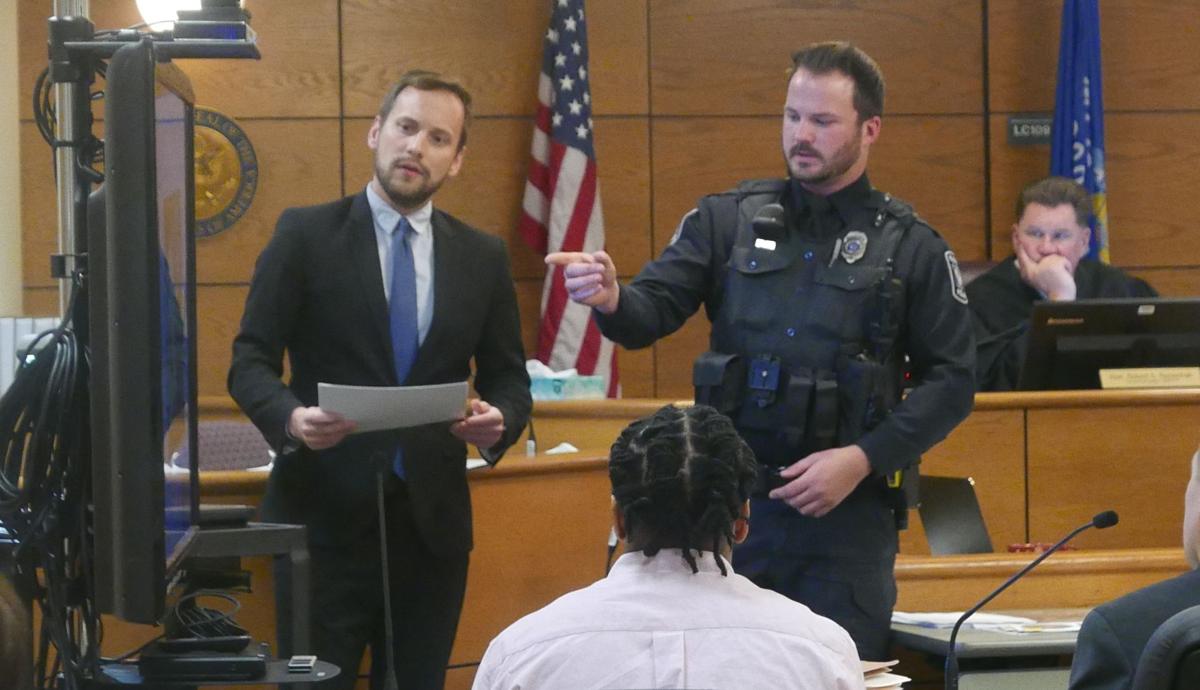 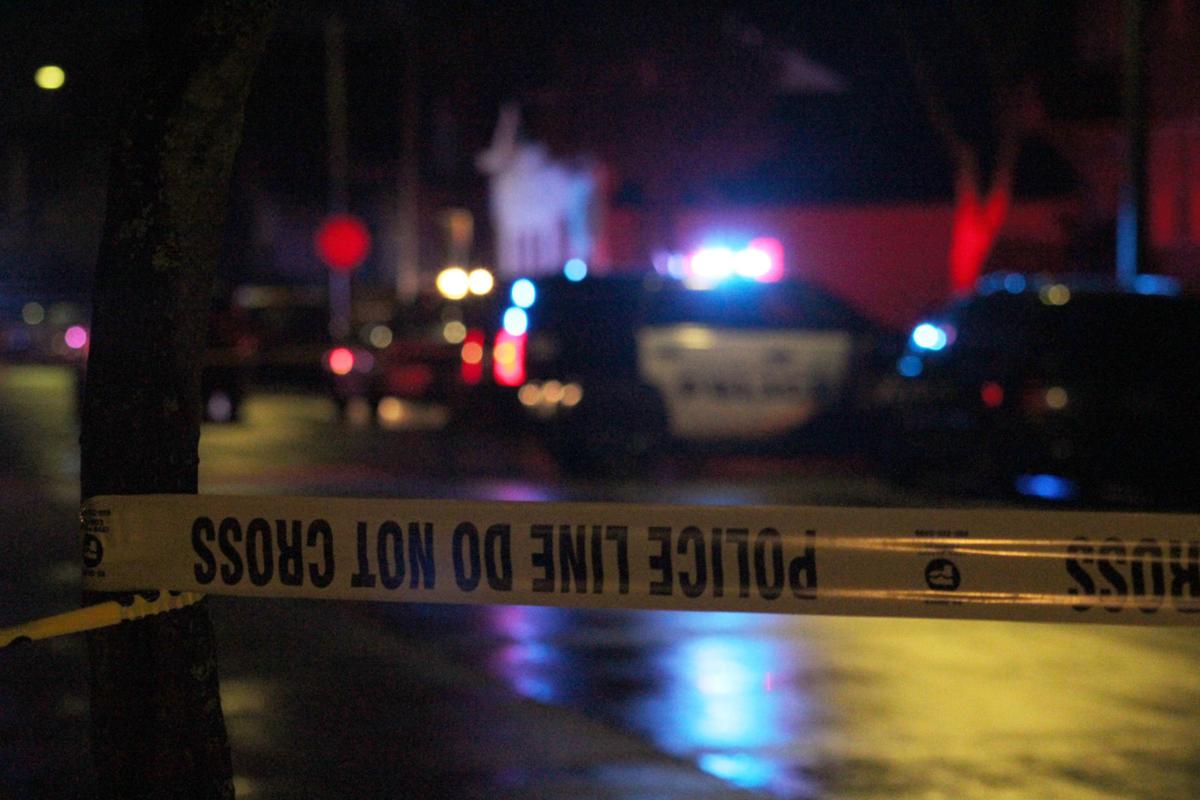 Crime scene tape is seen on the south side of the intersection of 12th and Center streets in the City of Racine on May 22, 2019. Racine Police vehicles were parked in front of a home and vacant building on the southeast corner of the intersection where 19-year-old Jose Angel Padillo was fatally shot. Deshawn Ellison, then 17 years old, was later charged and found guilty for killing Padillo.