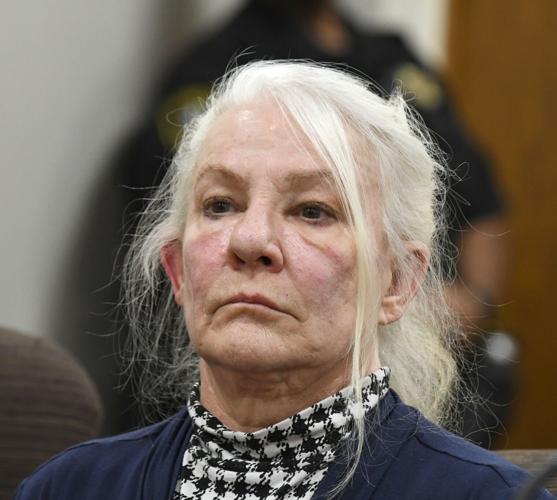 Linda LaRoche shows no emotion as she is found guilty of first-degree intentional homicide in Racine County Circuit Court Wednesday afternoon. She was charged in the 1999 killing of her housekeeper, Peggy Lynn Johnson-Schroeder. 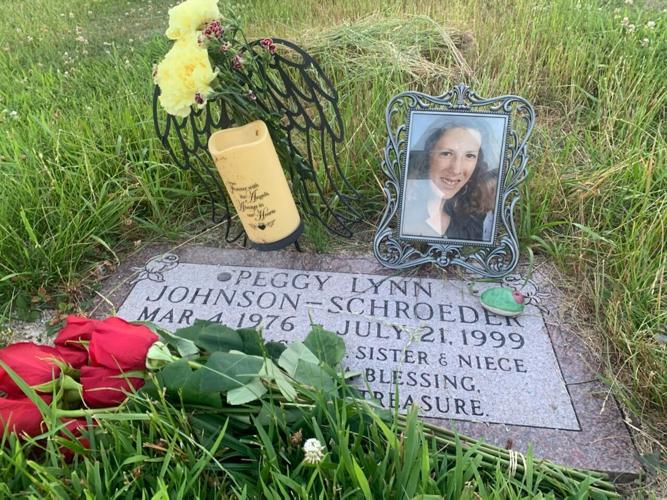 Peggy Lynn Johnson-Schroeder spent 20 years in a Jane Doe grave in Caledonia. She is now interred with her mother in Illinois.

The woman accused of killing her housekeeper in McHenry, Illinois, then dumping her body in a cornfield in central Racine County in 1999 had her fate handed to her in Racine County Circuit Court on Wednesday.

The defendant also was convicted of hiding a corpse for dumping Johnson-Schroeder’s body.

Assistant District Attorney Diane Donohoo said during closing statements that LaRoche she believed was jealous of Schroeder, who was loved by the family. LaRoche had hired Schroeder to be a housekeeper after Schroeder’s own mother died.

In contrast, LaRoche was described as “somewhat of a screamer” and one of her younger sons said: “We had a rocky relationship.” Several of her children said LaRoche was abusive to Schroeder over several years.

“She was jealous,” Donohoo said of the defendant. “This is the classic jealous woman case.”

LaRoche also told people that Schroeder was sleeping with her husband, although there was no evidence of that.

Donohoo quoted the old saying: “Hell hath no fury like a woman scorned.”

“Linda LaRoche was the woman scorned and hell hath no fury like Linda Laroche,” she said.

The Racine County Sheriff’s Office was dispatched to Raymond on July 21, 1999, after a passerby found a young woman’s body in the first row of a cornfield.

The woman was badly beaten, had broken bones, was malnourished and evidence suggested she had probably been tortured. The medical examiner’s report indicated Schroeder had multiple injuries that all contributed to her death, but it was an infection from the injuries that ultimately led to her death. The infection was necrotizing fasciitis, a rare bacterial infection that is sometimes referred to as “flesh-eating.”

The young woman had never been arrested, so her fingerprints did not turn up any identification. She was buried in a Jane Doe grave and went nameless for 20 years until modern methods of DNA testing turned up an identification.

Once she was identified, investigators learned that Schroeder’s father had abandoned his family when she was young and her mother was deceased. She was described in court as cognitively slow.

She met LaRoche at a free clinic where the older woman was working as a nurse.

LaRoche offered the young woman a job helping at her house with housework and her six children, according to testimony.

LaRoche told investigators she took Schroeder in because she identified with her situation. She, too, had lost her mother while she was still quite young.

“I had a troubled childhood,” LaRoche told investigators. “I didn’t have anyone, either.”

When Schroeder moved into the home, she brought almost nothing with her besides a two-person tent.

The case presented by the Racine County District Attorney’s Office was largely circumstantial. It has been almost 23 years, so there were no witnesses to Schroeder being dumped in a cornfield, no DNA, fingerprints or surveillance video.

Complicating matters was the fact Schroeder was not killed by a gunshot or knife wound. While she had many injuries that contributed to her death, it was the untreated infection that ultimately killed her.

Donohoo acknowledged the circumstantial nature of the case, noting the defense used the word as if “circumstantial” was “a dirty word.”

She explained circumstantial evidence is evidence from which the jury could draw a reasonable conclusion and is admissible in court.

Donohoo added the circumstances, when taken together, “points to who the killer is, which is the defendant.”

The first is that the witnesses painted a picture of ongoing and escalating violence against Schroeder by the defendant, in what the state called a “chronic abuse situation.”

“We don’t know what the final blow was, and we don’t have to prove that,” Donohoo said. “We have to prove the actions of the defendant were a substantial factor that led to the death.”

The second point is that Schroder had lied for years about Schroeder’s whereabouts, going so far as to fabricate a social message supposedly sent by Schroeder two decades after she had actually died.

After years of lying to her family, Dohohoo continued, LaRoche began lying to the police about the circumstances of Schroeder leaving the Johnson household, telling various people at various times that she (LaRoche) dropped Schroeder off at the hospital, at the train station, with her grandmother.

Donohoo added, “LaRoche was the substantial actor that caused those injuries that led to the chain of events of Peggy Johnson’s body in a cornfield dead in Racine”

Carl Johnson, who was on the team that represented LaRoche, argued that there were flaws with the state’s case.

He pointed out when Schroeder’s body was found in the cornfield, 25% of the upper body was covered in burns, a “V” had been carved into the victim’s forehead, her nose was broken and her ear was damaged.

Some of the injuries were 3 to 8 days old; yet, no one in the house reported seeing her like that.

“When are all those things supposed to have occurred?” he wondered.

Despite those questions, the jury came back with a guilty verdict in fewer than 4 hours. They could have found LaRoche guilty of a lesser charge, but concluded the heaviest charge was appropriate.

In a statement issued after the guilty verdict was announced, Racine County Sheriff Christopher Schmaling said “The Sheriff’s Office will never forget or stop working a cold case homicide. While the deaths of Peggy Johnson, Amber Creek and Juanita Zdroik were once cold case homicides, these cases are shining examples of the hard work and dedication of the members of the Sheriff’s Office in creating closure for the victims’ families. I would like to thank all the professionals who assisted in bringing Peggy’s killer to justice.

"For anyone involved in any other homicide, you need to worry. It is not a matter of if, but when, you are held accountable.”

Her name is Peggy Lynn Johnson. But for the last 20 years she was referred to simply as — Jane Doe.

And the Racine County Sheriff’s Office believes it has found the killer.

Survey: Gen Z and Millennial drivers have a complicated relationship with their cars

Survey: Gen Z and Millennial drivers have a complicated relationship with their cars 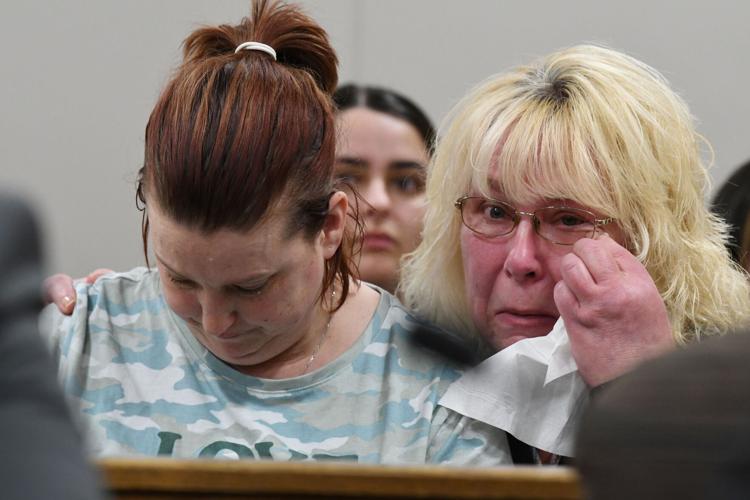 Linda LaRoche shows no emotion as she is found guilty of first-degree intentional homicide in Racine County Circuit Court Wednesday afternoon. She was charged in the 1999 killing of her housekeeper, Peggy Lynn Johnson-Schroeder.

Peggy Lynn Johnson-Schroeder spent 20 years in a Jane Doe grave in Caledonia. She is now interred with her mother in Illinois. 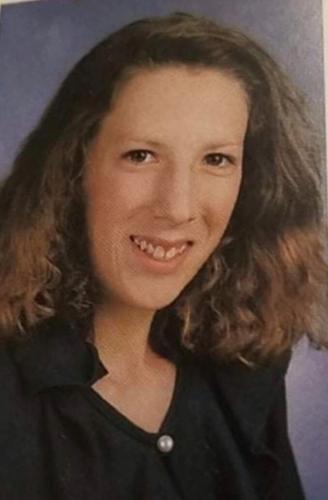