RACINE — Violent gang life is being blamed for the June 2 shooting at Graceland Cemetery and multiple shootings that came in the following weeks, according to a criminal complaint filed Monday.

Lamarion D. Blair, 19, of the 1800 block of Racine Street, was publicly identified Friday by the Racine Police Department as a primary suspect in the June 2 shooting in which two women were shot with injuries necessitating surgery. On Monday, he was formally charged with 23 counts of first-degree recklessly endangering safety as a party to a crime and 26 other felonies.

Another 16-year-old suspect and Blair are both now in custody for the shooting. The RPD said Blair has been in law enforcement custody since being arrested less than a week after the shooting.

The 16-year-old, who is not going to be publicly identified, “has been in custody since the end of June,” RPD Public Information Officer Sgt. Kristi Wilcox said in an email.

The June 2 shooting was during the burial of Da’Shontay “Day Day” King, the 37-year-old Racine man shot and killed as he fled a Racine police officer May 20; King was on foot while armed, ignored orders and appeared to be picking up a gun he dropped when he was shot.

No specific motive has been given for the shooting, but the criminal complaint repeatedly made mention of the involved individuals’ gang affiliations.

On Monday, Blair was given a $1 million cash bail in Racine County Circuit Court.

Blair is a known member of the Racine-based NFL (North Side For Life) gang, “a younger, more violent offshoot of the Vice Lords street gang.”

Those who attended the burial told police they saw at least two shooters either in or standing outside a Chevrolet Equinox on the 600 block of Lathrop Avenue, just outside the cemetery.

About 10 minutes after the cemetery shooting, there was a shootout on the 2800 block of Wright Avenue between those in the Equinox and a group from the cemetery that chased the Equinox in a vehicle of their own.

No injuries were reported from the Wright Avenue shootout.

Near the intersection of Wright and Quincy avenues, the Equinox was found parked and with “fresh gunshot damage.”

Inside the vehicle, fingerprints belonging to multiple individuals including Blair were found. Also found in the car were seven 5.56 rifle casings, which matched five rifle casings found near where the shots fired into the cemetery were fired from.

Police found another four 9mm handgun casings near the rifle casings outside the cemetery.

After the Wright Avenue shootout, another five matching rifle casings were found on or near the front porch of a home associated with the NFL gang on the 2800 block of Wright Avenue.

The Equinox’s listed owner was Blair’s girlfriend; the vehicle had Nevada license plates. Investigators said they used the vehicle’s “infotainment” center and found that the vehicle had been on the 600 block of Lathrop Avenue at the time of the shooting, then immediately went to the 2800 block of Wright Avenue before parking on Quincy Avenue.

Surveillance footage from a nearby home showed two individuals running away after the shootout on Wright Avenue, one of whom was identified as Blair.

In Las Vegas, U.S. Marshalls took Blair into custody. He was held in the Clark County Jail in Las Vegas.

“I didn’t shoot no gun,” he told investigators, and he also “refused to say who picked him up after the shots were fired” on Wright Avenue.

As the investigation continued, casings identified as coming from the rifle used in the Graceland Cemetery shooting and on Wright Avenue were found “in other shooting incidents occurring after June 2.”

On July 15, officers executed a search warrant on a home on the 1200 block of Blake Avenue. Inside the home, a Palmetto 5.56 PA-15 rifle was found. By using the National Integrated Ballistic Information Network, the rifle was a match for the casings found outside the cemetery and on Wright Avenue June 2.

A key for a tan Chrysler Town & Country associated with multiple shootings in Racine was also found inside the home.

The Blake Avenue home is the residence of an individual whose fingerprints were found in the Equinox; the individual has not been criminal charged and is not the 16-year-old, an RPD spokesperson told The Journal Times.

A cousin of that individual is charged with homicide in the shooting death of a Dirty P street gang member, according to the criminal complaint. Dirty P and NFL members are known to violently feud.

The individual who lives on Blake Avenue, who is affiliated with NFL, was arrested June 26 in a vehicle on Chicago Street, police said.

Two handguns were found underneath his seat. NIBIN found that neither of those handguns were associated with the June 2 shootings, but that they were both “used in some of the same shooting incidents” as the rifle recovered weeks later in the Blake Avenue home.

In addition to the 23 counts of first-degree recklessly endangering safety, Blair was also charged with 25 counts of felony bail jumping and one count of possession of a firearm as an adjudicated delinquent as a party to a crime.

The criminal complaint states that Blair was convicted of armed robbery in 2018. He is also facing another charge of possession of a firearm as an adjudicated delinquent and a misdemeanor count of carrying a concealed weapon filed in December 2019.

In photos and video: From the scene of the Graceland Cemetery shooting and outside the hospital

A 25-year-old Kenosha woman is facing numerous criminal charges after allegedly driving while intoxicated, crashing her vehicle and later threatening and spitting on law enforcement officers.

Pakistanis struggle to survive with no flood relief in sight 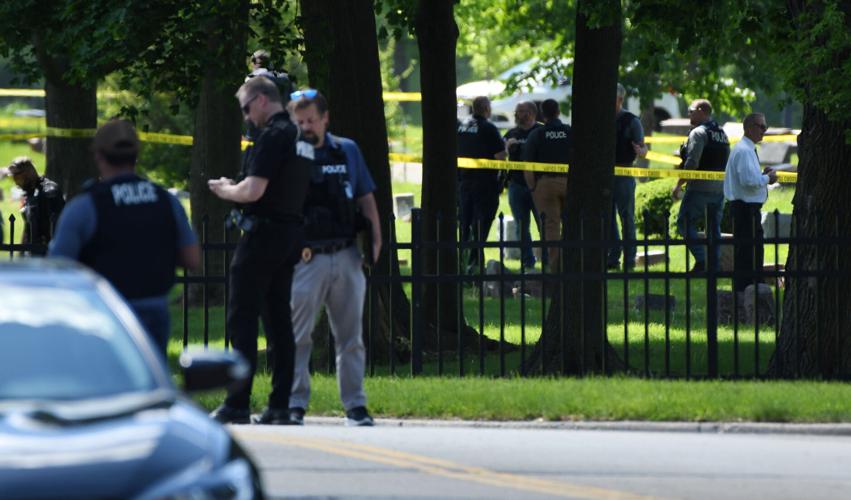 Two women were reported to have been shot during the June 2 funeral at Graceland Cemetery for Da’Shontay “Day Day” King. 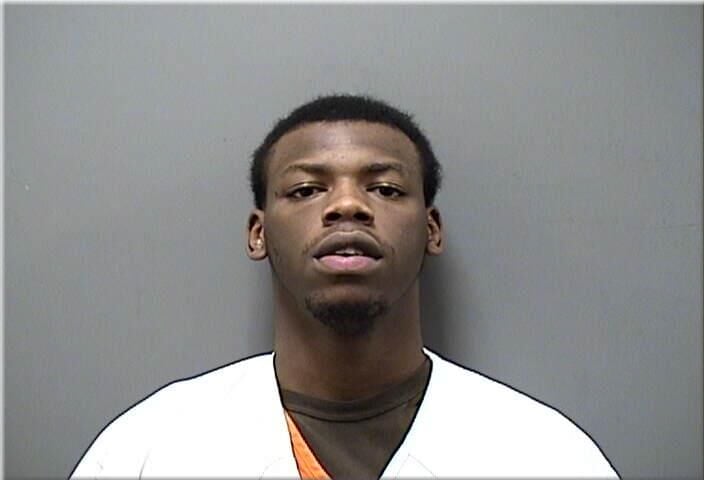