Voting along party lines Wednesday, the Joint Committee on Finance gave preliminary approval to $102 million in funding for four new county-run centers — which is up from the $80 million allocated in the budget.

The gap could be filled by the state Building Commission, a panel headed by Democratic Gov. Tony Evers that has bonding authority.

Proposals by Democratic lawmakers to fund both requests in their entirety were rejected by Republicans.

Department of Corrections Secretary Kevin Carr said the decision makes it “very unlikely” that Lincoln Hills/Copper Lake will close by the latest deadline of July 1, 2021.

“There’s no sticker shock here, that should have been anticipated,” Carr said of the department’s funding request. “Our ability to fund these facilities in order to do what’s best for our kids in this state, it has to be a priority. Obviously it does not appear to be a priority for those who made the decision today.”

The reduced spending for Milwaukee County eliminates a leased space component included in the original proposal that would have added 24 beds.

Sarah Wynn, fiscal analyst with the nonpartisan Legislative Fiscal Bureau, said nearly 100 of the residents at Lincoln Hills will relocate to the county facilities, but another roughly 60 people will remain.

But, Wanggaard added that the two new sites selected by the Evers administration are “simply unacceptable.” He said that one of the sites “was not even considered by the Juvenile Corrections Study Committee” and that the other is in a wetland that frequently floods.

Following years of alleged abuse by staff against inmates at the juvenile facility, lawmakers in 2018 voted to close the youth prison by January 2021 and replace it with smaller, regional state- and county-run facilities. Lawmakers already have pushed back that deadline to July of that year, but Evers has warned that further delays are likely if additional funding is not secured.

“We’re not fully funding all parts of these plans,” Born said. “We’re moving forward with a major investment in an important part of this plan for reforming our juvenile system in Wisconsin.”

Republicans cited push back from local governments and area residents in Milwaukee and Hortonia as main reasons for their decision not to fund state-run facilities for serious juvenile offenders in those communities.

“We have to come back with a better alternative,” committee co-chair Sen. Alberta Darling, R-River Hills, said.

The committee did not discuss proposed $59 million expansion of the Mendota Mental Health Institute on Madison’s North Side. Funds for the expansion — which is part of the 2018 juvenile justice overhaul plan — were approved in the state budget, but need approval from the committee to be released.

The proposal would roughly quadruple Mendota’s Juvenile Treatment Center’s size, allowing for the treatment of more boys at the site and, for the first time, girls.

“Currently, there is no place in the state that we can send seriously mentally ill female youth to,” Carr said. “The failure to move on that project is also very concerning to our administration.”

Evers has warned that failure to approve the funding would force the Department of Health Services to come up with new plans for a smaller expansion. That would further delay a project that is already behind schedule and was not expected to be completed until some 14 months after Lincoln Hills/Copper Lake is slated to close. 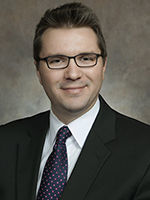