RACINE — A woman took the stand on Thursday and testified she may have known years before that a Racine County Jane Doe was Peggy Lynn Johnson-Schroeder, but did not act upon that knowledge to protect her mother from homicide charges.

However, once investigators knocked on the door, the woman felt relieved.

“I felt terrible; I felt torn up inside,” Linda LaRoche’s daughter H.K. said of her cooperation with the investigation that led to her mother’s arrest.

When she was asked, do you still love your mother, she said: “Yes I do.”

Linda LaRoche, 67, is charged with first-degree intentional homicide in the death of Schroeder, who was 23 at the time of her death.

The defendant also is accused of driving from McHenry, Illinois to rural Racine County to dump the woman’s body in a cornfield, for which she is charged with hiding a corpse.

LaRoche pleaded not guilty to the charges and has denied having a hand in the woman’s death. Closing arguments in the case are expected Monday.

The Racine County Sheriff’s Office was dispatched to Raymond on July 21, 1999 after a Department of Public Works employee found a young woman’s body in the first row of a cornfield.

The woman was badly beaten, malnourished, and 25% of her upper body had burns, evidence of torture. She also had an infection that her weakened body could not fight.

Once she was identified, investigators learned that Schroeder’s father had abandoned his family when she was young and her mother was deceased. She was described in court as cognitively slow.

She met LaRoche at a free clinic where the older woman was working as a nurse. LaRoche offered the young woman a job helping in her home with housework and her six children, according to testimony.

Schroeder was invited to live in the house, in the room of LaRoche’s daughter, who would soon be going off to college.

LaRoche’s oldest child and her only daughter, H.K., was an adult when Schroeder came to live with the Laroches.

The defendant’s other children were very young when Schroeder moved in, and could not remember an exact timeline for events, but HK placed the year as late 1995 when she (H.K.) was 20 years old.

H.K. appeared fond of Schroeder and said: “You couldn’t help but love Peggy.”

She said Schroeder was gentle, naïve, and “a good-hearted person” but someone who had mental limitations.

H.K. was not home much after she left for college, but there were a few incidents she remembered involving potential abuse inflicted on Schroeder.

She remembered her mother telling her that she (LaRoche) “beat the crap out of her (Schroeder)” for allowing the twins to walk home from the store alone.

She told the jury she remembered two incidents that occurred after the family moved into a farmhouse while their new house was being constructed.

The first incident was seeing Schroeder with a black eye. She asked Schroeder if her mother had caused the black eye, and she nodded an affirmation.

During the same visit, she also overheard her mother screaming at Schroeder, calling her names, and saying “the worst things you could say to a person,” along the lines of “you’re so stupid” and “no one could love you.”

“I remember it seemed to go on and on,” she said.

She told the jurors: “My mom could be a screamer.”

She explained her lack of response was due to her belief if there was a serious problem, her stepfather would step in.

Her stepfather, Robert Johnson, previously testified he was rarely home at the time and never saw any abuse.

Years later, a comment by a family member caused HK to go looking for Schroeder on Jane Doe websites.

In 2016, she came across Jane Doe Racine County and felt she had found Schroeder; however, she took no action, fearing if she was wrong she could harm her mother.

She said she asked herself: “What if I am blowing this out of proportion? Does this merit calling the police?” I don’t know. I didn’t know what to think.

She said if her mother had passed away she would have come forward, but investigators knocked on her door in 2019 with questions about the disappearance of Schroeder.

H.K. agreed to cooperate with the investigation and make two calls to her mother, asking about Schroeder.

The calls were recorded and played for the jury, who heard H.K. say the police had been to her house asking a lot of questions about Schroeder.

They heard LaRoche tell her daughter that in 1999 she dropped Schroeder off at a restaurant and her grandmother picked her up, and that was the last time she ever saw the young woman.

LaRoche also said that she had heard Schroeder moved to Las Vegas years ago to live with her father.

On the second call, the defendant also was critical of Schroder, saying she wandered around the neighborhood, and suggested she was promiscuous.

At her daughter’s insistence, she went to the Jane Doe website and looked at the pencil drawing of Racine County Jane Doe.

LaRoche told her daughter she did not think the pencil drawing of Jane Doe Racine County was Schroeder — without knowing investigators had already made a positive identification.

“I’m not seeing it,” LaRoche said.

LaRoche read the Jane Doe Racine County page and said: “Whoever it was was abused and that’s kind of sickening.”

LaRoche also told her daughter that a secretary called from her ex-husband’s business two years after Schroeder left. She claimed the secretary said that Schroeder had called and wanted to come back to the family.

That supposed call would have been two years after Schroeder’s body was found in a Raymond cornfield.

Police reported that his blood-alcohol content was double the legal limit.

A Milwaukee man has been accused of chasing after a man with a gun after a bar fight at Doobie's Beer Joint in Elmwood Plaza.

"Get in, let's go have fun" said woman before allegedly driving three children around while drunk

"Get in, let's go have fun," a Union Grove woman reportedly said before she was accused of driving on a walking path with three children in the car while drunk.

This island near Shanghai is a safe haven for stray cats

Barcelona’s residents try to crack down on pickpockets

Barcelona’s residents try to crack down on pickpockets 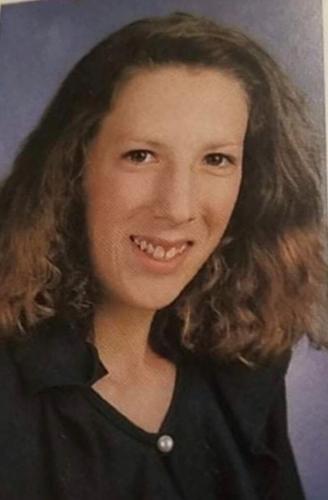 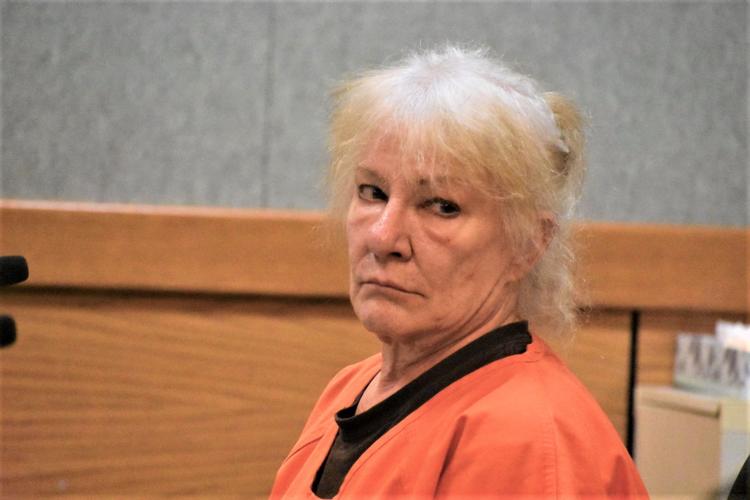 Linda LaRoche, 64, sits in court without an attorney on March 12, 2020, at the Racine County Law Enforcement Center, 717 Wisconsin Ave. The case against LaRoche has come to a halt while she tries to find representation.