RACINE — A change of venue is being requested in the upcoming jury trial of Dalquavis Ward, the Milwaukee man charged in the fatal shooting of Racine Police Officer John Hetland.

In court Friday, attorney Carl Bradford Johnson, who represents Ward, 26, said that he plans to file such a motion on Ward’s behalf. The trial is scheduled to begin Feb. 3 in Racine County and is estimated to run for a week.

Among those in attendance at Friday’s hearing were Racine Police Chief Art Howell, as well as 10 other members of his department, Racine District Attorney Tricia Hanson and members of Hetland’s family.

Ward was not present at the hearing, as an order to transport Ward from the Kenosha County Jail, where he is being housed, was not received by jail staff.

Hetland, a 24-year Racine Police Department veteran, was killed the night of June 17 at Teezers Bar & Grill, 1936 Lathrop Ave., while trying to stop an alleged robbery. He was off duty at the time. Prosecutors say Hetland and Ward got into a struggle after Hetland tried to intervene in the robbery. Ward reportedly fatally shot Hetland once before fleeing on foot.

Ward was arrested June 27 in Milwaukee, the day after Hetland’s funeral. The Kenosha County Sheriff’s Department, which lead the investigation as an outside agency to avoid potential conflicts of interest, said DNA evidence left at the scene tied Ward to the robbery and shooting.

Ward was released from prison on June 13, four days before Hetland’s shooting, according to the Federal Bureau of Prisons.

Ward, is charged with felony counts of first-degree intentional homicide with use of a dangerous weapon, armed robbery and possession of a firearm by a felon. He faces a maximum sentence of life in prison on the homicide charge alone.

Bond set at $5 million for suspect in Racine officer's slaying

A request to change the venue of the upcoming trial of Dalquavis Ward, the Milwaukee man charged in the June 17 fatal shooting of Racine Police Officer John Hetland, was denied. 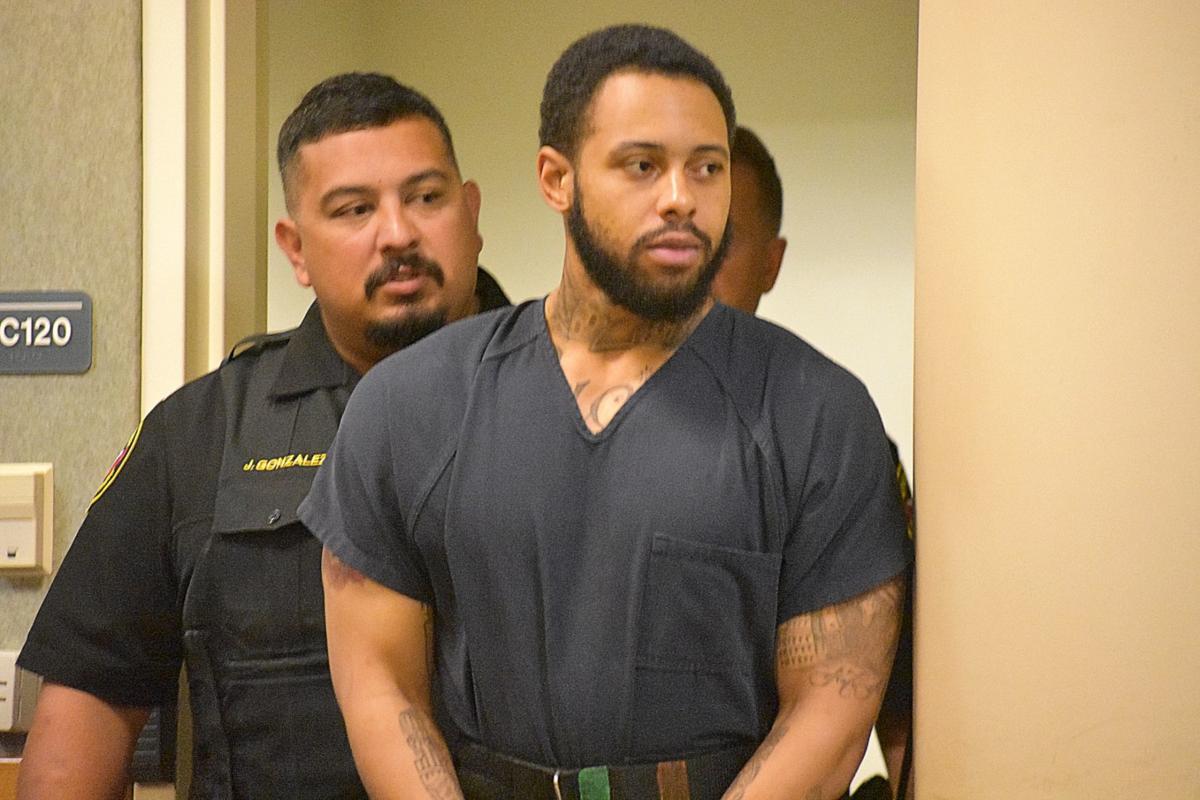 Dalquavis Ward, enters the courtroom of the Law Enforcement Center on Aug. 7 for his arraignment in the fatal shooting of Racine Police Officer John Hetland. Ward did not appear for a hearing Friday, but his attorney said that he planned to file a motion to change the venue for the trial, scheduled to begin Feb. 3, on Ward's behalf.