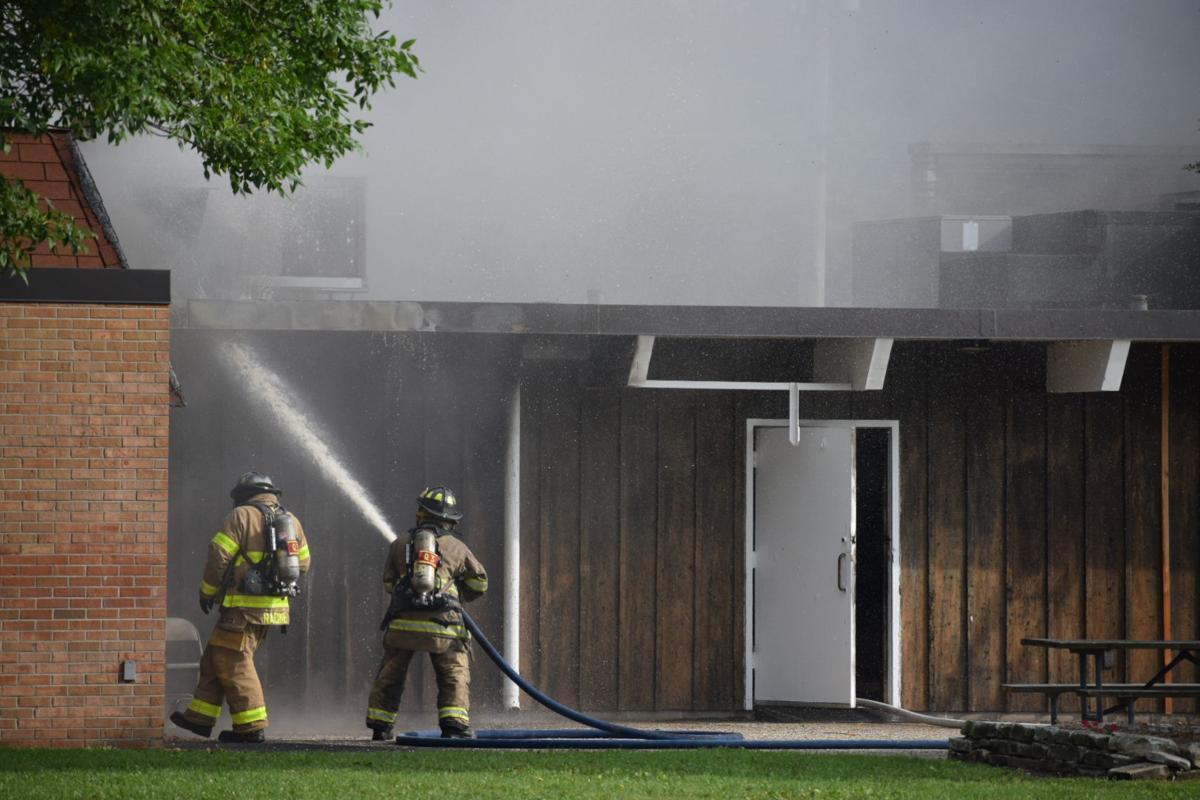 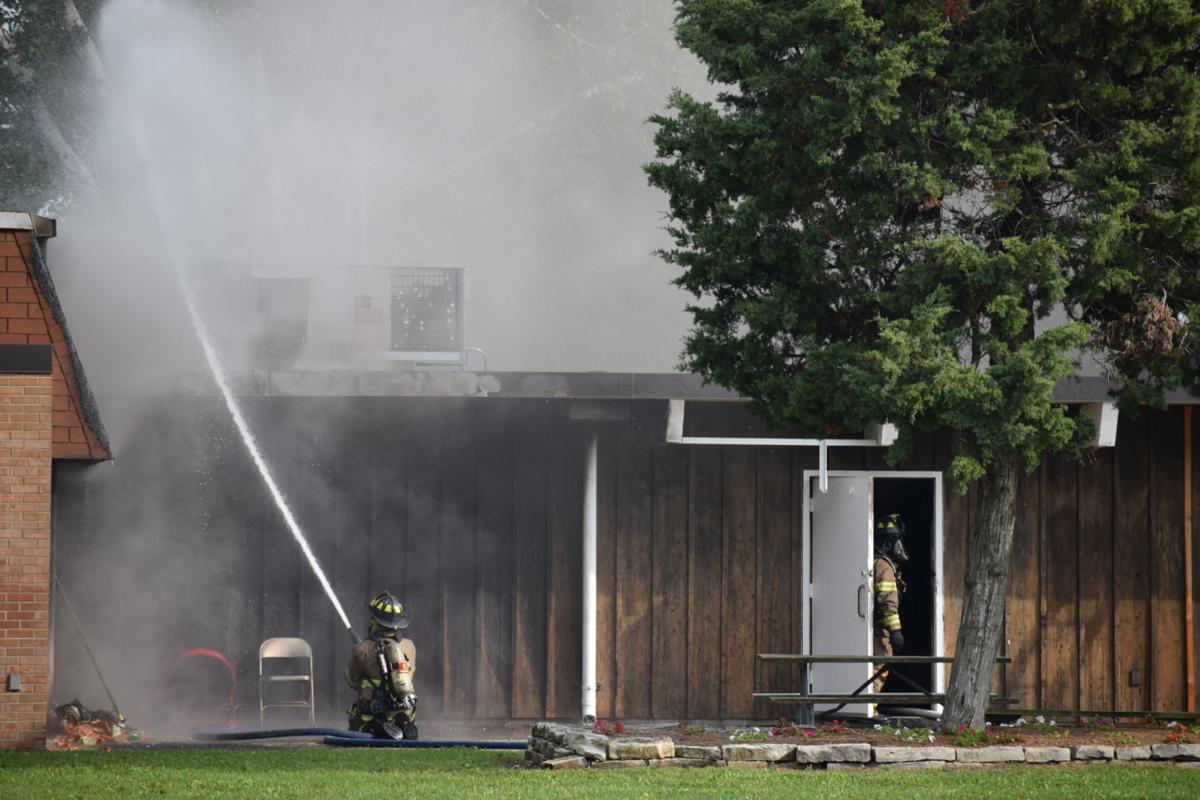 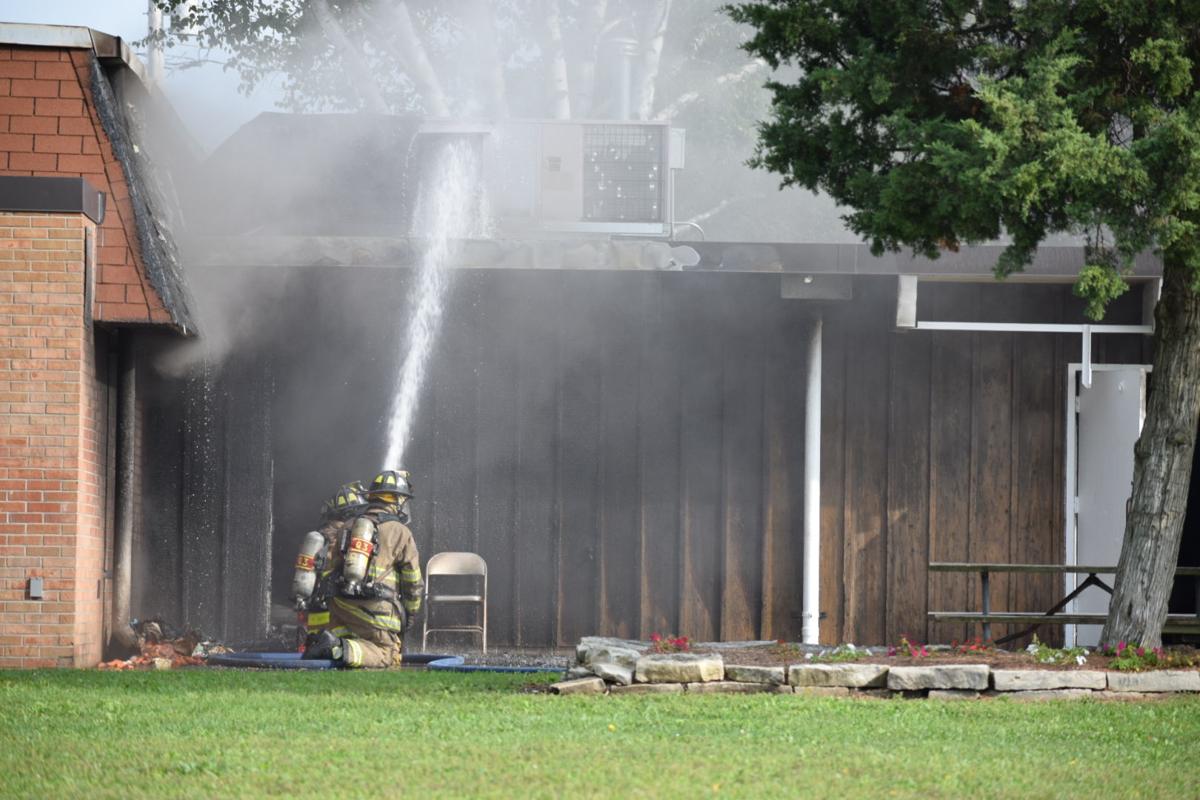 RACINE — Unattended cooking was the culprit in a fire that ripped through the Lakeview Community Center, 201 Goold St., Wednesday morning, hospitalizing a firefighter, potentially burning lanterns in storage for the Racine Zoo’s upcoming Chinese Lantern Festival and causing $500,000 in damage to the building, according to a Racine Fire Department press release.

Firefighters responded at 9:10 a.m. when four people inside the building discovered the fire near the HVAC system, according to Battalion Chief Willie Hargrove of the Racine Fire Department. Everyone was evacuated safely with no injuries to those who had been inside, Hargrove said.

One firefighter was seen being pulled from the building on a stretcher at about 10:10 a.m. and put into an ambulance, which later left the scene. The evening press release said the firefighter, a 41-year-old man, was being kept overnight at Ascension All Saints as a precaution.

The Racine Zoo was using the space for storage for the Lantern Festival, scheduled to begin Oct. 1, according to Chelsea Locke, the zoo’s special events manager.

The zoo had already begun setting up the festival, so Locke said Wednesday afternoon that she did not know how many lanterns — if any — were destroyed in the blaze.

“Until we get cleared to go into the building, we have no idea what was in there,” Locke said. “And it could be days before the fire chief lets us in there.”

Whatever the outcome of the fire, Locke said it will not have an impact on the festival’s schedule.

Initial scanner reports indicated flames were shooting out of the roof.

Scott Giron, of Racine, said he was driving down Michigan Boulevard when he saw flames flying out from a door and from the roof. He said he then called 911 to report it.

Firefighters appeared to be performing extensive work on the structure, with two ladder trucks active and personnel breaking out large windows from the inside.

Crews were also sawing at the roof and breaking off pieces of siding to ensure the fire had not spread to inside the walls.

The fire was ruled under control at about 9:50 a.m., Hargrove said, but firefighters were still working to get the blaze fully extinguished.

“I’m not going to say it’s totally out yet,” he said then. “They’re still chasing a few spots.”

At least six RFD engines responded in addition to Racine Police, the Racine Fire Bells and We Energies. Personnel was still on the scene well after 11 a.m.

The cause of the fire was deemed “unattended cooking” by RFD’s evening press release. The release did not elaborate.

It was not immediately clear who was in the community center — which is city-owned — or why they were there. City Parks and Recreation staff left the building following a routine checkup about 20 to 30 minutes before the fire, according to Racine Parks Director Tom Molbeck.

Locke said the four people inside were not zoo employees.

As to the building, which appeared to suffer severe damage to both its interior and exterior, Molbeck said shortly after noon that he had not been in the facility yet and it was too early to tell what may happen to the center.

“I’m sure there will be a time this afternoon or tomorrow where we’re going to have to make a decision,” he said.

RFD’s press release was similarly dubious, saying, “A comprehensive damage assessment will be necessary to determine if the building is salvagable.”

The building was the site of the former Belle City Senior Center, which closed in 2011.

It was also supposed to be the site of the zoo’s conservation nation program where families were invited to join zoo staff for animal encounters, crafts and games.

RACINE — The Racine Zoo announced it will offer the Andis Foundation's Conservation Nation program for a second year. The program runs from 6 … 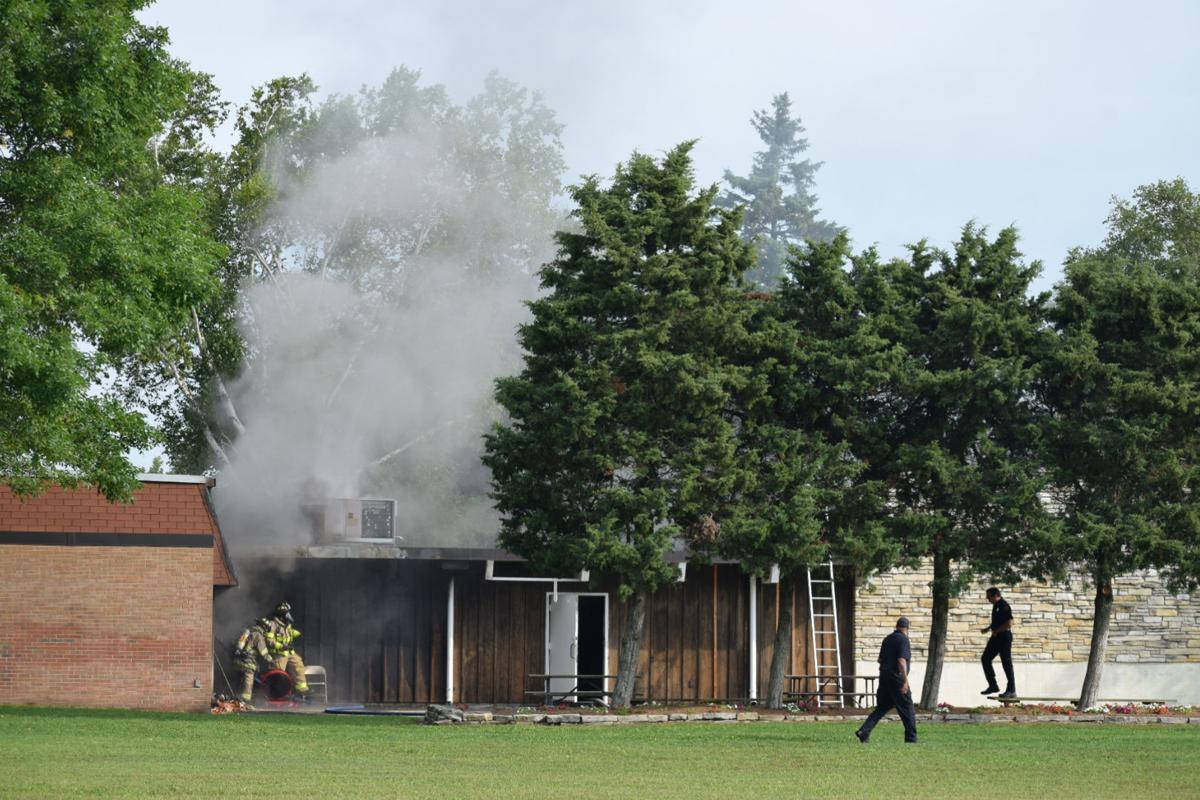 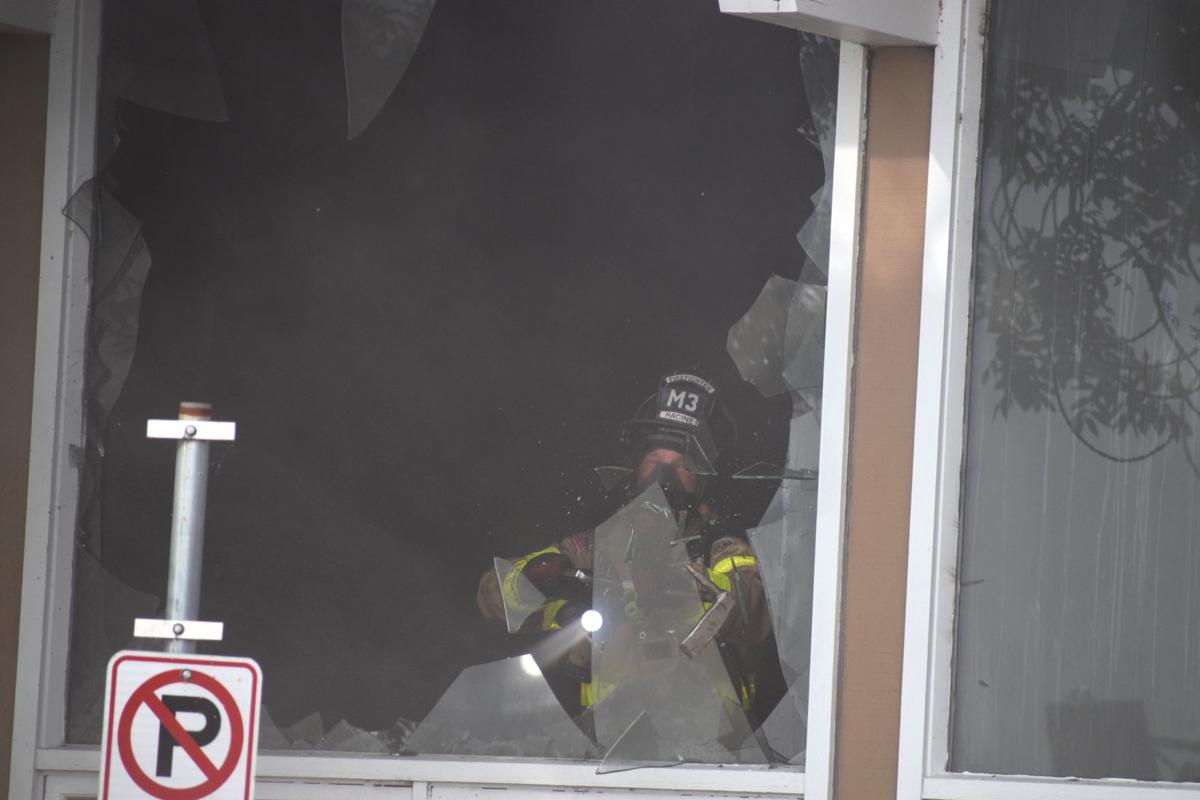 A Racine firefighter breaks out a window Wednesday morning while fighting a fire at the Lakeview Community Center, 201 Goold St.