MADISON — Two men were charged Friday for their alleged roles in separate incidents on different nights of protest in Downtown Madison last summer: one for allegedly stealing the still-missing head of the Colonel Hans Christian Heg statue, the other for the theft of a police rifle.

A criminal complaint charged Rodney A. Clendening, 34, of Beloit, with felony theft after police officers said they identified him as the driver of a car into which the head of the abolitionist statue was placed on June 23, after a group of people, using another vehicle to assist the group, pulled down the statue of Heg during a destructive night Downtown.

Another statue, “Forward,” was toppled the same night.

In a different case, Denzel A. Jackson Jr., 21, of Madison, was charged with stealing an AR-15 rifle from a Madison police squad car as it was battered, spray-painted and ultimately set ablaze on May 30 just off State Street, the first night of protests over the police custody death of George Floyd in Minneapolis. Jackson was also charged with felony criminal damage to property.

An arrest warrant was issued Friday for Jackson. Clendening is scheduled to appear in court on Jan. 19.

A Wisconsin abolitionist who died in a Civil War battle, Heg lived in the Town of Norway in northwestern Racine County in the 1850s on a farm and later moved to Waterford. He served on the Norway Town Board and Racine County Board.

A statue identical to the one that was torn down on Capitol Square is located at Colonel Heg Memorial Park in the Town of Norway.

According to the complaint against Clendening:

After the Heg statue was pulled down, it was missing a leg and its head. Most of the statue was found in Lake Monona. Using footage from a city street camera, police saw a black Ford Crown Victoria with Texas license plates stopped on the Square near the intersection of East Main and South Pinckney streets. The car moved to allow a Nissan Murano, believed by police to have been used to pull down the Heg statue, pass by into the street.

The driver got out of the Ford and was recognized by a Madison police officer as Clendening.

Clendening walked toward the Heg plinth, just out of the camera’s view, and came back into view alongside two other men who were carrying Heg’s head. One of the men put the head into the trunk of the Ford.

After the trunk was closed, Clendening went back to the driver’s seat and drove off. The car was seen a short time later on video footage at John Nolen Drive and East Wilson Street. A man who appeared to be Clendening got out and ran toward South Blair and East Wilson streets. A short time later, he was seen standing near a man police say was the driver of the Nissan used to pull down the Heg statue.

The cost of recasting a head for the Heg statue and attaching it is estimated at $51,600. The Heg and “Forward” statues are expected to be reinstalled on the Capitol grounds by the middle of this year.

State Department of Administration media contacts did not respond to a message asking whether the Capitol police have talked to Clendening about the location of the missing head.

Catch up on these stories on some of the most notable crime-related news we've covered recently. 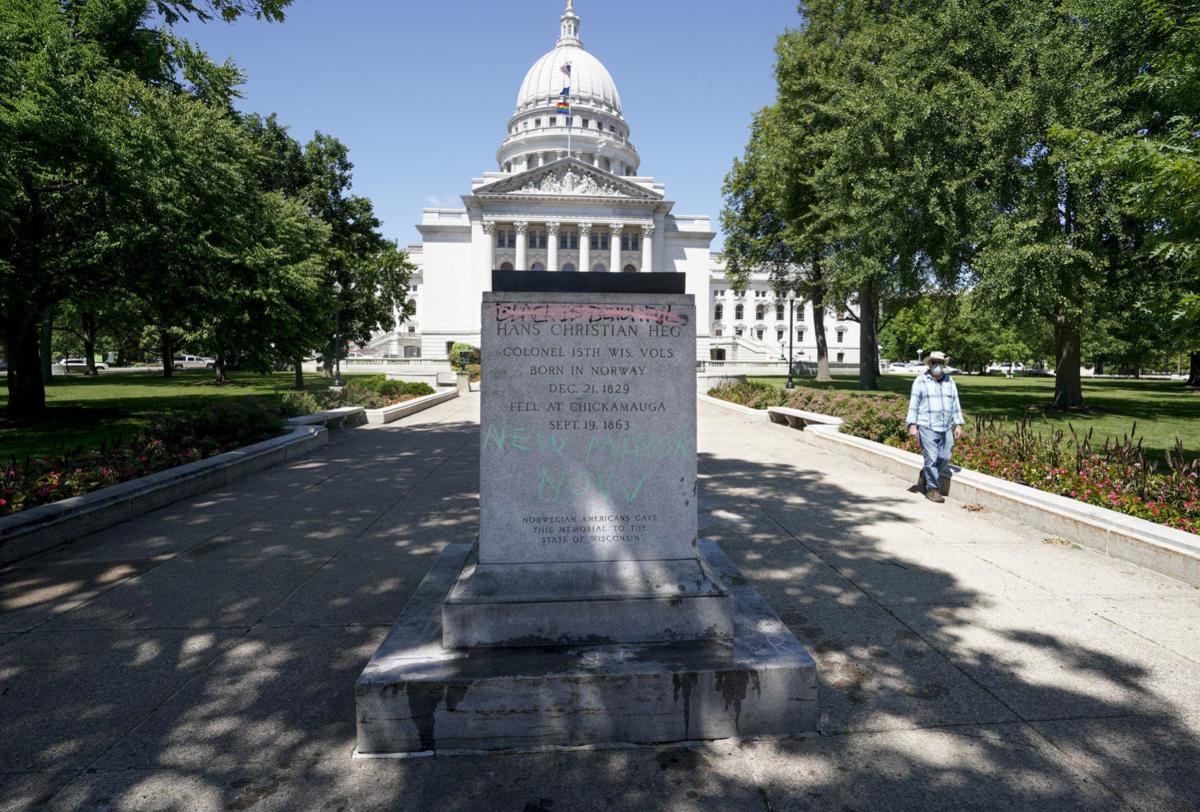 An empty pedestal where the statue of famed abolitionist Col. Hans Christian Heg stood. Protesters also assaulted a state senator and damaged the state Capitol on June 23 after the arrest of a Black activist earlier in the day. 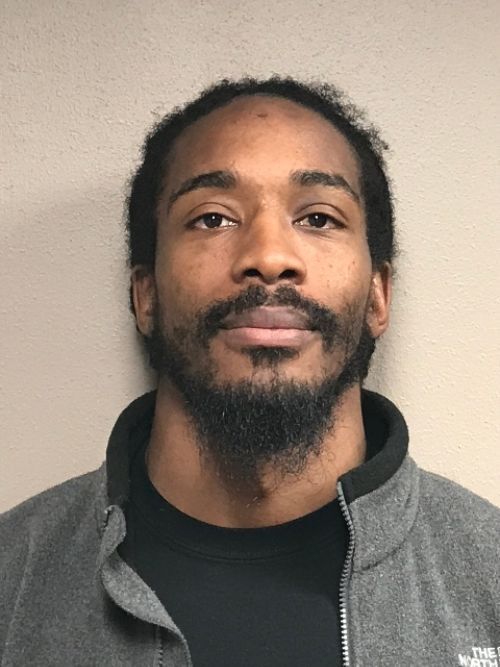